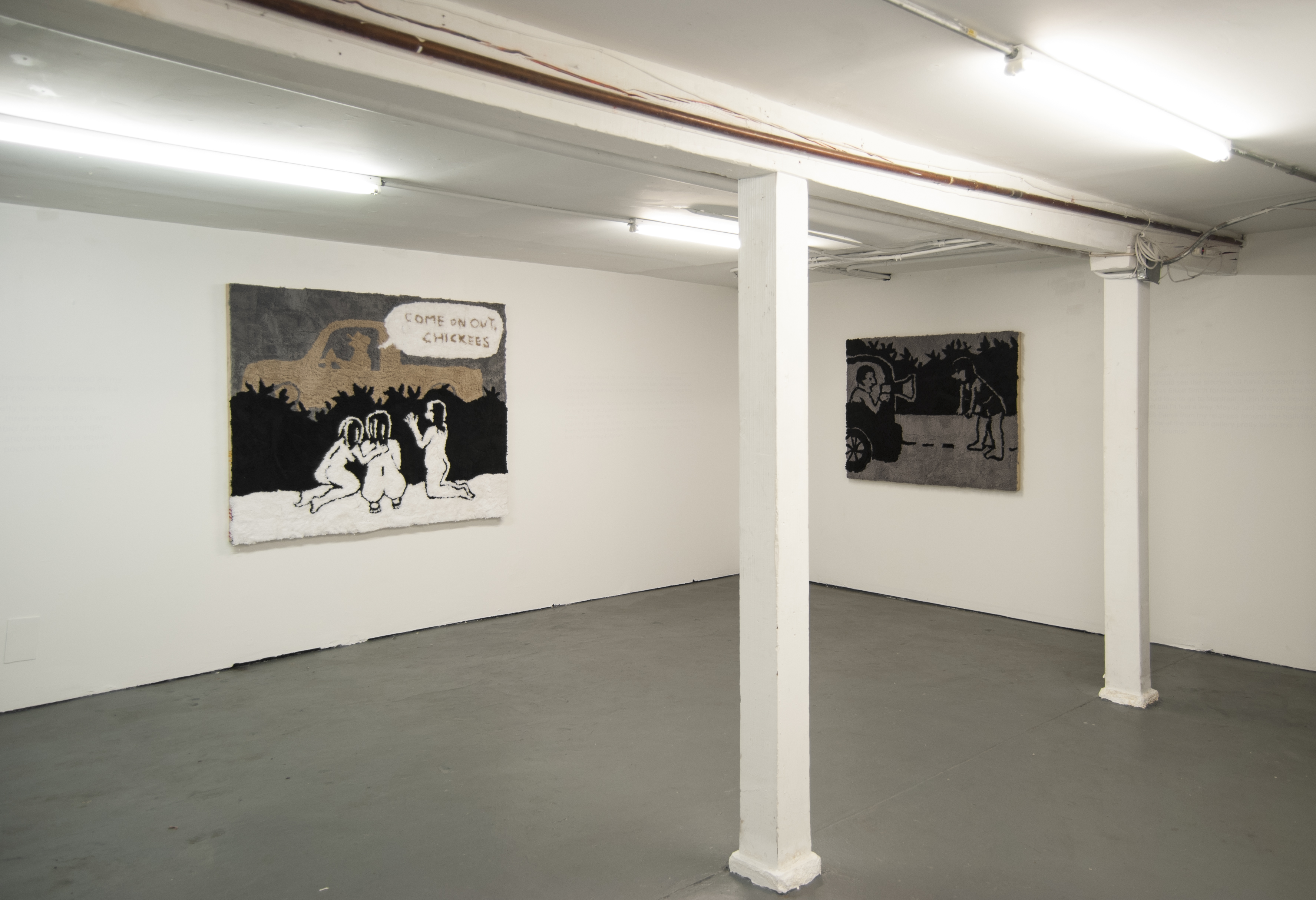 In an interview last year with the website Inside\Within, Jessica Campbell said that she was starting to draw connections in her mind between stand-up comedy and adolescence. Her work is rife with humor, from her feminist performance art to her deadpan comics to her installations, such as “Teen Room” which features a cheeky “Reading is Sexy” poster. The pieces on display in the basement gallery at The Mission make the connection between comedy and adolescence through the vulnerability of life. The work tells the story of Bria, a childhood friend who recently passed away.

Upon entering the space, you are first drawn to the large works hanging on the far wall, scenes from their young adulthood made from hand-cut carpet scraps. One shows three naked girls crouched behind a row of bushes, a speech bubble coming from a truck reads, “Come on out, Chickees.” In another, a dark-haired girl sits with her arms wrapped around her knees in front of rows of bottles. As you approach these works, you notice the wall text. Barely visible in a purple ink that looks like it would glow in blacklight, Campbell has shared an email from her friend. Spread out into four parts, it starts out straightforward enough, with Bria happy to have heard from the artist. As you read on, though, you learn about Bria’s struggles with meth and a recent suicide attempt. She tells the story almost playfully, juxtaposing what happened with updates on her art practice. 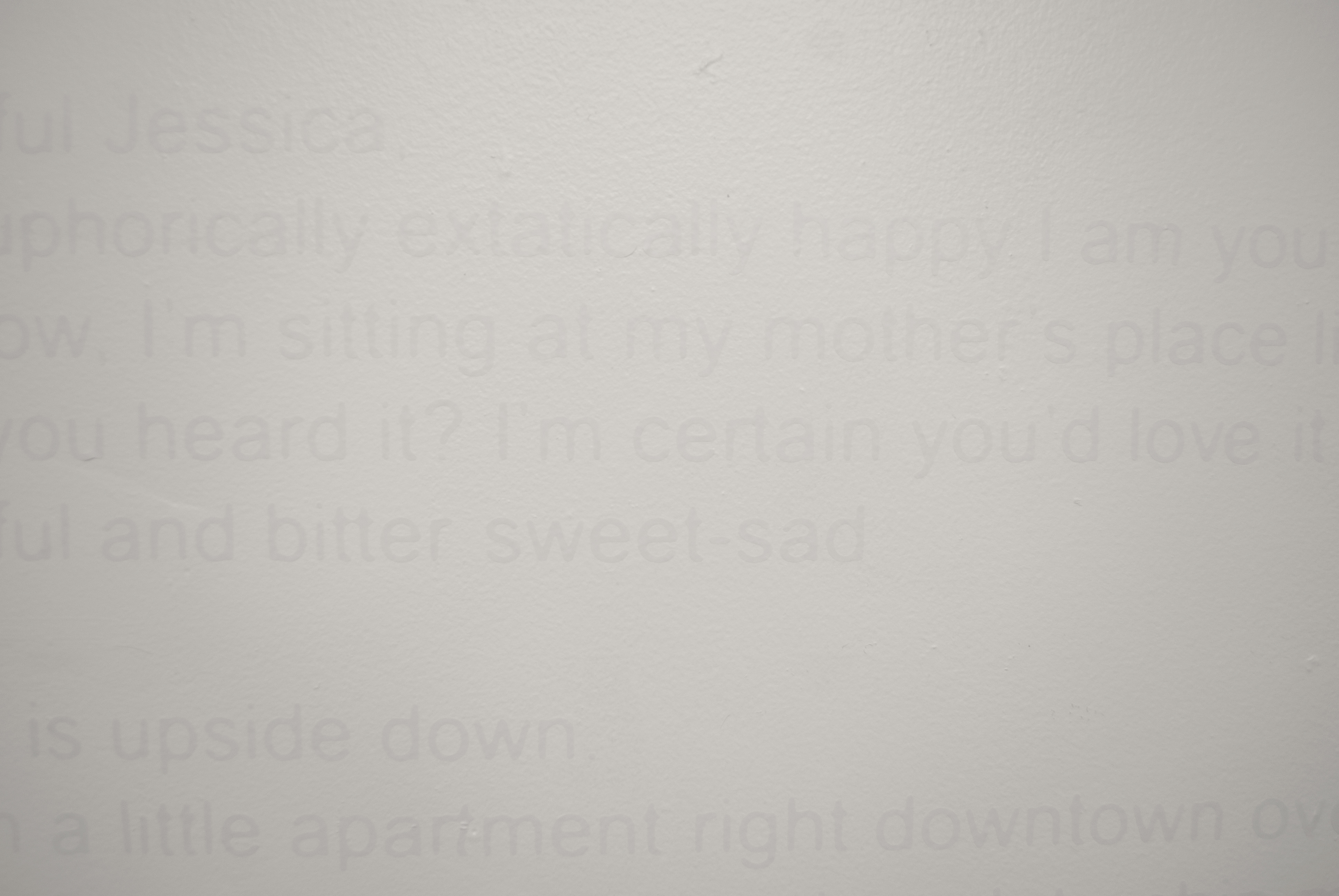 Jessica Campbell, Detail of “Bria,” 2016. Site-specific installation in The Sub-Mission.

As a viewer, you can see Campbell trying to make sense of these memories. “We were sad girls…each often describing the other, perhaps hyperbolically, as our ‘only friend,’” Campbell writes about the show. Also on view are three black and white drawings depicting items that would be right at home in a teen girl’s room: an image of Wonder Woman, the cover of Adrian Tomine’s comic “32 Stories” and a pack of cigarettes. Our teenage friendships are often our most formative. Campbell, who regularly draws from her own experiences, creates a beautiful scene of her late friend’s life: messy, imperfect, vulnerable and true. (Kerry Cardoza)

Through October 22 at The Mission, 1431 West Chicago