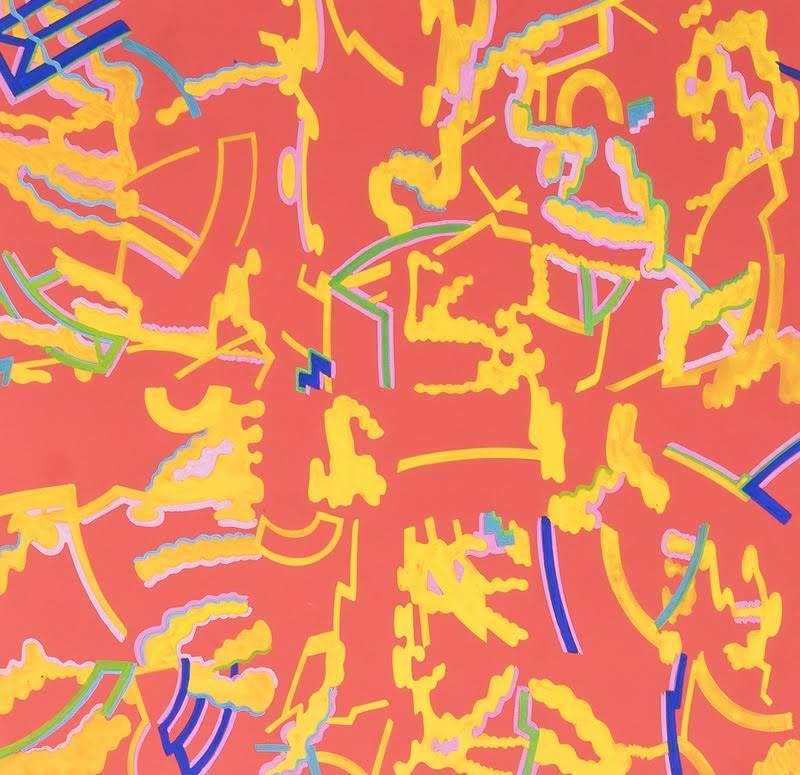 With its grid-based, straightforward clarity, Swiss Style Modernism ruled the world of commercial graphics when Fred Troller relocated from Zurich to New York City in 1961 to run the design department of the Geigy Chemical Corporation. In 1968, he established his own design firm, Troller Associates, and produced a prolific number of corporate design portfolios. This exhibit does not include his commercial work, but that work resembles the bright geo-form paintings made ten years later. Two such pieces are on display. They’re the sleek, impersonal and intimidating kind of Modernism that is more suited for marketing than sustaining viewer involvement. They would serve well as banners for an Olympic event or a new shopping mall.

We are also shown other kinds of art that he made. In the 1950s, he experimented with various thicknesses of paint and applied fabrics to provide a full range of texture. With muted earth tones and clunky, stiff shapes, his paintings feel vulnerable and repressed. Rather than asserting a design, they collect feelings randomly. From the 1960s, we find several monochrome works on paper. They feel clotted, awkward and painful. Evidentially, his personal life was challenging, in contrast to the confident façade he created for an international corporation.

In that decade, he also produced sculpture halfway between Constructivism and Pop Art. Not quite formalist, yet not quite ironic, they resemble large mechanical toys. Easy to like, and just as easy to forget, they entered the postmodern art world at the Whitney Museum’s “Young America” show of 1965. He was not especially facile at designing in three dimensions. 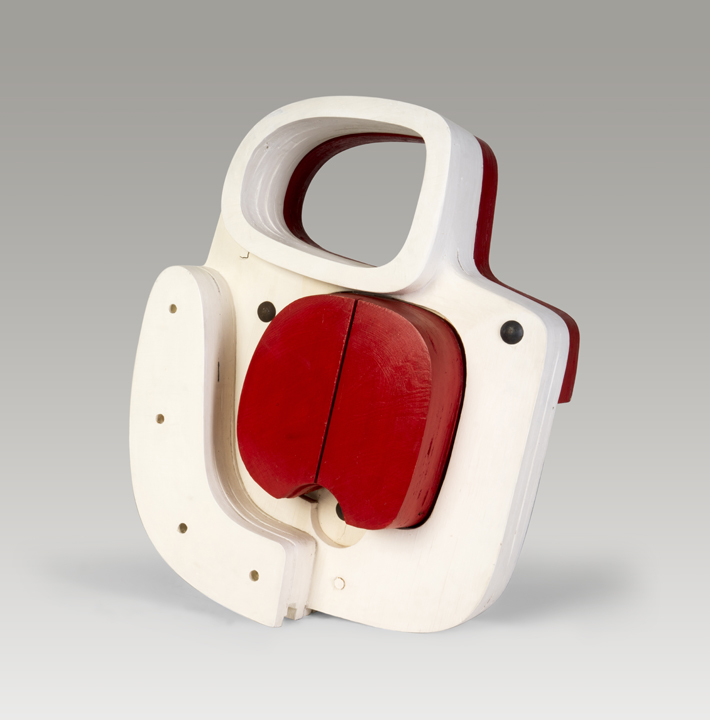 Then something positive and exciting must have happened. Did he quit his day job? Was this buttoned-down European swept away by the exuberant American counterculture of the time? In the later seventies he returned to painting, and the results are ecstatic. His inhibitions are gone, but not his precision. Strong colors joyfully spin outward in a maze of swirling, interlocking shapes. The energy crackles. Always a world traveler, these later works seem to echo the graphic intensity of Islamic as well as Pre-Columbian design.

As it turns out, this modest retrospective can tell an upbeat story of self-realization in the contemporary world. (Chris Miller)