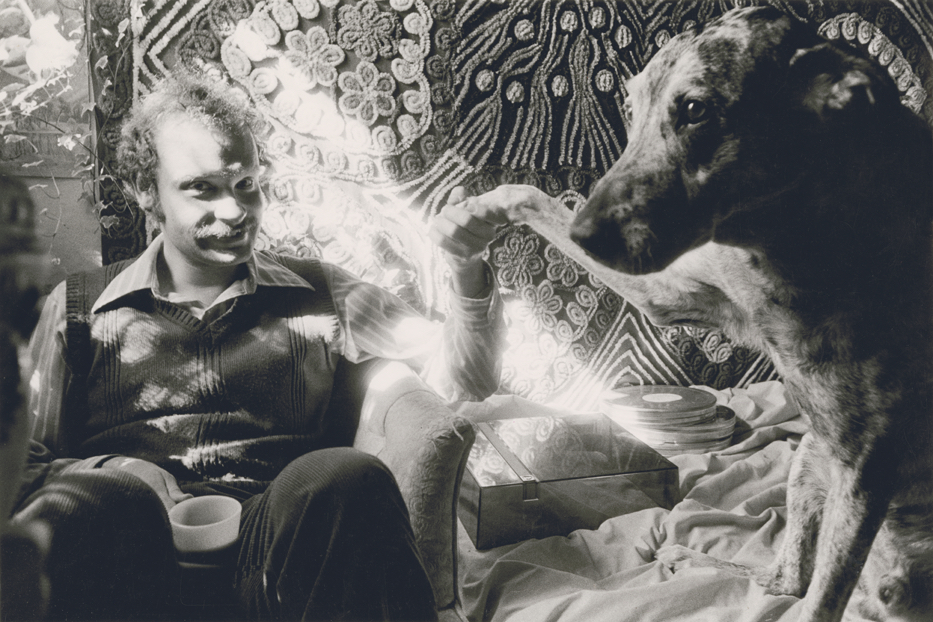 Filmmaker George Kuchar is the pioneering hero of West Coast weirdness of the last half century. His kitschy, queer and do-it-yourself aesthetic existed before the terms were synonymous with aspects of contemporary art, and it is largely because of Kuchar that they are now. While the filmmaker’s subject matter was as wide as it was far out, he always returned to interiority, examining all of life’s glory messiness through moving images.

Born in the Bronx in 1942, he accepted a teaching position at the San Francisco Art Institute in the beginning of the 1970s, where he taught until his death in 2011. Establishing his appetite for self-documentation, Kuchar filmed himself and his canine companion, Bocko, through their cross-country trek. It was that material and the recollection of the trip that became the touching and idiosyncratic film, “The Mongreloid” (1978); a nine-minute work that looks back at the beginning of their new life together out West.

In the exhibition, “George Kuchar: Bocko,” curator and SFAI graduate Jordan Stein used the film as a catalyst to trace Bocko as Kuchar’s muse. In the intimate space of Iceberg Projects, a cozy coachhouse with a yard any dog would love, the life of Bocko is slowly unfolded through rarely or never before exhibited archival photographs, correspondence and an ecstatically exposed oil portrait. The exhibition text by Stein comprises intimate and anecdotal exchanges that Kuchar no doubt would have loved. 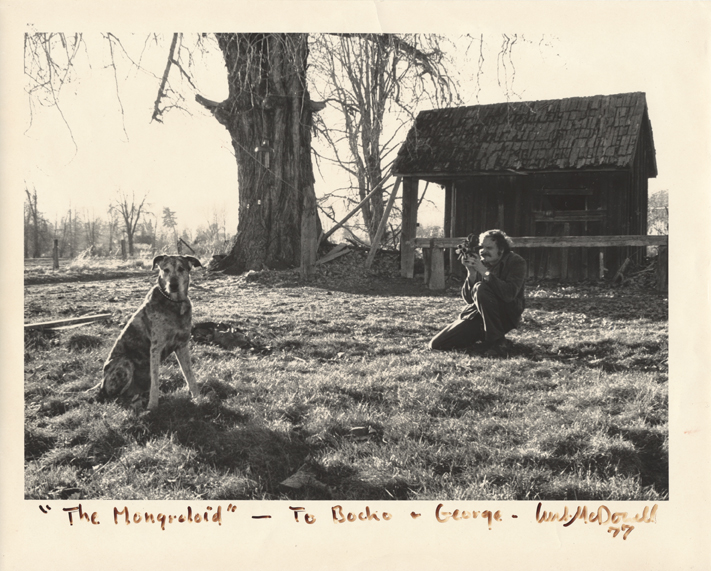 Among the many personal subjects of Kuchar, pets were a consistent inspiration. Bocko in particular was perhaps the Freudian id of Kuchar’s psyche. In interviews, the artist noted that of his most diaristic work, each was created with the hope of reliving the moment endlessly on screen. In “The Mongreloid,” the past is reconsidered through Kuchar using the dog as a lense to examine their then-present, knowing that what is being captured through film has the capacity to be seen forever. In this way, the celebratory and charming mood of Bocko’s life as told by the exhibition mirrors the life and many memories of George Kuchar. (Brit Barton)

By appointment through October 30 at Iceberg Projects, 7714 North Sheridan