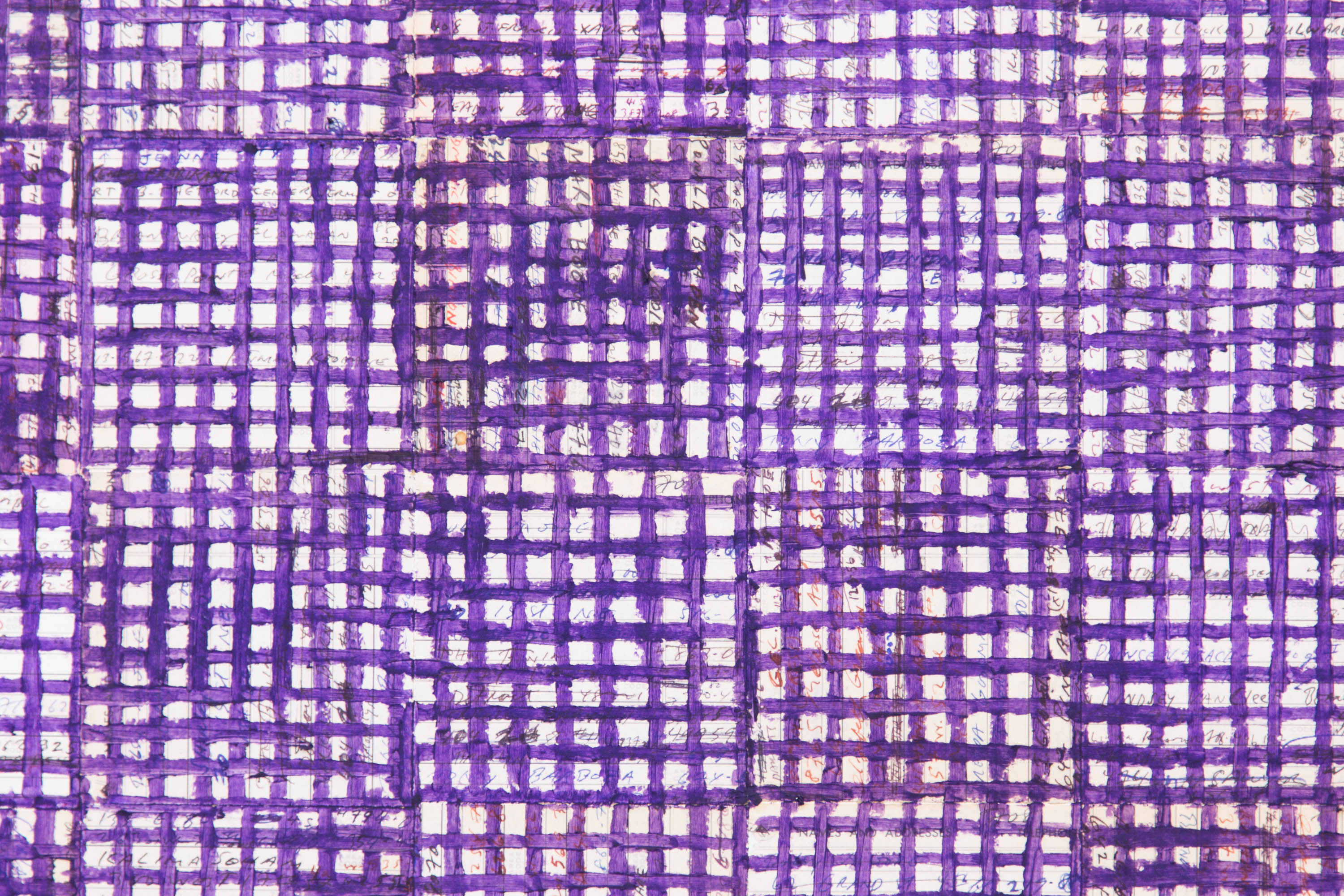 Although he created them just this year, the works in McArthur Binion’s newest series feel steeped in time and memory. In this exhibition, the Chicago-based artist continues with a signature practice he developed while living in New York City in the 1970s, where he relocated after receiving an MFA from Cranbrook Academy of Art as the institution’s first African-American graduate. Binion’s technique of pressing a crayon or oil stick onto the hard surfaces of board or aluminum has positioned him uniquely within the abstract-minimalist tradition for several decades.

In “Seasons,” Binion’s layered marks form a series of grids. The physicality and repetition of the artist’s cross-hatching process results in pieces that are deceptively uniform from a distance, but upon closer inspection, are filled with variation and complexity. These grids, which are vast in scale, are neither rarified nor light, but are instead deeply visceral products laden with steady labor. Binion has compared this art process to childhood memories of picking cotton in Mississippi in the 1940s.

Beneath the grids is the weight of this work. On the surface of his boards, Binion applied photocopied fragments from the address book he compiled during his artistic beginnings in New York. Names and places, written in different inks at different times, allude to human networks and connections—a deeply personal map of relationships—many of which have certainly dissolved since he recorded them. 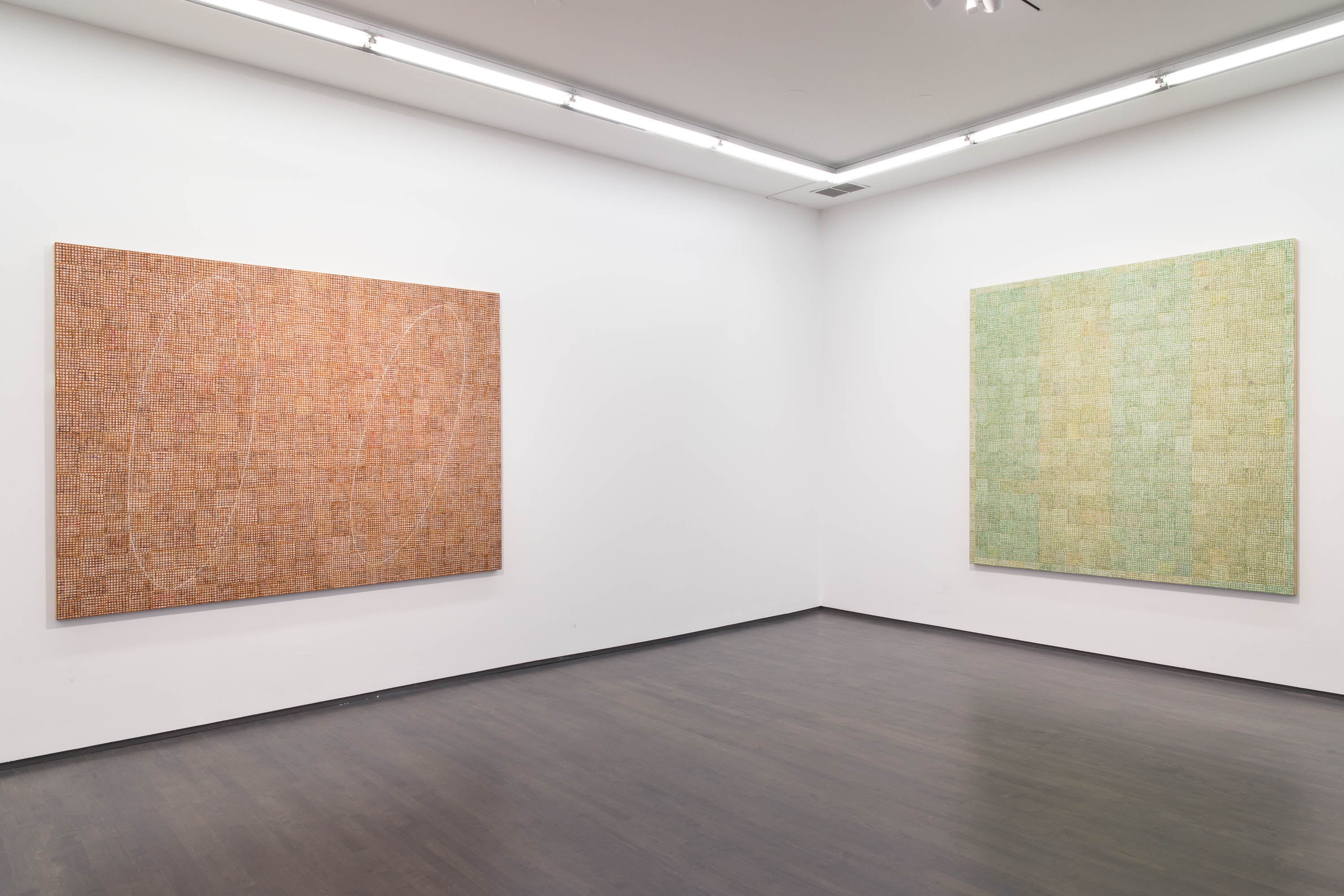 In this way, Binion’s works are not fully abstract, and are heavily imbued with narrative. In Binion’s “Honey” series, displayed in the gallery’s adjacent project space, photocopied images of the artist’s mother peek through overlaid grids—her smile framed at moments, and at others, her eyes. This reinsertion of personal memory—particularly those of a black artist working in a genre dominated by white personalities—makes the work feel deeply intimate. In his painstaking process, line by line, Binion marks the accrual of time that embeds itself in his working surfaces, much as time marks itself on and within the body. (Elizabeth Lalley)