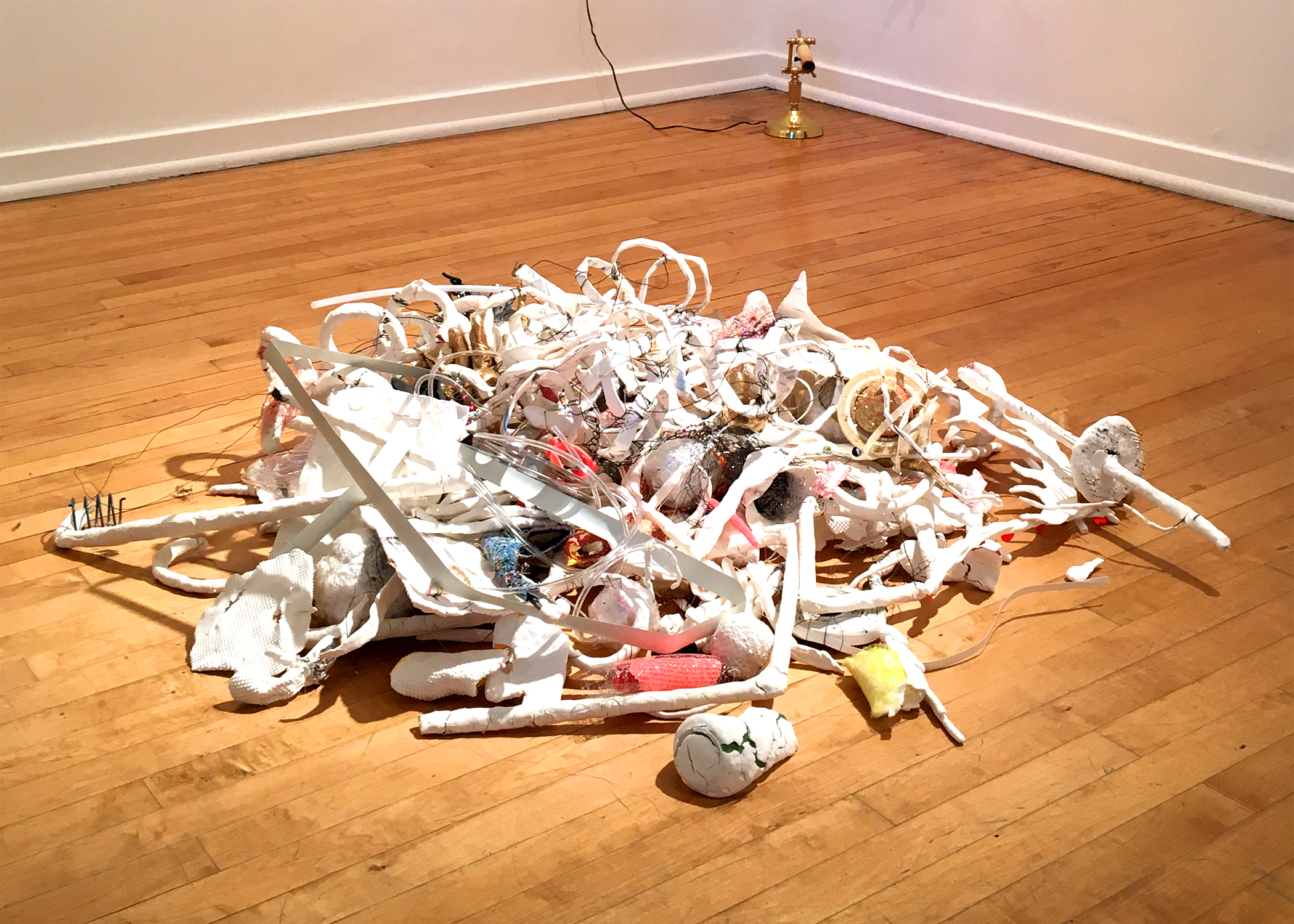 Although contemporaries in the 1960s, Henry Moore and Eva Hesse never collaborated on an exhibition. If they had, the stark, gender-related contrast would probably have resembled this current pairing of Fraser Taylor and Judith Brotman.

Brotman combines ordinary things, especially threads and wires, to express a certain tenuous yet passionate connection to life. Smaller and less heroic than the works of Eva Hesse, her aesthetic control of humble materials still provokes attention. This body of work was informed by Oscar Wilde’s “Picture of Dorian Gray,” though any connection to that Edwardian morality tale of depravity escapes me.

Far more obvious is the connection between Taylor’s recent work and its inspiration, Masaccio’s “Expulsion of Adam and Eve.” Marking the emergence of the natural, volumetric and expressive human figure, Masaccio’s fresco cycle in the Brancacci Chapel was a watershed in the history of European painting. Taylor’s figurative drawing echoes Henry Moore’s simplification and taste for brute, quiet strength, while also suggesting the physical and moral gravity of Masaccio. 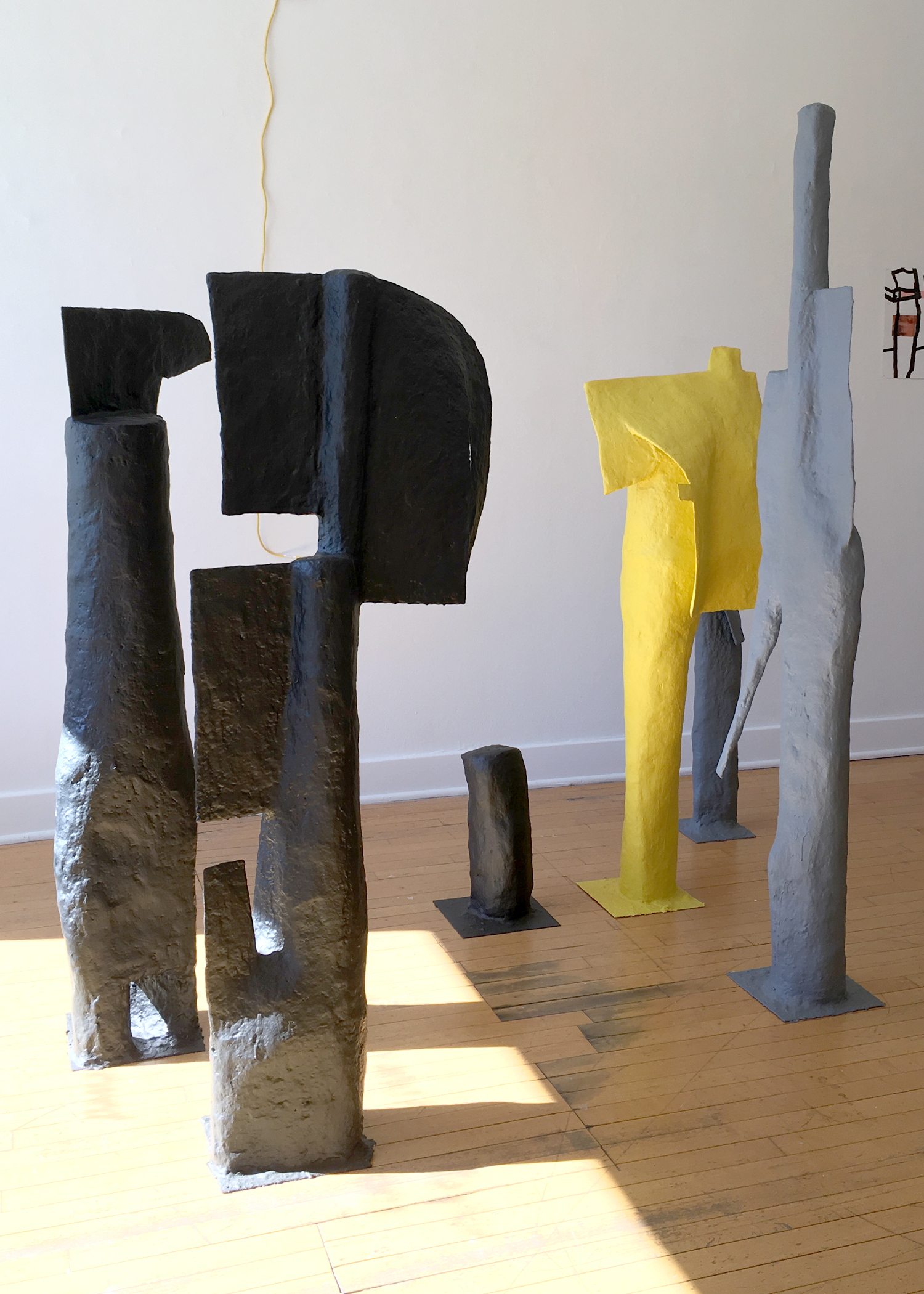 Both School of the Art Institute of Chicago colleagues exemplify current academic art at its best, addressing serious issues that require familiarity with the history of fine art as well as psychoanalytic theory. Displayed together, they evoke the Jungian archetypes of the animus and anima, the traditional masculine and feminine principles shared by both men and women. The size and texture of Brotman’s fibrous patches resemble the pubic bush, and Taylor often depicts the hanging penis. To compare them is to contrast the precious with the blunt, the static with the mobile, the pulling with the pushing, the delicate with the heavy. Brotman’s nervous mass of plastic/paper/fabric flotsam has drained to the center of one gallery floor just as Taylor’s awkward plinths have hesitantly arisen from the other.

Unlike iconic art of the past, they express no faith in humanity. Masaccio proclaimed a redemptive Christian narrative and Hesse carried the heroic attitude of Abstract Expressionism from paint to other materials. Taylor and Brotman seem more interested in sharing “missed connections” than in conjuring new ones. (Chris Miller)