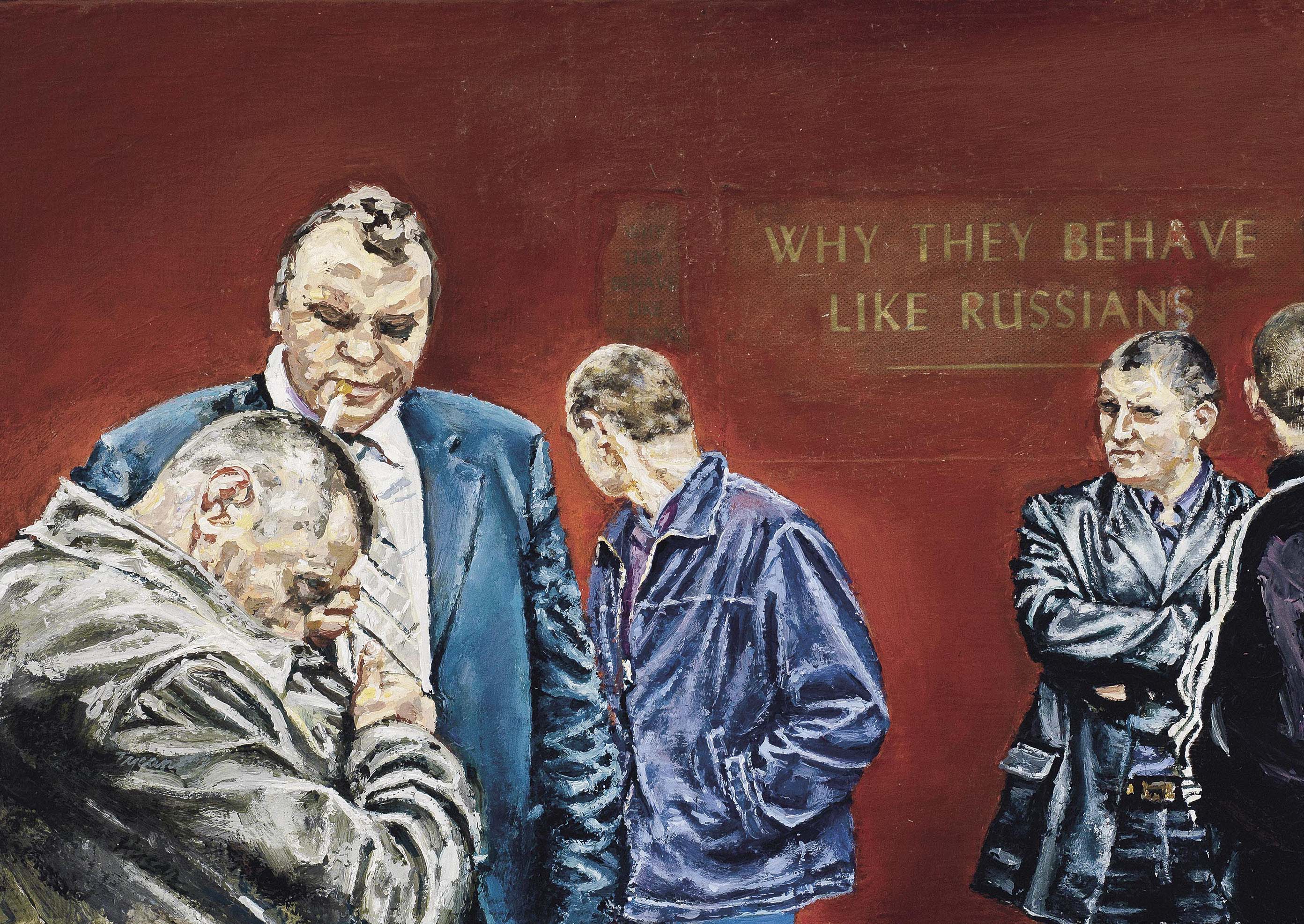 What do Ukrainian artists do when liberated from Soviet oppression and freed to connect to Ukrainian history as well as international contemporary art? Artists associated with the Ukrainian Institute of Modern Art have been addressing this query for more than four decades. Although often referencing ethnic and religious traditions, they have proclaimed the individual freedom and high spirits of a secular new world—they have held fast to Modernism.

The current exhibition, “Reality Check: Directions in Contemporary Art since Ukrainian Independence,” also involves artists who live far from Eastern Europe. But having recently checked “reality,” they decided that a brave new world isn’t so credible any more.

Yulia Pinkusevich, a California artist with both Russian and Ukrainian parents, has created a massive image of destruction and conflagration. Its wall-size cinematic fury recalls the twenty-five-feet Kamakura scroll “Night Attack on the Sanjo Palace.” It stands alone as a powerful painting, but to invoke “the aesthetics of protest,” it was stretched directly on the wall and connected by cables to sandbags stacked in the corner.

Natalka Husar, an American-born Canadian, has applied a cold, flat style of newspaper photojournalism to illustrate the covers of a proposed series of noir pulp-fiction about those who “behave like Russians. They represent an urban nightmare of gangsters, glaring lights and dead-end lives.” Raymond Chandler would feel right at home in these paintings. 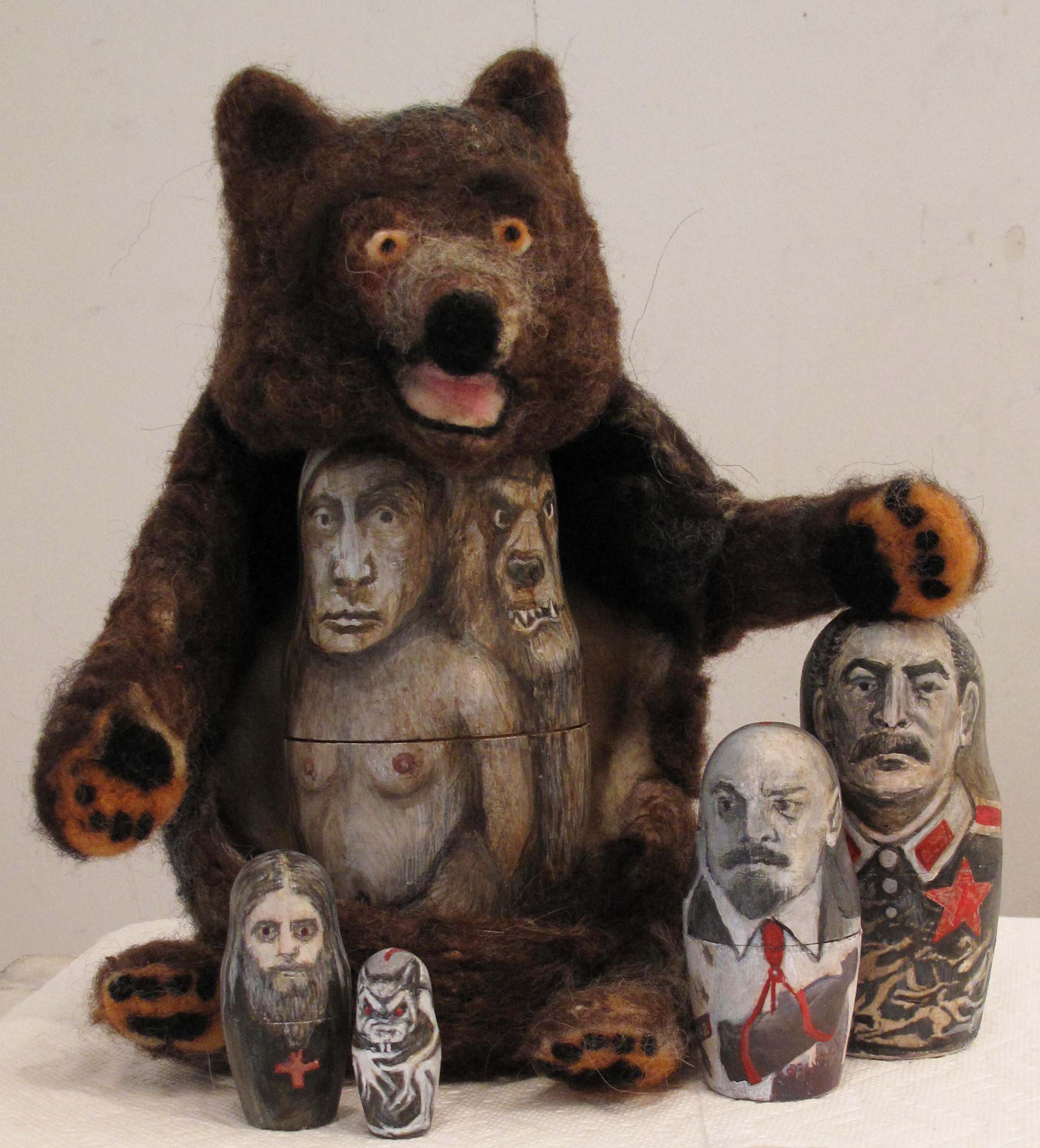 Explanatory signage accompanies both of the above, though it’s not really needed. The work eloquently presents dystopia all by itself. Explanations are, however, required for the rest of the show. Visuality has taken a backseat to concept, even when that concept is to “celebrate the balance and harmony found in nature.” Anna Bogatin’s geo-forms may be repetitive and tedious enough to participate in contemporary abstract discourse, but they lack the formal tension to evoke what she calls “beauty’s ability to evoke happiness.”

Other works may be of interest only to those engaged in contemporary art theory, as formal power is never allowed to distract the viewer from epistemological investigation. Ukrainian-American artists are apparently losing their visual idealism, just as the young Ukrainian state stands at the brink of dismemberment. (Chris Miller)

Through November 27 at the Ukrainian Institute of Modern Art, 2320 West Chicago