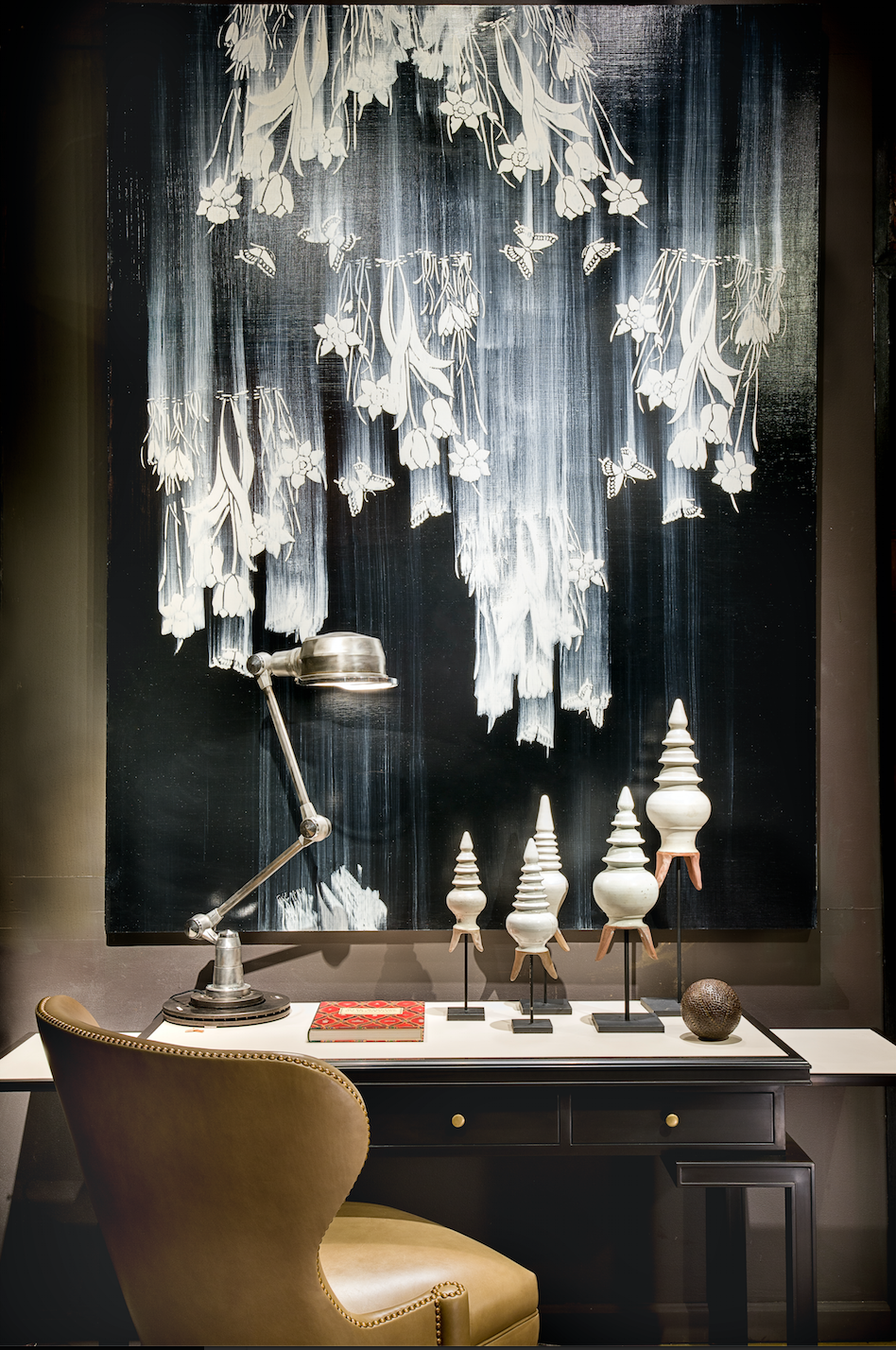 Some folks want a painting that looks good above the sofa, and it’s not difficult to see how effective the works of Adam Siegel can be, as here displayed in an interior design store. They offer an impetuous and occasionally angular contrast to the severe orthogonal lines of the empty white walls of a typical apartment. Their surfaces are rough and uneven, in contrast to the clean and polished veneers of furniture. Their edges are blurred and intermittent, in contrast to the continuous contours of firm objects. They appear to break rules instead of observe them, providing relief from monotony and stimulation for the eye. At the same time, they are also conventional. Sometimes they resemble dried flowers or rows of plates displayed against a wall. Sometimes they resemble blackboards on which a playful child has swirled a chalk-dusted eraser. Sometimes they incorporate old-timey illustrations of classical art or natural history, where the worn, antique surface has been freshened with scattered globs of thick, bright paint. They deliver the comfortably corporate promise: “I may appear edgy, alive and unconventional, but fundamentally, I am deeply conservative.”

Usually Siegel’s paintings do not reward close or lingering inspection. His wanton brush strokes do not resolve into careful design. His colors do not interact with each other so much as they reach out to their surroundings. There is no tension at the edges. They are not windows into a special, tightly controlled world of meaning and feeling. They do not express the life of a bold individual, faith or civilization, even when they borrow classical European or Asian tropes. They are best seen in a casual glance and the gallery often treats them as background—a row of stacked bowls echoes the orange circular shapes within the painting behind them. Elsewhere paintings may be partially obscured by sprays of dried foliage or antique sculpture. Yet always Siegel’s work looks good and raises the energy of the room. And sometimes, as he builds layer upon layer of energized elements, he exemplifies the human appetite for endless excitement that would demand respect even in a pristine, white gallery of fine art. (Chris Miller)