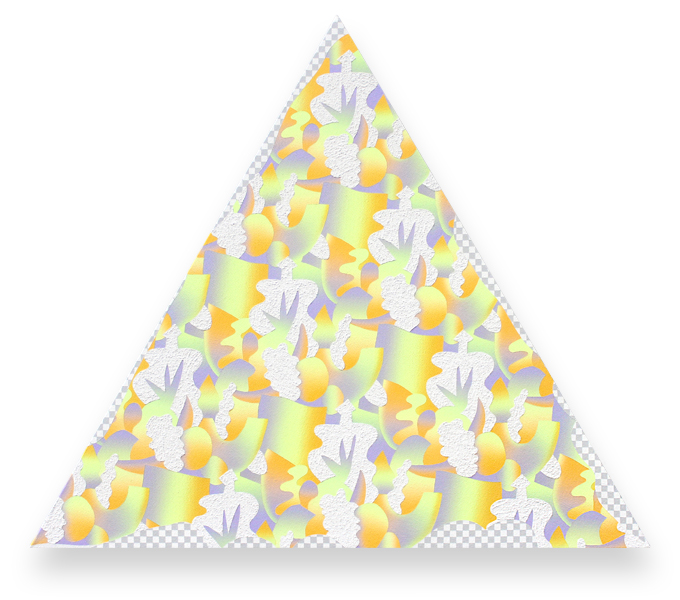 Interspersing the work of three millennials, this exhibit is an upbeat homage to better-living-thru-technology without the nods to personal angst, social justice or identity politics that also concern contemporary society.

Most upbeat are the frenzied figure-ground, repetitive painted patterns by Brooklyn artist Morgan Blair. They borrow the precision, tireless energy and mindless chatter of television commercials as lusciously displayed on a flat-screen monitor, without the annoying confrontation presented by Imagism or Pop art. Slices of imagery have been arranged into dynamic patterns that feel sweet and enjoyable, despite provocative titles like “Ted Cruz and Tom Cruz and Ted Bundy Take Poppers on Tropical Cruise Simulator at King of Prussia Mall (King of Prussia, PA)…” 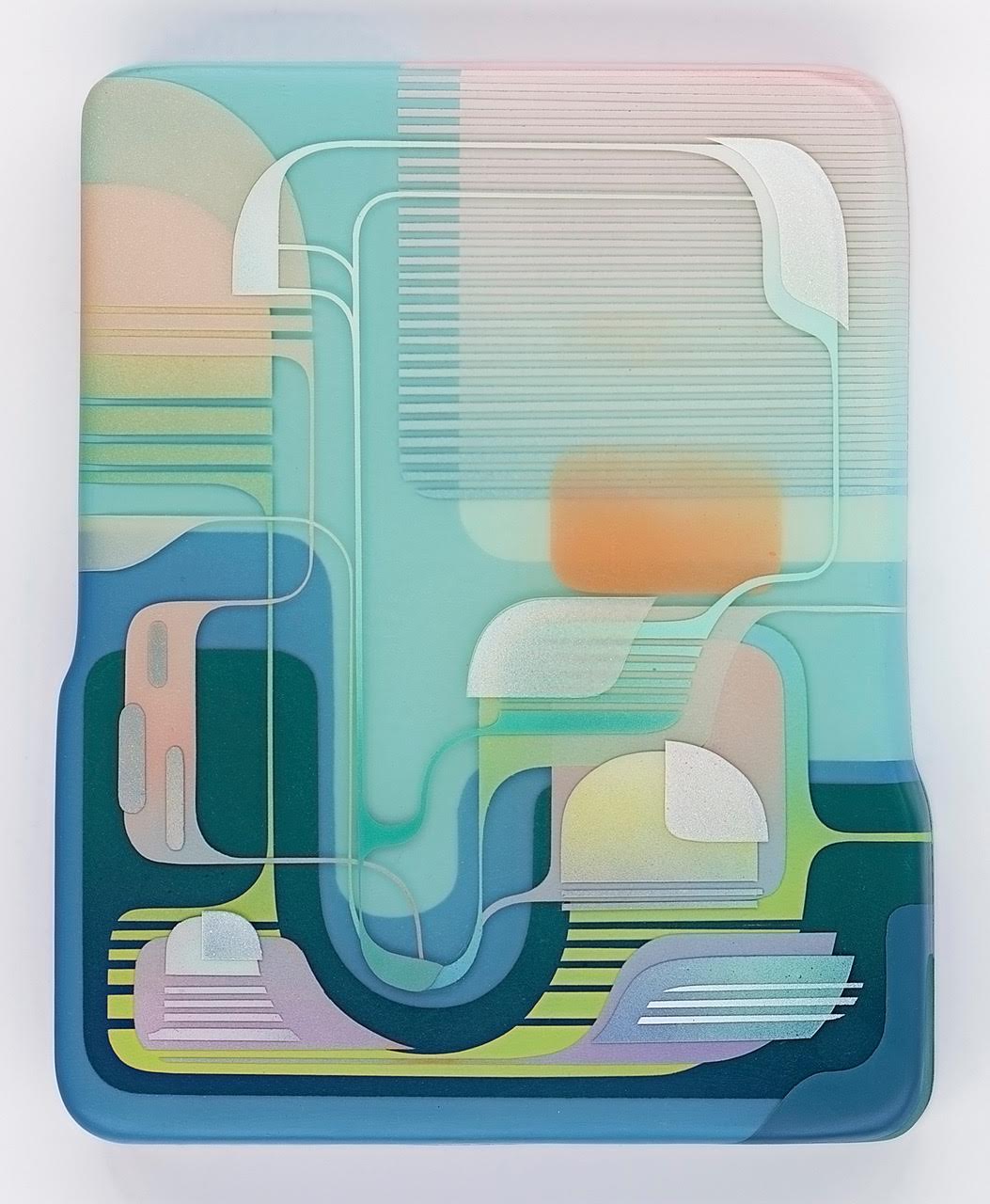 The acrylic panels fabricated by the southern Florida artist Francesco Lo Castro are a throwback to earlier eras of design. With their aerodynamic and impersonal forms, they suggest Art Deco as well as circuit boards. They would really improve the decor of cabins of commercial aircraft. Yet they also have a kind of slithering, internal, downward movement that creates a darker, more complex mood, so perhaps they are better suited for the VIP lounge. 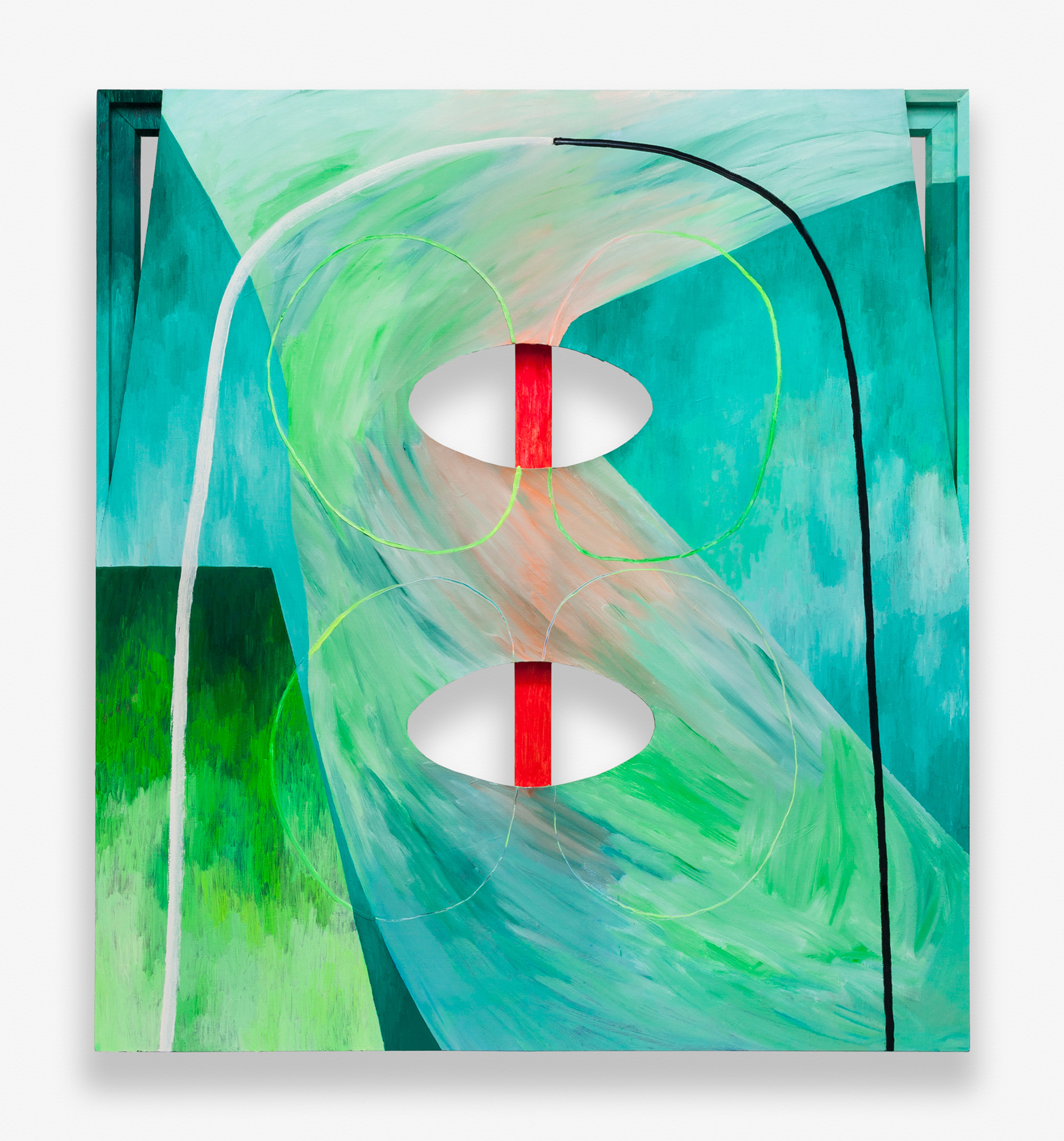 Chicago-based Zoe Nelson concerns herself with the technology of perception and self awareness. She has produced the largest pieces in the show. They are more like doors than windows, as they open onto new worlds of understanding. They are non-figurative and reference no traditional narrative, but recurring egg-shapes and cut-through openings in the canvas suggest icons of veneration in feminine cultic mysteries. Nelson paints the exposed stretcher as well as the canvas. Both are wonderfully and efficiently painted, so the mind can focus on how carefully, if unconventionally, everything has been done.

What the work of all three artists have in common is the element of surprise, as if you had never seen anything quite like it before. And all are maximalist, squeezing all they can from their limited space on the wall. They exemplify the fecundity of contemporary American art and the energy of this young gallery. (Chris Miller)