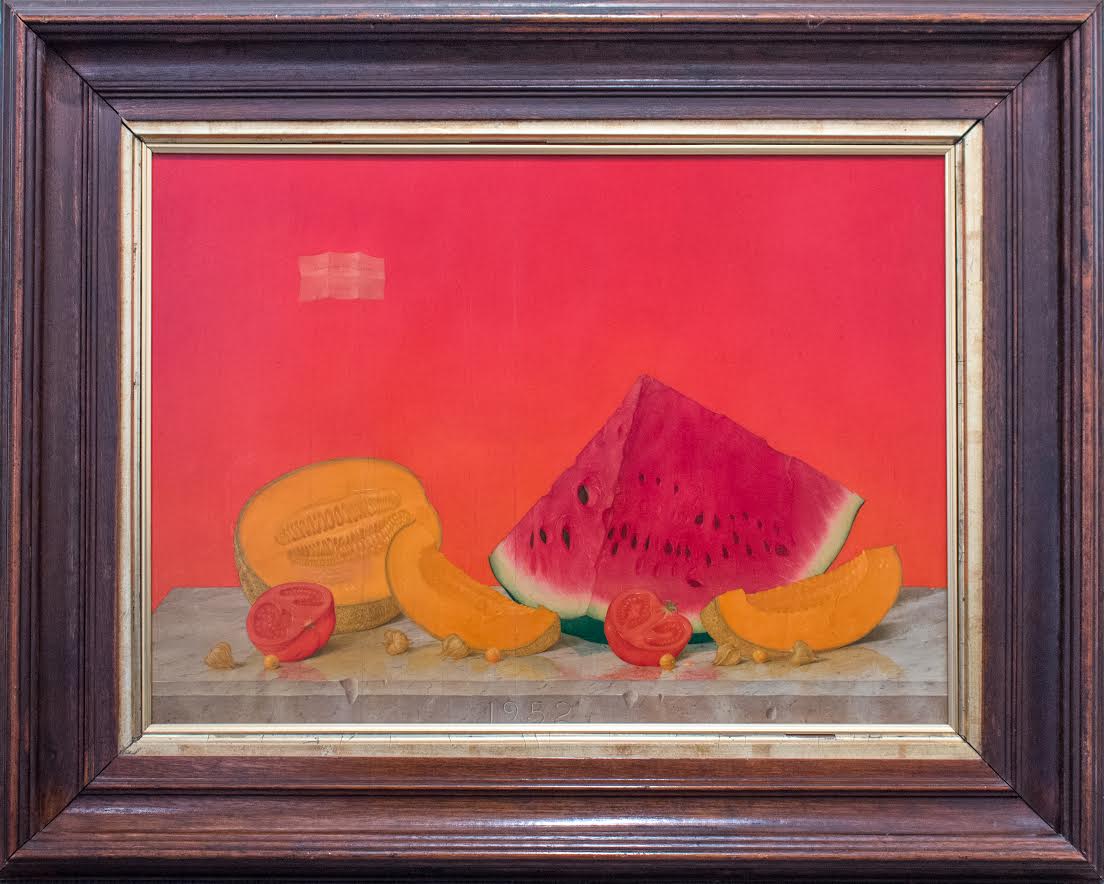 This show features five Wisconsin artists who “talked art, drank art, did art, loved art and as a group felt very superior and rather exclusive” in the middle decades of the twentieth century. That’s how one of their members, John Wilde, described them years later and apparently he thrived in that heady atmosphere. In 1985 he “reconsidered” work he had done in 1943 and the contrast is astonishing. What we see earlier as a dry collection of symbols was transformed into a rapturous visual field that must be seen in person. Such delicious intensity first appears in his 1952 “Still Life with Melons.” No erudite symbols this time, just seasonal fruit, but it could hold its own against kitchen still lifes by Matisse, Chardin and the many Dutch masters. It proudly proclaims a quirky sensuality that belongs to no time and place other than its own. Just as exciting are his erotic visions set into early Renaissance pictorial space. An erect penis may be found, but only if you look carefully. The only sensual stimulation they offer are the formal delights of shape, line and color within a brilliantly clear spatial ambiance. 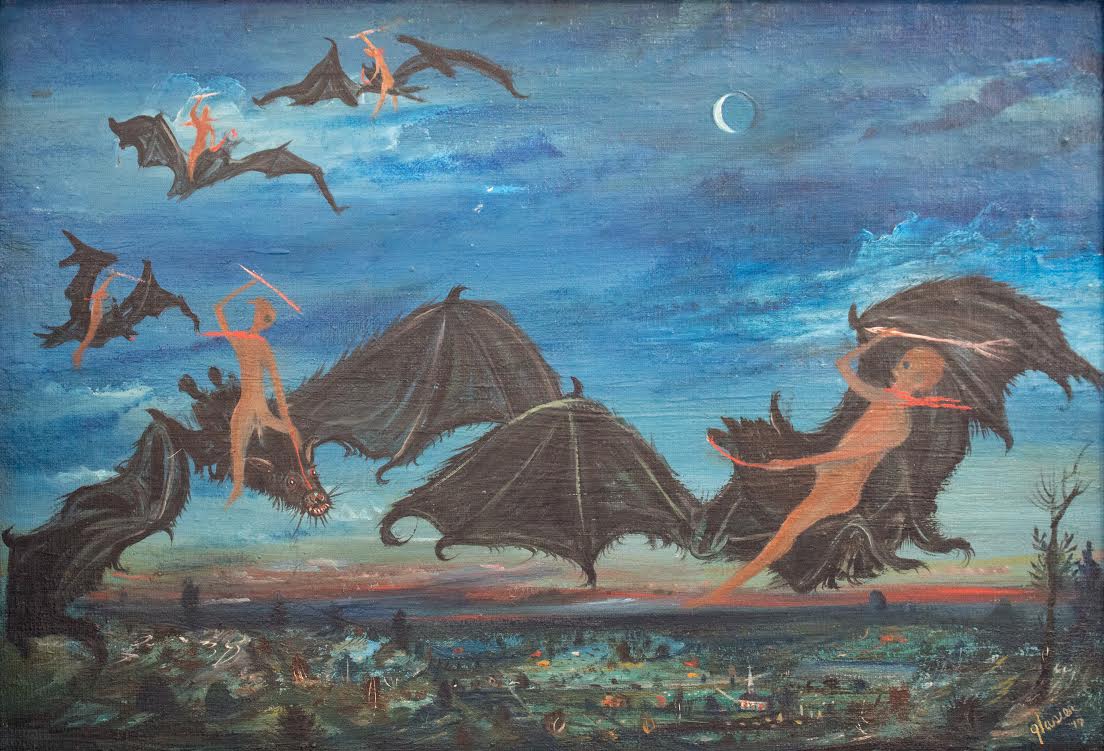 That intensity of visual pleasure is lacking in the work of his colleagues, though the lives they express may be more dramatic and less monastic. Karl Priebe expressed a personal involvement with artists and intellectuals of the African-American community with a sentimental figuration. With her husband away at war, Sylvia Fein expressed anxiety and loneliness with saccharine fairytale illustration. While all these artists echo Surrealism, Marshall Glasier was the one most closely aligned to that movement. Like the artists of Chicago’s Monster Roster, he created nightmarish imagery without much concern for visual appeal, even when depicting sea shells. Dudley Huppler was less involved with art history; his training was in English literature. His pointillist drawings of plants and vegetables occasionally suggested narratives, but their subjects never create a pictorial or graphic space around them.

This exhibit may introduce many Chicagoans to a vibrant Midwestern art scene with which they were unfamiliar. For me, it also introduces John Wilde, one of the best figurative painters of his generation. (Chris Miller)