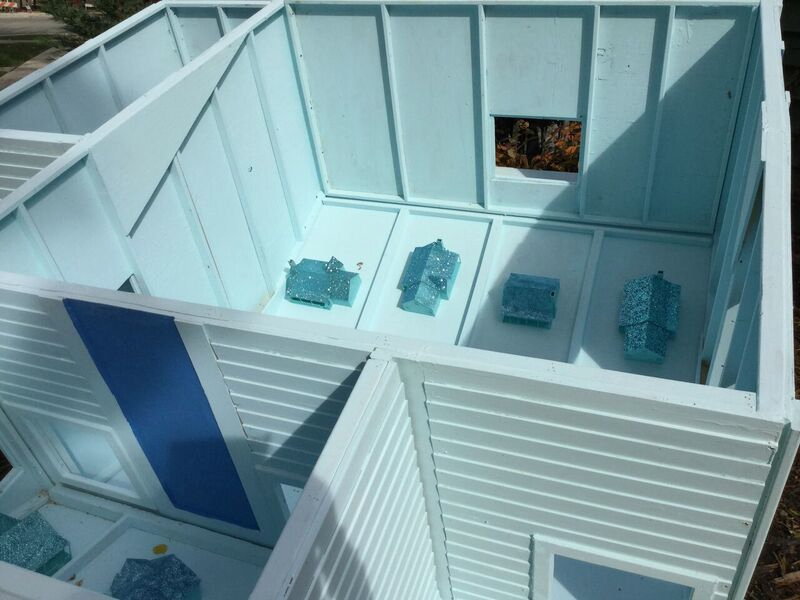 An unusual house has appeared on Highland Avenue in Oak Park. The pale-blue wooden structure rests on the front lawn at Terrain Exhibitions, the alternative exhibition space run by the ever-generous Sabina Ott. Like many of the installations that have been exhibited at Terrain, it’s an unusual and intriguing sight, amplified by the structure’s disorienting appearance amid neighborhood homes that suddenly find themselves in the company of a new dwelling. For this installation, Baltimore-based artist Zoë Charlton has translated a family history of home and land ownership into a spatially compelling model, which both upends and celebrates the notion of a replica, capturing a layered history within a single densely constructed form.

Three generations of Charlton’s family lived on nine acres of land in Tallahassee, Florida, beginning in an era when home ownership was rare for families of color. Eventually, the land was sold and developed. Constructing her model from memory, Charlton has turned the homestead upside down, resting the piece on its roof and allowing us to peer inside to glimpse its unexpected contents. Nestled in the slats of the roof-turned-floor are smaller model homes, bungalows and ranch houses, rendered in a deeper shade of blue. Their orderly positioning evokes a tiny, pristine subdivision, and each model has been thickly encrusted with glitter, rendering the pieces as flashy commodities. 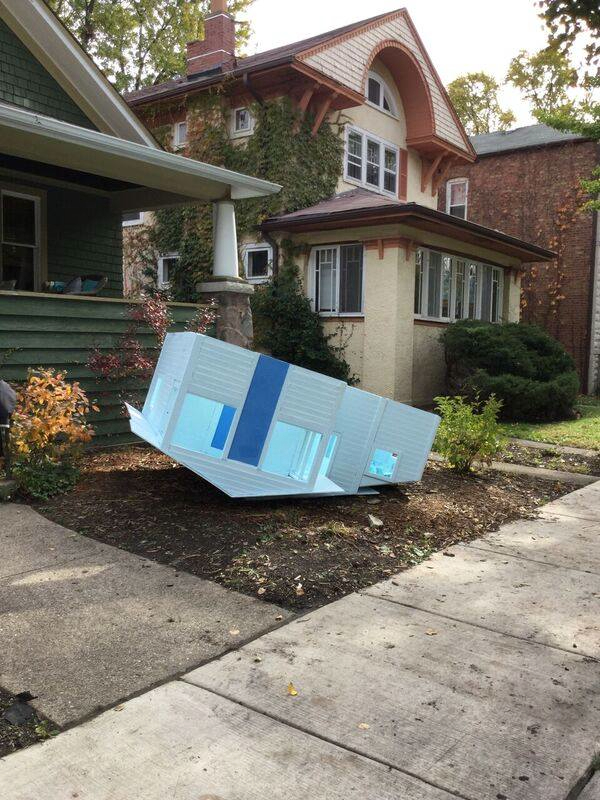 Embedded within the frame of Charlton’s family homestead like barnacles on the bottom of a ship, the model homes are placeholders for a real subdivision which now occupies nine acres on Paul Russell Road. The subdivision is gated, the houses uniform and the land broken up into tiny even parcels. The same land once surrounded the earlier homestead, which Charlton remembers as a place of constant comings and goings, visitors unbarred by security gates. By exposing the underbelly of the homestead’s development into a sprawling suburbia, Charlton’s gesture is both deeply personal and generous, meditating on the way family history embeds itself within a place and stays buried there, long after another narrative has taken its place. (Elizabeth Lalley)