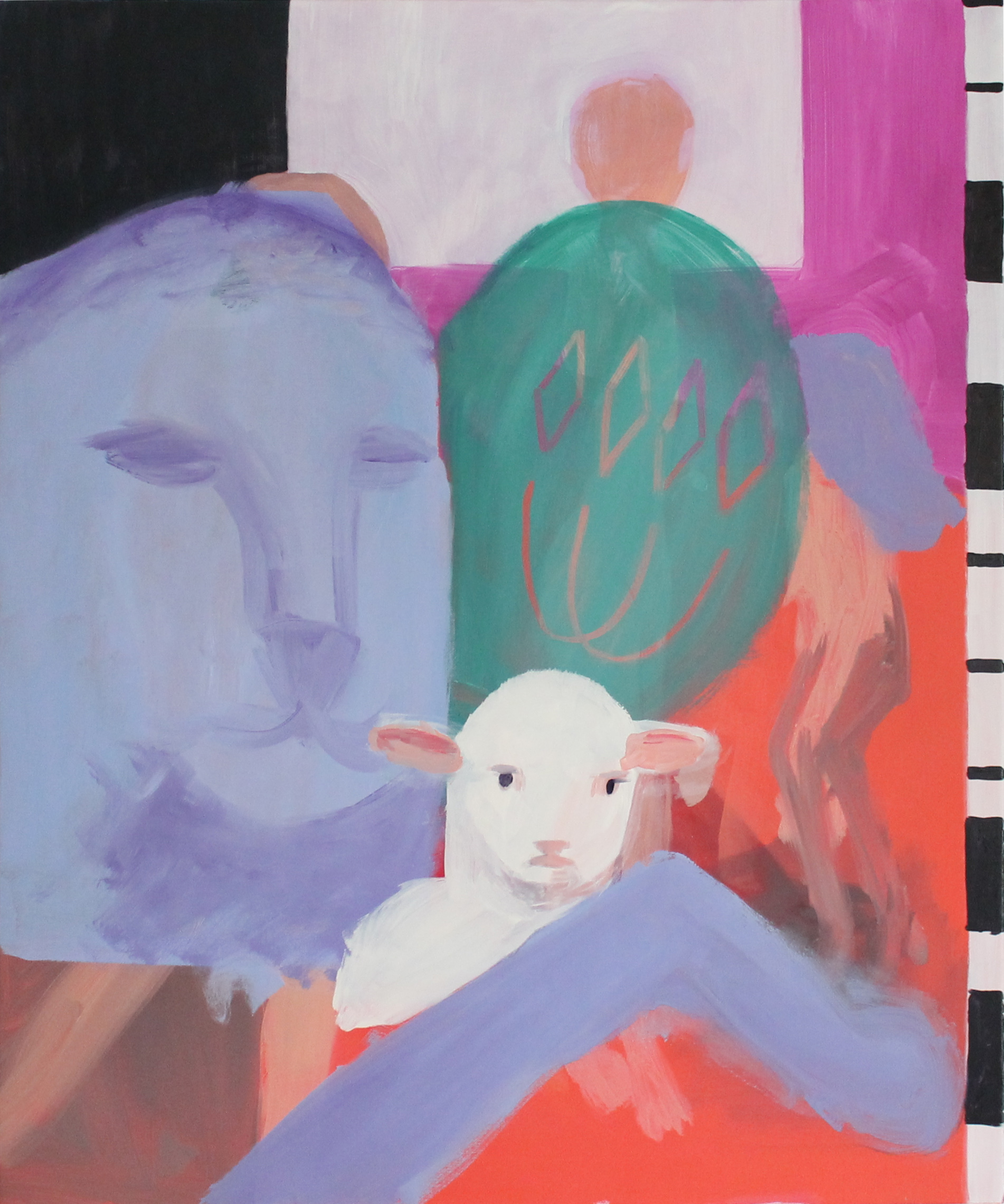 Chris Smith’s “Grounded” confronts visitors to this exhibition. If you’re there in the evening, you can see this oversized Loch Ness monster sculpture from the street. The piece, composed mainly of black garbage bags and a box fan, takes up much of the small storefront gallery. It has been installed atop a half wall, its body splayed over either side. Your first glimpse is of its back side. Ingeniously, one has to see almost the whole show before getting to Nessie’s face.

The seven artists in this group show were asked to respond to a prompt about refusal. Some of the work skews toward questions of identity, as with three stellar paintings by recent School of the Art Institute of Chicago graduate Jenn Smith. These paintings, as Smith’s work often does, grapple with her evangelical Christian background. “The Three,” perhaps a reference to the Holy Trinity, colorfully depicts the Lamb of God overlaid on a jumble of background characters. Also striking is her “Home Church,” which shows disembodied believers sitting on a couch, Bibles open on their laps. 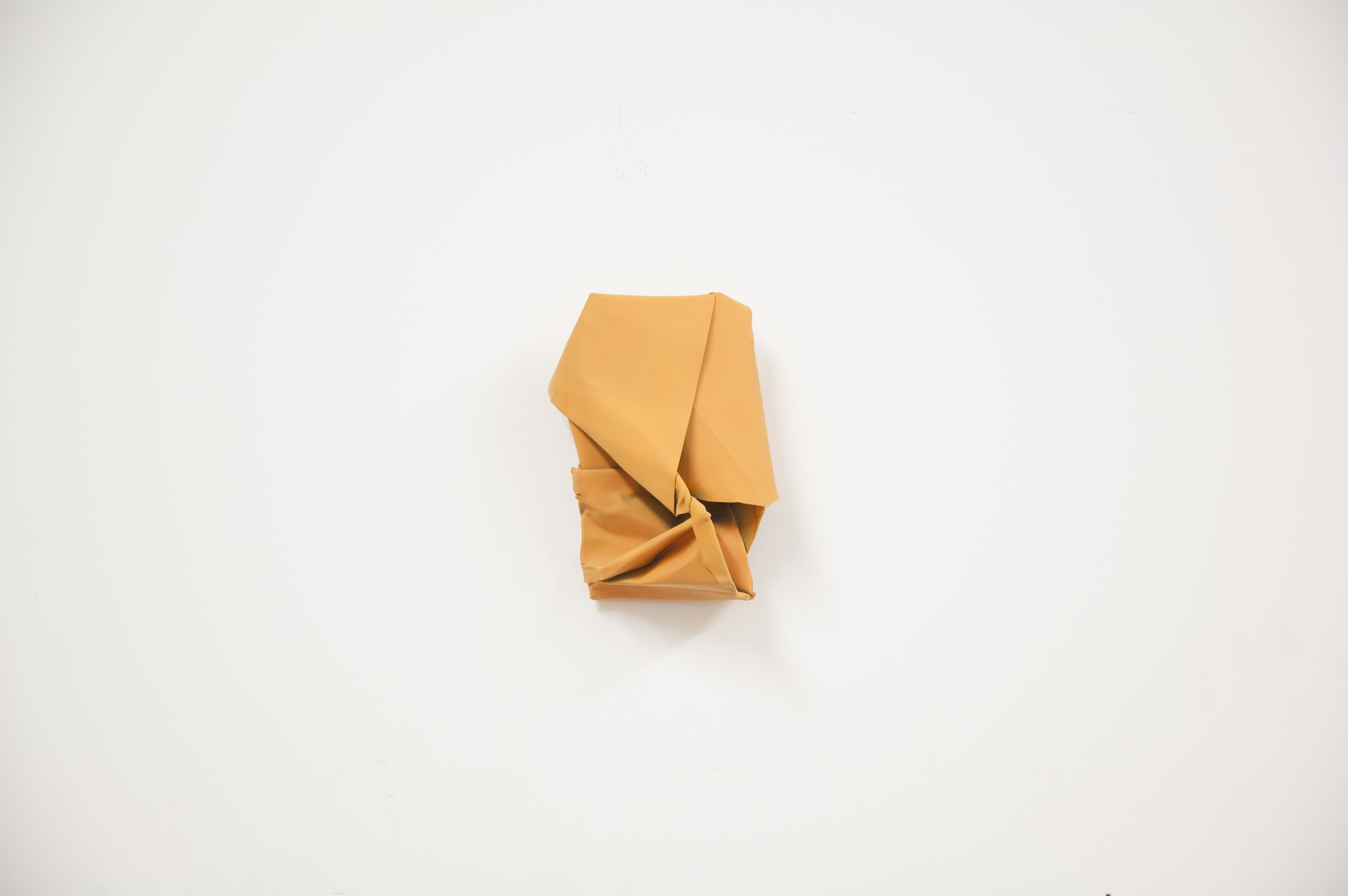 “Homan,” by Robert Burnier, also a recent SAIC grad, hangs to the left of the gallery’s entrance. One of the most understated works here, the title of the acrylic-on-aluminum sculpture brings to mind the severity of the Chicago Police Department’s militarized actions. Burnier also titles each piece using the aspirational utopian language of Esperanto. “Homan” is also called “La Enirpermesilo.” On the artist’s website, he writes that Esperanto seeks “universality without erasure.” This is an interesting concept to apply to the compactly folded, mustard-colored “Homan,” a secret detention center that the CPD hoped to keep hidden in plain sight.

Blue-green wall text by the New York-based artist Diego Leclery announces a series of positive, self-help-style directives in all caps, telling the viewer to “THINK THINGS THROUGH” and “WORK HARD.” A line is drawn on the wall underneath this text, as if to separate it from what appears to be a continuation of the work by the floor. Above a wall outlet, text directs the viewer to “HAVE FAITH.” Beside that sits a cordless phone in its cradle. The title? “Diego Leclery’s suicide prevention hotline. Call 312 752 5955.” (Kerry Cardoza)