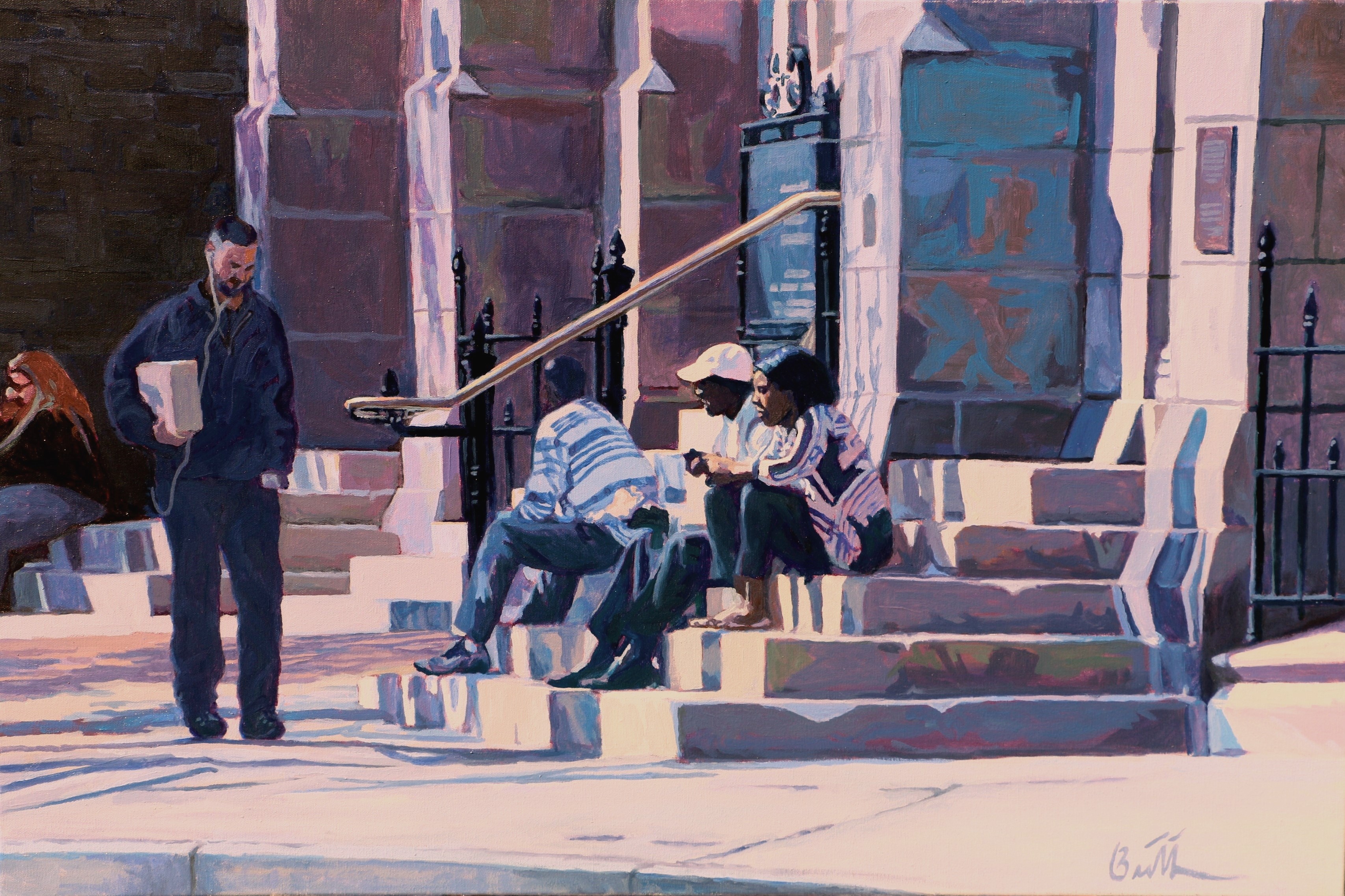 Garland Martin Taylor‘s cannon-sized revolver stands at the entrance of the exhibit, subtitled “Male Artists of Color Reflect on Today’s Urban Experience.” Its monumental barrel has been incised with the names and ages of dozens of young victims of gun violence. A handful of shell casings have been embedded in the adjacent gallery wall. Children are being shot in Chicago, and the artist appears horrified and depressed by this fact.

Floyd Atkins approaches the situation as a German Expressionist might, showing us the broader malaise of the African-American community with acidic character studies of ordinary people in groups of two or three set in an interpersonal environment of hopeless cynicism. Jesse Howard and Julian E. Williams, Jr. work within the same territory, focusing on individual bodies. A dynamic sense of volume informs Howard’s charcoal drawings of sad and angry souls. Williams chisels the forms of his watercolor technique to bring portraits of young men to the cusp of their moral self-realization. In response to his son’s incarceration, Williams searched for that moment when young men choose the wrong path, offering the hopeful notion that they actually have a choice. Alternatively, Cesar Conde suggests that the choice belongs to the rest of us. His large paintings are like billboards advertising social responsibility. The open, doe-eyed stare of the fallen Martin Luther King, Jr. is an effective icon against violence, but Conde’s limited aesthetic involvement cannot carry us beyond politics. 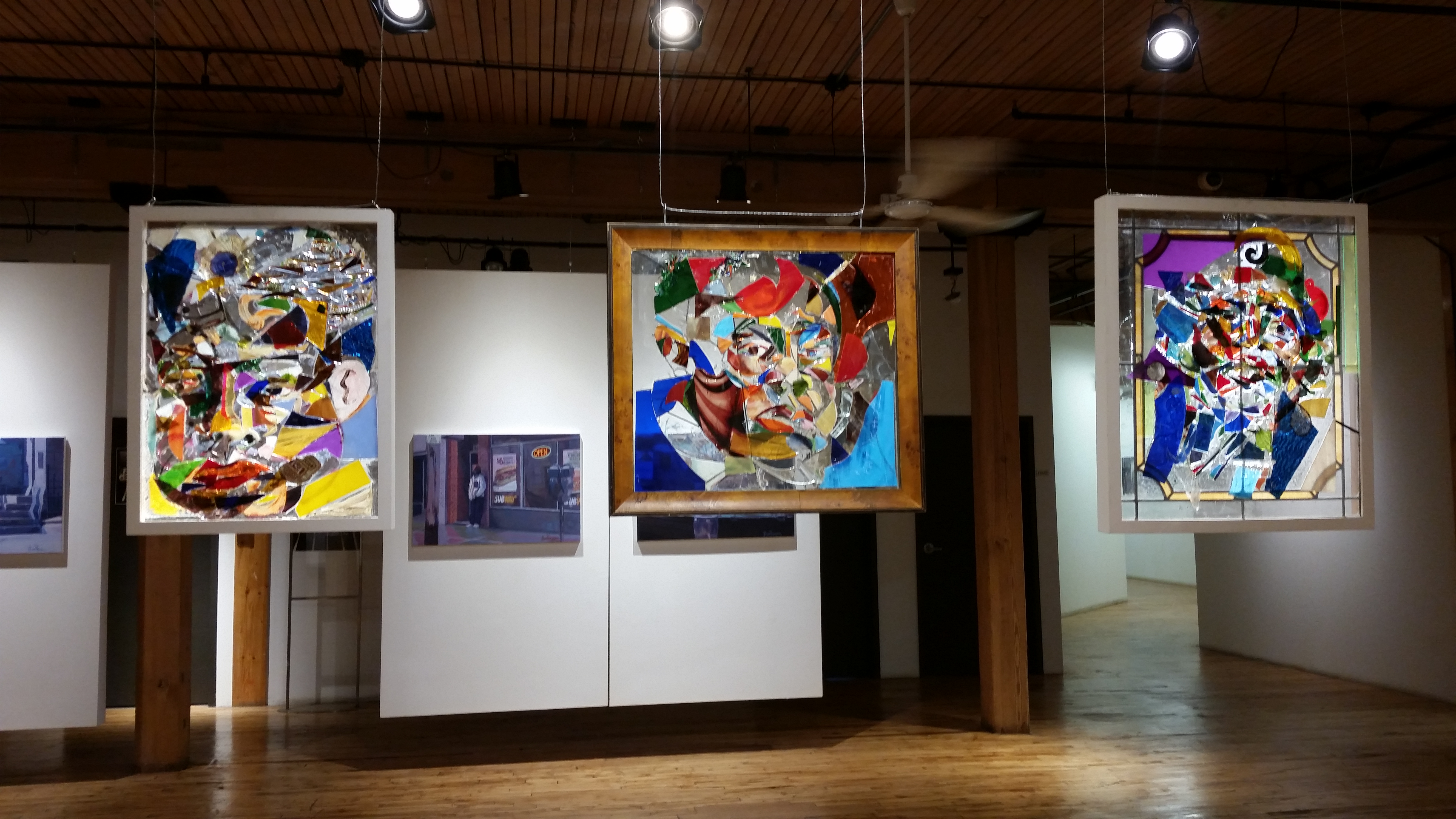 Dalton Brown and David Buttram offer much more. The rising tide of violence has not distracted Buttram, a Vietnam combat veteran, from observing that peaceful, productive life goes on. Cleveland is not Aleppo. His paintings of ordinary street scenes are as well composed as those of the French masters he admires, yet they are also distinctly African-American in their subject matters. Brown’s plexiglass portraits are even more thrilling; Translucent shards of colored plastic have inspired the artist to design transcendent visions of wounded but vibrant humanity with a brilliant intensity. (Chris Miller)