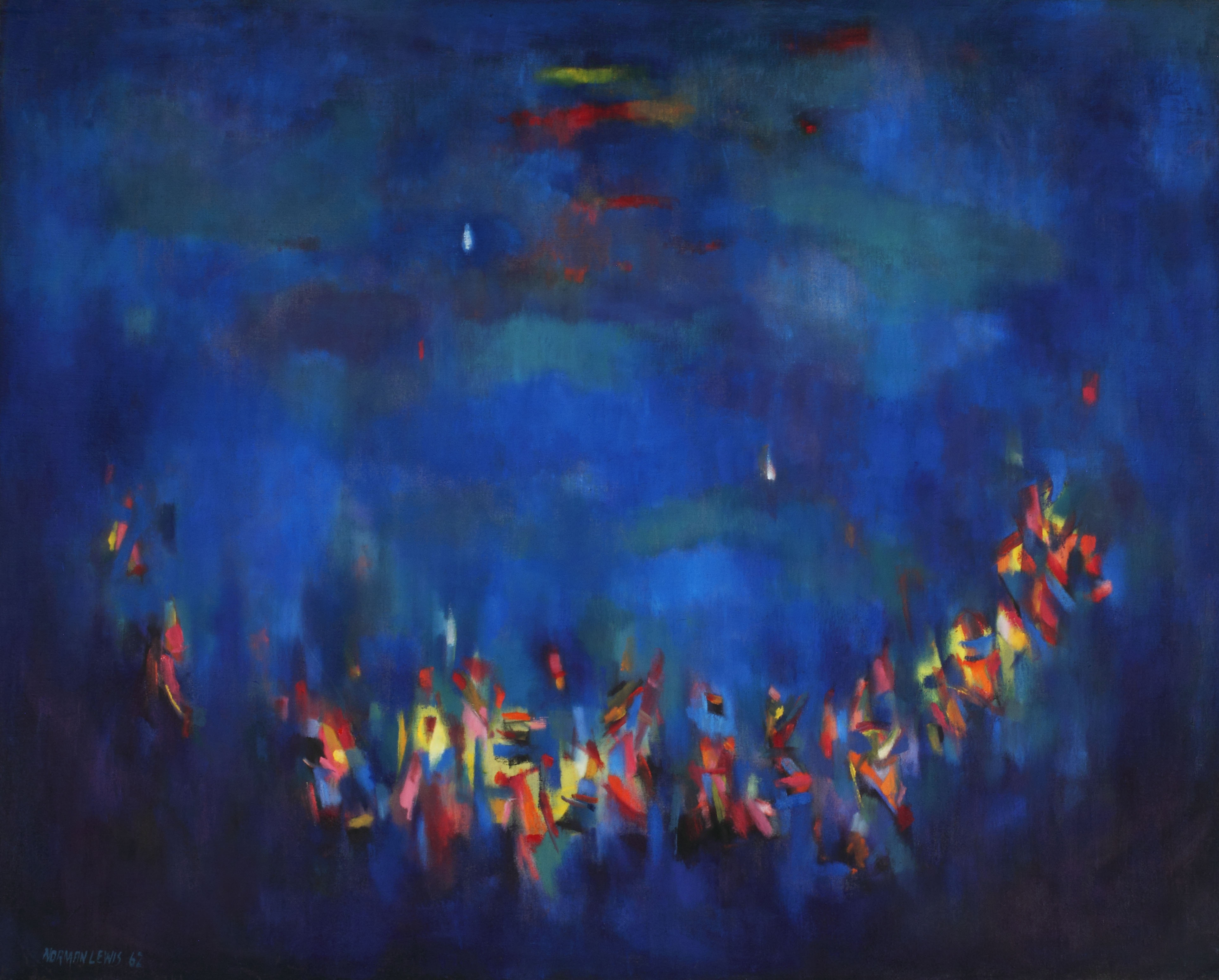 “Black and Blue” is a song from 1929 by Fats Waller. In the 1950s and sixties, during the civil rights era, it was a standard in Louis Armstrong’s concerts. The chorus goes: “How will it end? Ain’t got a friend / My only sin is in my skin / What did I do to be so black and blue?”

The song could have been the title of the current retrospective exhibition of works by the almost forgotten Abstract Expressionist Norman Lewis. His paintings are often blue, and they reference the exhilaration and despair of being black in America. Friend and contemporary of Jackson Pollock, Willem de Kooning and the rest, he never attained comparable financial success or critical renown, but his paintings are just as “tragic and timeless,” to cite Mark Rothko’s plangent phrase. 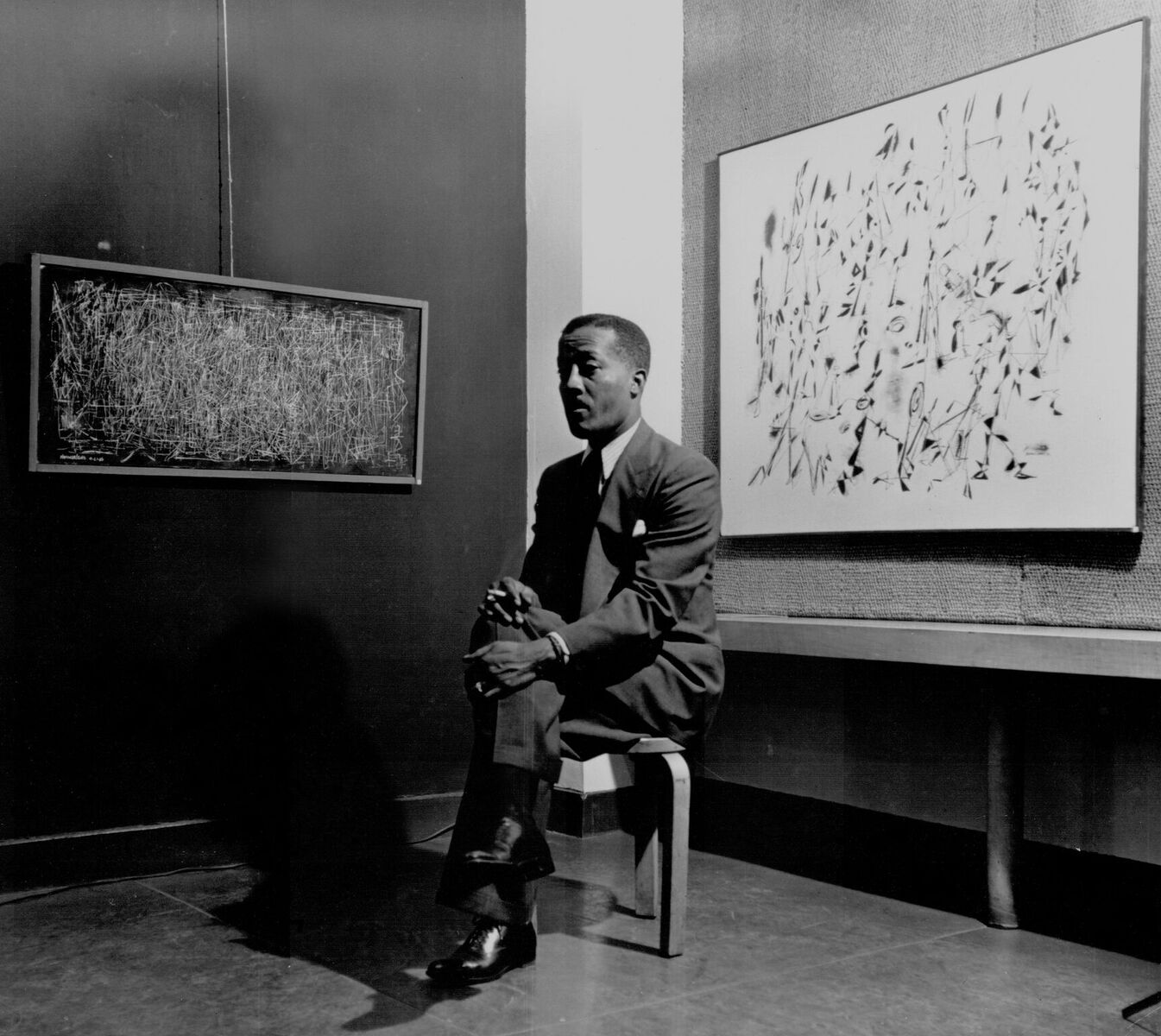 Like most of his artist-peers, Lewis, an alumni of the John Reed Club, was on the political left and his early paintings show it. “The Dispossessed” is social-realist in subject, an evicted family, but inflected with School-of-Paris color and light. “Untitled (Police Beating)” from 1943 depicts what it says—the cop is white and the victim is black. “Hep Cats” and “Meeting Place,” which represent Harlem life, recall the work of Lewis’ friend, Romare Bearden. 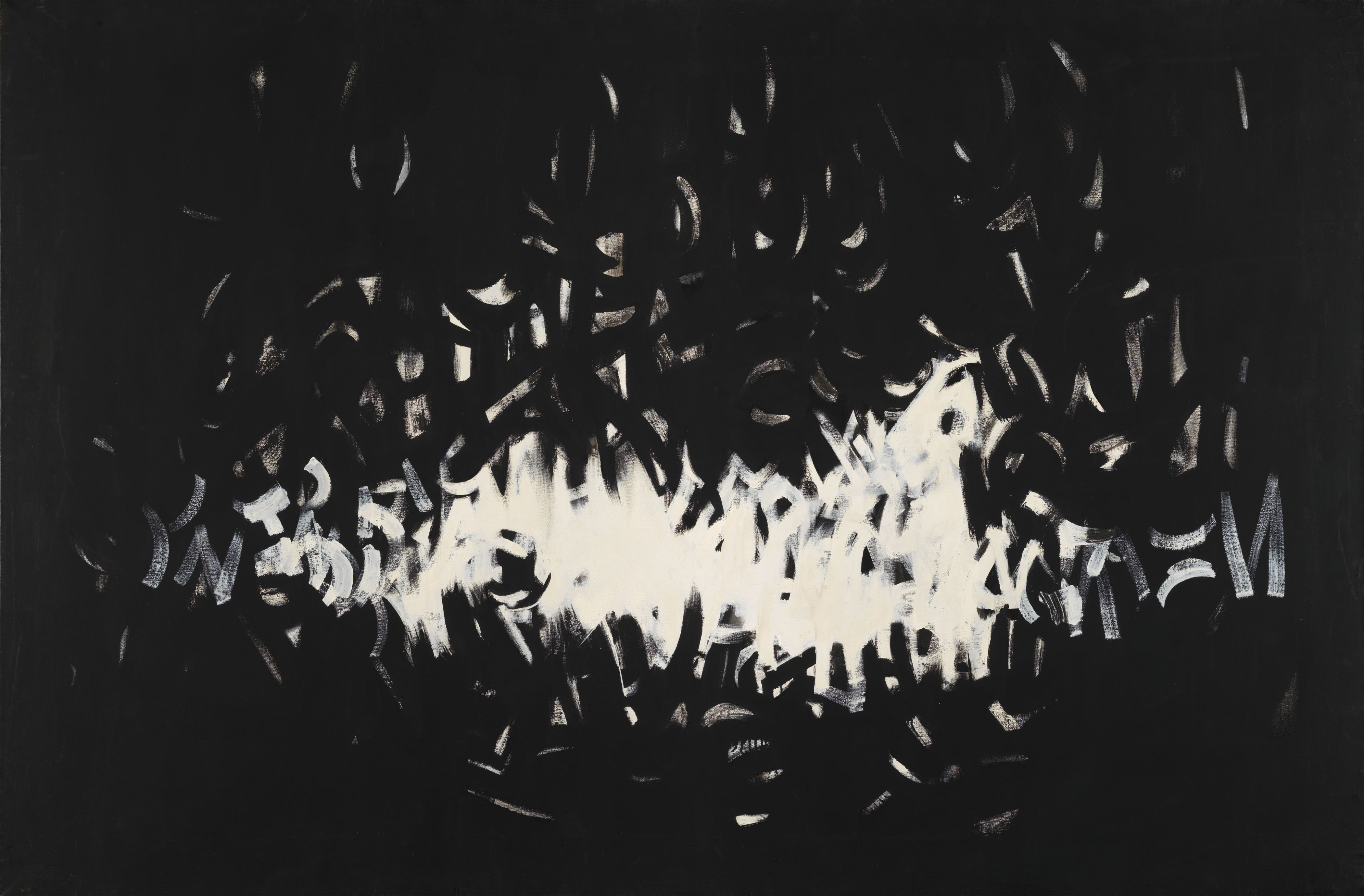 But beginning around 1949, Lewis moved decisively away from modern-life painting and began to record interior landscapes. His most common format—varied in many ways until his death thirty years later—consisted of closely packed linear or alphabetical elements, like the fractured forms of Picasso and Braque circa 1910, enveloped or even smothered by clouds of blue, red, grey or black. The result is a kind of “homeless representation” far more formally coherent and poignant than critic Clement Greenberg’s phrase implies. With “American Totem” (1960) and “Alabama” (1960), large and imposing works, the white core of the pictures at once emerges from and invades the sea of black. In the latter picture, the vertical pile up of shapes recalls Klan hoods and robes. Here Lewis’ youthful radicalism returns with a fury and the song I hear is not so much Waller’s “Black and Blue” as Nina Simone’s “Mississippi Goddam.” (Stephen F. Eisenman)

Through January 8, 2017 at the Chicago Cultural Center, 78 East Washington