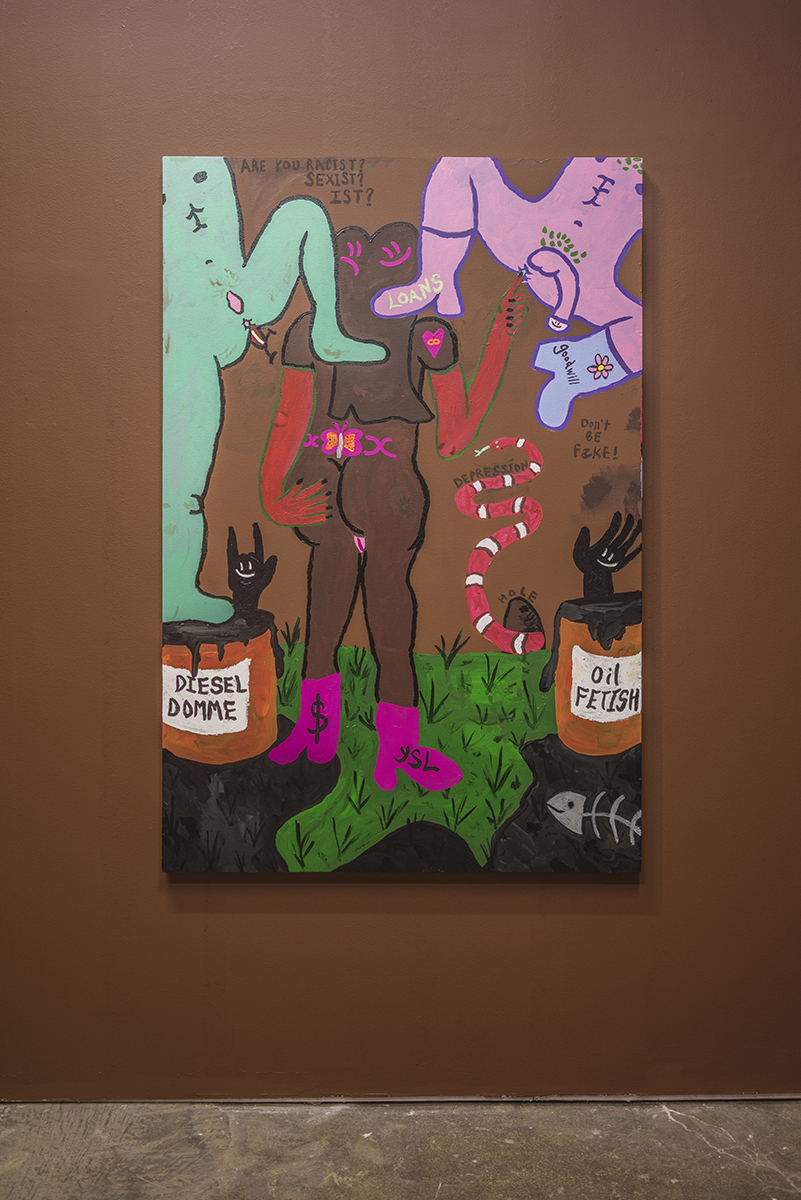 In a powerful gesture, the walls of East Garfield Park gallery Boyfriends have been painted brown for Marcel Alcalá’s “BLACK BLOOD. BLACK TAR TRUTH. WHITE LIES.” In the prevailing white cube gallery model, white walls allow one to focus on the art on display. By painting the white cube brown, Alcalá calls attention to the prevailing equation of whiteness with neutrality, both as a color and as a racial category. Although the humanoid forms of Alcalá’s paintings are of ambiguous race, the paintings of the front room have had their negative space also rendered brown. Perhaps race for these figures is akin to a backdrop, something against which they are seen, whether they want to be or not.

Gender is likewise up for interrogation in these paintings; one figure possesses both male and female sex organs and many are naked except for boots sporting words and symbols like “Loans,” “Goodwill,” “$,” “YSL,” “Bank of America,” and “Slave.” For those who fetishize footwear, boots offer sexual gratification, but these boots link this most private of pleasures with a fashion brand, a thrift store chain and a multinational banking corporation, suggesting an alternative reading of the “commodity fetish.” Several buckets containing what appears to be oil placed throughout the gallery reinforce this connection between personal and political economies. A traffic sign that reads “FRESH OIL” brings the presence of oil barrels and rigs from within the paintings out into the space. 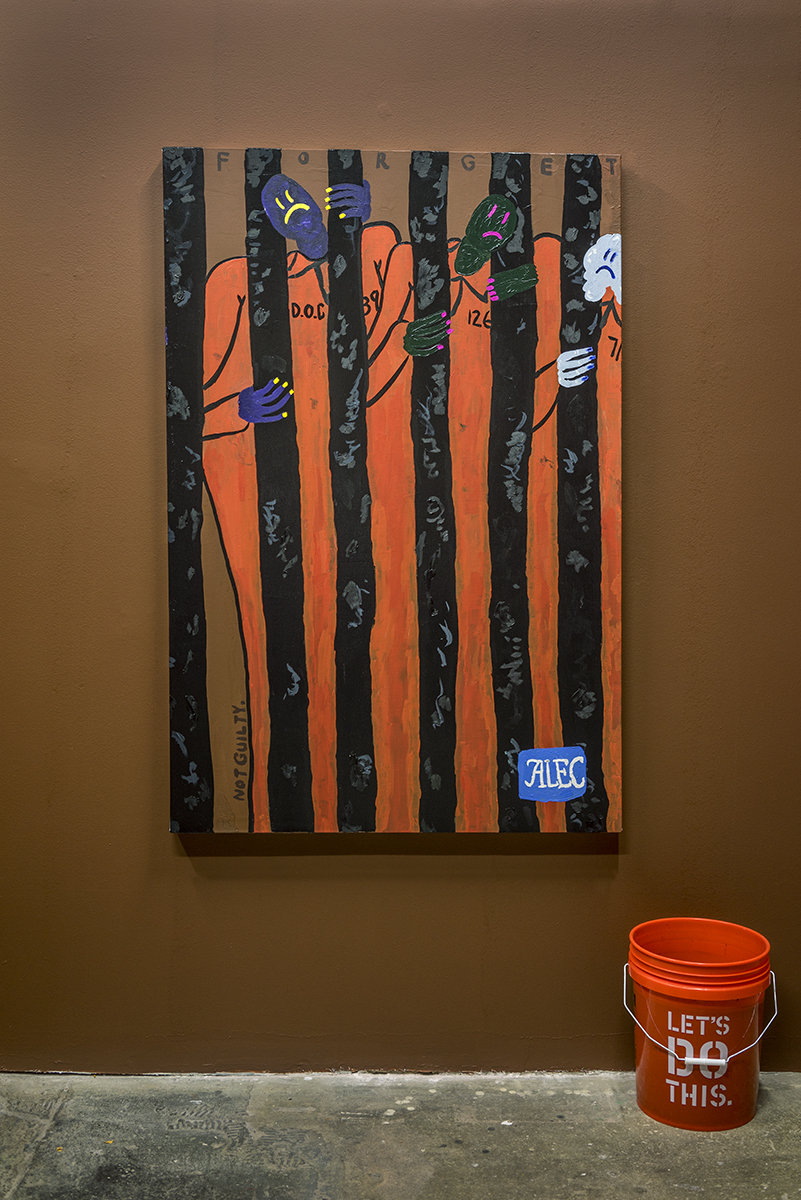 Although at times light-hearted and even funny, there is a sort of desperation in the show. One painting depicts sad-faced prisoners clutching thick black bars. Even the less dire canvases are undergirded by something literally and figuratively darker, whether it’s the blackness of the oil greasing the engines of capitalism or the overwhelming brownness of those sitting in prison cells through the U.S. Rather than rejecting the possibility of satisfaction under the current conditions of our world tour court, “BLACK BLOOD. BLACK TAR TRUTH. WHITE LIES” urges us to bear in mind the dependence of these moments upon social and political processes that necessarily raise some above others. (Brandon Sward)