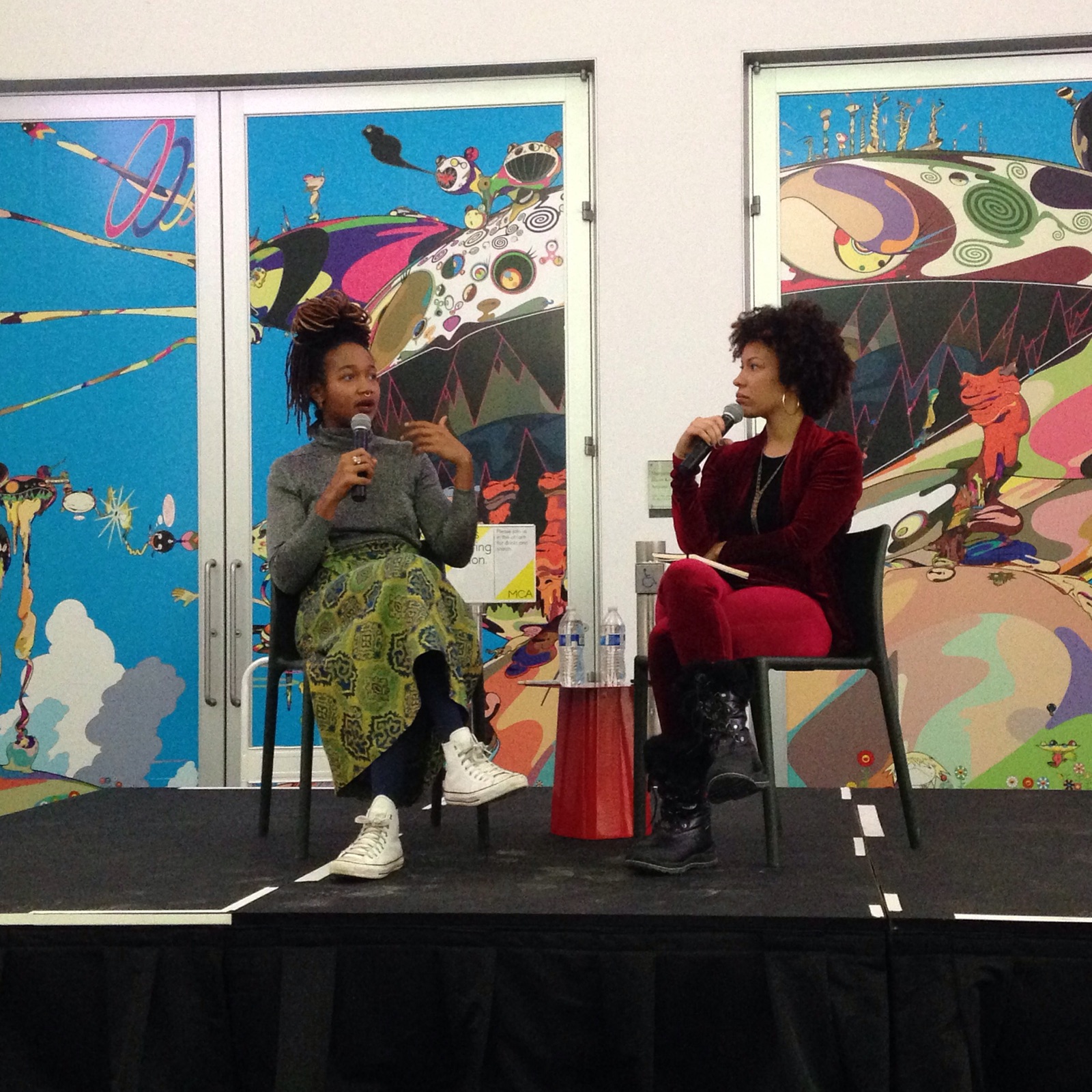 “What does it mean to bear witness in the age of social media?” Ann Meisinger asked a crowd of about a hundred people at the Museum of Contemporary Art last Tuesday night. She was introducing social media maven Kimberly Drew and interdisciplinary artist Rashayla Marie Brown, who sat down to discuss photography, online visibility and bearing witness in the internet age. The starting point of the conversation was the MCA’s “Witness,” a photography exhibition drawing largely on the museum’s permanent collection that questions the role the photographer plays in choosing which images to capture.

Brown, who was a Newcity Breakout Artist in 2015, began the conversation by talking about the life and death of Korryn Gaines. Gaines, a twenty-three-year-old mother from Baltimore, was shot and killed by police in August after they tried to enter her home to serve her an arrest warrant. Gaines and Baltimore County police officers engaged in a standoff for several hours, during which Gaines documented the encounter using Facebook Live. Police contacted Facebook, asking them to deactivate her account in real time; a request with which Facebook complied.

We of the social media age are now intimately familiar with the concept of recording the police. Among other things, these documents aim to increase the visibility of police brutality, helping to keep the issue in the spotlight. Brown noted that Gaines’ video was different from many others of this genre in that she was documenting the experience herself. The act gave her some agency, if little else. Baltimore County’s state’s attorney announced in September that no one would be charged in relation to Gaines’ death.

“That one in particular really started to refocus for me the concept of showing these deaths as a way of trying to really challenge what is happening,” Brown said. “But it maybe ends up doing this opposite, of creating a kind of spectacle.”

Drew noted the interesting place social media puts us in, allowing us to respond to events as they unfold in real time. Indeed, people were responding to Gaines’ video while she was streaming it. “How can we create a system that is accountable to both the truth of the moment and the story needing to be told?” Drew asked, calling the use of these new technologies deployed to capture death-after-death a “sad brilliance.”

Drew and Brown are both well-versed in the performativity of the internet, and social media in particular. Drew has a huge internet following; she manages social media for The Metropolitan Museum of Art and runs the wildly popular blog Black Contemporary Art. Brown works with both photography and performance art, and said she is very conscious of who her audience is in any given piece, including work distributed on social media. 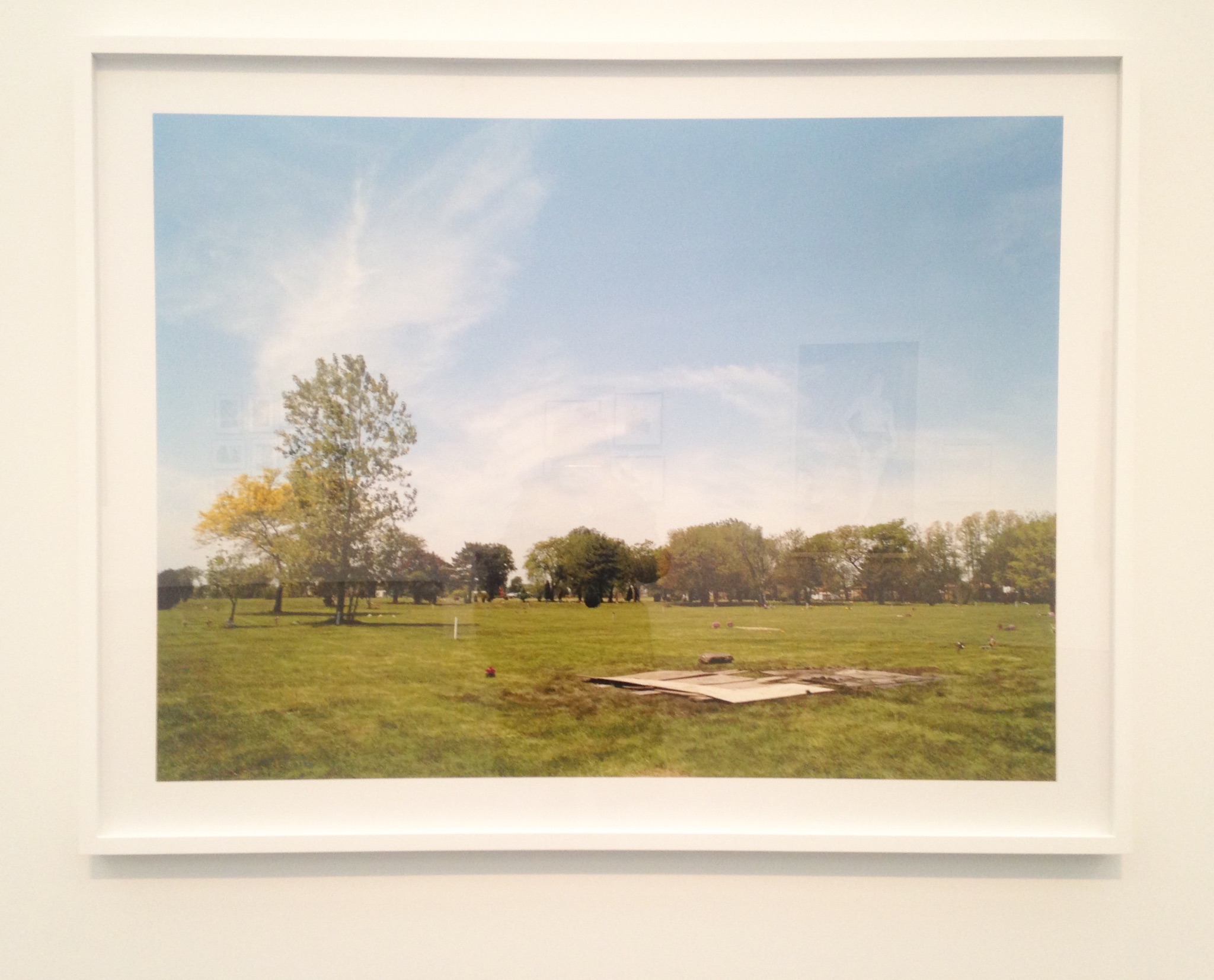 For artists, questions around image- and information-sharing take different forms. An artist must consider whether to share images of their work online, whether to tie their personal internet presence to their professional one, whether they are making work while cognizant of the way it will be received online, whether corporate social media platforms own the use of that image, etc. For artists and curators of color, the importance of visibility and authorship, i.e. whose stories get told and how, are also crucial.

In the“Witness” exhibition, a work by Jason Lazarus caught my eye. It’s one of the few photos in the exhibit that’s empty of people. “Standing at the Grave of Emmett Till, day of exhumation, June 1st 2005 (Alsip, IL.)” shows a big blue sky over an expanse of green; it’s hard to tell at first that it is a graveyard. Boards cover the hole of Till’s grave. The description explains that Till’s body was exhumed in order to give it a proper autopsy. The U.S. Justice Department reopened his case in 2004; his killers were acquitted in 1955, in part because Till’s body was so mutilated he was hard to identify. No bystanders captured video or images of Till’s murder. We live in a time that has never been more surveilled; almost all of us are equipped with video cameras. Yet black lives continue to be cut short indiscriminately. Everyone is watching, but is bearing witness enough? (Kerry Cardoza)