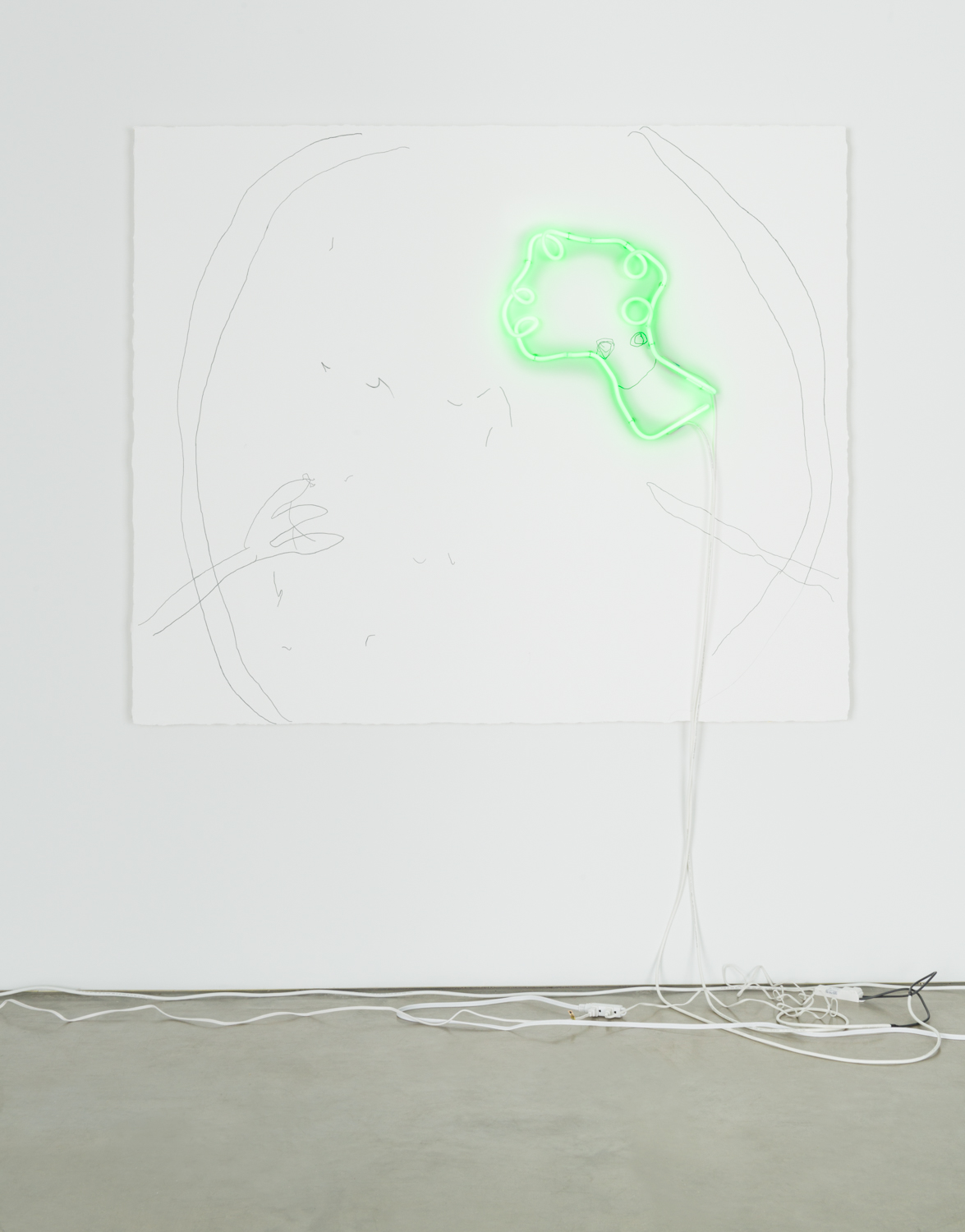 CD Wu is a recent graduate of the School of the Art Institute of Chicago who would seem to owe nothing to Flavin or Kosuth. His works in “South Loop” at Shane Campbell Gallery stem from a simple material premise, combining gestural neon tubes with pencil drawings on large, gessoed canvases.

Wu’s success is that he has been able to elbow his way into a now half-century-old trope of contemporary art without having to lean entirely on wink-and-nudge irony. While the limp sarcasm and I’m-barely-trying aesthetic common to freshly minted MFAs is thriving in these works, we have to be grateful that the artist at least departed from the overplayed conceit of self-referential wall texts. While borrowing one of the core material elements from early conceptualism, he maintains a critical distance while leveraging his own sensibility. The result is a thoughtful commentary on a prominent branch of late Modernism that avoids being too smart for the room. Maybe a glowing green broccoli floret with a penciled-in smiley face is only a half-step beyond “FOUR COLORS FOUR WORDS” in this regard, but it’s enough to keep the work fresh. 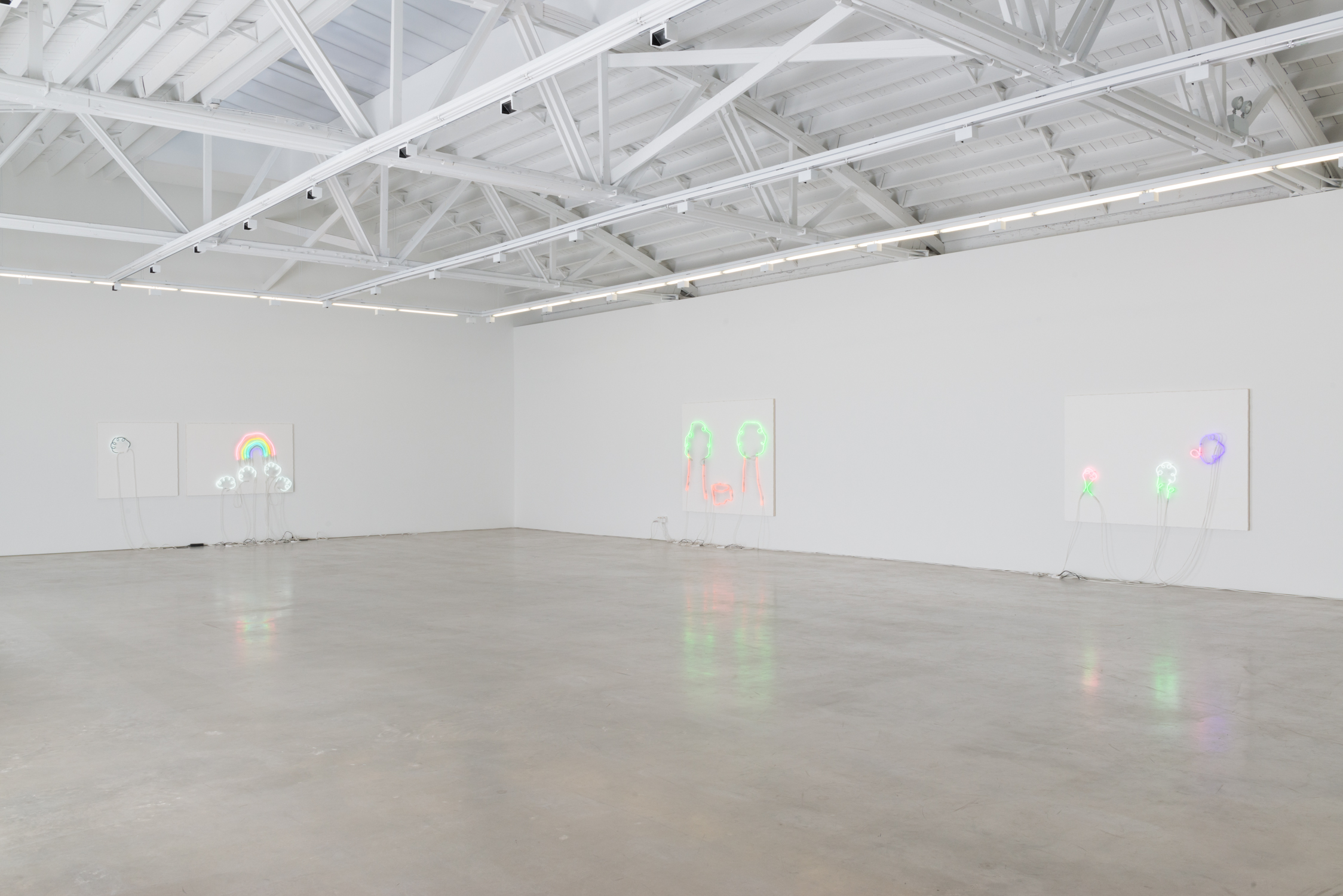 However it’s also fair to wonder if this half-step is enough. While on the one hand we have a collection of works that smartly build on a specific material tradition in contemporary art, on the other we find an exhibition that manifests so plainly the resources and privilege of the institution out of which it is born. For now, we can skip over the fact that the venue’s namesake teaches at the same institution that Wu graduated from just a few months ago and instead return to the work itself: Lazily doodled forms and an efficacy with expensive materials betray the hand of a spoiled child, one who has limitless toys at his disposal but who can’t be bothered to appreciate any of them. It’s not a condition that’s specific to the work of Wu, but it does make it harder to smile back at his ironically scrawled faces. (Brad Fiore)