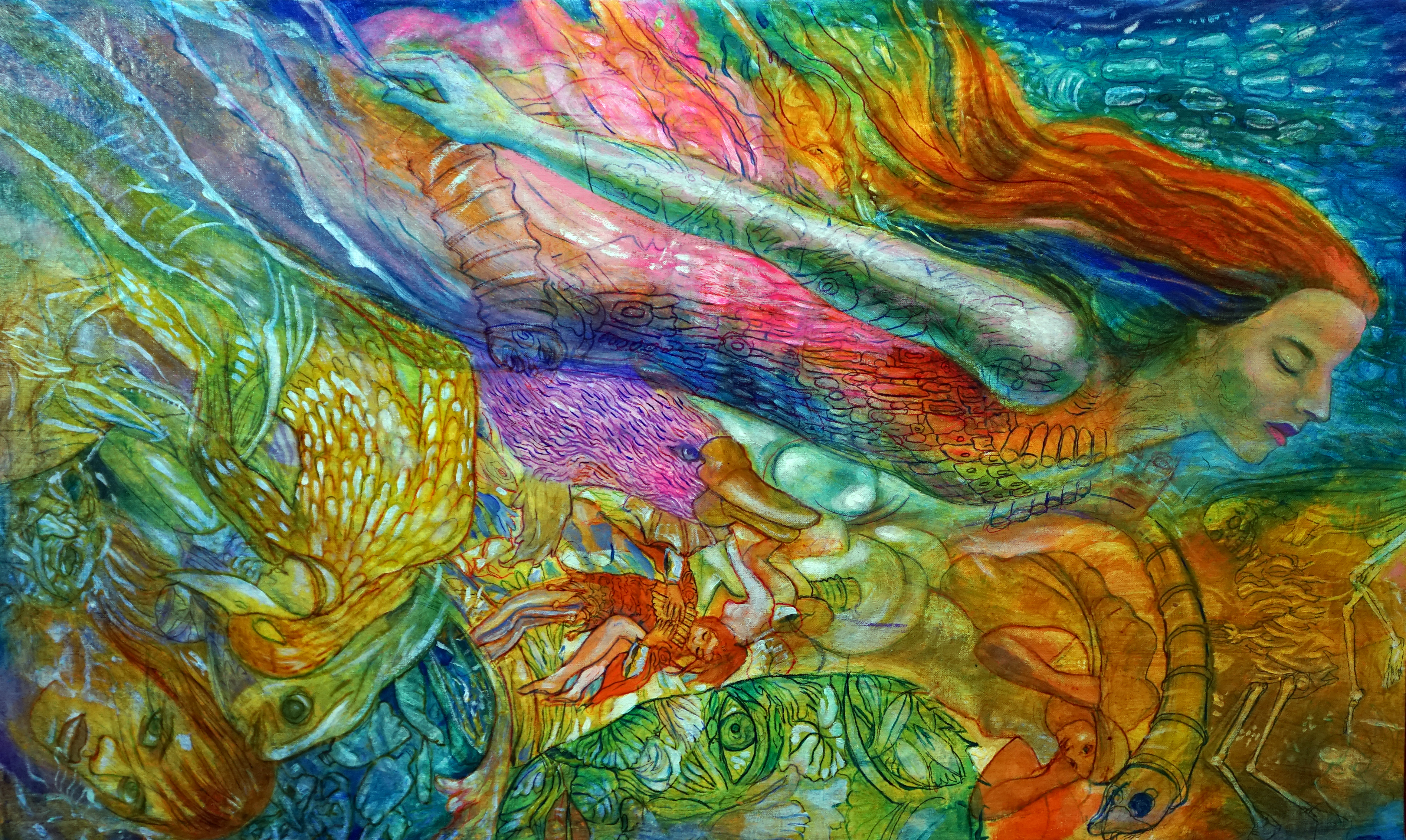 “The most barbarous and the most fantastic rites and the strangest myths translate some human need, some aspect of life, either individual or social” wrote the philosopher Émile Durkheim in 1912. This observation could be applied to Chicago Imagist painting, as well as a current exhibition at LALUZ Gallery in Pilsen. Echoing Durkheim’s assessment, the title “Sacred and Profane” suggests that humans still need to differentiate between that which is sacred and that which is not. 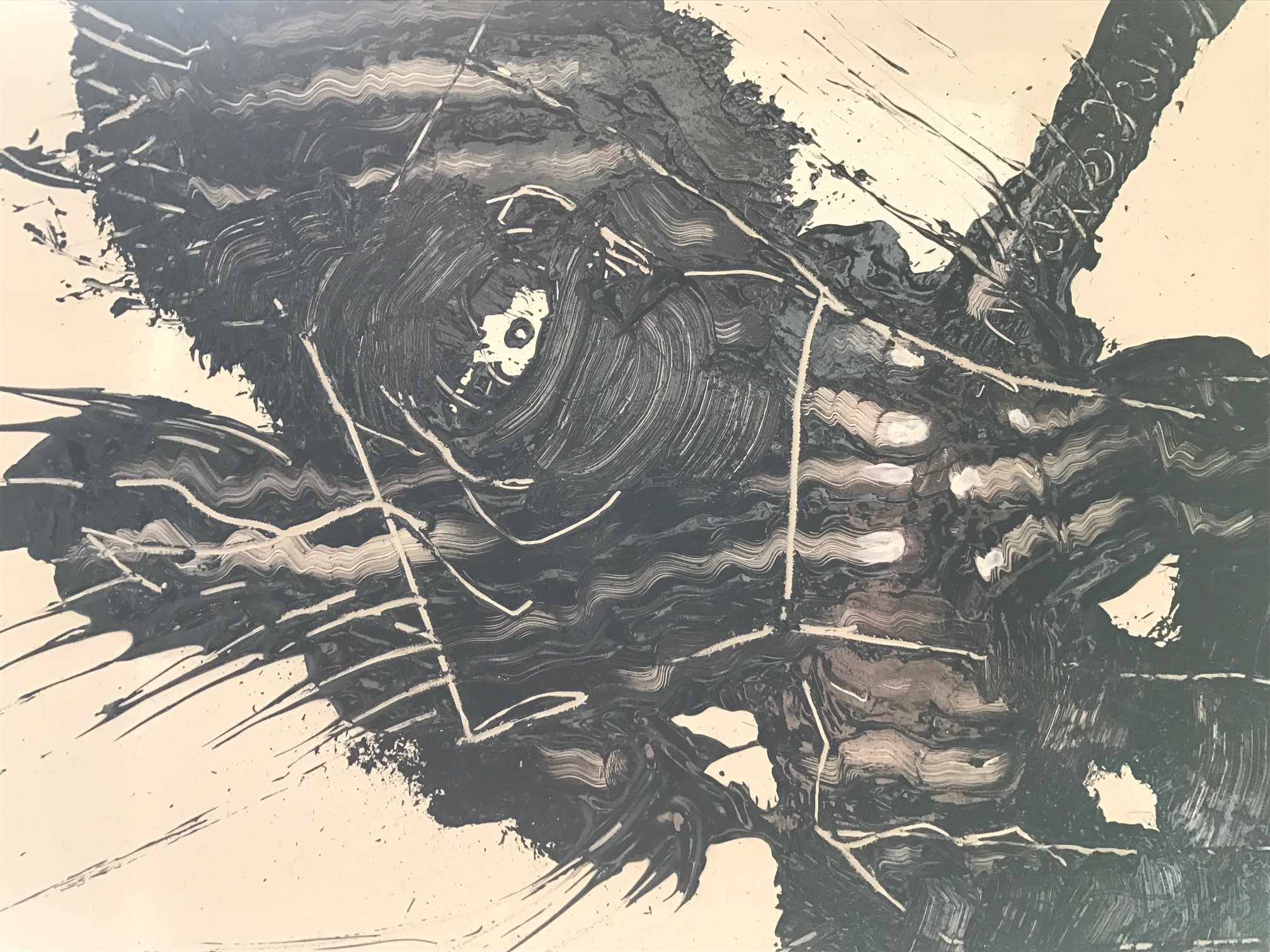 Paul Lamantia, “Portrait of the artist as Franz Kline,” 2008. Oil on panel

The most convincing paintings are the “self-portraits” by Paul Lamantia. They hardly resemble anything human, much less the artist himself, and they only barely suggest the iconic artists like Van Gogh whom he identifies as having inspired them. However, they are just as devastating as anything the Monster Roster ever produced.

Other paintings in the show are less effective, as they present more positive themes. It is a great challenge for visual art to reach the spiritual heights cultivated by religion. In earlier eras that was mostly achieved by following and enhancing an artistic tradition. Contemporary artists are more independent; they borrow rather than follow. They are more about today than forever; personal rather than human destiny is at stake. As such, the distinction between themes sacred or profane belongs much more to the seventeenth century than to our own. Many paintings in this exhibition do, however, demonstrate the resilience of artists who have been working for decades. Two paintings by Chuck Walker span thirty years. You feel that passage of time, in both the life of the artist and the America where he lived. If only this exhibition had career spanning works by the other baby-boomer artists too. The comparison would have been fascinating. (Chris Miller)