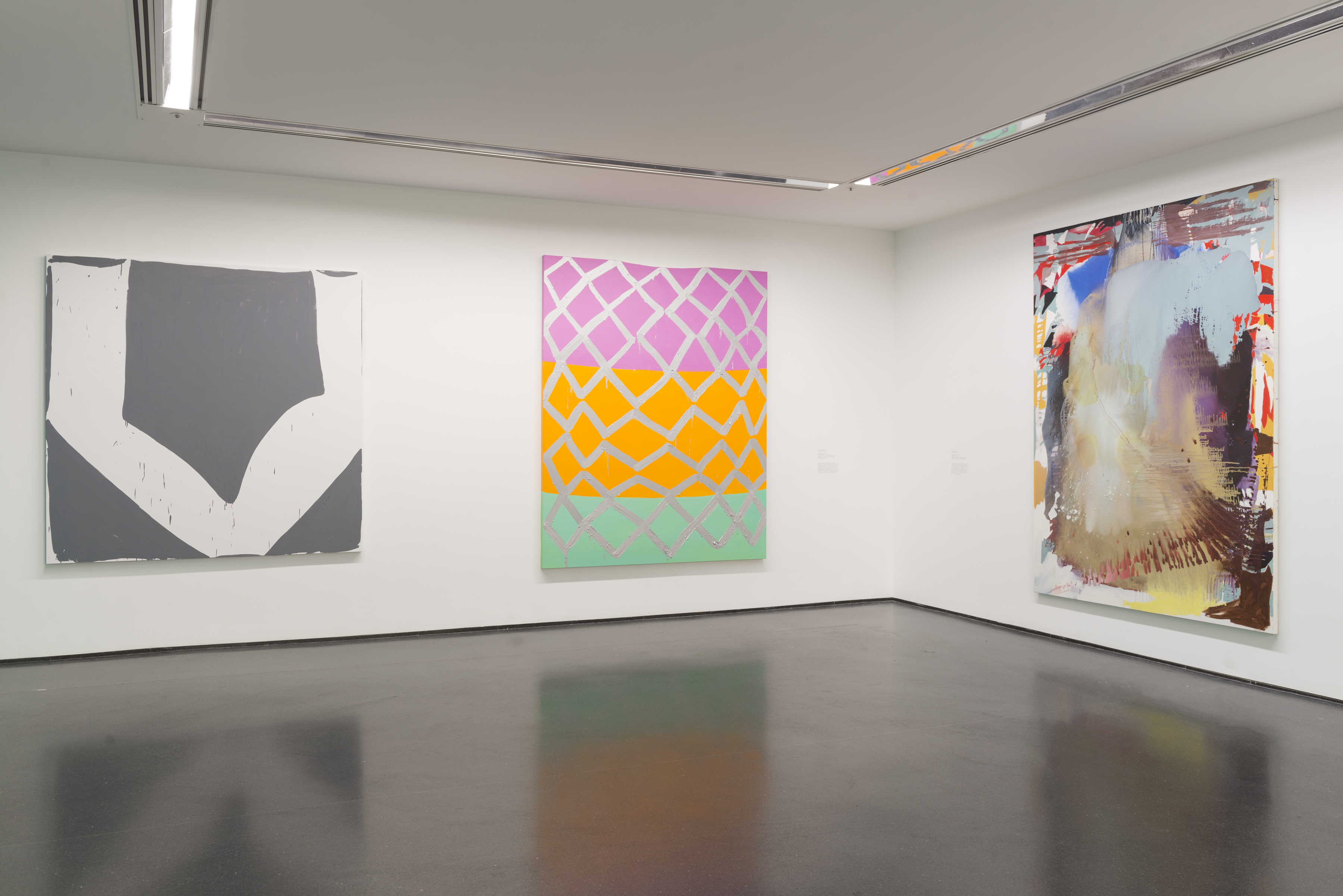 Installation view of “Riot Grrrls” at the Museum of Contemporary Art, Winter-Spring, 2017

“Riot Grrrls” purports to present the work of pioneering female painters in an art world still largely dominated by men. It takes its title from a feminist punk movement of the early 1990s whose adherents sought to make punk more inclusive of women and other marginalized folks. A common criticism of the movement is that it was not as inclusive as it aimed to be; some members of the LGBTQ community as well as people of color have raised concerns that Riot Grrrl rhetoric often echoed the largely white, middle-class values of the greater punk scene. The same can be said of “Riot Grrrls”—all ten painters included in the show are white.

The exhibition draws from the Museum of Contemporary Art’s collection, and is intended to highlight the museum’s commitment to collecting female artists. Organized by the MCA’s chief curator, Michael Darling, the show features an impressive roster of artists, including Judy Ledgerwood and Mary Heilmann. Whether or not organizing all-women shows for the explicit purpose of highlighting institutional female representation is ultimately useful for the feminist cause remains to be seen, but failing to include a single woman of color seems especially egregious for the spirit of this show. 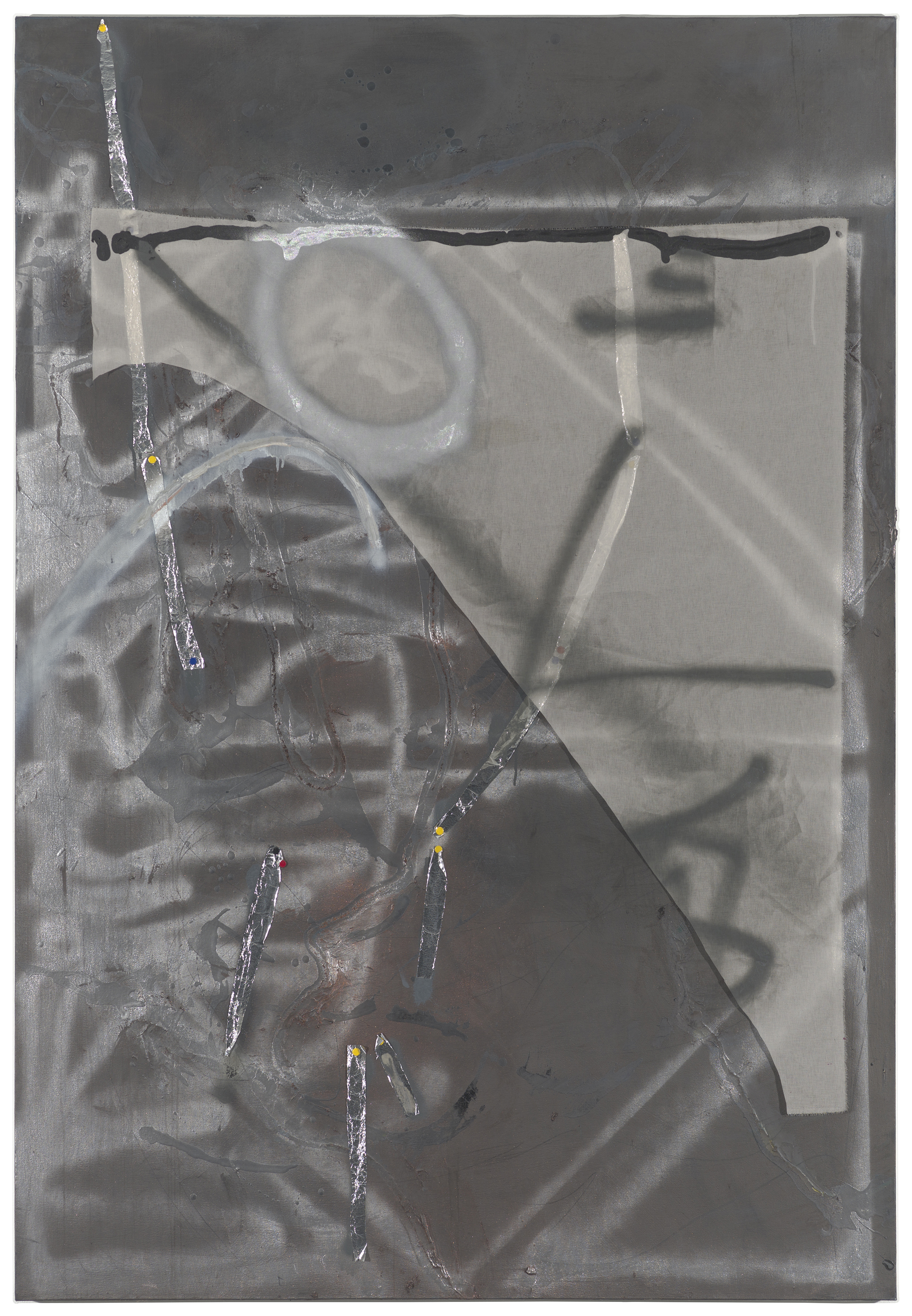 Questions of inclusivity aside, the pieces on view are important, and work well together as striking examples of abstract painting. Ellen Berkenblit’s “Love Letter to a Violet” beautifully synthesizes bold streaks of pop art purples and yellows to frame a silhouetted female figure set against a background of flowers. “Heavy Vector” by Amy Feldman, who is known for injecting humor into her pieces, uses white and grey acrylic paint complete with drips, on an oversized canvas to yield a clean but bold work. “Heavy Vector” is a perfect match for its neighbor, Judy Ledgerwood’s “Sailors See Green.” Ledgerwood, a professor of art theory and practice at Northwestern University, always delights with her choice of bright, “gendered” colors and repetitive, decorative motifs. “Sailors See Green” pairs bands of pink, orange and mint green behind a metallic silver diamond pattern.

If there is a unifying element here, it is Molly Zuckerman-Hartung’s shiny, grey-toned “Hedda Gabler.” Zuckerman-Hartung, who received her MFA from the School of the Art Institute of Chicago, was associated with the Riot Grrrl movement. She attended Evergreen State College in Olympia, Washington in the 1990s, as did many of the major figures of Riot Grrrl. While she was a part of the punk community, she has spoken about working against or outside of the punk aesthetic, an ideal that seems to remain important to her as a painter. In a 2014 Hyperallergic interview, the year Zuckerman-Hartung participated in the Whitney Biennial, she spoke about the anti-aesthetic in regards to a zine she made about Bikini Kill frontwoman Kathleen Hanna. “I was trying to figure out how to make visual things while defying any aesthetics or ‘taste,’” she said. Zuckerman-Hartung’s intentionality embodies one of Riot Grrrl’s saving graces, especially her thoughtfulness around art world institutions and conventionality. While “Riot Grrrls” falls short of its efforts, it succeeds in bringing viewers to an extraordinary group of painters. (Kerry Cardoza)

Through June 18 at the Museum of Contemporary Art, 220 East Chicago