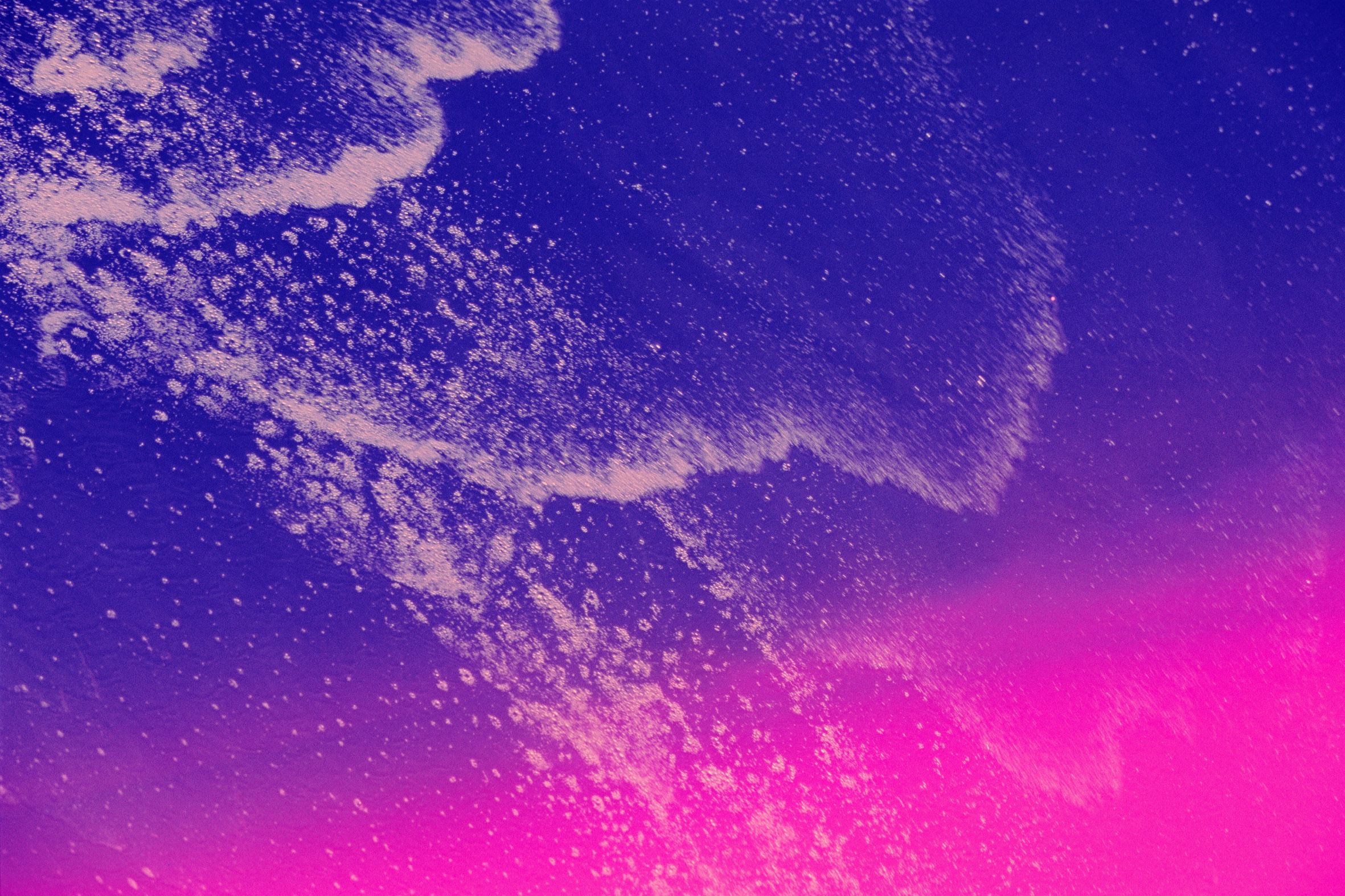 Basim Magdy, “An Apology to a Love Story that Crashed into a Whale” (detail), 2016

True to its highly romanticized statement of an exhibition title, “The Stars Were Aligned for a Century of New Beginnings” explores the longing for a utopian future and its inevitable disappointments. “If you were an animal, what would you be? A whale. They’re too big to care,” reads one of Basim Magdy’s colorful, photographic prints. Combining text and images in a poetic, yet absurd manner, the artist’s American museum debut celebrates contradictions. The gallery walls are painted purple and pink and navy and Magdy’s work—photographs, paintings, videos and installations—looks like it exists within a surreal reality. In this place of color, paranoia and pop-art sensibilities, time and space stand still.

Imagining the future, whether a utopia or a post-apocalyptic wasteland, brings to mind new beginnings, but Magdy’s exhibition treads on the line between these two. His films feature untamed nature and ruins, his prints show closeups of skulls and creature-shaped shadows, and the text superimposed on photos and film is wry. It is in the blurred lines between utopia and the grim reality where the artist uses the future as an opportunity to make caustic sociopolitical commentary on the present. “What are we waiting for? A Meteorite. It’s our last hope. To kill us all? Yes,” another photo-print proclaims. 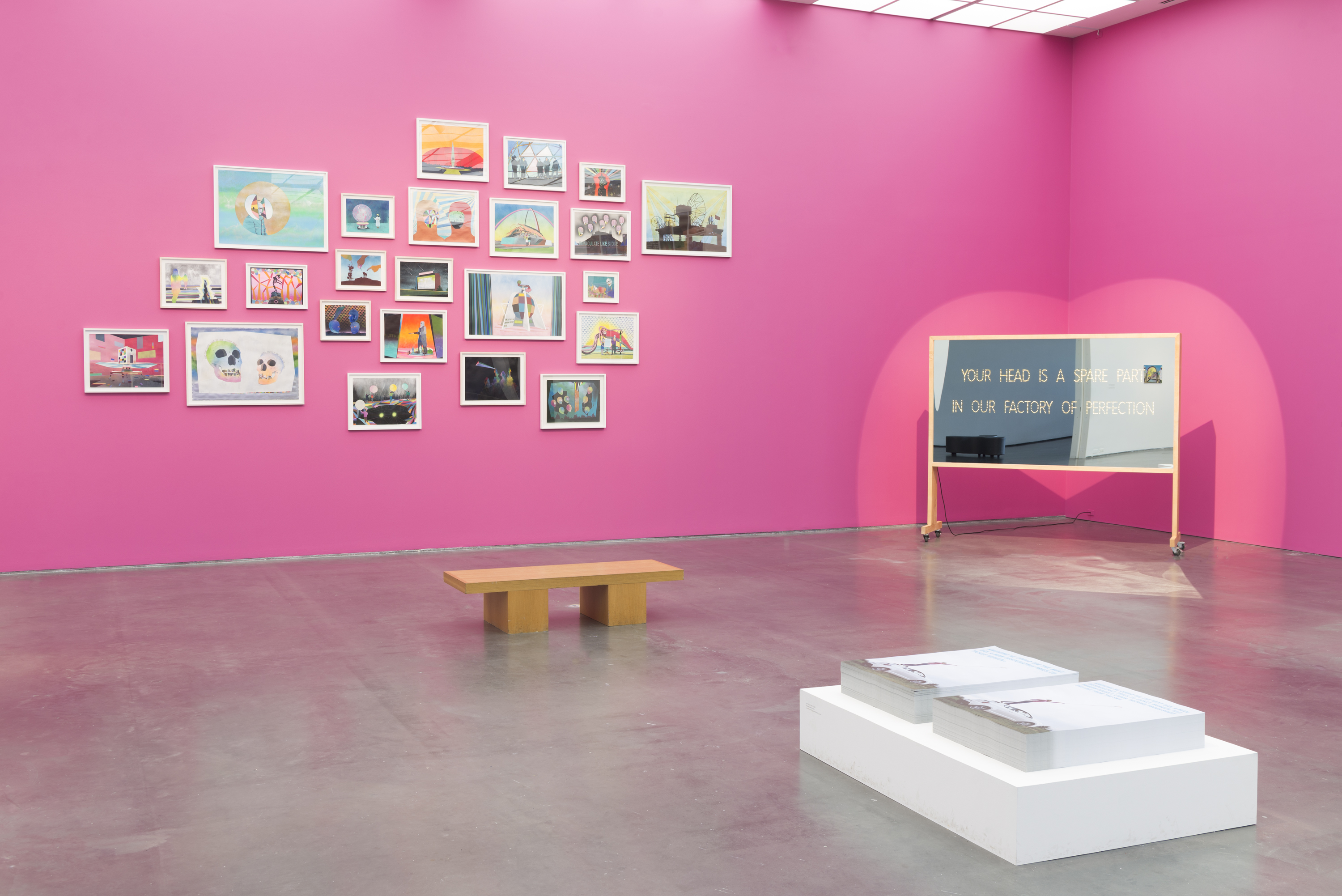 Installation view of Basim Magdy, “The Stars Were Aligned for a Century of New Beginnings” at the MCA Chicago, Winter 2016 /Photo: Nathan Keay

Prisms, foggy colors and grainy imagery present alternate realities through photographic visions. Dark humor, irony and aspirations of hope and fear’s disaster are all at play in this panoply of images and text. Supporting the atmospheric, dreamy qualities of Magdy’s work is his signature “film pickling” technique—film and photographs developed in household chemicals with various pH levels. This process makes for color and contrast alterations and overlapping imagery, bringing the perfect balance between happenstance and control: the results of image manipulation are unique to each frame and, in the end, unpredictable —much like life itself. (Vasia Rigou)

Through March 19 at the Museum of Contemporary Art, 220 East Chicago