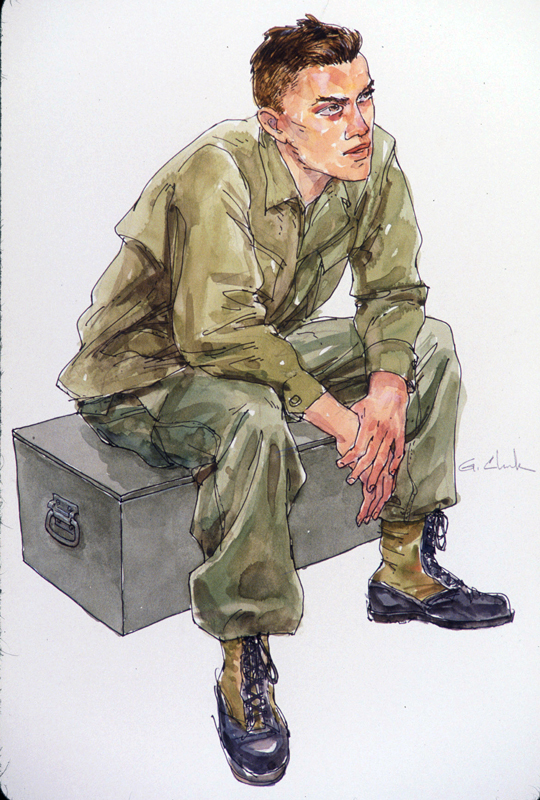 As George Clark tells it, fifty years ago instructors at the School of the Art Institute of Chicago convinced him that figurative painting had no future, so he went into commercial illustration. The Hairy Who soon proved this hypothesis wrong. But Chicago Imagism was not the kind of figurative painting that Clark would later pursue. Rather than painting the troubled undercurrents beneath the cheerful façade of American life, he would mostly depict creative, healthy, young, middle-class Americans being themselves in a positive way, never undercutting them with irony. Like a catalog illustration, what you see is what you get. When he does acknowledge a darker side, it’s done humorously, as when depicting a bug-eyed Satan.

There is far more emphasis on line in these portraits than on atmosphere, color or volume; sometimes they offer great delicacy in the drawing of expressive faces and hands. The cross-hatching in the large drawings with crayon or colored pencil can be quite elaborate, yet when he works with oil on canvas, the paint is thin and feels quickly applied. Even if not executed in one sitting, it has an electric feeling of spontaneity. The most memorable of these pieces is “Technology.” A seated woman, dressed apparently for work, is fingering a calculator while other kinds of technology are nearby, including what appears to be a coffee pot. On closer inspection, however, it is recognizable as a murderous, robotic Dalek, well known to fans of British science fiction. It’s a strong depiction of solid, drab, everyday office life with a whimsical hint of both the ominous and humorous. 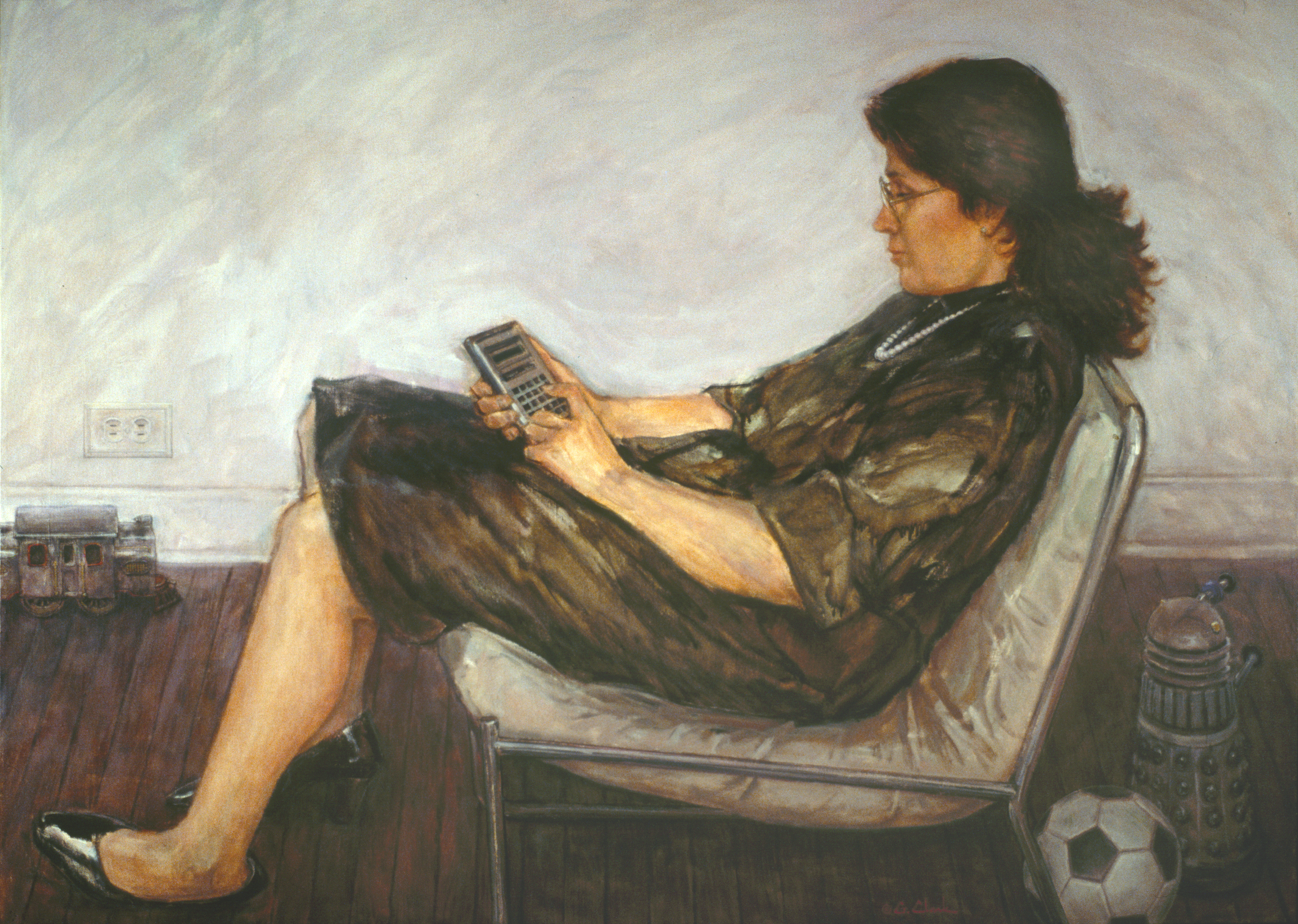 The artist has written: “I don’t want to be drawing people who are really angry or sad or frightened…or in any other way out of control, so I rely on the acting talents of my models.” In the resulting work, I mostly see actors, not the souls of characters they are playing. The remarkable exception is the painting of Michael Shannon as “Private Massari.” Perhaps Clark’s own combat experience in Vietnam enabled him to express so much vulnerability and anxiety. (Chris Miller)

Through February 10 at the Chicago Cultural Center, 78 East Washington