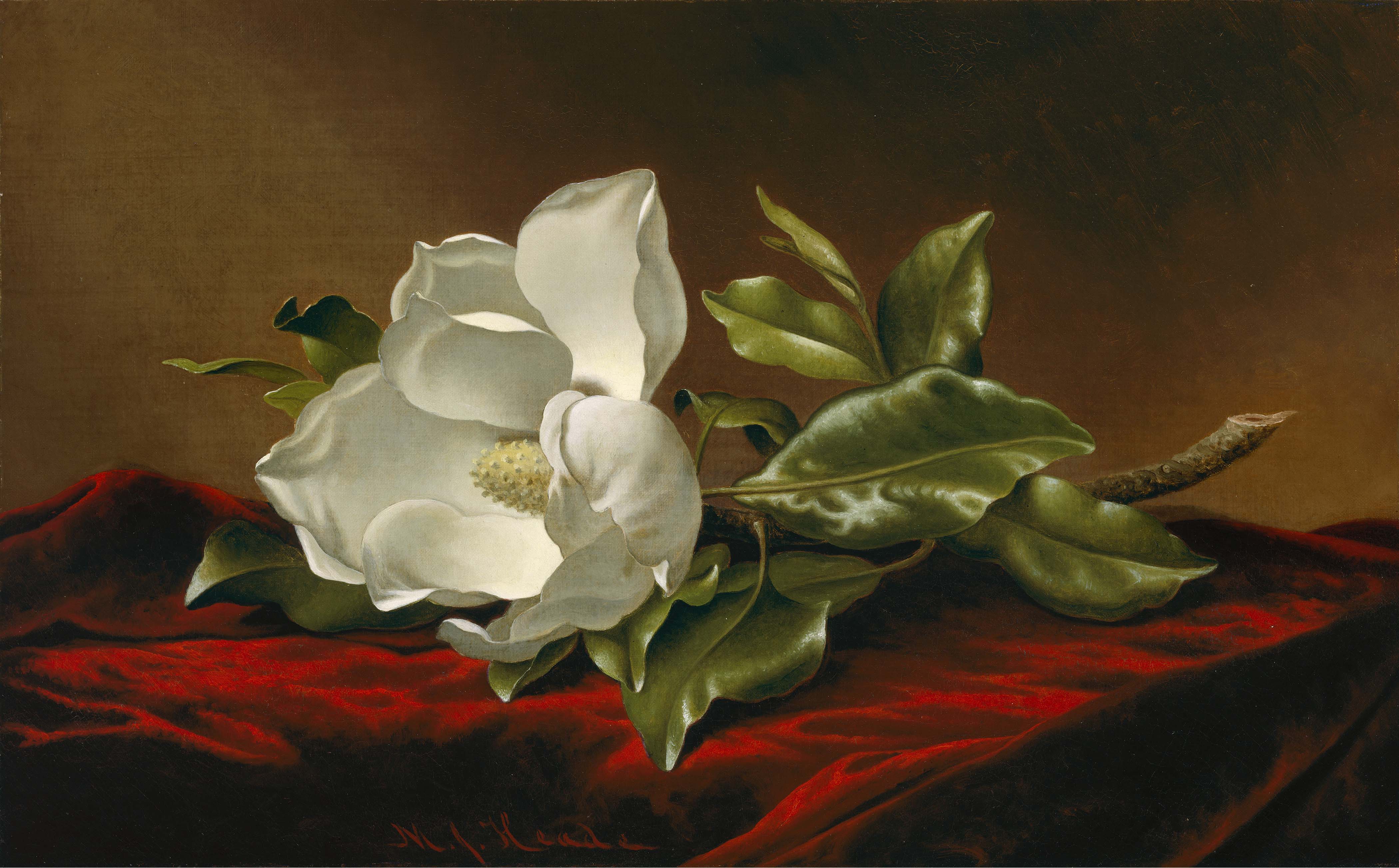 Martin Johnson Heade (1819-1904) began his long career in painting with portraiture. By 1857 he was beginning to switch to landscapes. Twenty years later he began to paint florals. In this exhibit, we see the awkward beginnings of each genre. Before long, however, he built a voice that was strong, measured and hopeful.

On-site sketches of rocky coastlines or haystacks reveal that he could be as attentive to natural detail as other nineteenth-century American landscapists in the exhibit, including Asher Brown Durand and John Frederick Kensett. That detail was not carried over into his finished paintings, however. They feel like symbolic visualizations of the American dream: a solitary entity at the center of a big, empty world, full of opportunity, as well as difficulty. That configuration first appears in “Rhode Island Landscape” of 1859. A lone woman gazes out over rocky pastures to view a spacious bay. It appears again as a small skiff runs from an “Approaching Storm” (1861), a title that could denote a chapter in the history of the concurrent Civil War. Heade may not have been an active Abolitionist, but in that same year he painted “Cloudy Day, Rhode Island” wherein the solitary figure is an African American leading his child through the mist toward a distant break in the clouds. Even more satisfying is “Point Judith, Rhode Island” (1863). It has little to do with geographical features, and much to do with the journey of a sole-ship metaphor lowering its sails while gently washed ashore.

Heade joined the mid-century enthusiasm for exploring biological and geological diversity. He traveled to South America to paint landscapes and exotic hummingbirds. His ornithological designs don’t reach the ornate intensity of work by John James Audubon and John Gould, which also appear in this exhibit. His floral paintings, however, more than equal the good examples by Joseph Henry Sharp and George Cochran Lambdin that hang beside them. While intensely naturalistic, they feel dramatic and even spiritual. His “Lotus Blossom” (1885/1900) is fit to accompany a Buddhist sutra.

At odds with the darker side of the human psyche, Heade’s transcendent spirituality has not always been trendy. It does, however, continue to inspire. (Chris Miller)