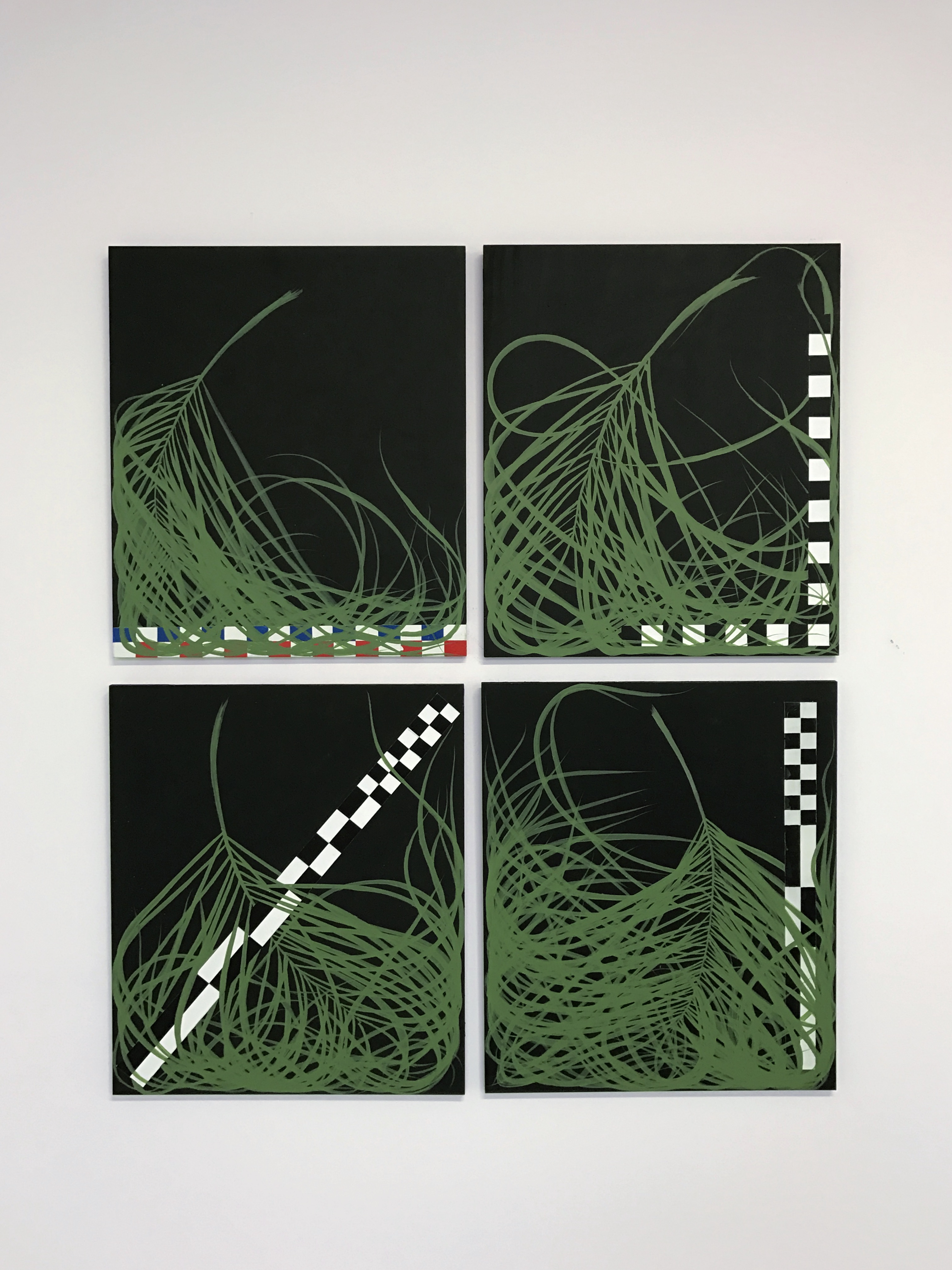 Steven Vainberg’s paintings toy with the kind of green and black (or blue) figure-ground relations familiar from early visions of cyberspace. But they describe fernlike forms, flattened like fossils, oddly constrained by the edges of the pictorial frame. “9 Paintings” pairs a small canvas with a larger ensemble of pieces in the Friendzone Window, each work reprising a common vocabulary of diagonally arranged vegetal features against a plain ground. It seems as though each image is composed of several particular, verdant stalks, the forms tessellated or superimposed in various combinations, but it is difficult to say this with certainty. Apart from the small canvas on the tableau’s right, most of the paintings are large productions on paper, propped against each other in a stack against the wall. The lone image that is fully visible depicts a chiasmus of
seeming stalks.

A black-and-white measuring stick, the sort sometimes used in archaeological digs, holds up the paintings on paper. The measuring increments grow smaller as the stick extends further from the viewer, exacerbating the illusion of perspective. It seems heavy-handed to pair this stick with images that bring fossil excavations to mind. To read Vainberg’s work as a reference to nineteenth-century survey photographs—which used a different sort of ruler but similarly dwelled on close-up plants—seems likewise heavy-handed, although I think it gets us closer to the questions of typology and arrangement that are in play. But something about the leaning stick and the paper caught mid-slide puts me more in mind of Charles Ray’s two 1973 works, each titled “Plank Piece,” in which the artist’s body is propped up by a wooden board. 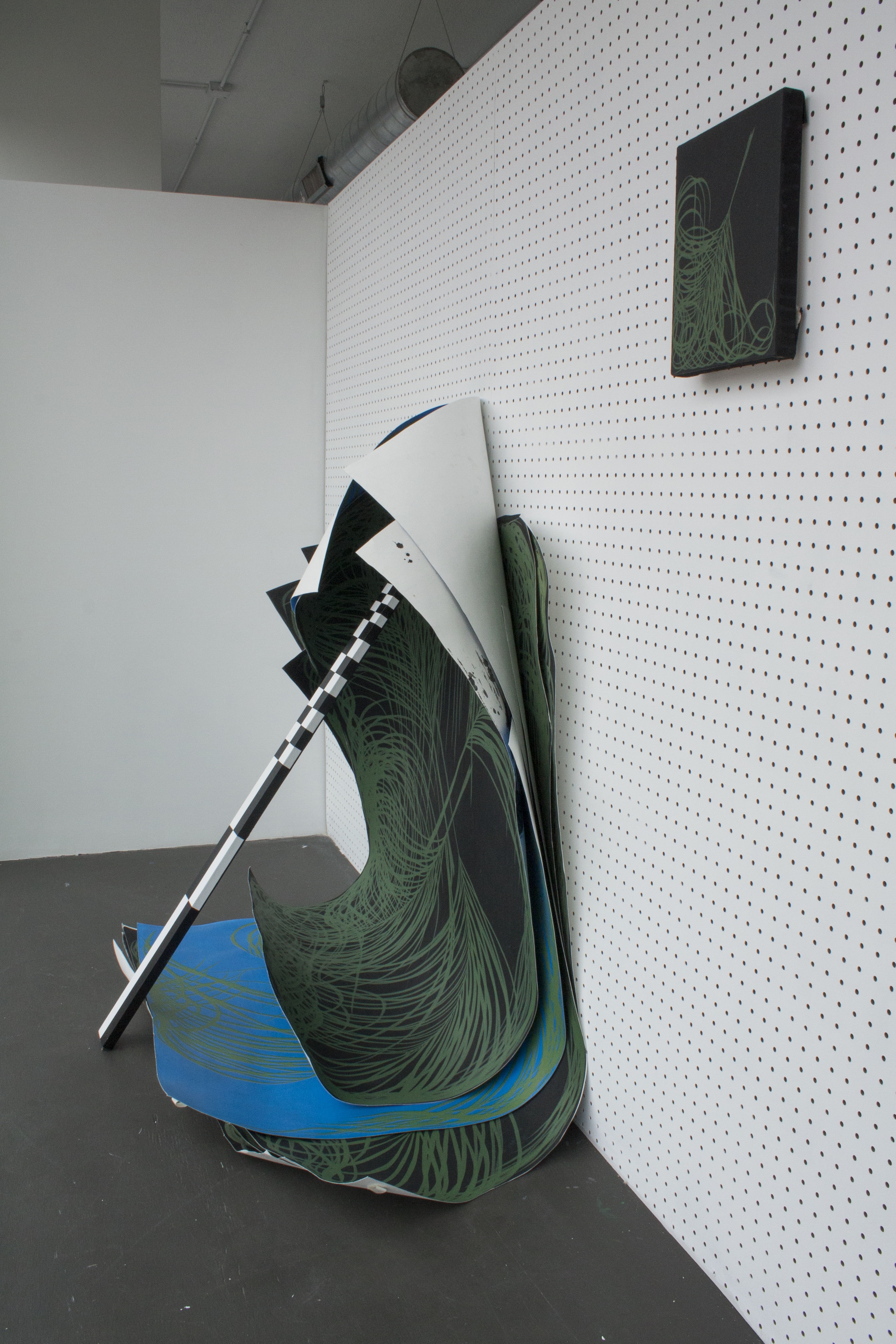 The question of what Vainberg’s arrangement actually means is hard to answer. There is something gratuitous about all the symbolism, something pointedly at odds with the cultivated air of a piece in progress. For instance, the large paper sheets hang over themselves, with splatters of paint visible on their verso. I feel a little like the bog-walker in Kant’s “Critique of Judgement,” who stumbles on a bit of shaped wood easily cognizable as something manmade. As art historian Richard Neer points out, that act of cognition is itself “an important act of critical judgment.” Vainberg’s works appear to pass themselves off as commentary on these kinds of cognitive acts, replete with a pastiche of references that emptily ramify. (Luke A. Fidler)