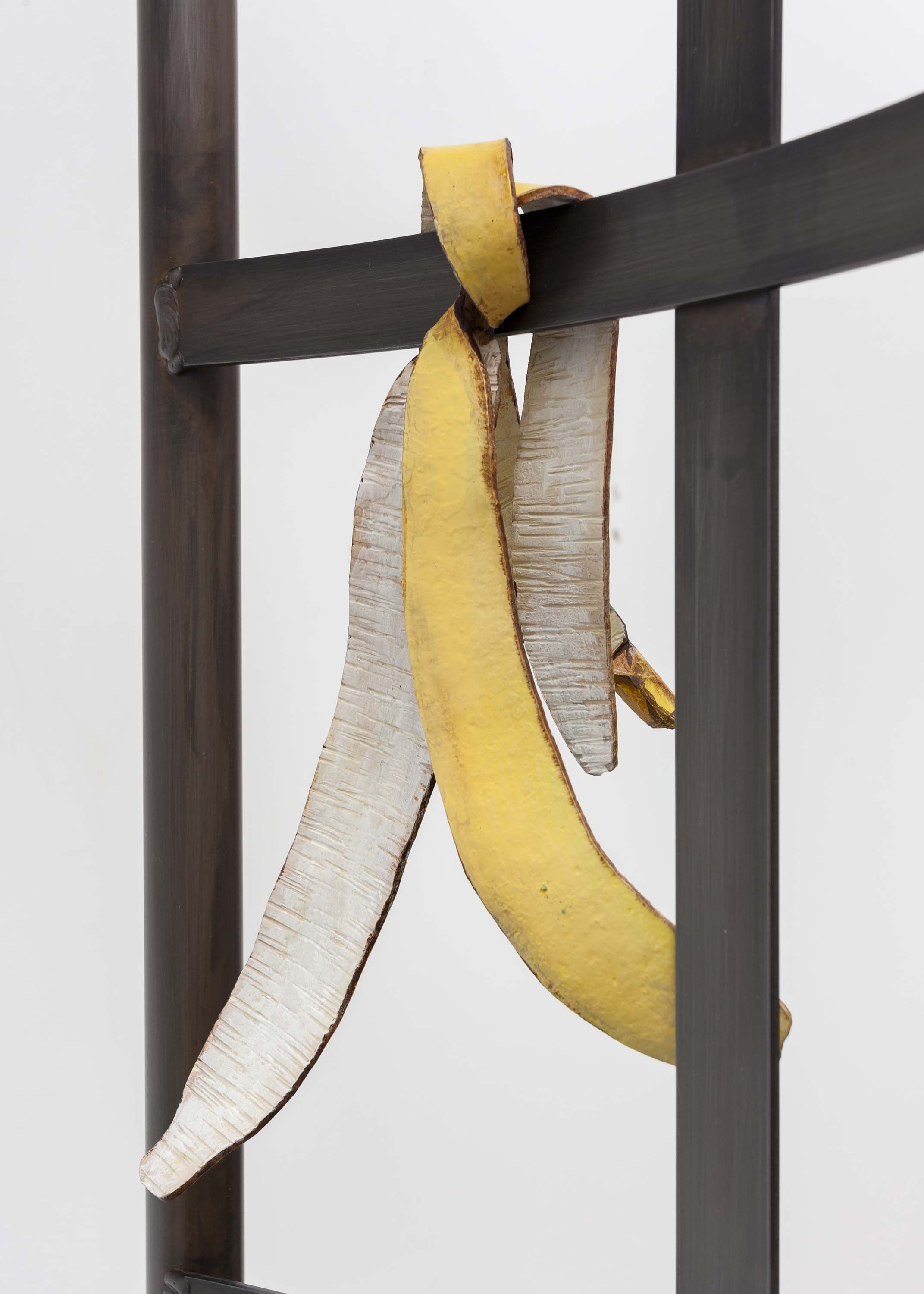 The term used in the complimentary brochure for the invisible, ever redshifting index rifled through in the prefrontal cortex of every looker who passes into the blue lights and observes Chris Bradley’s sculptures is trompe l’oeil, meaning a hoodwinking of the old rods and cones and visual cortex and optic nerves, a fucking-with of our most valuable, cardinal sense: sight. And that’s correct, really, except it isn’t enough; what we’re dealing with here is something more like transubstantiation, real blood-to-wine action, except this stuff turns water into glass, steel into flesh, light into heavy, utilitarian into useless. Bradley’s sculptures are not only not what they appear, they are Anansi-like in their layers of trickery, not to mention their sense of humor. 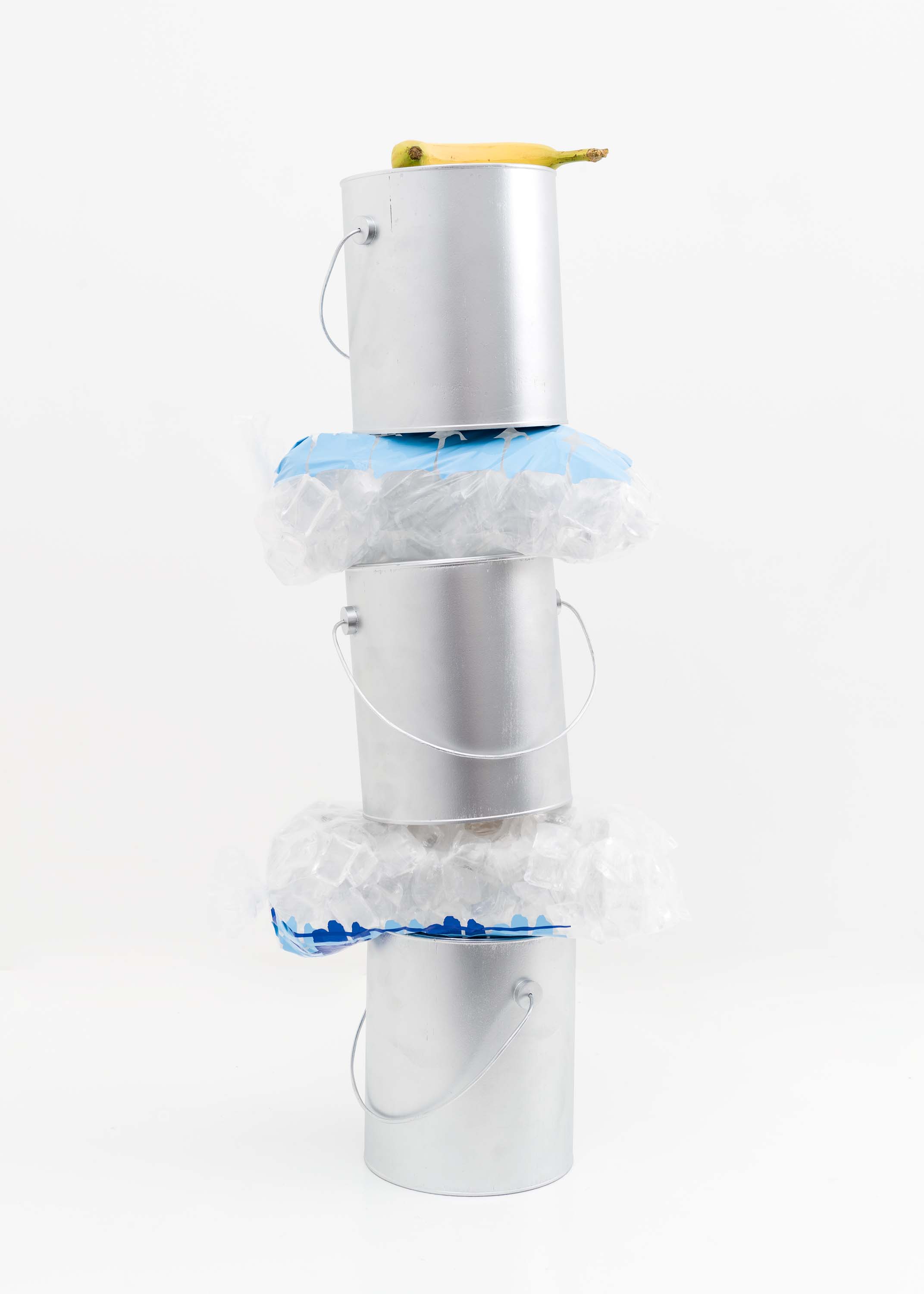 All those hand trucks, for example? Beyond having their wheels removed, or being mounted on kickboards (made, ironically, out of medium-density fiberboard), or being reduced to a voluptuous alien assembly of their handles—the part we control, touch and most intimately know, no more—they aren’t even found hand trucks; they are fabricated, like most everything else in the show, by Bradley. Most glorious are the bags of “ice”—cut glass adorned with polar bears and snow-capped branding—that clock in at roughly twenty-five pounds (the guard feared they’d spill like dressed deer if one picked them up!), a perfectly utilitarian thing made delightfully useless except as an objet, with the steel banana peels coming in at a close second. In the hall outside the main space, an array of paint cans—actually wood, and liable to tip right over if one bumps them—sit on nightstands, surreal vignettes within and around them (a Hockney scene post-summer, leaves and furniture in a tiny empty pool in a drawer; a potato which wanders the wall like the world’s starchiest spider) suggesting the kind of sleep-deprivation-derived trompe l’oeil one gets in a dawn-lit bedroom after a prolonged coke binge, something just beyond the playfulness of his material alchemy and with the slightest soupçon of strange menace, the uncanny power of trompe l’esprit. (B. David Zarley)

Through July 2 at the Museum of Contemporary Art, 220 East Chicago Avenue