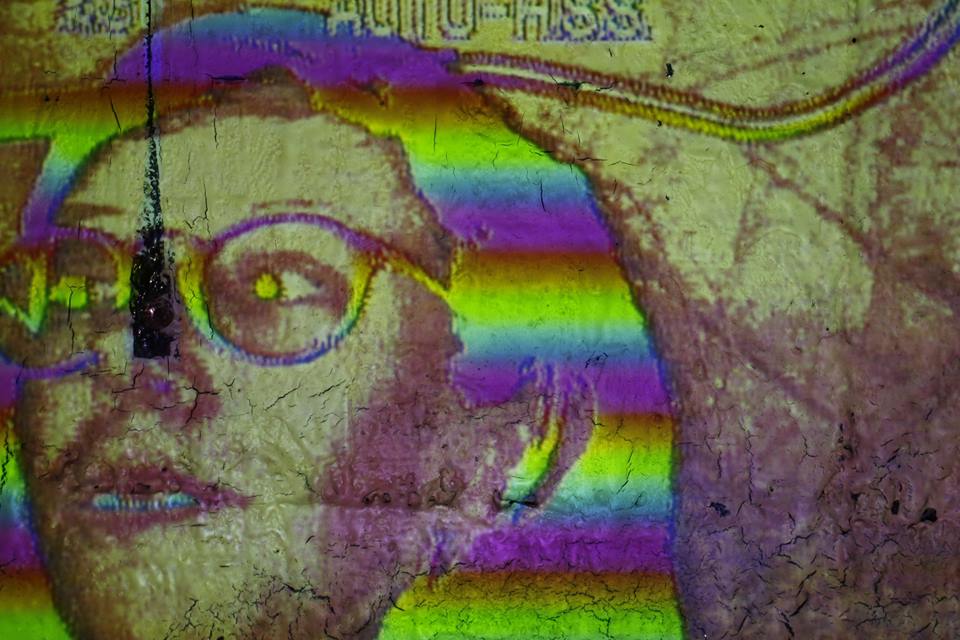 Presenting a cluster of gritty, sometimes confrontational works, “Public Pool” is the latest incarnation of the “Her Environment” series. Co-curated by Allie Shyer and Chelsea Welch, the series showcases the work of feminine-spectrum new-media artists laboring, as the curators put it, in a male-dominated culture. I take them to refer both to the conditions of the twenty-first century West and the current landscape of new media art in which a handful of high-profile men like Cory Arcangel and Ryan Trecartin receive most of the cash and coverage. The highly problematic writing of male critics on artists like Petra Cortright evidences just how deep the field’s phallocentric biases run. All this to say, the “Her Environment” series is a timely endeavor and one that has provided some of the more thoughtful shows I’ve seen in Chicago over the past year.

Some pieces in “Public Pool” hew fairly close to the well-established technical grounds of the new-media genre: Sara Goodman’s “Analog Distortion Photo Booth” is pretty much what it sounds like, and Allie Shyer’s “Scroll” uses video screens, projections and LED signs to point up the troubling imbrication of personal and political trauma; others, like Zeynab Ghandour’s array of objects on a chain-link fence, less so. Some reprise the familiar syntax of feminist and queer interventions, like Cheryl Acuña’s deliciously assembled “Necromancies and the Netherworlds: A Quick Ritual,” which abounds in witchy rhetoric. The strongest work is Tannaz Motevalli’s subdued arrangement of chewed wool and pomegranate. Clustering in a corner and extending along the walls and floor, Motevalli’s piece raises difficult questions of identity, material and the visual vocabulary of post-minimalist sculpture. 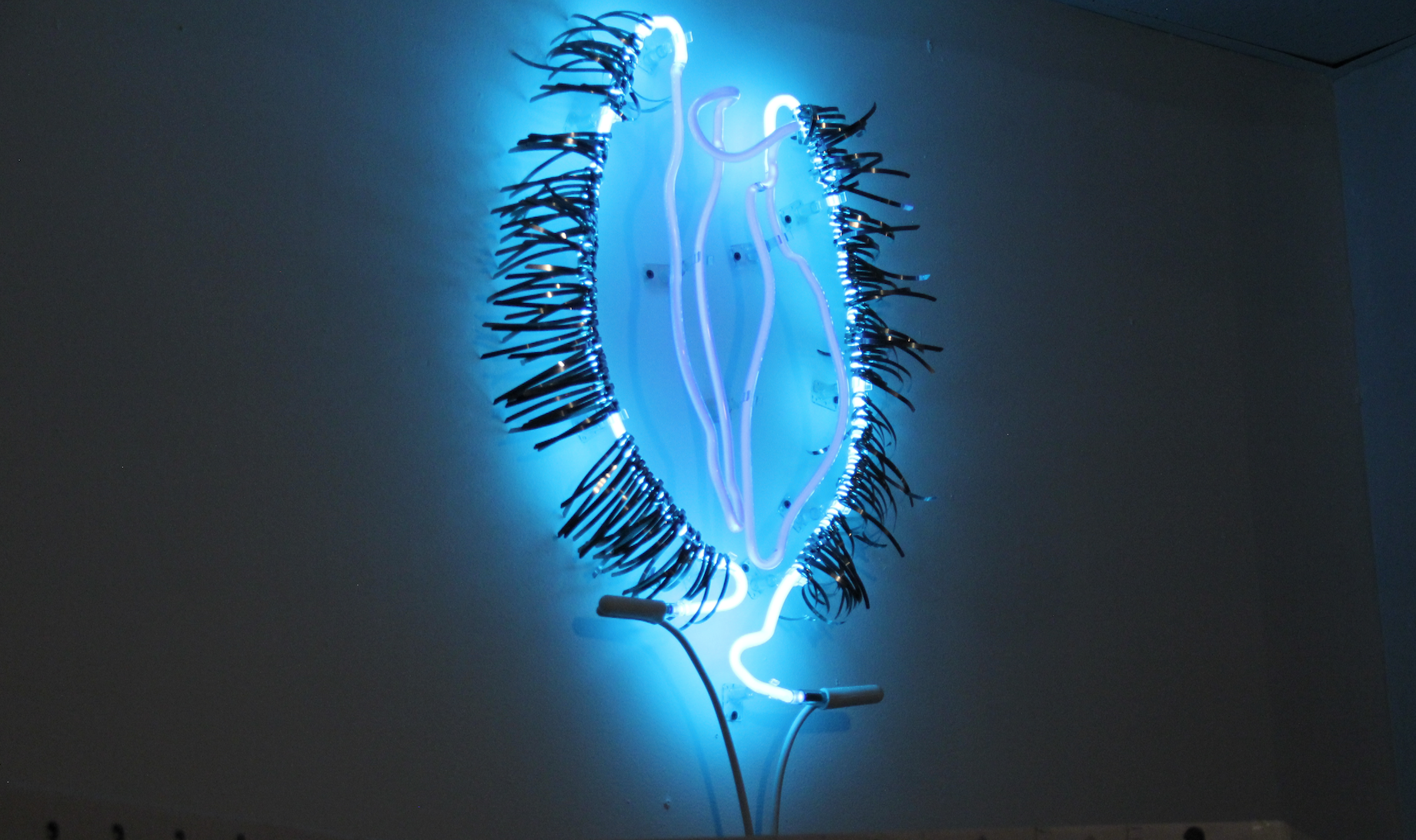 Considered as a whole, the show is remarkably illustrative of several trends described by Lane Relyea in his 2014 book “Your Everyday Art World.” Here, Relyea notes the rise of work that might be “aggressively low-tech” but relies on the practices and values of what he terms “database culture.” The flourishing of these kinds of objects is well-represented in this exhibition, from Iryne Roh’s “Low Tide” to Traci Fowler’s “Sadgurl :(”. But while Relyea rightly connects these trends to shifts in the way the art world at large is organized, detecting a networked “managerial imaginary” at play, the works in “Public Pool” skewer the sorts of networks that are predicated on male-dominated homosocial bonds. There are no managers here, only comrades. (Luke A. Fidler)