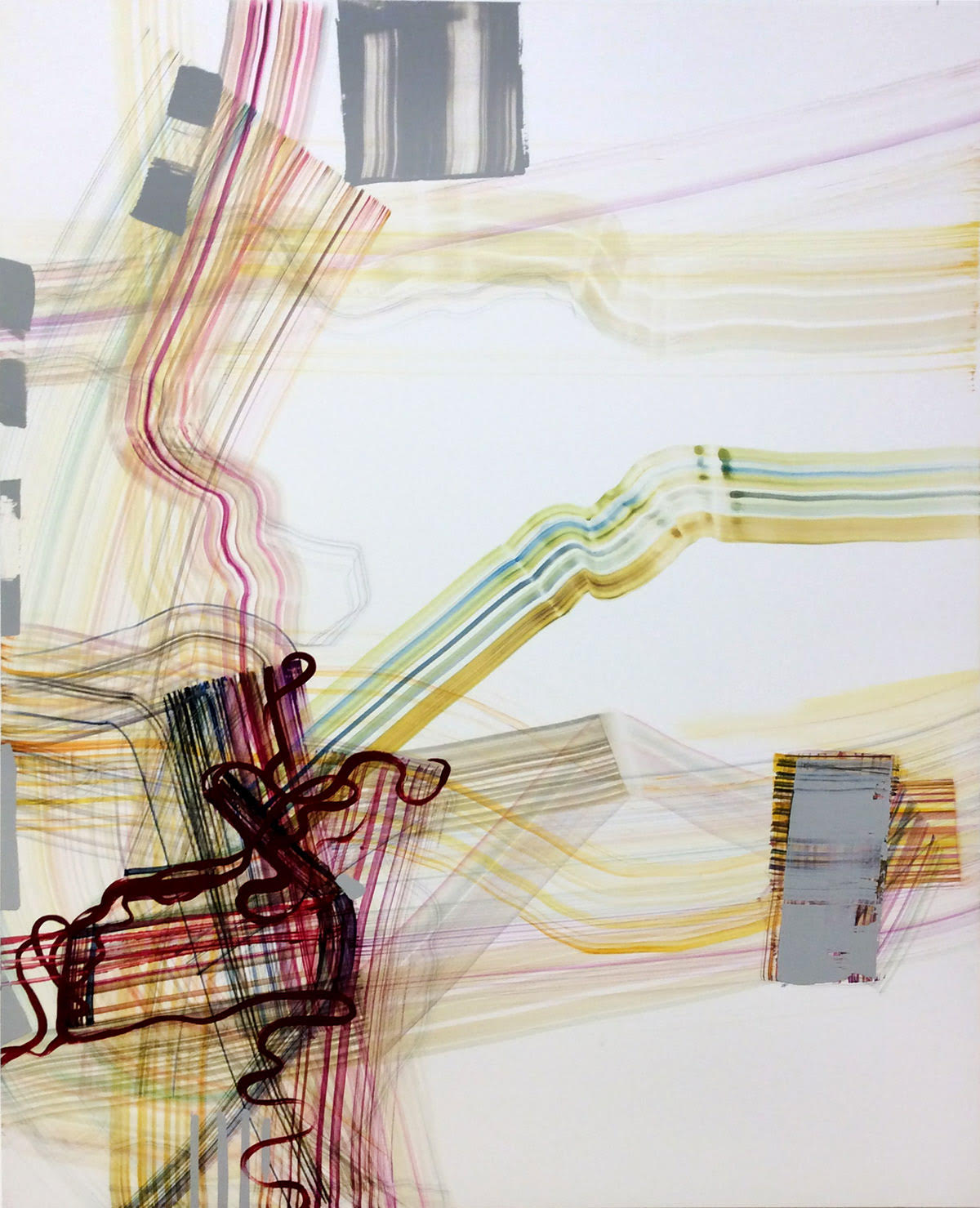 The idea of “Nothing From Something” might better apply to the blank white walls created by Chicago’s latest construction boom. All that steel and glass just to create empty spaces that need artwork. Such domestic settings often call for art that provides “that moment of clarity achieved through the realization of a perfect peace,” as Gallery 19 puts it. That moment might well be achieved with Anne Kaferle’s views of the high desert plains of Utah. Like their subject, they seem boundless, unaware of limiting edges, and created by some natural process of weathering and sedimentation, not unlike a polished marble slab that resembles a Chinese landscape painting. Unlike such natural creations, however, Kaferle’s paintings express warm, passionate feeling. She loves dry, rocky places and even offers them as fantasies with titles like “Arrakis” and “Irulan,” deliberate references to “Dune,” the classic science-fiction series by Frank Herbert.

Her companion, Charles Callis, paints some of the same desert views, though peace is more problematic for him. His painting is less about land and more about space—with as much anxiety as joy. His small, sharp calligraphic marks get lost in his larger paintings. They express frustration in a world too big to care. His smaller “Phaedra,” however, resembling a blurry Polaroid of a small river town, offers complexity, comfort and a hint of mystery.

The figurative photographer, Elizabeth Bick, celebrates big urban hustle, rather than escaping it. She splices together aerial shots of people on the street as if they were performing the solo and choral dances of a ballet. A former dancer herself, she has quite an eye for contrasting human postures from slouched to uplifting. Multiple frames of the same view allow the parallel lines within them to stay parallel even as they apparently recede. As in traditional Chinese perspective, a fixed point-of-view is not set.

The ceramics of Sam Chung are a more obvious hybrid of European and Asian visuality. They reference traditional Korean decorative cloud motifs as well as the dry, pop art humor of Lichtenstein. Though well crafted, such pieces serve better as amusing, decorative accents than as objects of peaceful contemplation. 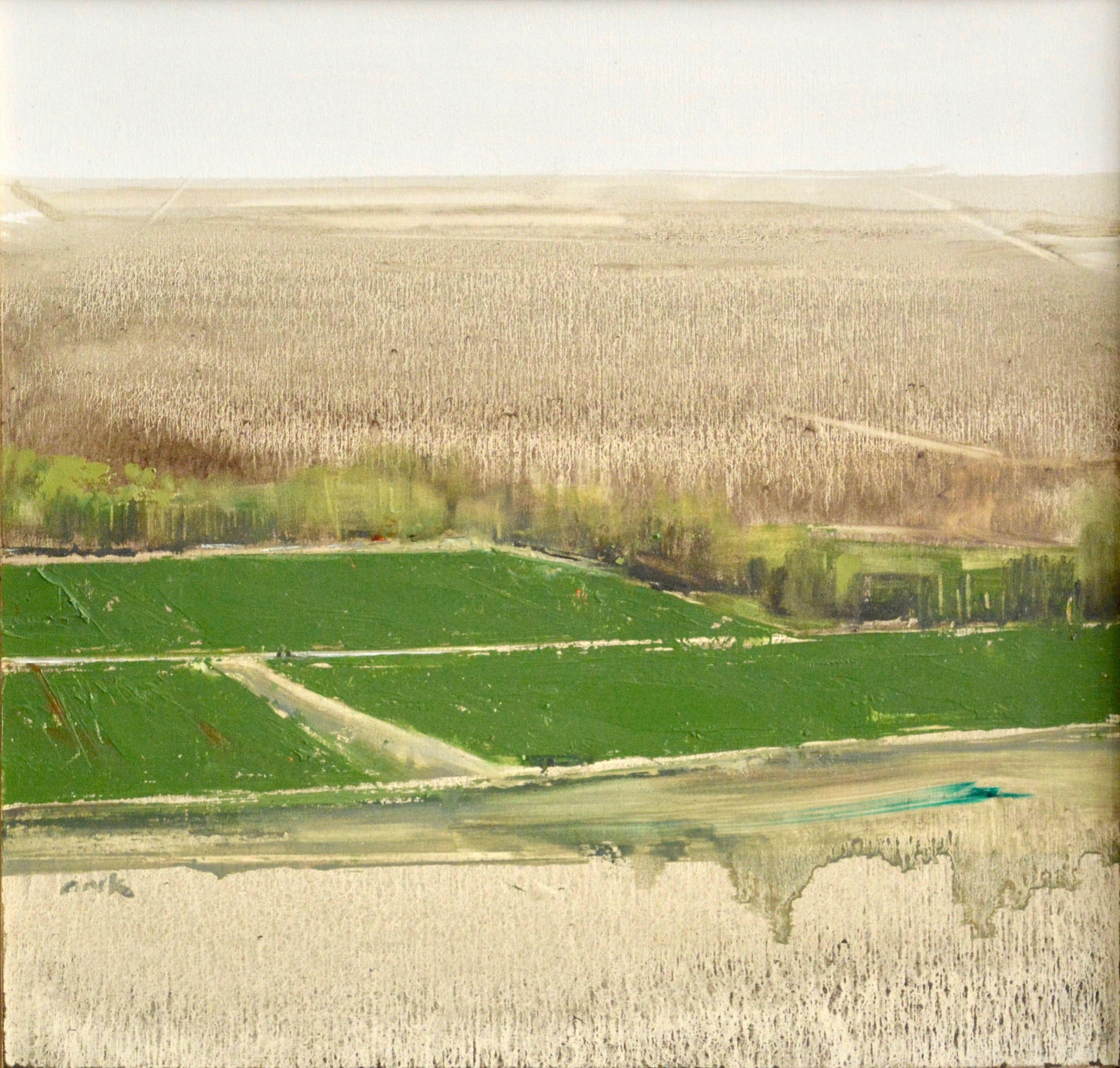 Perfect peace may also be hard to find in Halle Siepman’s graphic designs, which buzz with the upbeat energy of architectural planning. They’re elevations and floor plans gone wild with endless and unexpected variations on space cut by rapturous, sinuous bands of colorful lines. It’s as if she’s designing extensions to Frank Gehry’s sculptural spaces in Millennium Park, with even more whimsical surprises, though they are still conventional enough to accommodate habitation.

What do these five artists have in common? Even Kaferle seems more interested in geological process than in the Zen-like paradox of “nothing from something.” We might note, however, that none of them express anger or despair about the world. None of them are critical of something they want to change. They’re more about finding and sharing various ways the world can be enjoyed: on remote plateaus, busy city streets and especially in the quiet space of a new high-rise apartment. (Chris Miller)

“Nothing From Something” shows at Gallery 19 through March 11, 4839 North Damen.