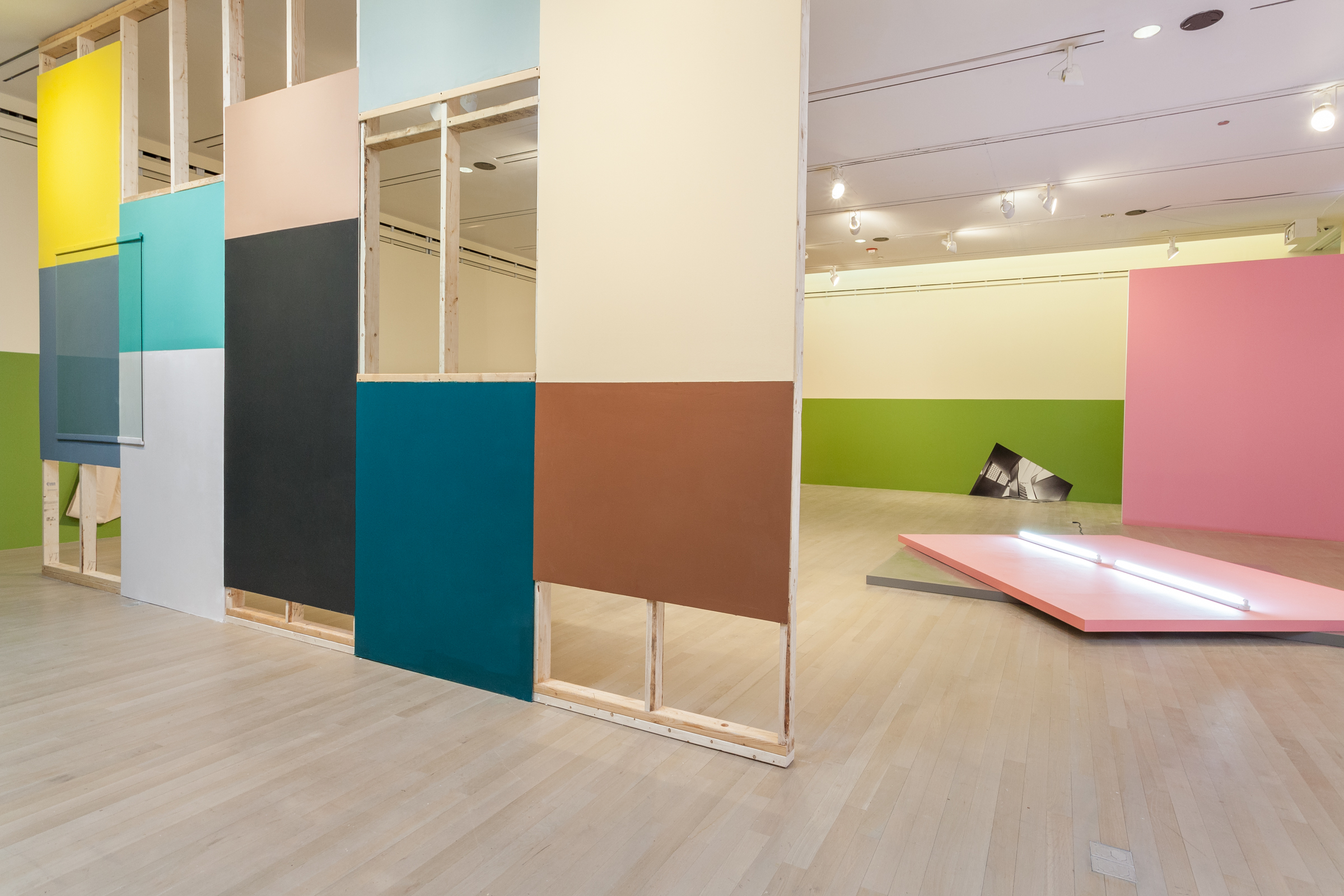 Kapwani Kiwanga, who trained in anthropology, purports to put anthropological research to use in this, her first solo show in the United States. The show is anthropological in the structuralist sense—it examines how nineteenth- and twentieth-century institutional spaces looked—but it also exemplifies the kind of research-based art that, in the wake of seminal articles published in the 1990s by Hal Foster and Faye Ginsburg, has come to be described according to the language and protocols of ethnography. Some of Kiwanga’s pieces draw specifically on the legacy of University of Chicago alumnus Faber Birren, a color theorist whose work on industrial color design Kiwanga consulted in the university archives. Yesomi Umolu, the show’s curator, has made clear her interest in art and anthropology, and this show, titled “The Sum and Its Parts,” follows several Logan exhibitions that engage with the theme.

And so, while this is not the place to rehearse the many critiques now mounted against, say, Foster’s notion of “artist as ethnographer” (Umolu borrowed the phrase for a talk about her research in May; for critiques, I direct the interested reader to Jennifer González’s Subject to Display), it’s worth mentioning that the artist’s responsibility to specific communities has been a contentious topic of debate. Should anthropologically minded artists, who often parachute into cities for short-lived shows that claim some measure of site-specificity, be exempt from the ethical demands made of professional ethnographers? I am inclined to answer this question in the negative, and I think Kiwanga’s show—while admittedly containing some works of formal interest and intelligence—shows why. 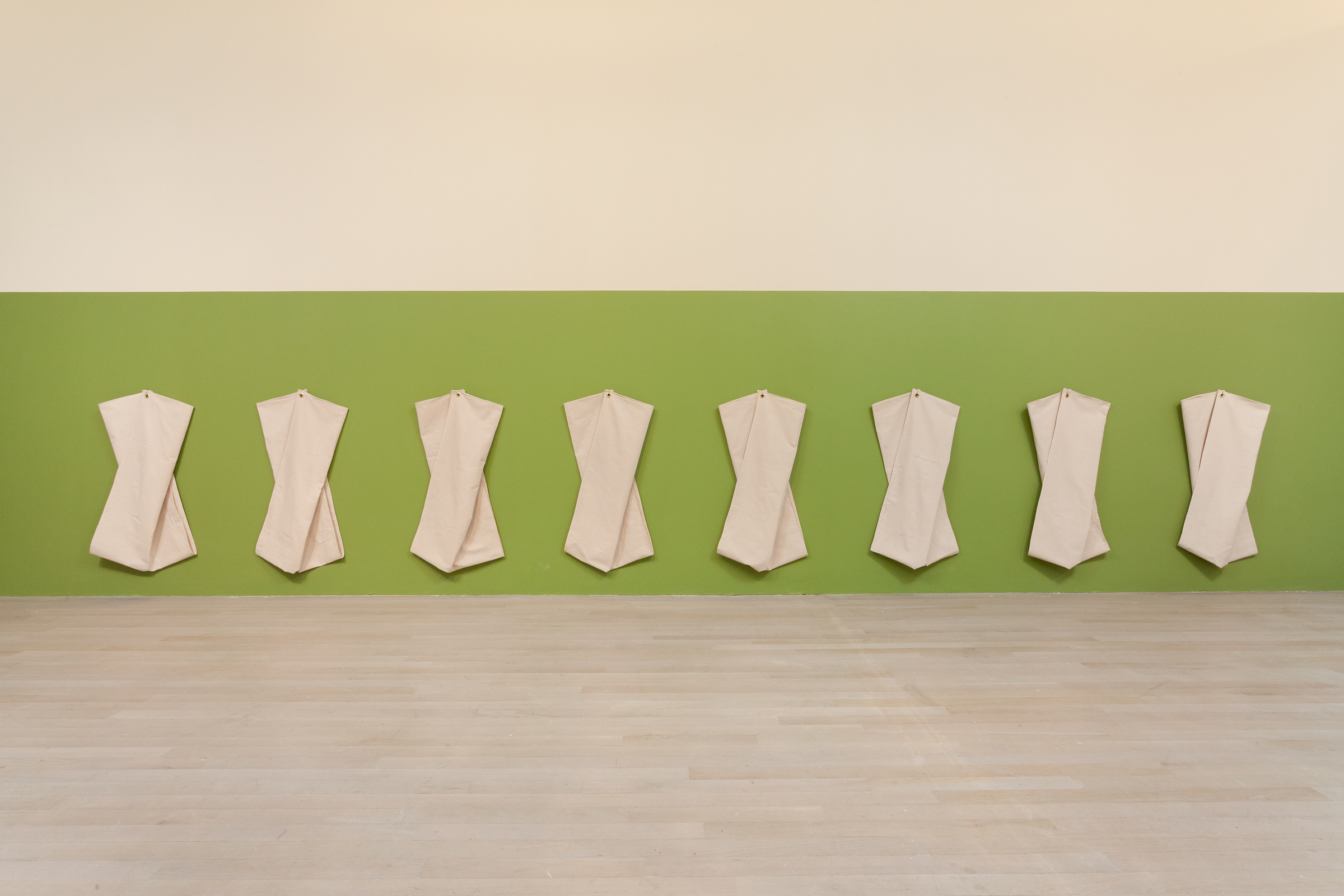 Most of the works take up the two-tone decorative formula developed for the walls of institutions like hospitals and prisons. The gallery itself is painted lime green with blocks of salmon pink. Black-and-white photographs depicting the kinds of institutional spaces that Kiwanga draws inspiration from are scattered folded along the wall and floor. More sculptural efforts to deal with the two-tone wall are distributed throughout the space. Two painted wood panels surmounted by neon lights appear to be a deconstructed version of institutional interiority. Throughout, the works abstract certain formal properties from institutions and Birren’s designs. They do not render them susceptible to critique, nor do they place them in regard to their socio-historical contexts, nor do they explore the afterlife of such practices in contemporary prisons and hospitals. In short, they produce the very opposite of site-specific work and responsible ethnography. (Luke A. Fidler)

Kapwani Kiwanga “The Sum and Its Parts” shows through March 12 at Logan Center Exhibitions, 915 East 60th.