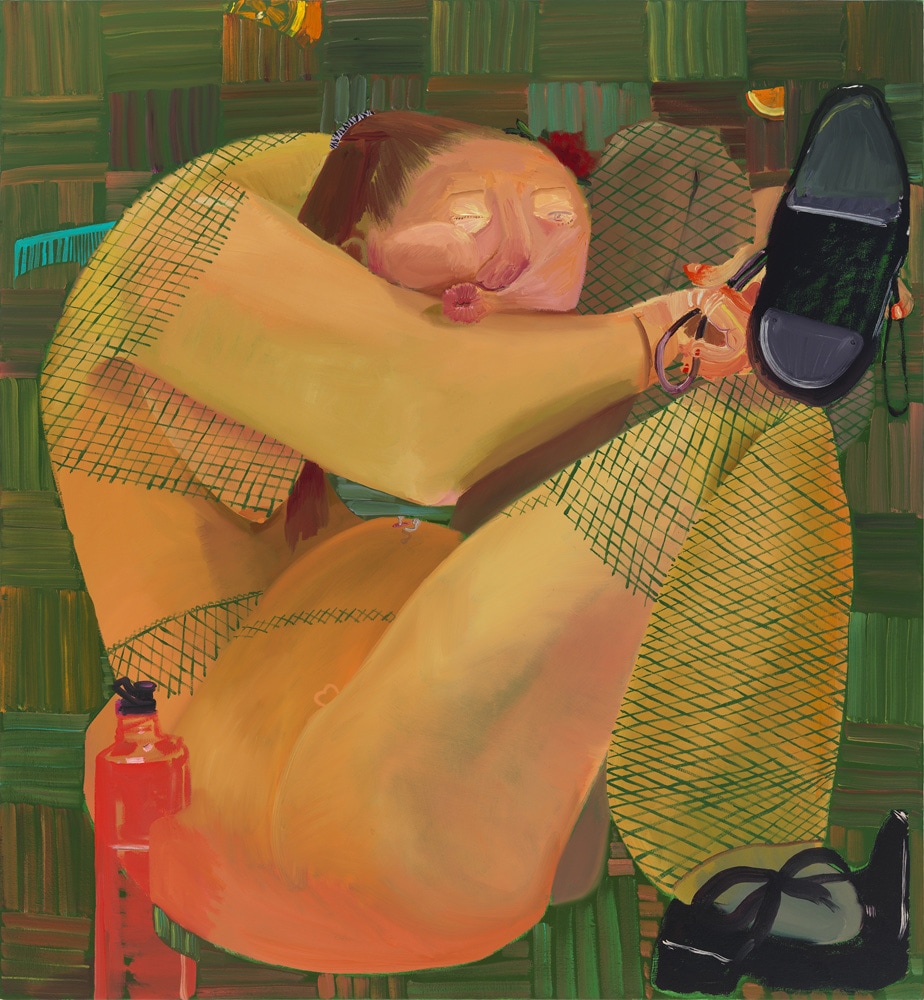 Pulsating with hyper-real color, painterly brush strokes and an undercurrent of apprehensive eroticism, “Layer Cakes” is a seven-person exhibition of recent work by artists affiliated with the School of the Art Institute of Chicago. The influence of painting’s recent past is palpable in this show’s wide-ranging take on contemporary representational practice. Echoes of Dana Schutz, Nicole Eisenman and Laura Owens loom large, but the six painters and the talented sculptor Rodrigo Lara Zendejas are young and finding their voice.

Though works teeming with genitalia can be the last refuge of an artist who has run out of ideas—which might explain the subject’s popularity with contemporary practitioners—the eroticism peppered in Celeste Rapone’s work is subtler. In “Wink,” the viewer receives a kiss blown from the mouth of a stripper fixing her shoe while on break from the stage. The lips, tightly pursed, double as an anus. While Choi’s take on sexuality is about dominance and its propensity to humiliate, Rapone’s “Wink” as well as Bryant Worley’s skinny dipping pastoral “Free Love” is fun and celebratory.

Keith Tolch’s pictures come the closest to outright abstraction, but even in the midst of the work’s heavily pixilated surfaces, imagery emerges. Among dense accretions and meandering lines of “Bury the Ground,” a human skull and a knight’s helmet materialize amidst YouTube artifacts. The tension between a recognizable object and its abstract qualities are also present in Herman Aguirre’s heaving, paint-laden images. The intense materiality of each “Portrait of Paloma” is more sculptural than it is two-dimensional, virtually obliterating its subject.

Rounded out with works by Lydia Maria Pfeffer, “Layer Cakes” is a satisfying survey of directions in painting that feel as fresh as this sixty-nine-degree weather in February, and possibly just as ominous. (Alan Pocaro)