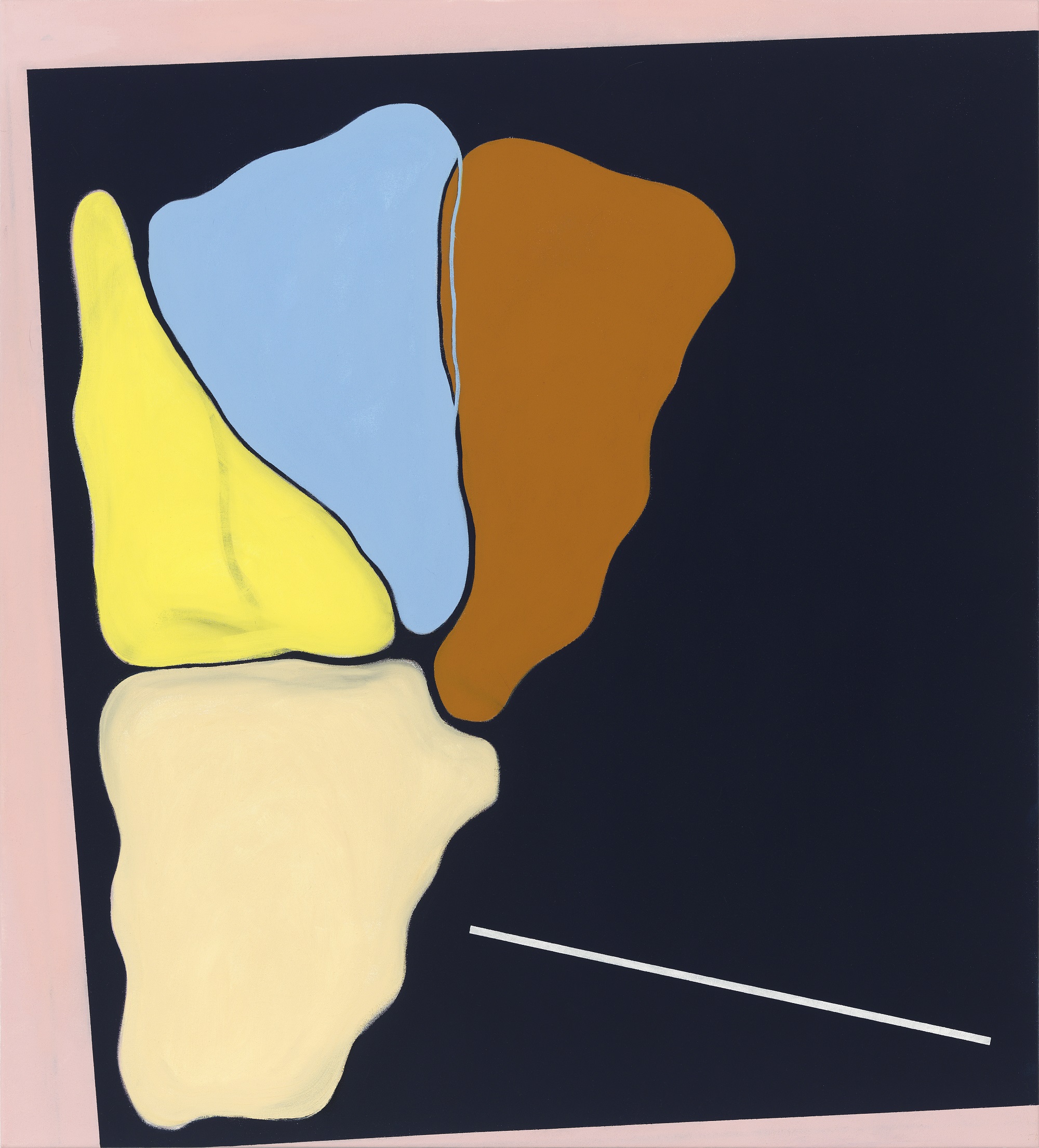 The agitated surfaces in Chris Smith’s new show at Linda Warren Projects flutter and fidget like the struts of the Morgan Street station as the Green Line rollicks overhead. Featuring a collection of five large oils on canvas and a concentrated group of thirteen mixed-media panels, Smith’s works are part autobiography, part history of the medium. Like an obsessed archaeologist, one’s impulse here is to dig deep.

The grid-like topographies in any number of the artist’s small-scale works revel in an expressive concern with the passage of time. Composed of Smith’s old business cards and found mercantile tickets affixed to panels, these works are finished with acrylic paint carefully applied in multiple layers and then dutifully sanded back off. In both “Untitled IM28” and ”Untitled IM43,” the revealed contrasts in color and texture are particularly electrifying.

By comparison with the dense, frenetic qualities of his acrylic panels, Smith’s oils are buoyant with a generous and expansive sense of light. In works such as “BPOS4” and “Untitled IM34” the sense of history arises not from a concerted process of aggressive revelation but rather through a delicate camouflage. Graceful forms and sweeping charcoal lines—pentimenti of layers past—flicker transiently just beneath lustrous thin glazes on the canvas’ surface. There’s a snugness to these pictures that radiates a hard-won serenity; the fruit of the smaller works’ more forceful labor.

While his works are strongest when his curving vegetal forms are allowed to play more freely against the authority of the grid—“Untitled IM44 and “Untitled IM31”—with “Strata,” Smith has crafted a visual vernacular in which subject and process become one, and where composition is often secondary to specific incident. Like life itself, it is the potency of the individual moments that resonate across time. (Alan Pocaro)