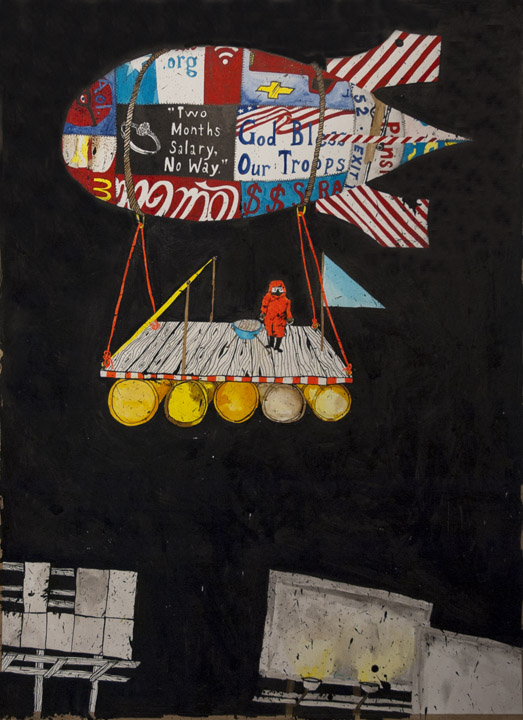 “Echoing Concerns” features two artists born seventy years and five-thousand miles apart who worked “toward similar goals of drawing attention to societal injustices they witness every day.” At least that is how the curator of the exhibition explains their juxtaposition. I could not find an obvious example of social injustice addressed anywhere in the exhibit. What is more apparent is how each artist helps us understand the art and times of the other.

Carlos Hermosilla Álvarez (1905-1991) was a teacher and graphic artist in Valparaiso, Chile. Like the members of the Taller de Gráfica Popular, founded in Mexico in 1937, he applied the formal energy of Modern art, especially Cubism, in depicting the drama of working-class life. Unlike the Mexican collective, however, his attention was more toward compassionate rather than political solidarity. The desperate human heart can always be felt in the places that he depicts, but people themselves are seldom seen, even when he’s depicting public transportation. He did not depict villains, and when he depicted heroes, they were artists, not politicians. His message was of longing, not anger, and his work often seems consumed by the inner fire that twisted through the art of El Greco. There never seems to be enough space for his graphic energy, which bursts beyond the borders of every print. Like Rembrandt, he sought to capture the soul of his portrait subjects, not just a physical resemblance and the viewer is invited to engage rather than just stare at them. Like a folk singer, he addressed his community, not aesthetes, with images that resemble the last stanza of “Gracias a la Vida,” the international anthem written by Violeta Parra, one of the artists whom he depicted in a woodcut: “Thanks to life, which has given me so much. It gave me laughter and it gave me tears. With them, I distinguish happiness from pain, the two elements that make up my song… and everyone’s song” 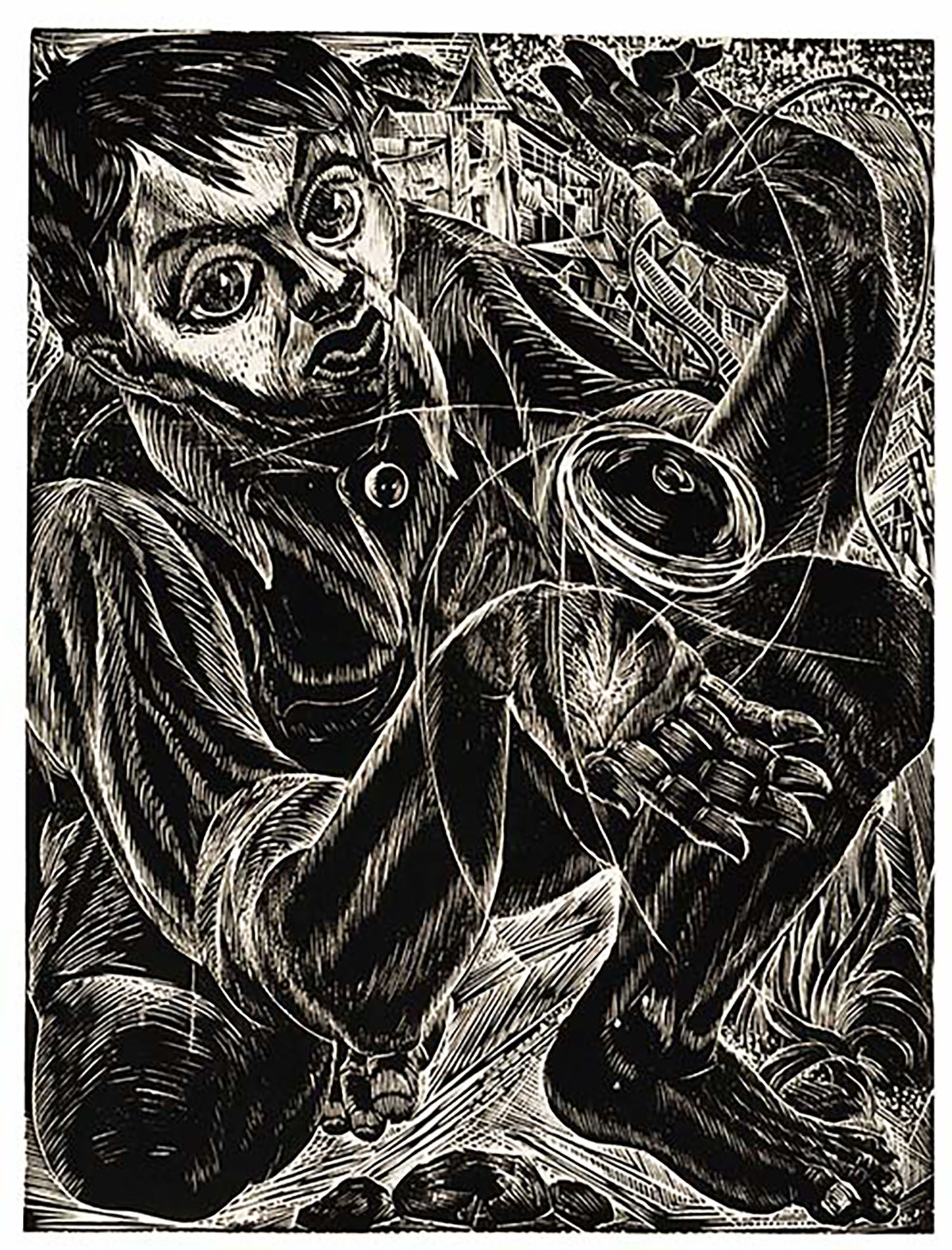 The Milwaukee artist, Colin Matthes (b.1978), also depicts blue-collar drama with the art of his time, but the politics and the art are remarkably different. Feeling ignored by the progressive politics of national institutions, white working-class Americans have turned to ever more reactionary, predatory and incompetent leaders. Meanwhile, the American art world is in its seventh decade of provocative nihilism, questioning rather than asserting the meaning and value of everything including art itself. Both trends come seamlessly together in Matthes’ lurid depiction of those angry/goofy “deplorables” who cannot distinguish reality from reality television. My favorite piece is his 2017 drawing, “The Victors Take the Gods,” wherein frumpy folks are triumphantly carrying off fast-food logos, security cameras and various other artifacts of strip-mall culture—the spoils of their pyrrhic victory in November. I’m not sure whether his deplorable neighbors will repent their foolishness after seeing themselves lampooned in his art. But then, I’m also not sure whether the common folk of Valparaiso ever felt that an Álvarez woodcut was singing their song. Both kinds of work appeal to those who love the expressive potential of art more than any kind of social or political sentiment. (Chris Miller)