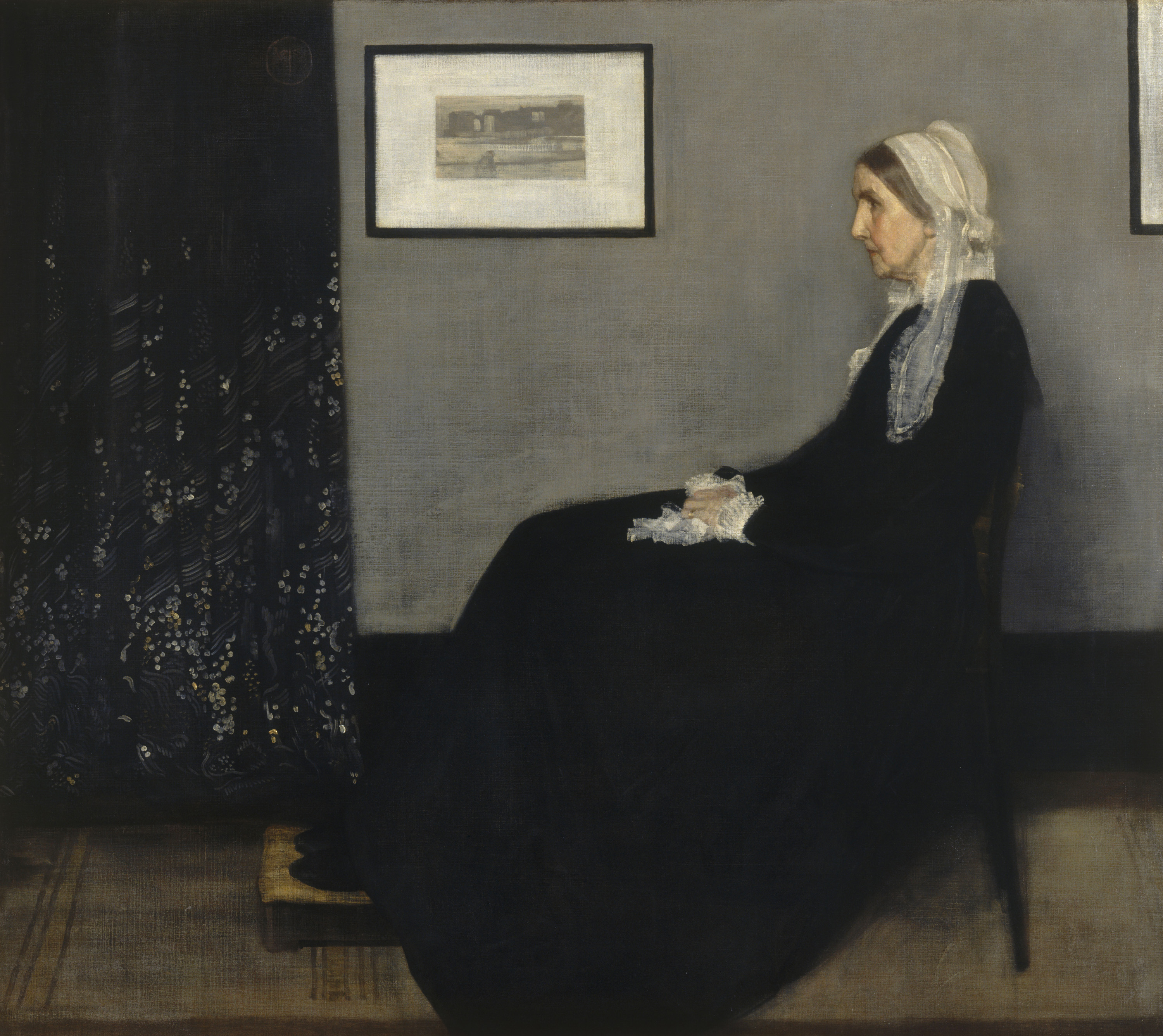 The American artist James McNeill Whistler had an exquisite sense of the absurd. His autobiography in the form of an apologia is titled “The Gentle Art of Making Enemies” (1890) and begins with the critic John Ruskin’s famous putdown of Whistler’s painting “Nocturne in Black and Gold: The Falling Rocket” (1875):

For Mr. Whistler’s own sake, no less than for the protection of the purchaser, Sir Coutts Lindsay ought not to have admitted works into the gallery in which the ill-educated conceit of the artist so nearly approached the aspect of willful imposture. I have seen, and heard, much of Cockney impudence before now; but never expected to hear a coxcomb ask two hundred guineas for flinging a pot of paint in the public’s face.

Whistler sued Ruskin for libel and the resulting trial, heard in 1878 at the Old Bailey, ended up crippling the fortune of the one and damaging the reputation of the other. Whistler won but was awarded a mere farthing in damages while being saddled with court costs. Ruskin, the great moralist and champion of JMW Turner and the Pre-Raphaelites, was thereafter deemed by many a prig and a philistine and retreated from public life. In “The Gentle Art,” Whistler nevertheless rehearsed the sorry saga with irony and wit.

However great his sense of humor, Whistler would likely have been mortified by the fate of his great manifesto-painting of 1871, “Arrangement in Grey and Black No. 1 [Portrait of the Artist’s Mother].” This is what he said about the picture, now on exhibit in a fine and succinct portfolio exhibition at the Art Institute of Chicago:

Art should be independent of all claptrap—should stand alone, and appeal to the artistic sense of eye or ear, without confounding this with emotions entirely foreign to it, as devotion, pity, love, patriotism and the like. All these have no kind of concern with it, and that is why I insist on calling my works “arrangements” and “harmonies.” Take the picture of my mother exhibited at the Royal Academy as an “Arrangement in Grey and Black.” Now that is what the picture is. To me it is interesting as a picture of my mother; but what can or ought the public to care about the identity of the portrait? It must stand or fall on its merits as an arrangement.

There can hardly have been a clearer statement of aestheticism—the doctrine of art for art’s sake—than this, unless it was Oscar Wilde’s a few years later: “Mere colour, unspoiled by meaning, and unallied by definite form, can speak to the soul in a thousand different ways.” Wilde likely had Whistler in mind when he wrote this. “Arrangement” is in fact a symphony of grey and black: the sitter is dressed in black, white and grey, the background is grey, the curtain at left is black and grey and the framed print on the back wall—Whistler’s own etching, “Black Lion Wharf” (1859), also in this exhibition—is grey with a white mat board and a black frame. The painting was perhaps an homage to the artist’s friend Gustave Courbet, whose 1851 manifesto of Realism, “Burial at Ornans” was also a composition in black and white. In that picture, there are four women with black dresses, white lace kerchiefs and white hankies. 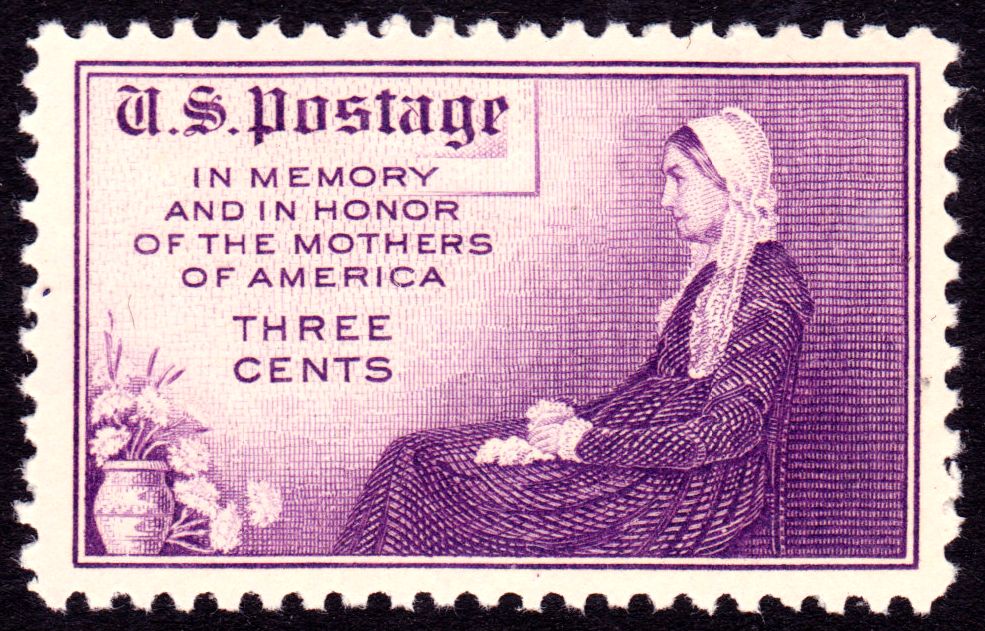 Conceived as an aestheticist salvo, “Arrangement in Grey and Black” nevertheless ended up as an “icon” of its opposite: academicism and the suffocation of kitsch. “Whistler’s Mother” has been used on greeting cards, cookbook covers, tea cozies, caricatures and advertisements too numerous to cite. Mother’s Day is almost unthinkable without Whistler’s picture, an association cemented in 1934 by a three-cent US postage stamp with Whistler’s picture and the legend: “In memory and in honor of the mothers of America.” In all of these cases, what mattered was the “claptrap”—the subject matter—of Whistler’s picture, not the manner in which it was painted. The Art Institute exhibition has put enough of this depressing material on view to make the point, but fortunately not so much as to drown the painting itself.

So Mr. J.M. Whistler deserves our sympathy, but only to a point: He brought his troubles on himself. For a picture supposedly all about form, “Whistler’s Mother” (this incorrect title is unavoidable) is heavy on content, including “devotion, pity, love and patriotism.” Though she is thinly painted and represented in profile (the least expressive of portrait formats), the face of the figure is very animated. Her tilted head, pursed lips and wide-open eyes convey alertness. Her hands tightly clutch a handkerchief signaling self-mastery. The gold ring on the little finger of her left hand symbolizes marital devotion. (Whistler’s father was an American engineer who died in 1849 working on the Moscow to St. Petersburg railway.) Her feet—clad in black shoes of course—are pressed close together on a rest, and she slouches just slightly. And the ruddiness of her cheeks makes us wonder if we are seeing skin damaged by the sun or a saucy dab of rouge.

Whistler’s painting of his mother, in other words, does what great portraits do, tell about the life of the sitter and express the relationship between artist and subject. Rembrandt, Velázquez and Ingres all did it and so did Whistler. Perhaps it was inevitable therefore that Whistler—a great artist and a good son—would produce much more just than an “arrangement.”

But what wasn’t inevitable was Whistler’s marketing of his picture. In 1879, he licensed a mezzotint reproduction of it, in 1883 an etched version, and in 1893 a lithograph. In each instance, the subtle harmonies of tone are sacrificed for the drama of black and white. Moreover, what is most emphasized in the prints is the face, not the surrounding forms or interplay of tonalities. The result are images of Motherhood, which in the context of the early twentieth century United States also have the ring of patriotism: think Betsy Ross, Martha Washington and Abigail Adams.

The Ruskin trial nearly bankrupted Whistler, requiring him to be much more money conscious thereafter. That’s why he allowed his “Arrangement in Grey and Black” to be so often reproduced, and why it eventually became iconic. So in the end John Ruskin, who lost at trial, won after all. In the twentieth century, the coxcomb’s manifesto of aestheticism became a moralistic expression of love, filial devotion and patriotism. Seeing the picture in Chicago, on loan from its permanent home at the Musée d’Orsay in Paris, allows a new American audience to wrestle once more with Whistler’s Mother and her tangled legacy.

“Whistler’s Mother: An American Icon Returns to Chicago” shows through May 21 at the Art Institute of Chicago, 111 South Michigan.