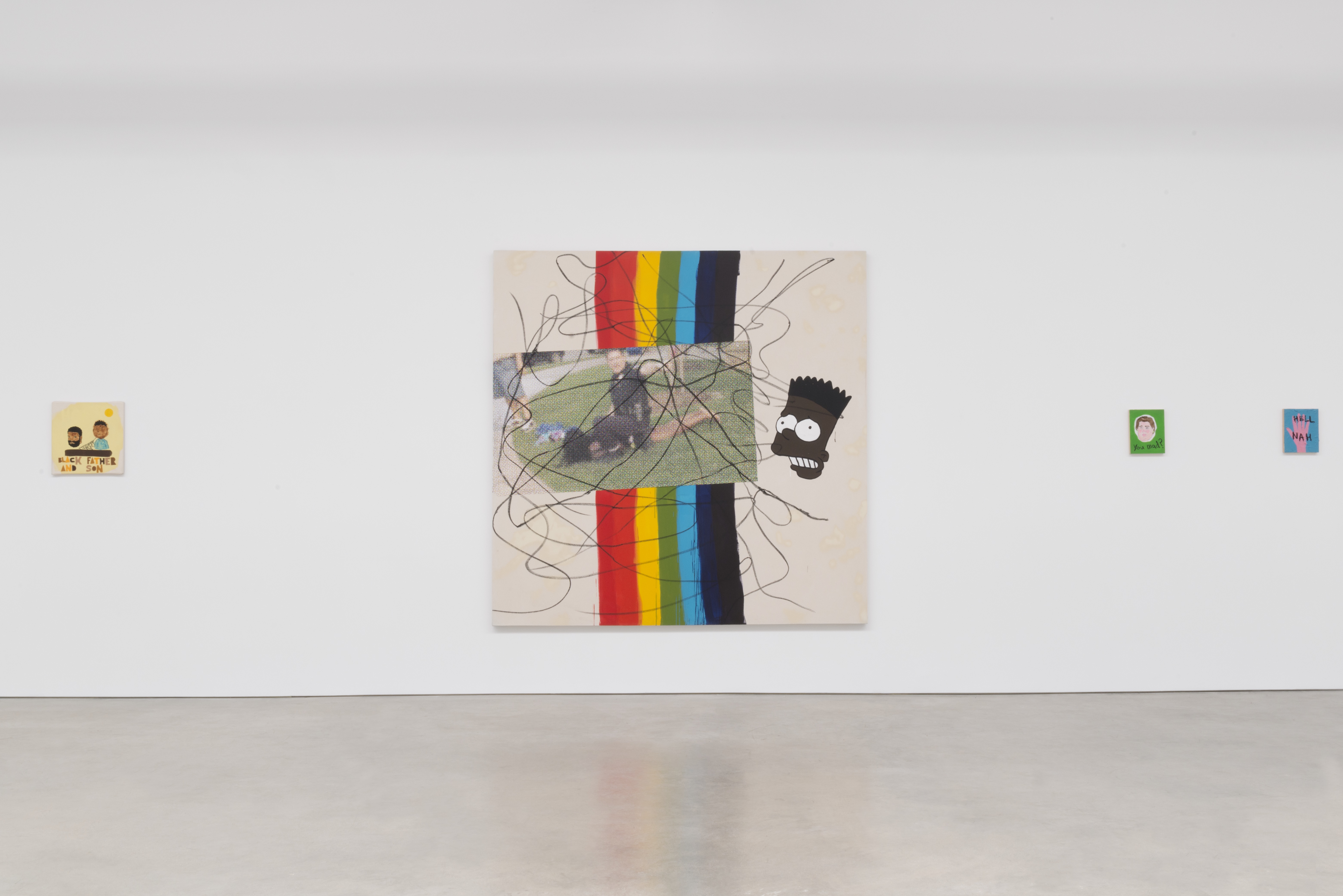 For David Leggett, size doesn’t matter. He told an interviewer last year that he doesn’t see “a hierarchy when it comes to size in work.” But his pieces, both small- and large-scale, on view in the massive main room at Shane Campbell Gallery impress in a way that an Instagram square never could, no matter how large the screen.

For his first solo exhibition at the gallery, Leggett has put forth new pieces that are in conversation with each other as much as they are with the viewer. His early interest in becoming an editorial illustrator is apparent everywhere: in the subjects he chooses, the titles of his work, and the phrases he incorporates. In “We have to talk about liberating minds as well as liberating society.” a drawing named for an Angela Davis quote, an earnest white woman is seen above the words, “I’m going to check my white privilege so fucking hard.” “Reporting live from the trenches.” shows a bird with breasts and a penis for a head spread its wings. Underneath it reads: “2017 the year you decided to become a political artist.” Leggett makes the viewer question the sudden popularity of becoming overtly political without passing obvious judgment.

Some characters show up in multiple pieces. A felted Grimace, the oversized purple creature from McDonald’s advertisements, shares a canvas with Humpty Dumpty in “Hold my beer.” In a drawing, he stands in front of a nude man. The McDonald’s “M” floats beside him, but it reads “Reparations” instead of the fast food chain’s name. 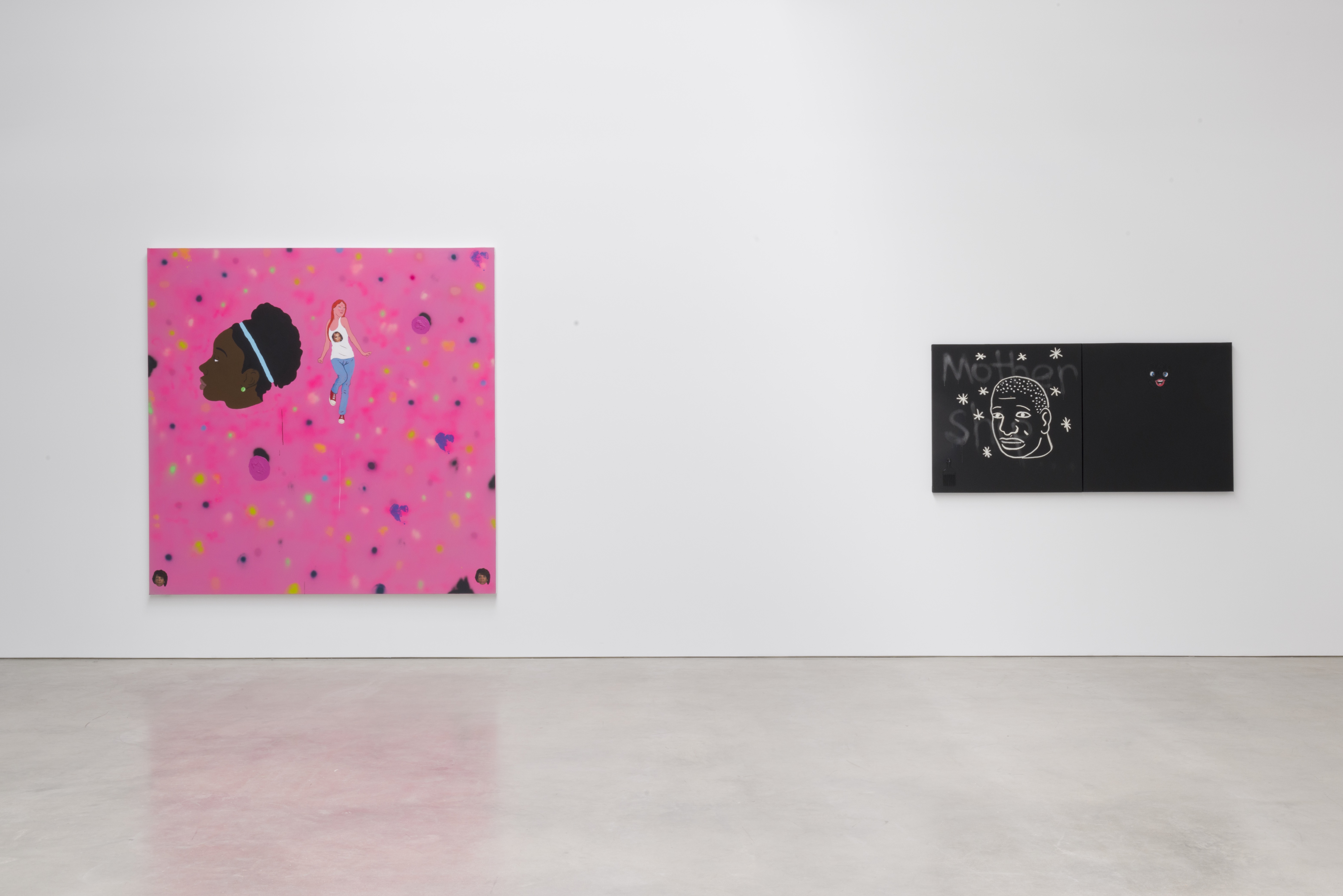 The exhibition is a mix of drawings and paintings, which have some sculptural elements thrown in, all in Leggett’s customary colorful palette. In the beautiful, mostly black “Knockin moon boots,” a black man’s face sits on the left side of the canvas, layered on top of the faint words “Mother ship.” The right side features an almost-imperceptible head in blackface. An oil stick and a black hair pick, the handle of which ends in a fist, are affixed to the canvas.

“I hope my work provides a strong stance on how black people are represented and treated,” Leggett said in a recent interview with Vice. In some of his less satirical works, black life is represented plainly. “Their funeral, our dance floor,” which lends its name to the title of the exhibit, shows the heads of a black man and woman facing one another on a pale yellow background. Patches of grass sit below them, a glittery orange sun hangs in the sky. Kerry James Marshall aims to fill the “vacuum in the image bank” by putting the black figure in the Western canon. Leggett builds on this accomplishment through humor, politics and love. (Kerry Cardoza)

David Leggett’s “Their funeral, our dance floor” shows through May 6 at Shane Campbell Gallery, 2021 South Wabash.