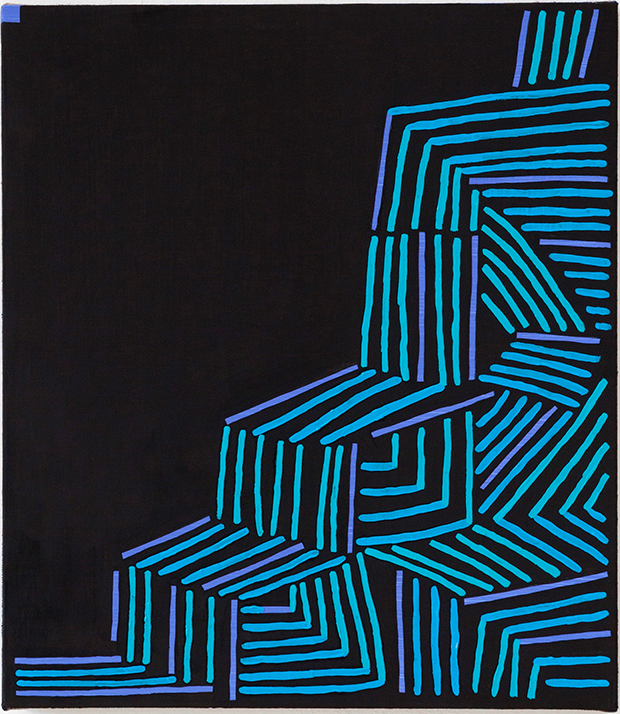 The star of these pleasurable smallish paintings is their color, and the way Karolak uses it to play with space—subtle tonal shifts on abutting planes to imply shadows and depth. Careful, angular tweaks do the same. The dark, flat layer on a couple of the panels deliberately reveals peeks of a bright wash beneath. They pop forward as the black sinks back. Fat lines of rich color float on top, noodling over and under one another in dizzying paths. The paintings don’t appear physically labored, they are mentally labored instead—simple but thoughtful; meditative, even. Thus, the title of his show, “Slow Talkers.” 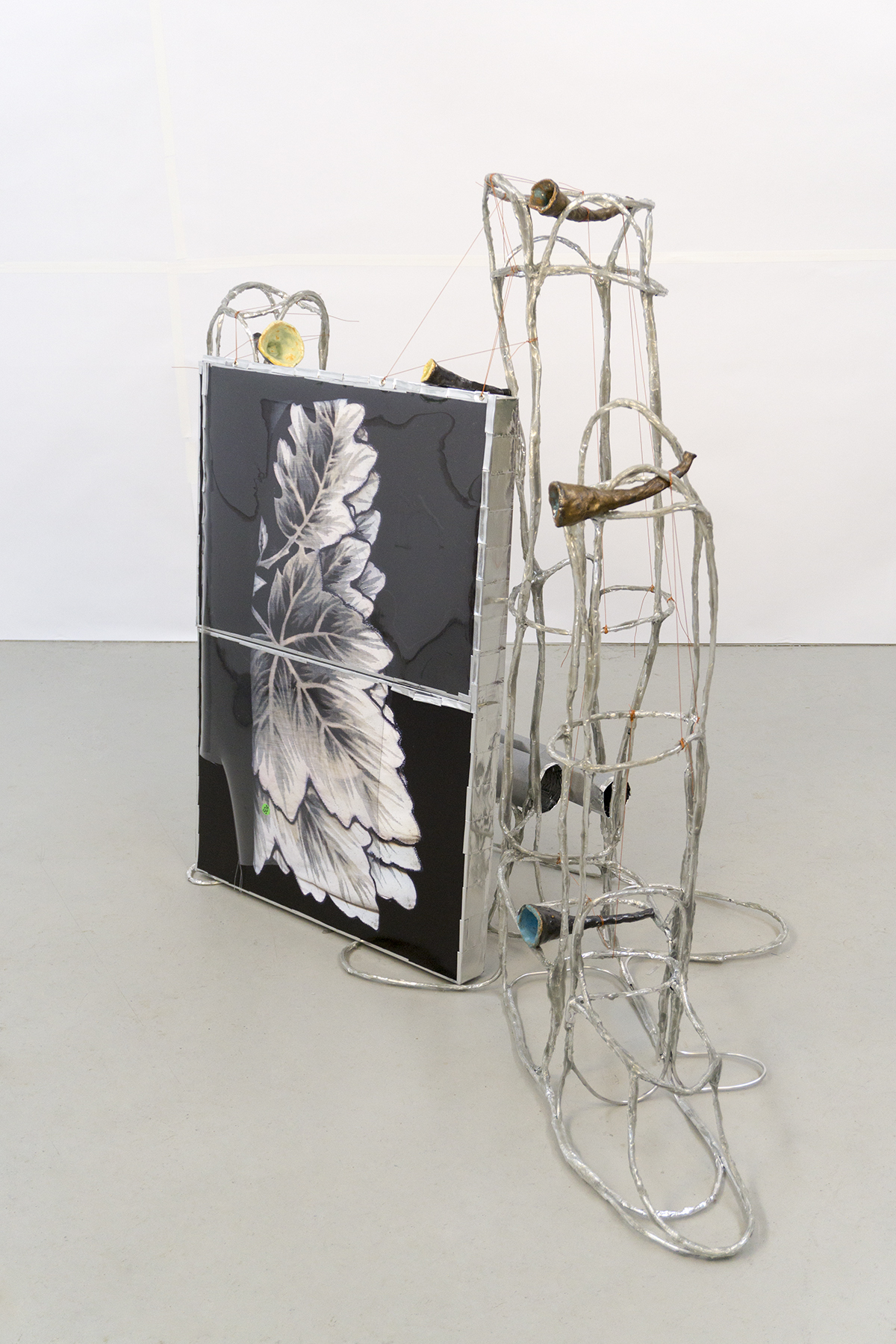 Meanwhile, around the corner in the “off-space,” Melissa Pokorny’s surreal, meandering sculptures and wall works riff on similar shapes. On some of the works, lumpy, grid-like structures (this time three-dimensional) act as scaffolding for an eclectic mix of materials—vinyls, leather, ceramic and reflective fabric, among others.

Pokorny often incorporates high-contrast photographic images printed on aluminum mostly and works them into the structures of the objects. These images are derived from forest scenes, with their colors and textures echoed elsewhere in the work’s bricolage. Despite the overtly manmade materials she sources, the works read as adamantly imperfect and hand-forged. However, the curious pairings and arrangements within each give them an air of being conjured more than constructed. Where Karolak’s work could be describing the neural paths and connections in his head, Pokorny’s evoke the “stuff”—warped memories and wisps of information—dug up from the nooks of her mind. (Kelly Reaves)

Jason Karolak’s “Slow Talkers” and Melissa Pokorny’s “Call If You Need Me” show through May 6 at Devening Projects + Editions, 3039 West Carroll.