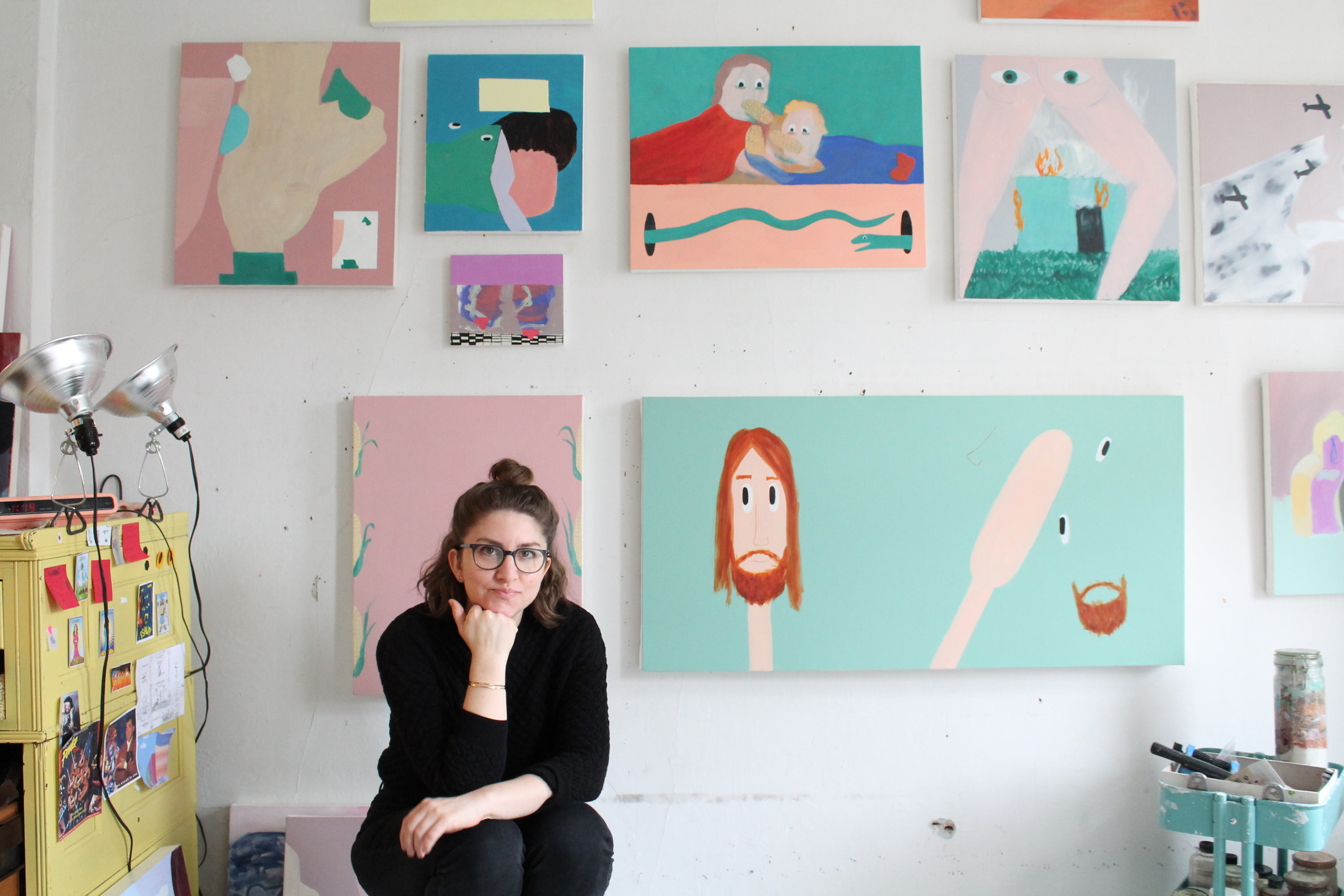 After Jenn Smith’s flyer “God Made Corn” blew off of Western Pole, a traffic light near Western and Augusta hosting eight-and-a-half-by-eleven-inch artworks curated by Jesse Malmed (formerly of Trunk Show), she posted on Facebook: “Friends, don’t visit Western Pole this week to see my work—the strong Chicago wind has blown it away.” Fittingly, Smith’s work explores the ambiguities of religious belief and representation, so what better way to allude to the intangible than to unexpectedly lose work to the greater powers of the weather?

Smith conveys a similarly suggestive cheekiness in her paintings. Drawing from her upbringing as an Evangelical Christian in the rural Midwest, she portrays the mysteries of spirituality, its everyday influence, and how such ideas might make us feel. Smith mingles soft, plushy, abstract shapes; pastel pinks, purples and turquoises; and figurative Christian iconography playfully yet thoughtfully on her canvases. Although she does not paint in a realist style, the figurative and inquisitive frankness of her works provoke a chuckle. For instance, in “Untitled (cars),” a man likely meant to be Jesus but who also resembles a hipster, sits in a grey car facing the side with one hand on the wheel and the other resting lazily out the window. A second version of the same scene occupies the bottom half of the canvas in reverse. In both, the man looks toward the viewer ambiguously, confusing who is navigating: him or us. 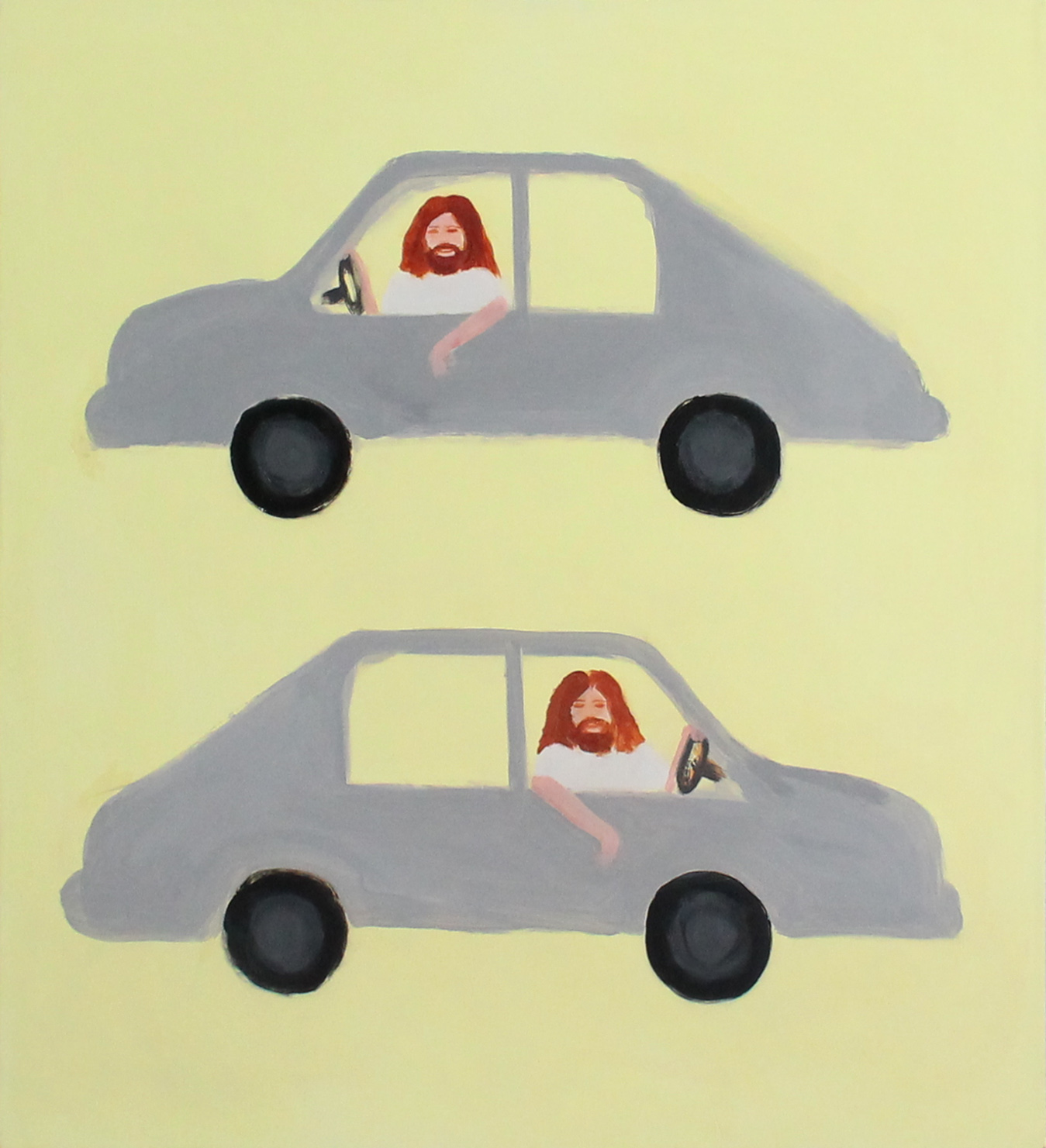 Paintings such as “Demon ‘87” or “Sandy Land” are like religious Rorschach inkblots left for the viewer to unpack. “I want to leave a lot of room for the viewer to have a relationship with it,” Smith says. In these, she creates subtle, sometimes hesitant narratives that reveal themselves to an attentive and patient viewer almost like a game. “I’m really interested in the play, back and forth, between when a figure sort of merges into something that’s unidentifiable, or gets covered up or gets hidden or partially hidden,” Smith says. “I do think about games when I make paintings, games in the sense that there’s a flat board, maybe with a background, and then there’s pieces on the game. Usually the background is acrylic, so it’s dry, it’s hard and then the pieces are oil because oil is slidey, and you can wipe it off or put it back on.” She also notes how her visits to the Medieval galleries at the Art Institute of Chicago have shifted her sense of space. “Medieval art made a big impact on me in terms of the way space is depicted. I love that feeling of a painter trying to make something look a certain way and it failing; I adore that.”

Smith’s distinct candy-colored, matte palette alludes to innocence and childhood. “In the dollar store at that time in the rural Midwest, everything was a corn blue and everything was paired with a mauve, and they blew my mind.” The light colors entice viewers as they contrast the complex narratives she invokes. 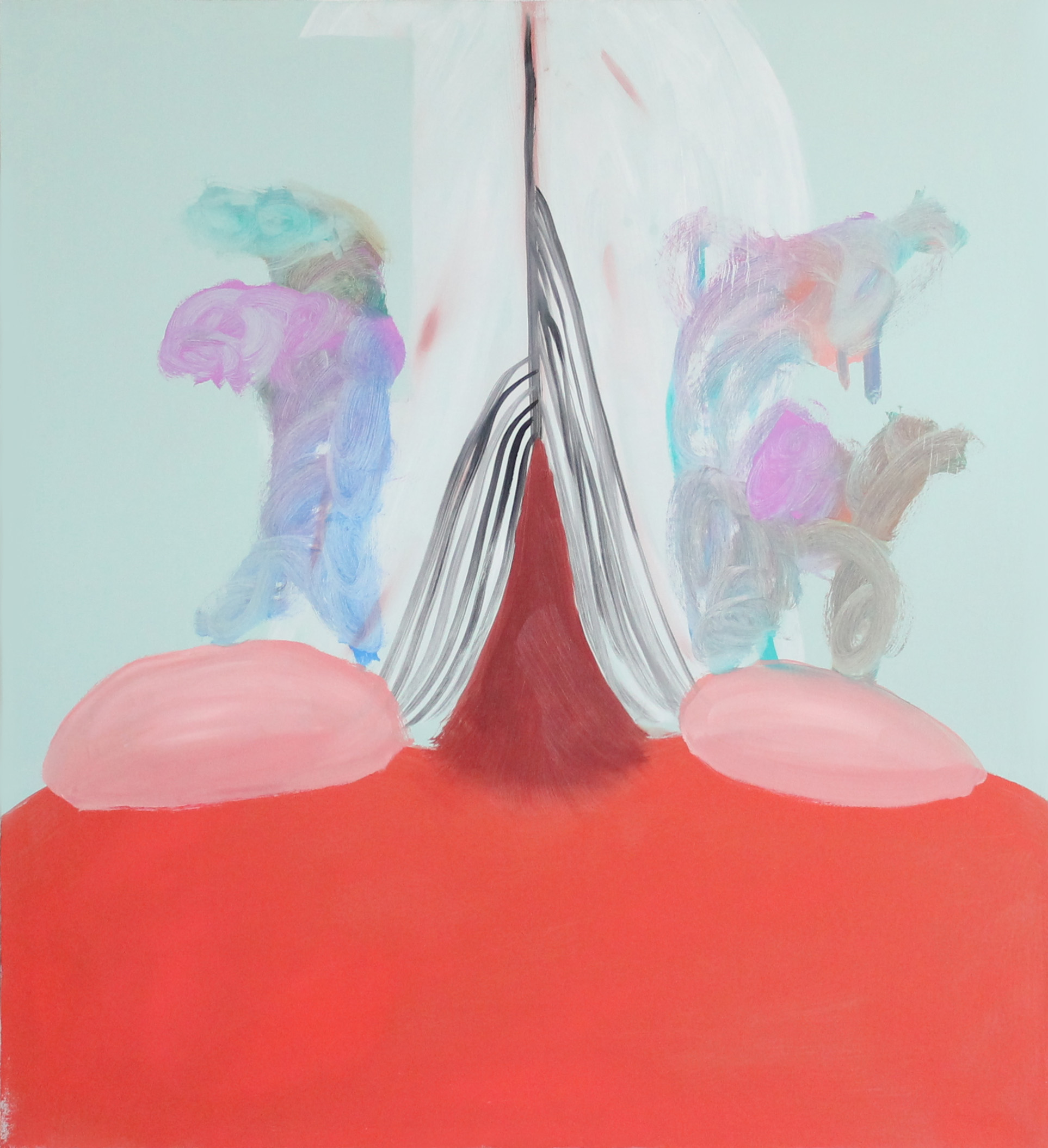 Since graduating from School of the Art Institute of Chicago last spring with an MFA in painting, Smith has exhibited in multiple Chicago spaces including Slow, SAMUEL, cornerstone and SAIC’s EXPO Chicago booth. Perhaps the venue that best highlighted her work was The Back Room at Kim’s Corner Food. Each canvas was hung in its own storage bay, serendipitously giving the effect of a series of confessional booths or sacred altars. “It was very exciting with those stalls, the light and altar-like feel—as soon as we hung the work, we knew it was the right thing to do,” Smith tells. Her work was recently on view in a group show, “Visible and Permanent,” at Carrie Secrist Gallery, and she is preparing for an upcoming show at Julius Caesar. She also shares fascinating details from her research on Christian imagery on Instagram—a very different kind of biblical scroll. (Frances Dorenbaum)