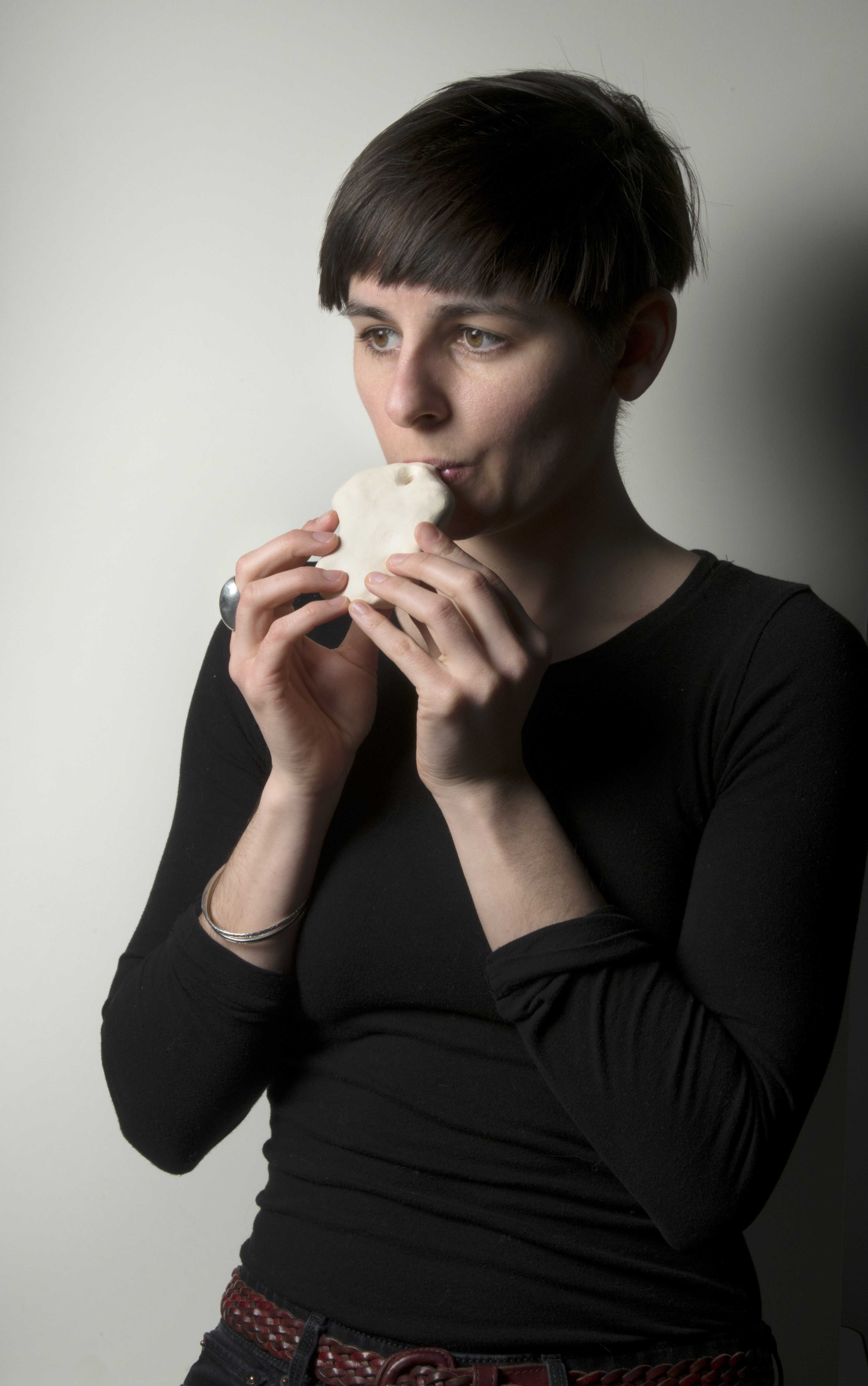 Recently Liz McCarthy has been making sculpted pot handles. Video documentation of McCarthy’s process becomes a blue affair when the viewer recognizes how these objects are coming into being. “I’m basically jacking off the clay,” McCarthy says, “even though it’s very much the traditional way handles are formed.” In case the more oblivious viewer might miss this, she displays the video flat on a table at roughly pelvic height. It’s uncomfortable, erotically charged, and almost comically explicit. “I want people to be grossed out, turned on, and to make them laugh. That triage is a sacred space.”

Perhaps it’s because she’s been reading Georges Bataille lately, or was raised by “hippie parents” as she calls them, but one can see in her work and her ideas a sincere appreciation for the unintended consequences of things. In a conversation about the nature of her practice, McCarthy shares with me the last two lines from the final stanza of T.S. Eliot’s poem “The Hollow Men”:

This is the way the world ends
Not with a bang but a whimper.

What is the virtue to the un-fantastic ending? McCarthy answers, “Endings are not fantastic because there is always the potential for rebirth.” She is full of statements like these, which locate hope within existential dread. The beauty in the abject human body and the sacred potentials of waste express themselves in her sculptures, where precarity trumps stability, a conceptual strategy that considers the material life of clay parallel to human life. The clay sculptures bear the residue of human activity but are left to crumble on their own accord, an object with “the agency to destroy itself.” At stake in this work, it would seem, is the possibility for freedom, a desire to not only refuse to dictate an object’s function but to make that refusal mirror our own hope to live by standards of our own design.

Working with collectives is what brought McCarthy to Chicago in 2009, when she joined the art space and collective Roxaboxen Exhibitions, formerly of Pilsen. There she began her ongoing project “The Whistle Hangouts,” in which people are invited to play and take home her clay-sculpted whistles. The hangouts are miniature orchestras of shrill sound bound together by her objects irresistible pull for the audience to engage with them orally and tactily. “The Whistle Hangouts” exemplify the spirit of her projects, intersecting interactivity, viewer experience and materiality. “Playful prodding,” McCarthy calls these moments between her work and its users. 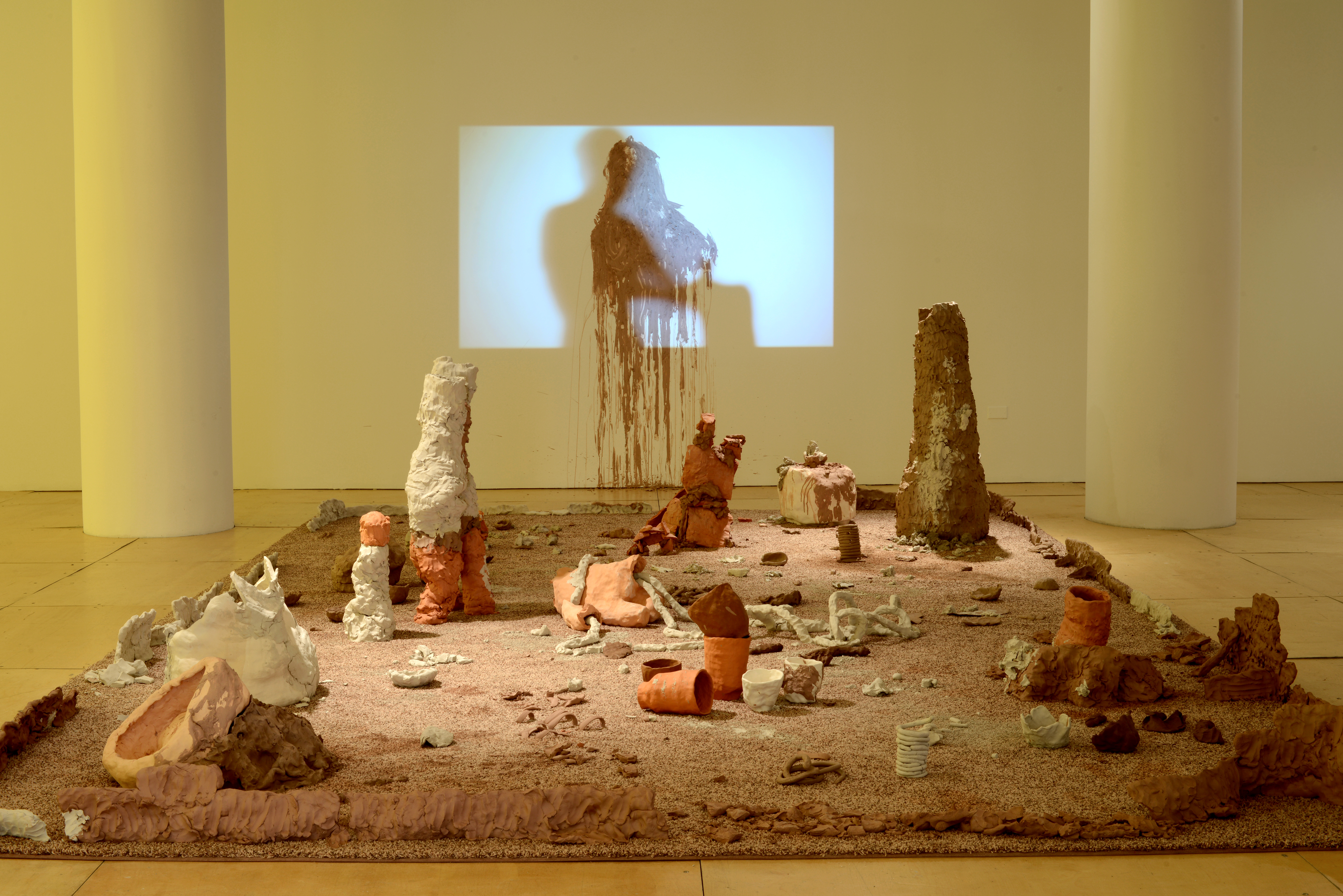 McCarthy wraps up her MFA at the University of Illinois, Chicago this May, when she will also debut a collaborative project titled “Ladies Night in Lascaux” with artist Hope Esser at Roots and Culture. “The exhibition combines our work to test the contemporary notions of ‘female’ thinking, the historical positions and reinterpretations and how objects are presented and performed in order to rethink those histories,” McCarthy explains. The growing feeling that lately more than ever the world is unreliable and constantly shifting seems to welcome, if not demand the malleability of presentation and performance that hallmarks her practice. If McCarthy’s work is the whimper, perhaps there’s a little light in the end after all. (Chris Reeves)