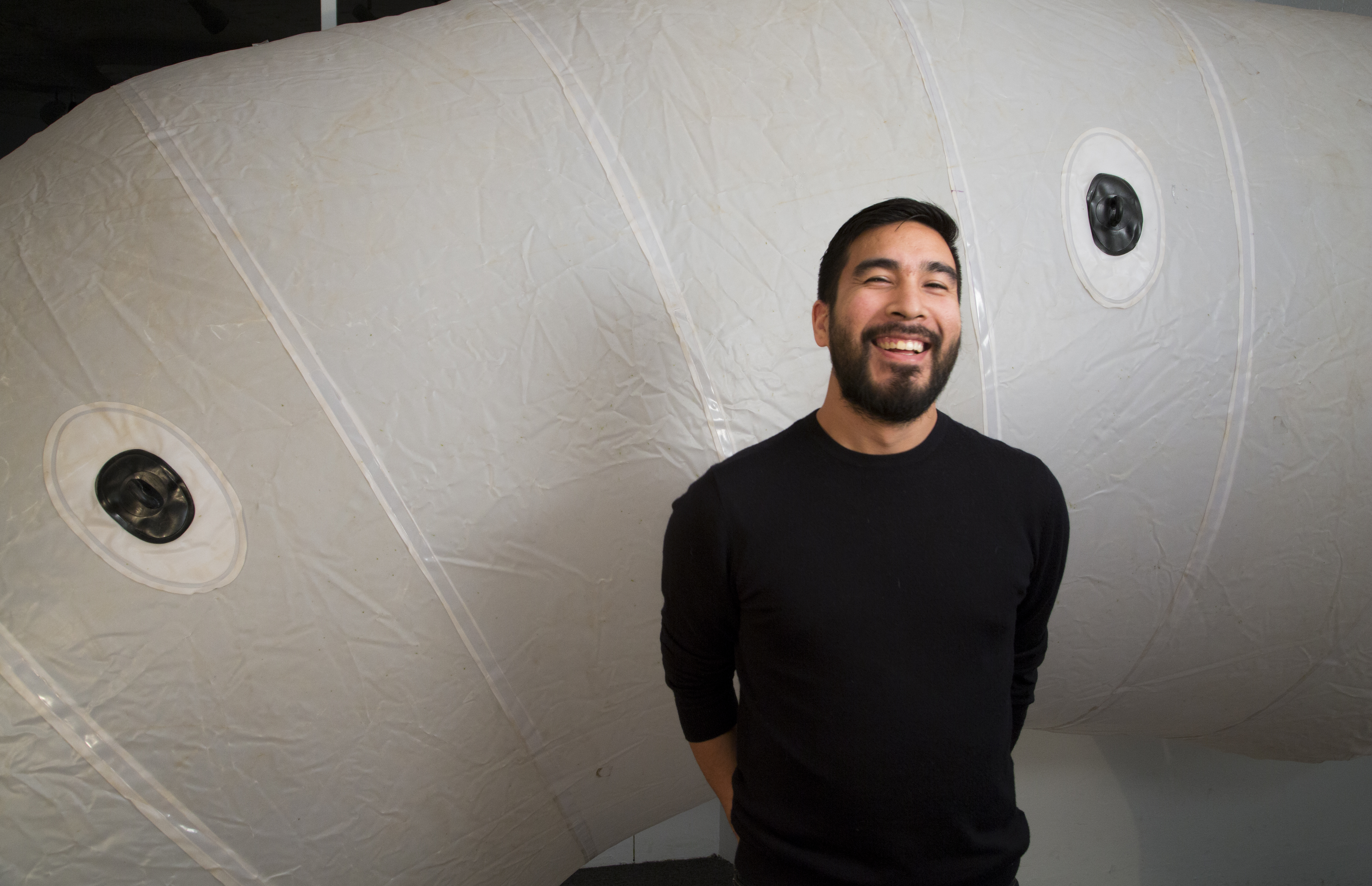 The act of breathing makes for a highly unusual “object” of artistic research, and this makes Alejandro T. Acierto’s practice all the more compelling as he investigates it as a predecessor to speech and sound. In one project, Acierto produces a museological presentation of the tobacco trade in the Philippines that expounds upon colonial modes of controlling inhalation; in another, he examines the function of a woodwind player’s exhalations in live performance. Broadly, his work imagines how subjectivities are constructed through means of control. These small gestures often lead to bigger truths. 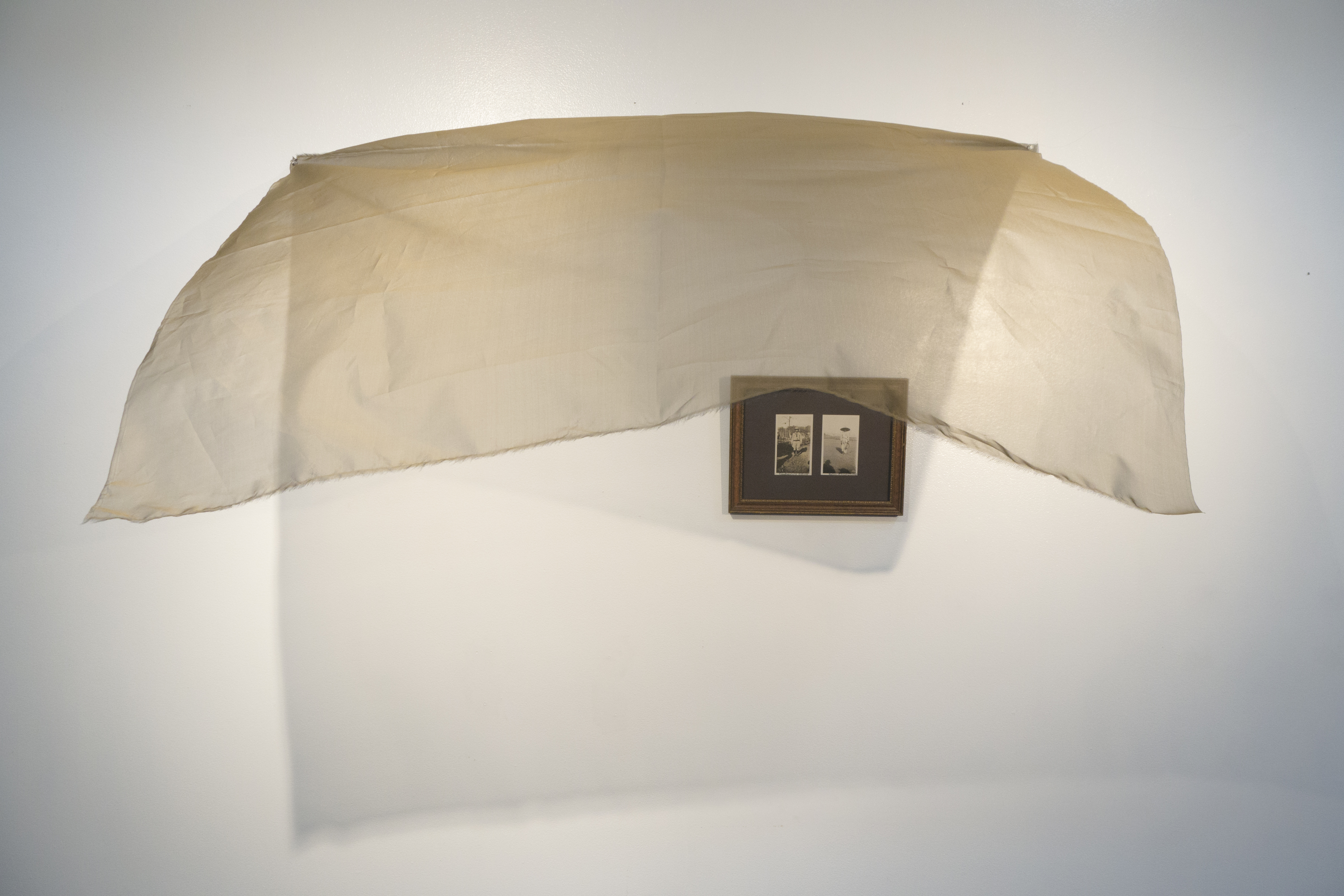 In a recent exhibition at the Hyde Park Art Center titled “Objects from the Dr. Alfredo Ignacio Raquedan collection, ca. 1898-1934,” Acierto mined the titular doctor’s collection of nineteenth- and early twentieth-century medical objects and tobacco paraphernalia and presented them in a small locked glass cabinet. Tellingly, Doctor Raquedan’s surgical equipment rests next to a small photograph of a young Filipino boy with a cigar stuffed in his mouth. A similar display of archival objects filled Acierto’s solo exhibition “the means by which we make an opening” at The Sub-Mission gallery last winter. A photograph with the title “Breath Control, St. Louis World’s Fair” features what looks to be an American soldier lighting a cigar in a Filipino child’s mouth. Objects such as these, recontextualized to re-present historical narratives evoke Fred Wilson’s practice of “mining the museum.” “You have to acknowledge history to make the future,” Acierto says, “you have to refashion concepts of mediation.”

Acierto’s forays into documenting material history of the past are what he calls “renewals in flux.” These are cycles of presentation that, like breathing itself, expand and contract. His durational performances exhibit the immaterial side of this, often centered around the limits of breathing. As part of his residency at Corner Gallery in Avondale last fall, he gathered a group of individuals to congregate in front of the space and scream, a welcome therapy in light of the political climate in the United States. A new work as part of his recent exhibition “Breathing Room” at Roman Susan focuses on circular breathing, a technique used by players of wind instruments to produce tone without interruption. This skill takes great concentration to master and produces inevitable exhaustion when performed. For Acierto, exhaustion validates existence, reminding the senses that we are indeed present. 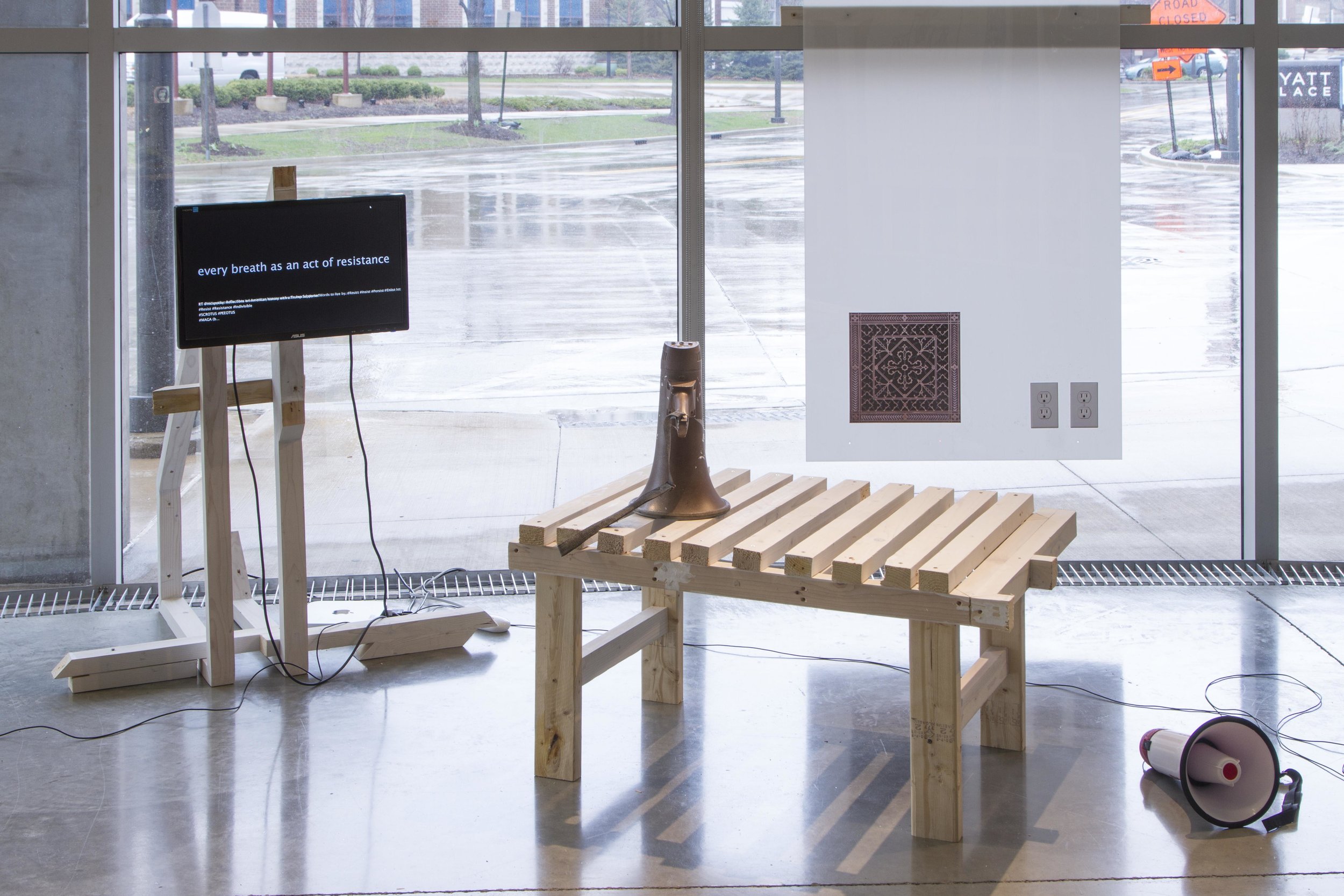 Installation view of “Return, refresh, sustain” at the University Galleries of Illinois State University, from the exhibition “Subdivision,” Winter 2017

The notion of presence—who and what is seen or heard—underlies all of Acierto’s myriad works. “My work is political in that it’s bound in sound,” Acierto says. “Sound is often shown through objects or the frame of performance art. The objects are props, the installations are ephemeral.” Acierto’s work moves sound out of the realm of the passive and into an active political strategy. If silence is often the sound of the marginalized, Acierto’s work aims to reconfigure how silence itself can newly be heard. (Chris Reeves)