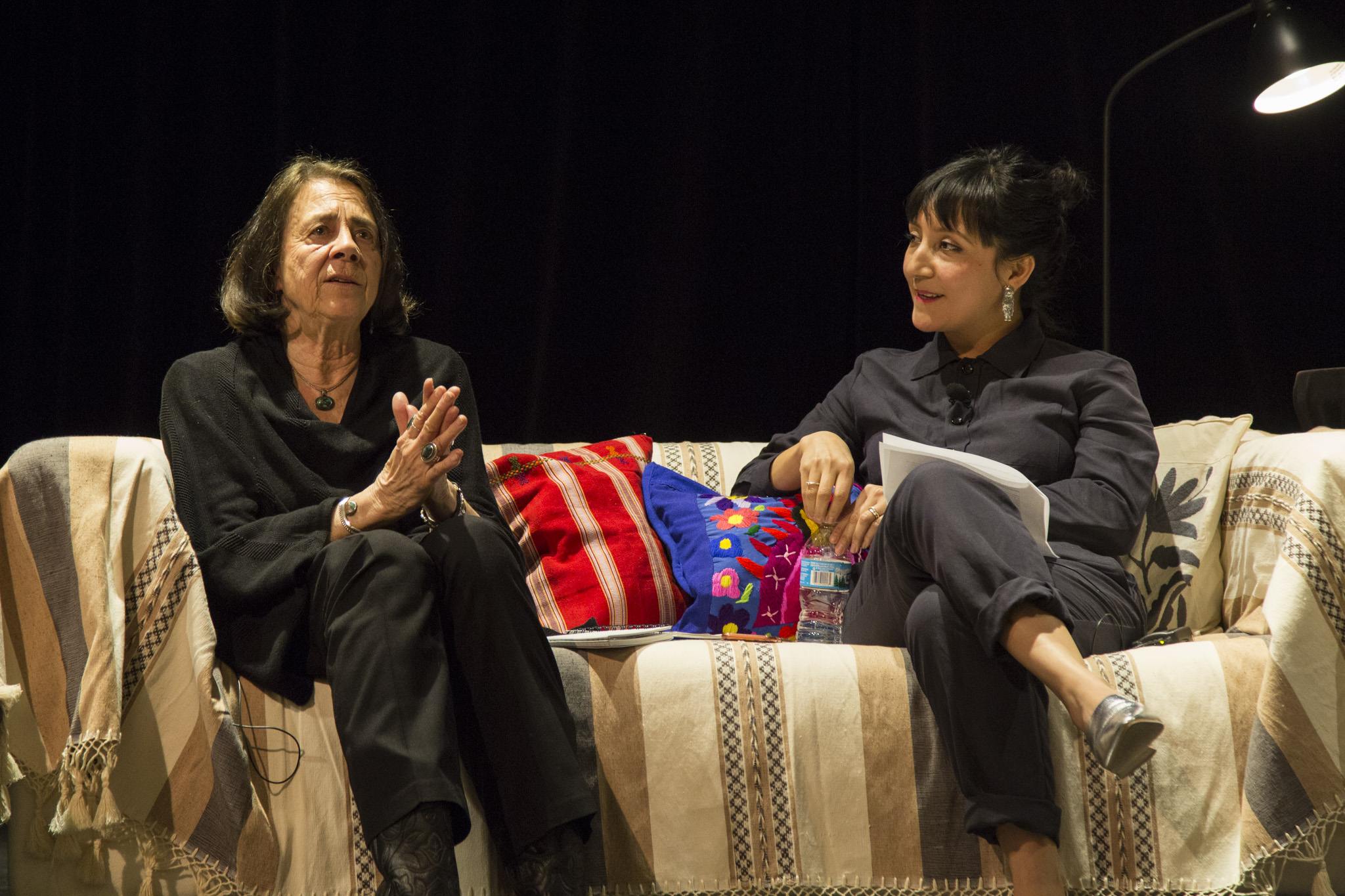 “As a cultural worker who belongs to an oppressed people my job is to make revolution irresistible.” Lisa Yun Lee and Romi Crawford, the curators of this year’s Open Engagement conference in Chicago, channeled these words by the black feminist writer Toni Cade Bambara in their curatorial statement. The sentiment perfectly encapsulates the aim of this event, which convened artists and cultural workers to create a dialogue around socially engaged art.

Now in its ninth iteration, Open Engagement takes place in a new location each year. This year’s theme was “Justice,” which Open Engagement founder and director Jen Delos Reyes says made complete sense for Chicago in this moment, and not just because of the city’s notorious place in the national news as a site of gun violence and police brutality. Chicago is also home to some of the most beautiful acts of resistance by activists and artists who are frequently one and the same.

“There are all of these approaches in Chicago to creating more equity, building more just communities,” Reyes says. “Creative pathways to justice are really exemplified here.” Half of the presenters were from Chicago and its vicinity, ranging from Alejandro T. Acierto and Oli Rodriguez in conversation about media archives to Felicia Holman sharing DIY resources for making space for art practices.

Open Engagement kicked off with a full day of pre-conference activities on Thursday hosted at the Museum of Contemporary Art and the Art Institute of Chicago. Programming examined whether art museum education is capable of creating radical social change. On Friday events were held at various locations throughout the city, with the aim of conference-goers experiencing “the context of the city” as part of the overall conference. The problem with ambitious events such as this is that it’s impossible to see everything. On Friday in particular, programming took place everywhere from the National Mexican Museum of Art in Pilsen to the Block Museum in Evanston to the Smart Museum in Hyde Park. Of course, facing too many good options is not the worst problem to have. 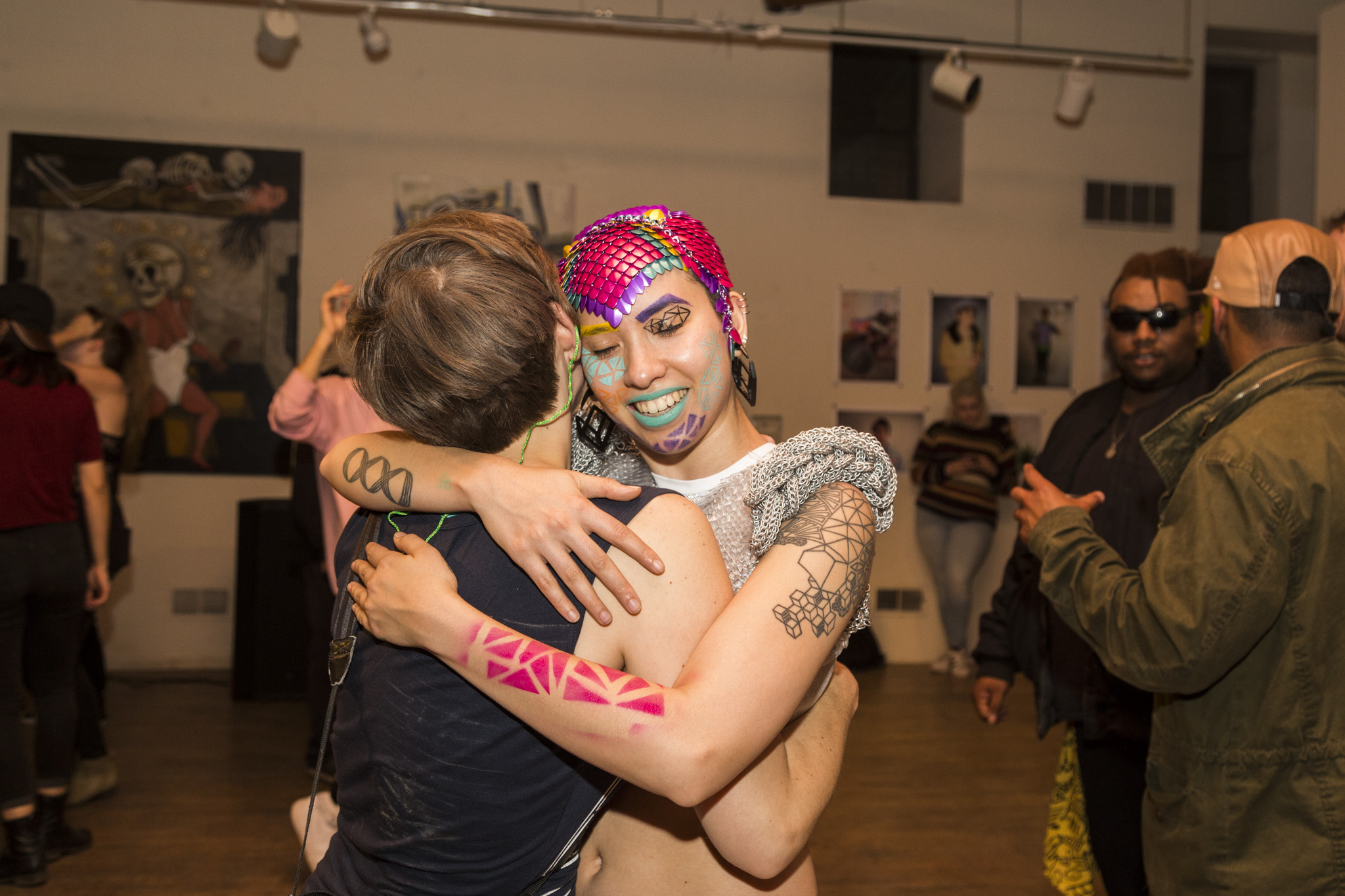 A highlight of the conference was the nightly, queer-inclusive dance parties. Open Engagement called the evenings “accessible blueprints of the utopias we strive for.” Party Noire hosted a KC Ortiz performance and music at the Stony Island Arts Bank on Friday following a conversation between the curators and Theaster Gates on the Tamir Rice Memorial Project. Gates’ Rebuild Foundation has on loan the gazebo where the twelve-year-old Cleveland boy was shot.

On Saturday and Sunday, most events were held at the University of Illinois campus, with some additional programming at satellite locations. Panels, workshops and presentations ranged from fifteen minutes to an hour and a half, taking place concurrently. A feeling of hope seemed to permeate the weekend’s events; I heard little mention of the President or negativity around the political forces working against everything for which the conference stands. Latham Zearfoss, a Chicago-based artist and one of the organizers, noted that throughout the conference several people checked in to see how the team was doing—an uncommon act of empathy between participants and organizers.

“It seems like everyone had a transformative, powerful experience,” Zearfoss says. “It does seem like there was a lot of that kind of fortification, that soulful psychic energizing force that happens when you realize you’re not alone and realize that other people have excellent ideas that you didn’t think of, and you didn’t have to think of because other people are doing it. That’s a really moving idea.”

Reyes stresses the value of bringing people from around the world to Chicago to see our city’s radical approaches to justice, like the Chicago Torture Justice Memorials that helped pave the way for reparations legislation for the city’s torture survivors. “It felt like a renewed commitment, a renewed energy to make sure we are doing that work,” Reyes says of the event. “Everyone is walking away feeling that we won’t lose this struggle.” (Kerry Cardoza)