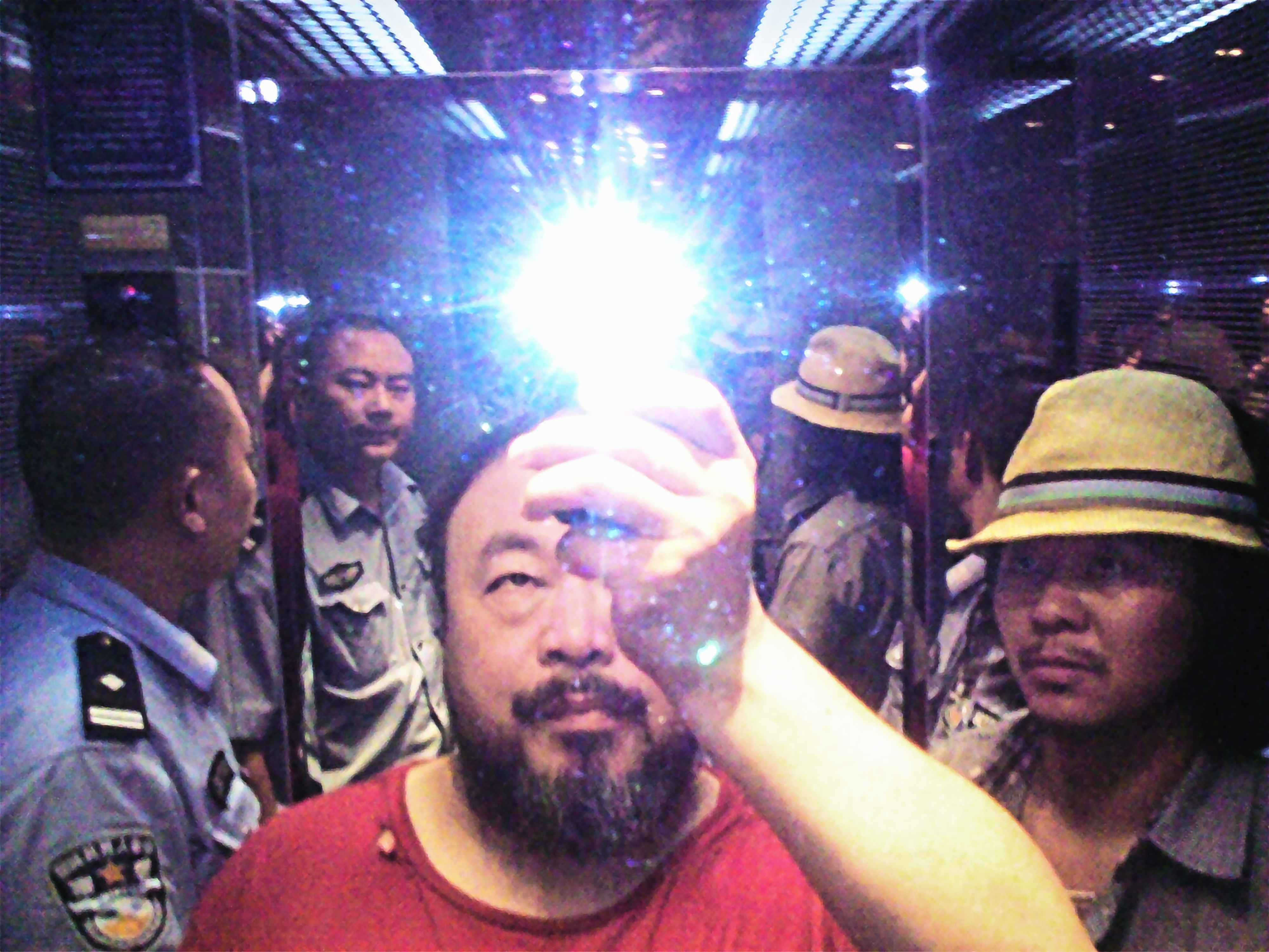 Ai Weiwei’s face confronts the viewer upon entering his show at the Museum of Contemporary Photography, his visage blown up to fantastical proportions on the wall opposite the gallery entrance. Weiwei took this mirror selfie, titled “Illumination,” after he was beaten by police upon returning to China to testify on behalf of Tan Zuoren, an activist arrested for his involvement in researching student fatalities of a 2008 earthquake that devastated the province of Sichuan. As the Chinese government refused to reveal the number of student casualities, Weiwei took a special interest in the catastrophe and was able to learn the names of 4,851 students who had died during the earthquake with the help of volunteers.

It is difficult to impugn the motives of someone investigating the deaths of children from shoddily constructed schools. And beyond the politics, some of the work based on Weiwei’s investigation is his most poignant, such as “Remembering,” an installation of 9,000 children’s backpacks arranged to spell the sentence “She lived happily for seven years in this world” in Chinese characters, a quote from a mother whose child died in the earthquake. Although this retrospective contains only Weiwei’s photography, there are similar moments in this show, such as a wall for which Weiwei curated photos shared on social media with the hashtag #leggun. The hashtag refers to an image of Weiwei holding his leg like a gun he posted on Instagram and Twitter shortly after the twenty-fifth anniversary of the Tiananmen Square Massacre.

“#leggun” succeeds because Weiwei gives up some of his presence in order to give voice to those we don’t ordinarily hear, decentering Weiwei’s own status as a political and cultural celebrity. Unfortunately, there are few such moments in “#AiWeiwei.” The wall next to“#leggun” is filled with Weiwei’s selfies and there is also a room devoted to Weiwei’s “studies of perspective,” in which the artist gives the middle finger to various landmarks. This room also contains twelve monitors cycling through images Weiwei has posted online. Another series of photos from New York and Beijing document Weiwei’s daily life. There is even the “Weiweicam,” in which the artist “assisted” the Chinese government in surveilling him by setting up cameras that broadcasted his every move online. 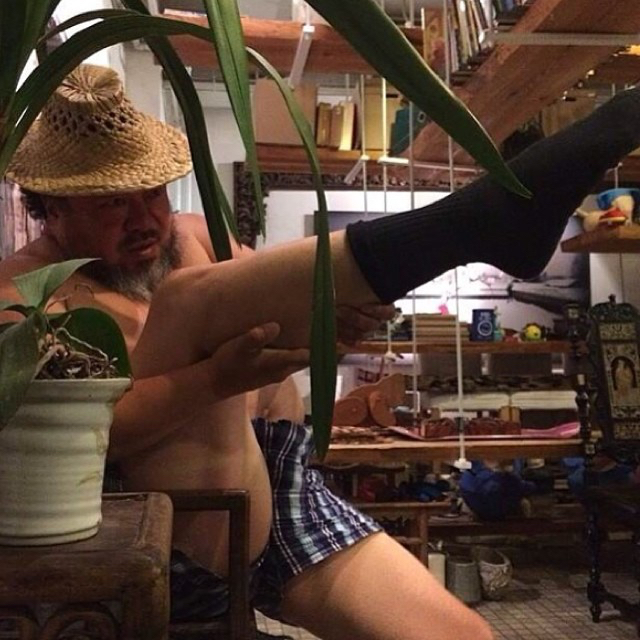 Although Weiwei does sometimes turn his camera away from himself, as he does in “Relating to the Refugees,” for which the artist visited refugee camps, we might cynically interpret this work as a trailer for Weiwei’s upcoming documentary “Human Flow.” Despite its engagements with social media, technological innovation and current events, “#AiWeiwei” feels as if it’s from an earlier cultural moment, wherein societal change entailed rallying around charismatic leaders. After Occupy Wall Street, many have sought to imagine a politics without celebrity. While we ought not to downplay the persecution Weiwei has suffered at the hands of the Chinese government, it’s also unclear how this exhibition might help us with such a task. Today, there is a very real sense that the world is more interconnected than ever before, thanks in large part to the advent of social media. Yet despite their potential, the new circuits forged in our internet society often serve to amplify discontent rather than activate it. Perhaps we cannot expect art to change our world, but we ought to at least expect it to help us think about this world more deeply. (Brandon Sward)

“#AiWeiwei” shows through July 2 at the Museum of Contemporary Photography, 600 South Michigan.