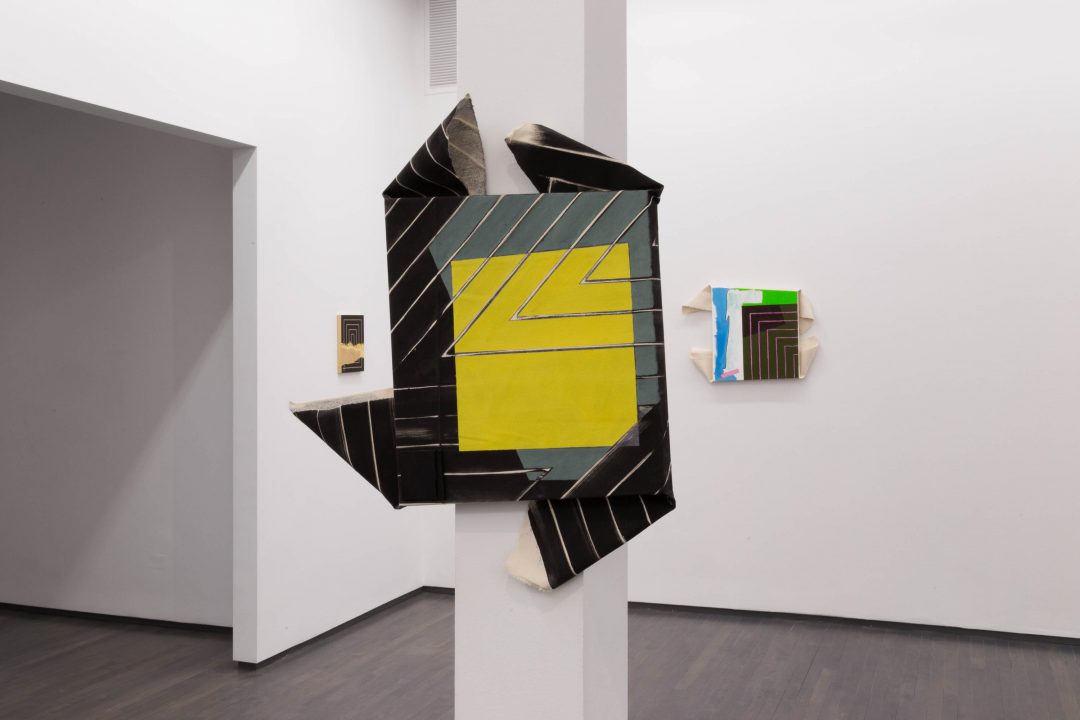 Patrick Chamberlain’s journey from theology to aesthetics through philosophy might account for the glaring inconsistency of this exhibit. His abstract painting is eye-catching, but his word art is an eyesore. Apparently, he finds little common ground between the verbal and the visual.

His word art presents original aphorisms like “THE RICH AMUSE HOW MANY CAN WE AFFORD” or “LET EVIL BE A HOT POTATO (LEST WE BURN).” The block letters feel as cold, brutal and awkward as a name stenciled on an army-issued duffel bag, and it is nearly obliterated, in an ugly way, by the heavy stripes superimposed upon them. The only text left clearly legible reads “MILK EGGS VANILLA”–as if only a recipe for eggnog, rendered in seasonally appropriate colors, is innocuous enough to be left unblocked.

His abstract paintings showcase lumbering, mysterious and sometimes violently dark shapes. Carefully balanced, they allow energy to flow across the wall as does a Japanese decorative screen. Also appropriate for aristocratic Asian décor, the pieces conflate nature and wealth with the use of gold leaf and natural wood grain. The attention to detail is remarkable. Some pieces feel awkward at a distance, but perfect when close enough to feel the texture of paint. Obviously, these pieces are meant to be contemplated. There seems to be some hidden, psychological truth waiting to be discovered, so it seems appropriate that the titles refer to Greco-Roman mythology: “The Assumption of Eurydice” or “The Flaying of Marsyas,” for example. As with many young painters, Chamberlain is not constrained by the conventions of easel painting. He often orients his stretchers at odd angles and extends the canvas beyond them, folding it into shapes not unlike origami. This renders his work as flat, painted sculptures rather than as picture windows. His abstract paintings are not personal statements or decorative backgrounds; they are mysterious objects whose beauty compels attention. 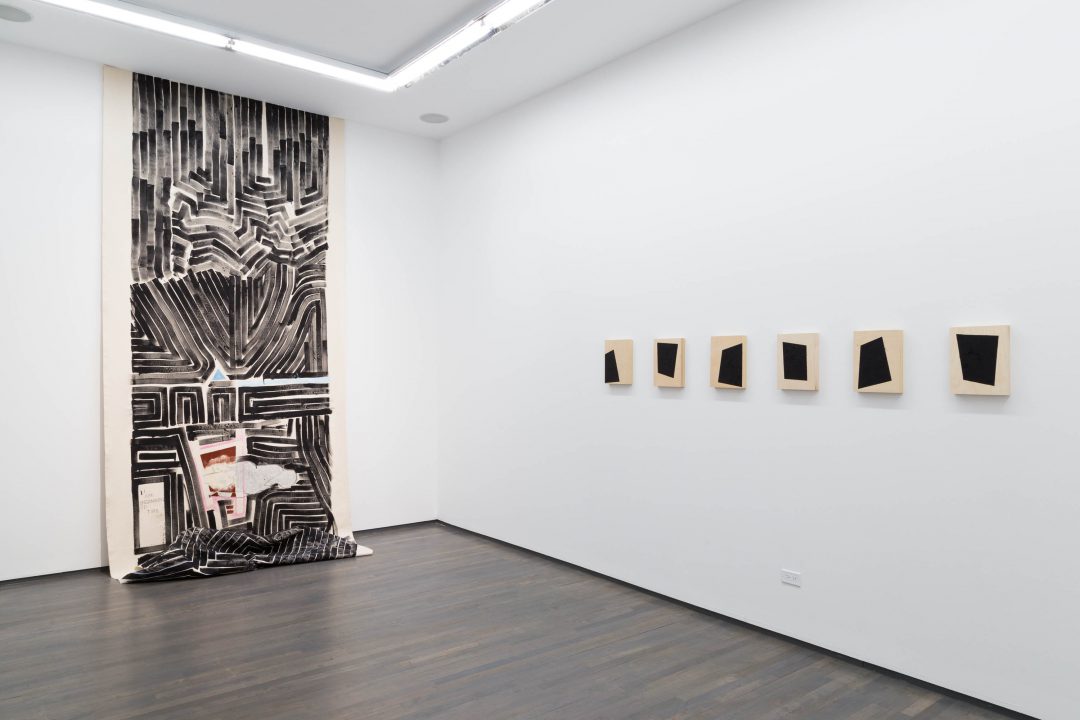 Chamberlain once worked as a psychologist. Apparently, he still is testing the effects of visual phenomena on the mind as a way of understanding the human experience and ultimately making people feel better. Or at least those people who share his northern European preference for refinement, understatement, restraint and dry humor.

He is a serious thinker and we can expect his work to continue to document his psycho-spiritual and scientific quest rather than follow the trends of the art market. The largest piece in the show is an unstretched roll of canvas that hangs from the ceiling and piles up in exhausted folds on the floor beneath. It features both a strong geo-form pattern as well as a quite legible text that reads “I AM BEGINNING TO TIRE OF LIFE.” Perhaps that life’s journey will soon proceed in an entirely different direction. (Chris Miller)