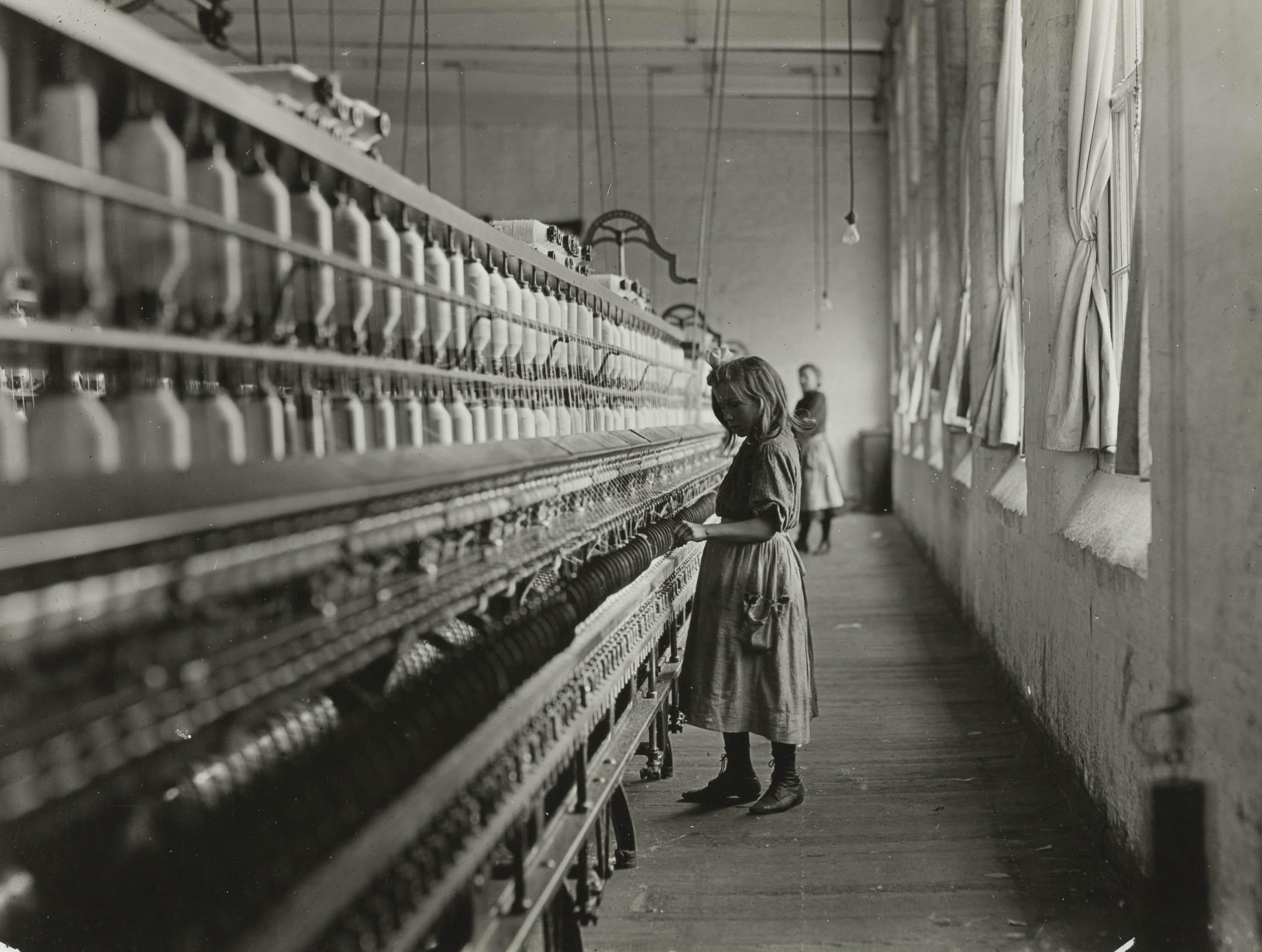 It’s possible that Hugh Edwards acquired a bad picture during his tenure as photography curator at the Art Institute, but none are visible in this exhibition dedicated to him. Instead, there is one arresting image after another. Here’s just three of two hundred.

Lewis Wickes Hine’s “Sadie Pfeifer, a Cotton Mill Spinner, Lancaster, South Carolina,” 1908. Hine was a sociologist with an eye. From about 1905 until his death in 1940, he took thousands of photos of immigrants, miners, construction workers and child laborers. The photo of Sadie was meant to break hearts and it still does. She stands almost alone, wears a torn and dirty dress, has tangled hair and a sore on her wrist. She inspects a row of spinning machines as light pours through windows behind her. She should be outside, playing in the sun. 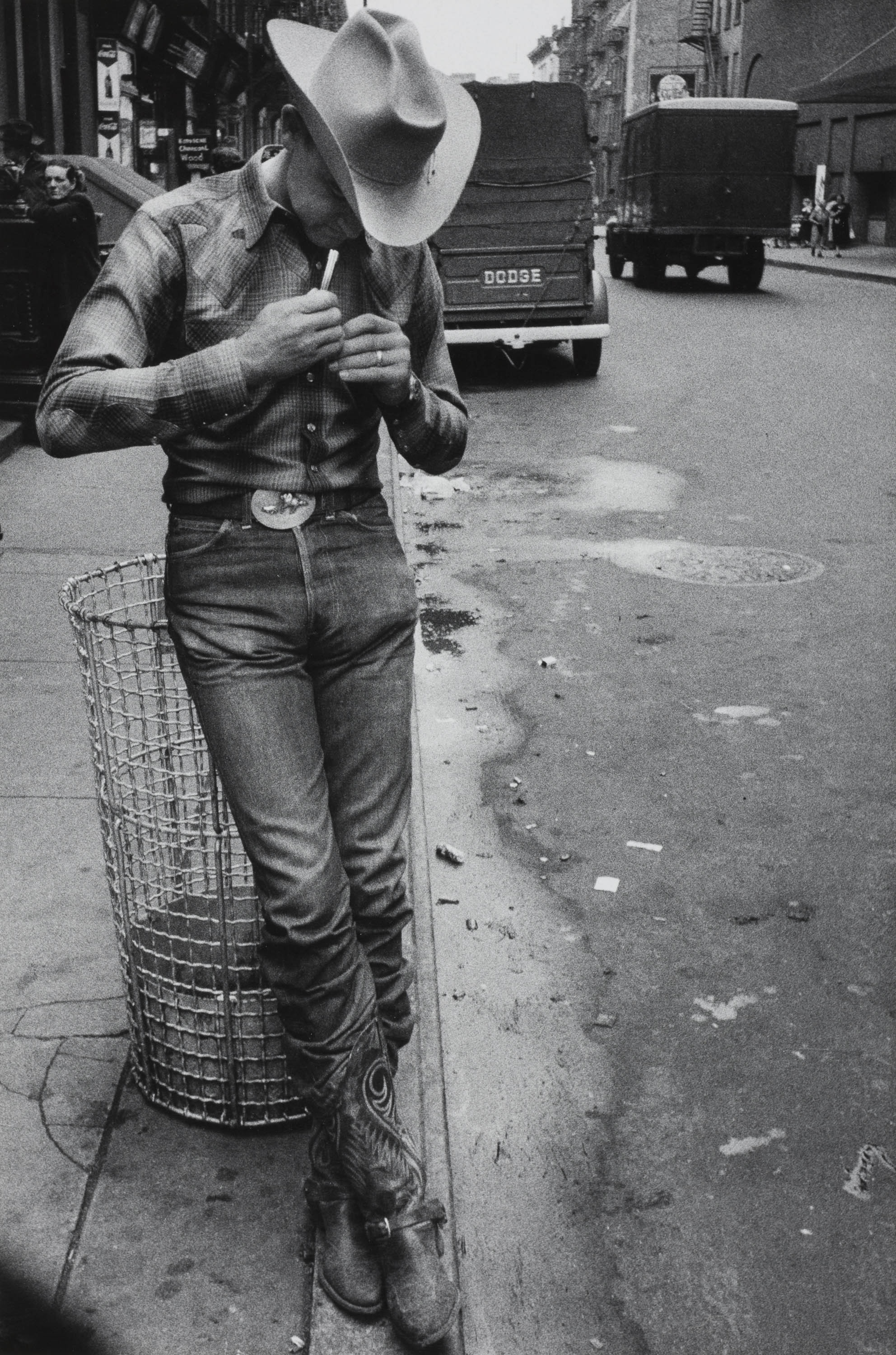 Robert Frank’s “Rodeo, New York City,” 1955-56. The picture was taken during Frank’s two-year, Guggenheim-funded odyssey across America. It shows the archetypal urban cowboy: lean body in tight jeans and plaid shirt, tooled boots and cowboy hat, shaded face and cigarette. He might be the Marlboro Man or Midnight Cowboy, but the garbage can he’s leaning on and the men in street clothes at left make him appear a little ridiculous. 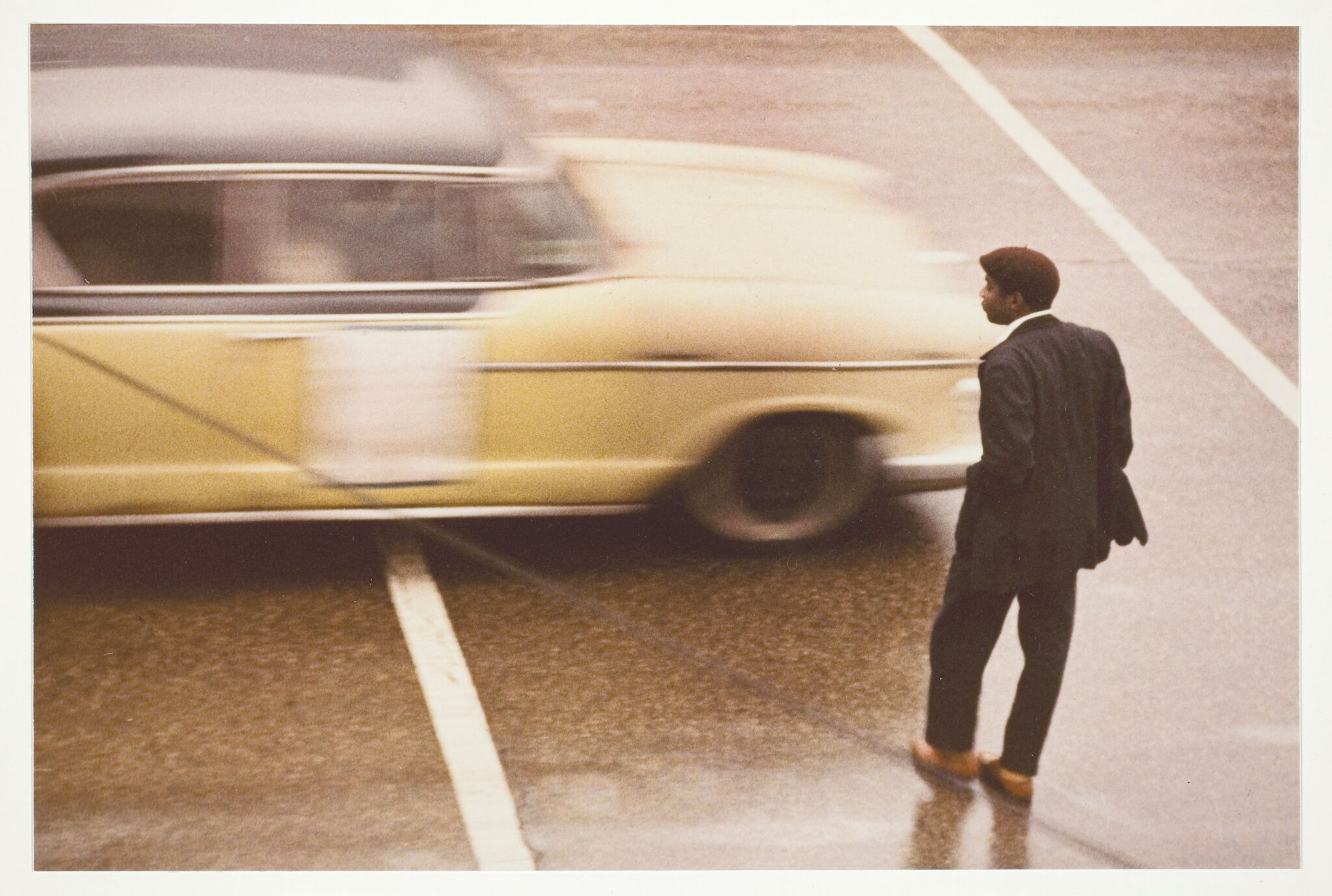 Robert Earl Wilson’s “Untitled,” 1956/62. I almost walked passed it, but like all great photographs, it has a hook that caught me. In this case, the contrast between the blur of the yellow taxi and the sharp contours of the man’s jacket and trousers. And then the rest comes into view: the wet pavement and white crosswalk markings; the wire that cuts from middle left to lower right upon which the man appears to be doing a tight-walk; and finally the impossible point of view—too high to be from the street and too low to be from a window.

Edwards was curator from 1959 to 1970 and bought about three-thousand pictures. He curated seventy-five exhibitions and wrote hundreds of elegant wall labels—a nearly lost art—some of which are reproduced here. Lots more can be said but go see the pictures. (Stephen F. Eisenman)