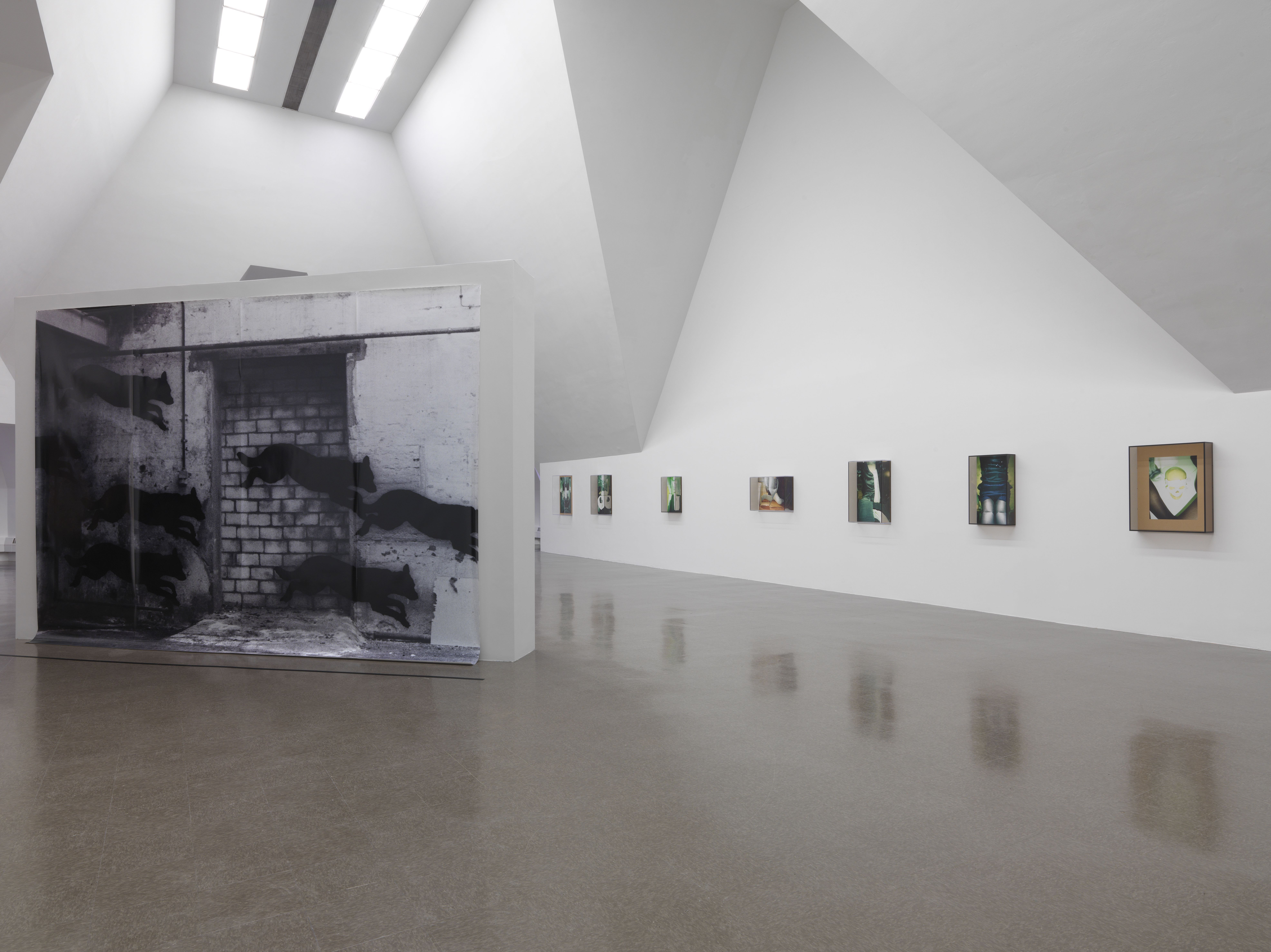 Installation view of “Klein / Olson” at the Renaissance Society at the University of Chicago, 2017. /Photo: Tom Van Eynde

In a scene dominated by group and solo shows, it is rare for an exhibition to present the work of just two artists. It is rarer still for an exhibition to juxtapose two artists from different milieux. Astrid Klein’s collages and photographs figured importantly in the German art world of the before B. Ingrid Olson was born. Here, a selection of Klein’s work (largely made during the eighties) accompanies fourteen of Olson’s pieces which, although new, do not seem to respond to Klein.

Suggestive points of similarity and difference do occur. Olson’s “Headbox” confronts the spectator with a protruding perspex frame, the box encasing an eerie photograph of an ambiguous, mask-like subject. (It resembles nothing so much as Edith Scob’s haunting face in the sixties horror classic “Les yeux sans visage.”) Across the gallery, Klein’s large collages invite the viewer to scrutinize sexualized female bodies and ironic captions. A woman turns to meet the camera’s gaze directly in “J’ai enfermé hermétiquement un homme dans la pièce,” forming an unsettling pendant to Olson’s image. 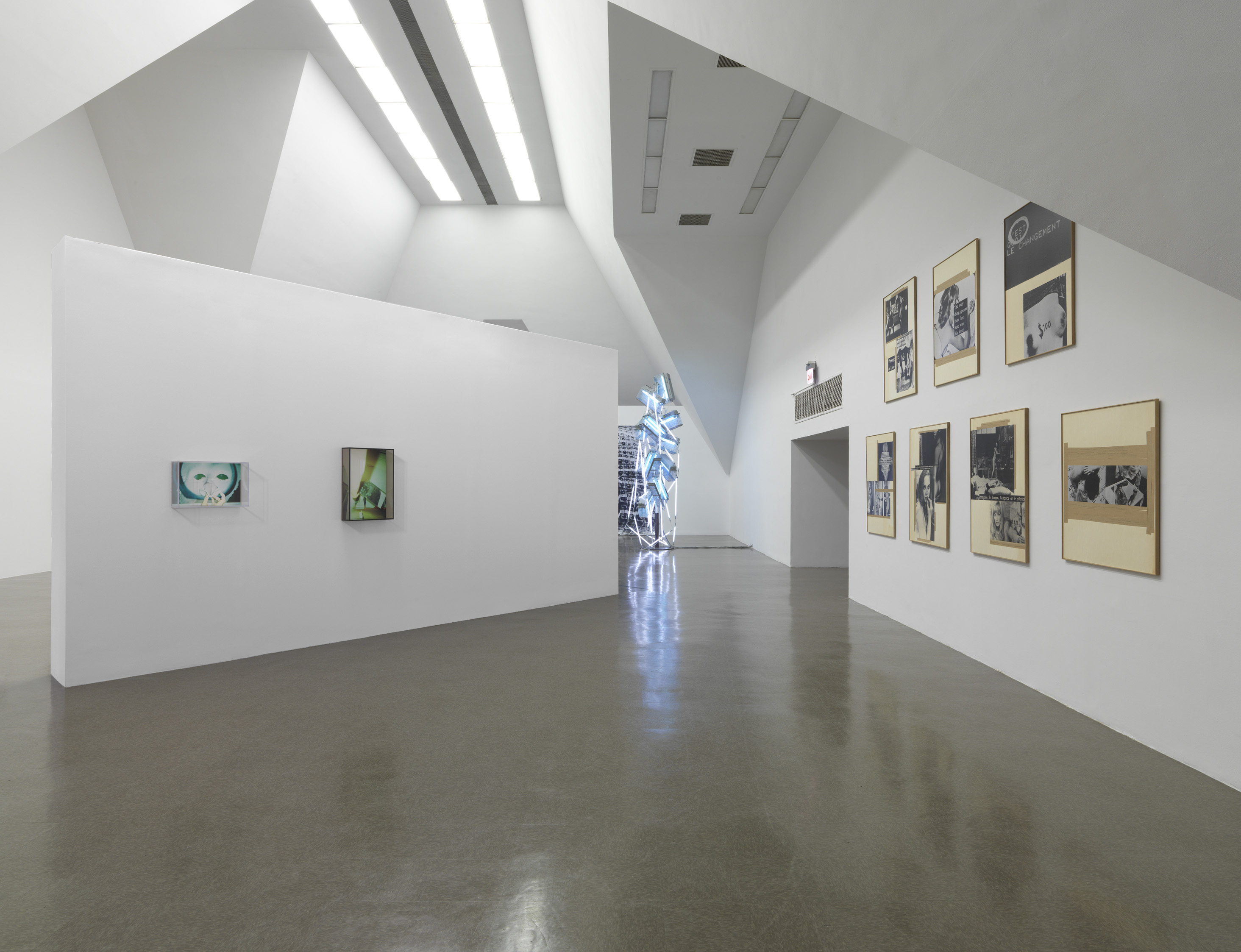 Installation view of “Klein / Olson” at the Renaissance Society at the University of Chicago, 2017. /Photo: Tom Van Eynde

These moments of intersection aside, it’s worth asking what, precisely, the show achieves by pairing these artists. Curator Solveig Øvstebø’s framing remarks suggest that she sees a shared project of spatial engagement across the artists’ oeuvres and, indeed, some of Olson’s strongest works are her small, wall-mounted sculptures that read like fragments from dystopian, modular architecture. By contrast, however, Klein’s monumental “Flycatcher III” is a bloated mess of parts and lights. She’s at her sharpest when intervening in the mediated space of mass culture, something that sets her apart from Olson. These points aside, the show offers an excellent chance to reflect on two strong bodies of work made by artists who occasionally take up similar concerns. (Luke A. Fidler)