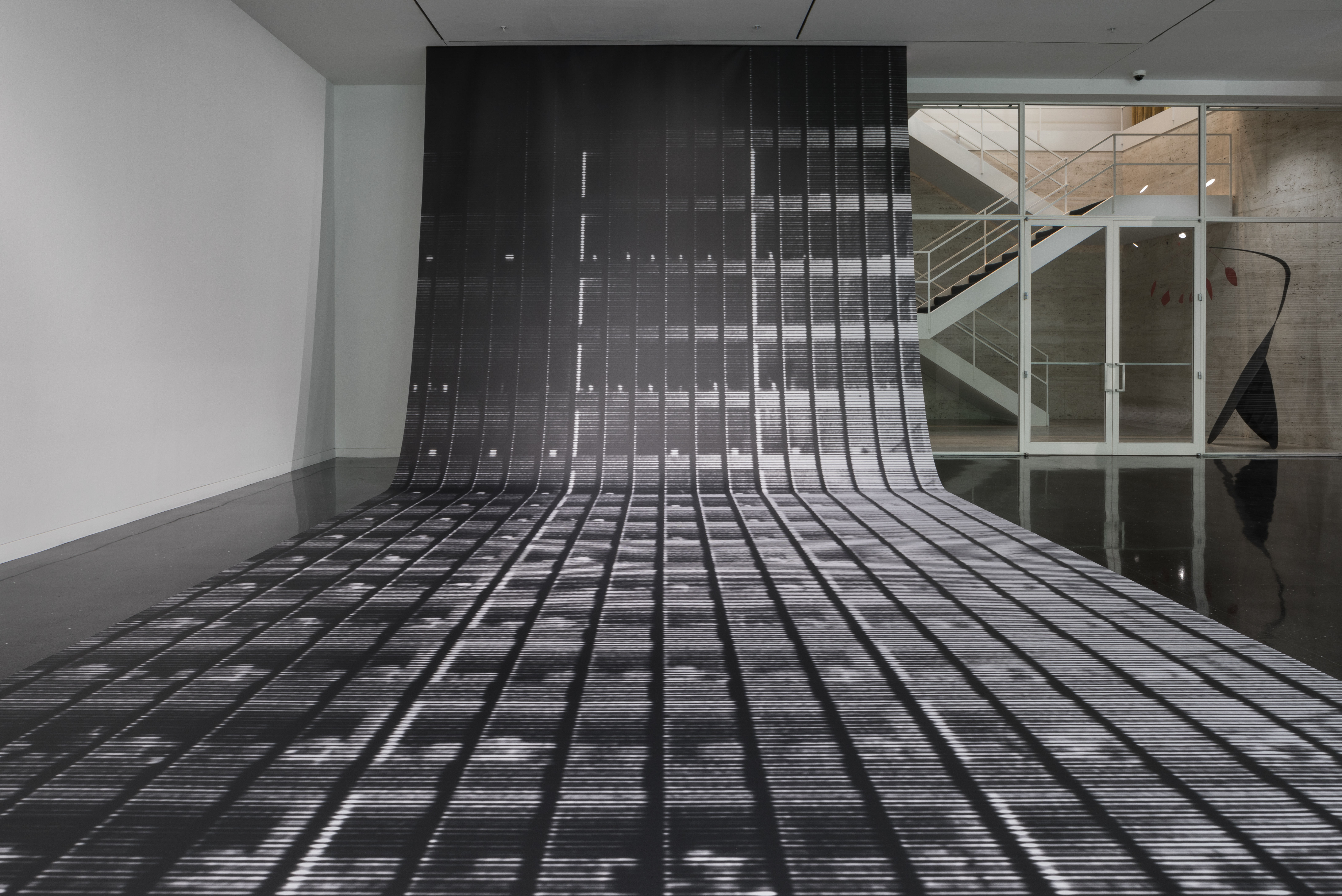 Paying homage to one of the great fathers of modernist architecture Ludwig Mies van der Rohe, Bettina Pousttchi has created an unexpected takeover of the Arts Club of Chicago. The German-Iranian, Berlin-based artist is known for her giant photographic installations in which she reimagines entire building facades. Her projects include “Echo,” an installation that covered the exterior of Temporäre Kunsthalle with 970 paper posters for half a year; “The City,” extending across three sides of the Renaissance-era Wolfsburg castle; and “Basel Time,” which hung outside the welcoming facade at Art Basel 2010, among others. For “Suspended Mies,” Pousttchi has made three works, each of her large-scale installations illustrating specific moments in the architect’s career.

Covering an entire gallery is a photo-installation of the Seagram Building—a 515-feet, thirty-eight-story-tall skyscraper in Midtown Manhattan finished by Mies in 1958. Next is Mansion House Square, a modernist masterpiece of an office tower that remained unrealized—an urban legend considered by some as the greatest public space never to have been built in London. Finally, she engages the space of the Arts Club itself, the interior of which was originally designed by Mies but later was demolished after the club’s move. The Club’s iconic central staircase was salvaged and installed in their current building.

Pousttchi’s site-specific photo-installations extend floor-to-ceiling, reinventing and reactivating the traditional confines of the museum and art gallery setting. Printed in larger-than-life format on textiles, they create a sense of floating for the viewer, as if they are themselves within the artwork. This pleasant disorientation gives the work lifelike dimensions that leave space for contemplation. Transforming the spatial experience and eliminating distractions, “Suspended Mies” brings the attention to the relationship between photography, sculpture and architecture as they create a unique environment. Between history, memory and perspective, Pousttchi challenges the architecture of the gallery space and puts the works in conversation with the viewer and with one another. (Vasia Rigou)