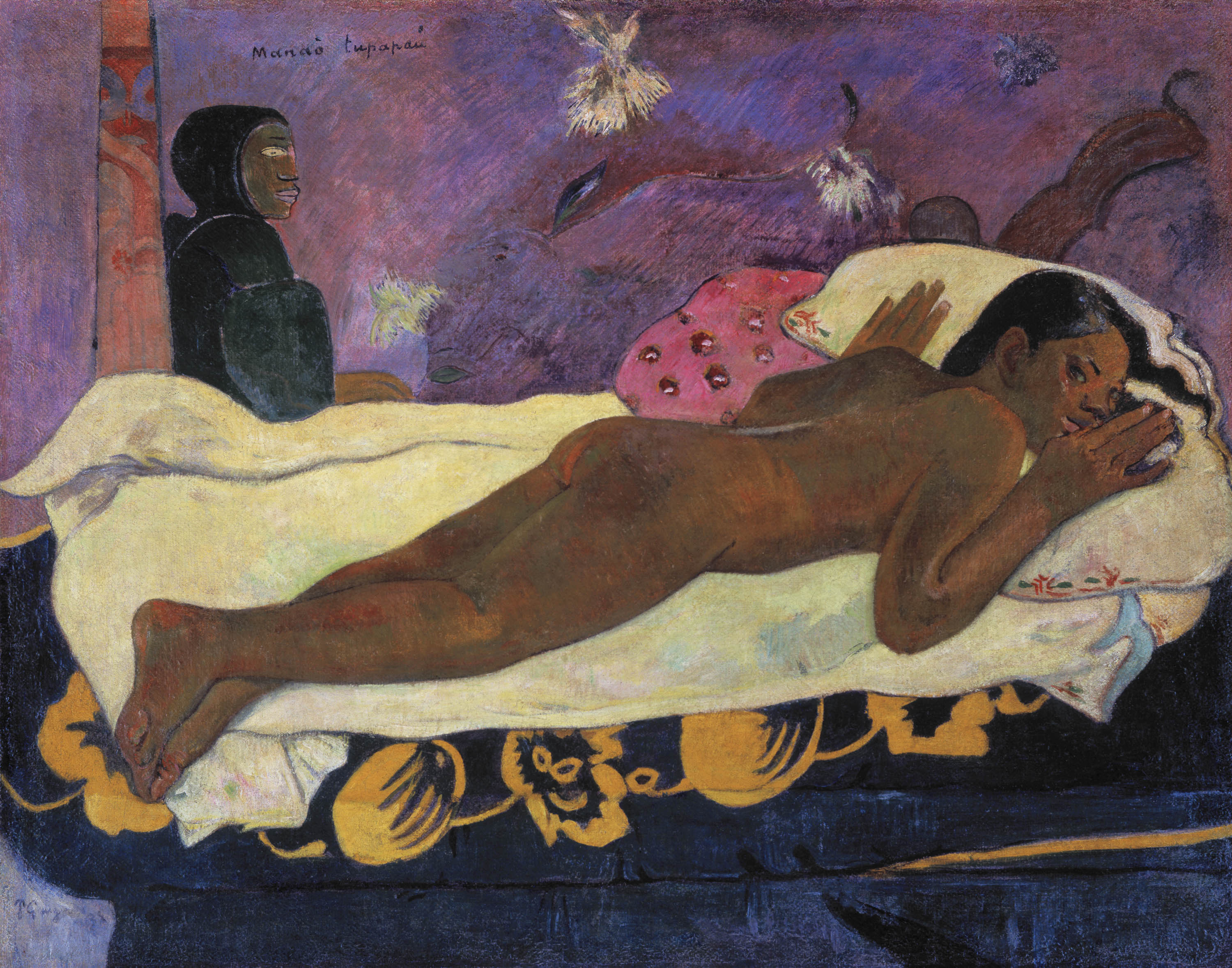 In the late middle ages, alchemists tried to turn base metal, namely lead, into gold. They never succeeded of course—there is the little problem of the law of the conservation of matter. But they persevered anyway, and by the early modern period discovered that matter was composed of elements, and that minerals and chemicals could be used to make medicines. Pfizer should hand over some of its profits to the heirs of Paracelsus.

Nowadays we use the term “alchemy” more generally to describe a process whereby something low, crude, vulgar, unformed or just overlooked is made into something grand and glorious. A coach who turns an awkward teenager into a tennis pro is an “alchemist.” The process of changing sand into the chip that powers our computers is “alchemy.” Capitalism thrives on the metaphor because it suggests that profit comes from nothing, rather than from human labor and finite natural resources. 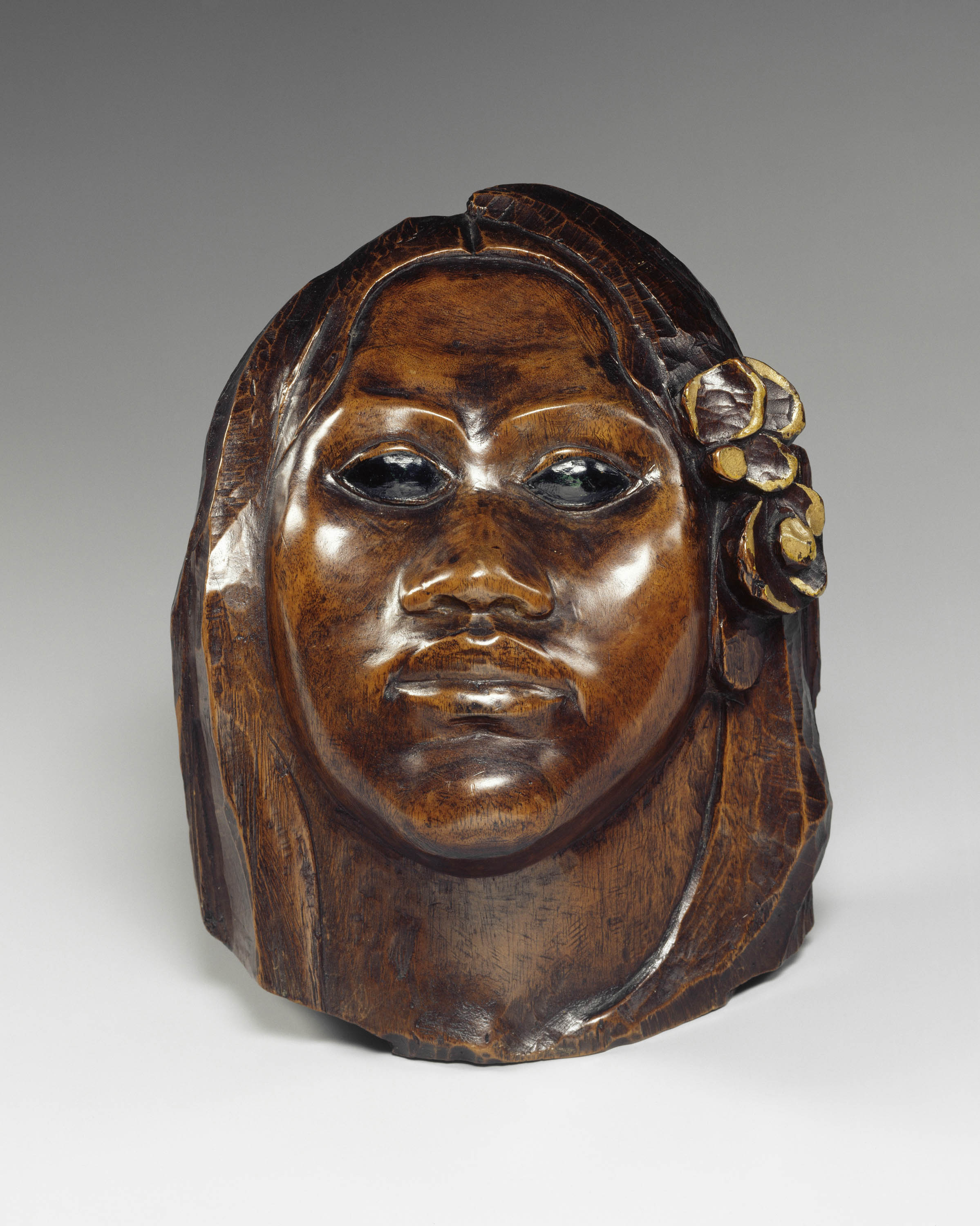 The curators of the major new Gauguin exhibition at the Art Institute would have us believe the artist was an alchemist—that he took clay, slabs of wood, torn paper, burlap, canvas and oil paint and created from them things magical and mysterious. But the French and American exhibition curators—led by Gloria Groom of the Art Institute—got it backward. Gauguin turned gold into a base metal, a much harder trick. In the painting titled “And the Gold of their Bodies” (1901), he took two young, beautiful Tahitian women and made them stand for flesh, blood, sex and race. Gauguin, who was hyper-conscious of the violence of French colonialism, considered himself en-canaque, a traitor to the white race. In “Manao Tupapau” (1892) he changed another beautiful young woman into: 1) an androgyne; and 2) a terror-stricken child, waiting to be devoured by a bogeyman, the tupapau who lurks in the background. In the stoneware “Portrait Vase of Mme. Schuffenecker” (1889-90), he turns the genre of portraiture, the goal of which in the nineteenth century was to represent and idealize a sitter, into a means to create awkwardness and even grotesquerie. The wife of his artist-friend lacks a neck and appears hunchbacked, or consumptive. A similar demolition is performed with the wood carving “Saint Orang” (1902-3), which changed a self-important and inquisitorial local constable—he was Inspector Javert to Gauguin’s Jean Valjean—into a masturbating orangutan. 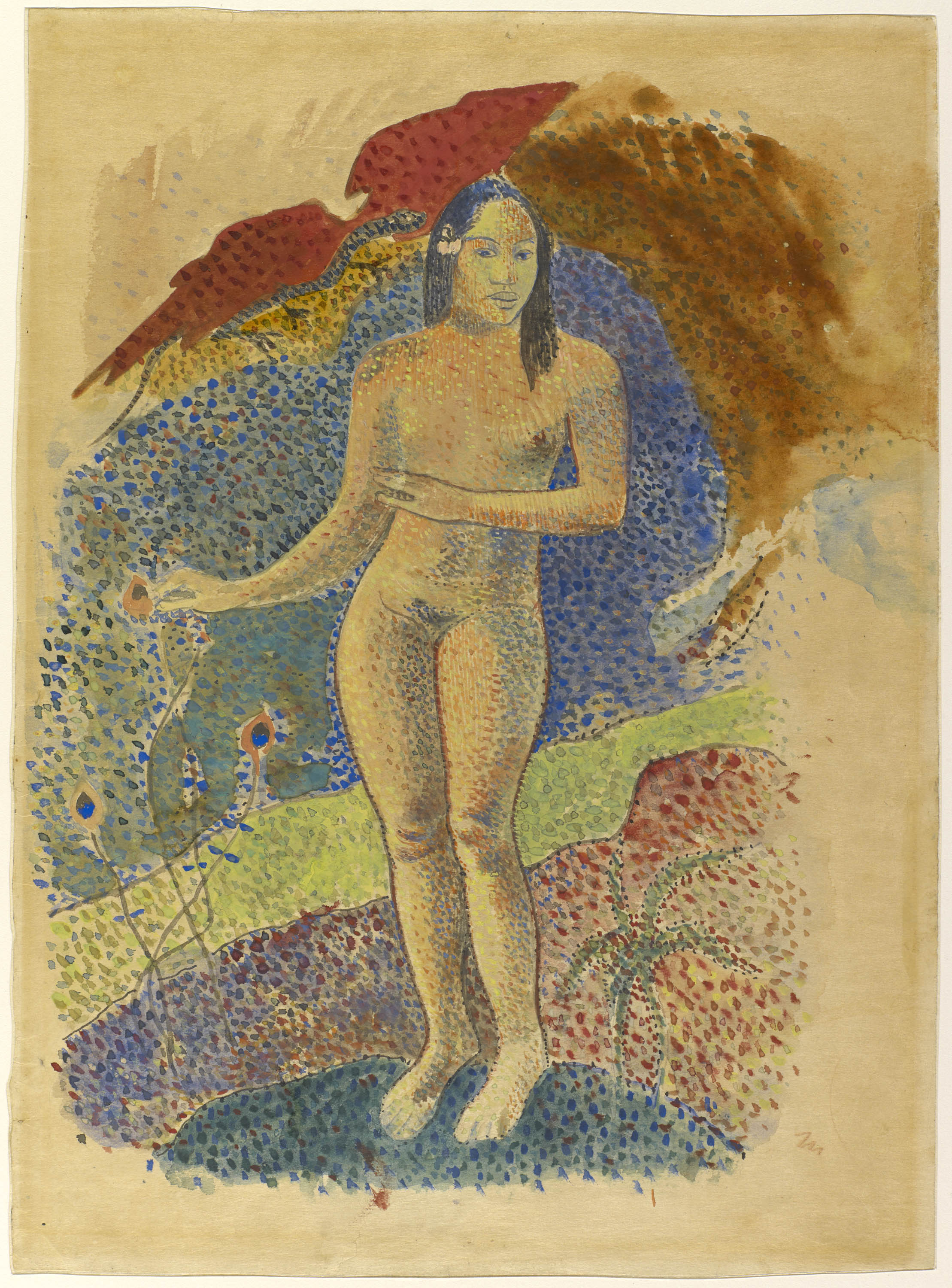 All that said, “Gauguin: Artist as Alchemist” is filled with brilliant paintings by the acknowledged leader of the French Symbolists. The exhibition also demonstrates that Gauguin was probably the best printmaker of the nineteenth century (Goya perhaps excepted), the best potter (he wins that contest hands down), and among the finest sculptors (sure, there was David d’Angers, François Rude, Auguste Rodin and a few others). The installation, which combines different media in the same galleries and even sets them side by side, allows viewers to follow the development of a motif from drawing to painting to sculpture to ceramic and to print, and in some cases to consider their derivation from works of folk or indigenous art. Gauguin may not have been an alchemist, but he was certainly a borrower, a tinkerer and a bricoleur—an odd-job man. He brought everyone and everything—ministers, clergymen, cops, capital, class, prestige—down to size so he could manipulate it, degrade it and transform it into something we can all see, interrogate and challenge. (Frederick E. Stephens)

“Gauguin: Artist as Alchemist” shows through September 10 at the Art Institute of Chicago, 111 South Michigan.