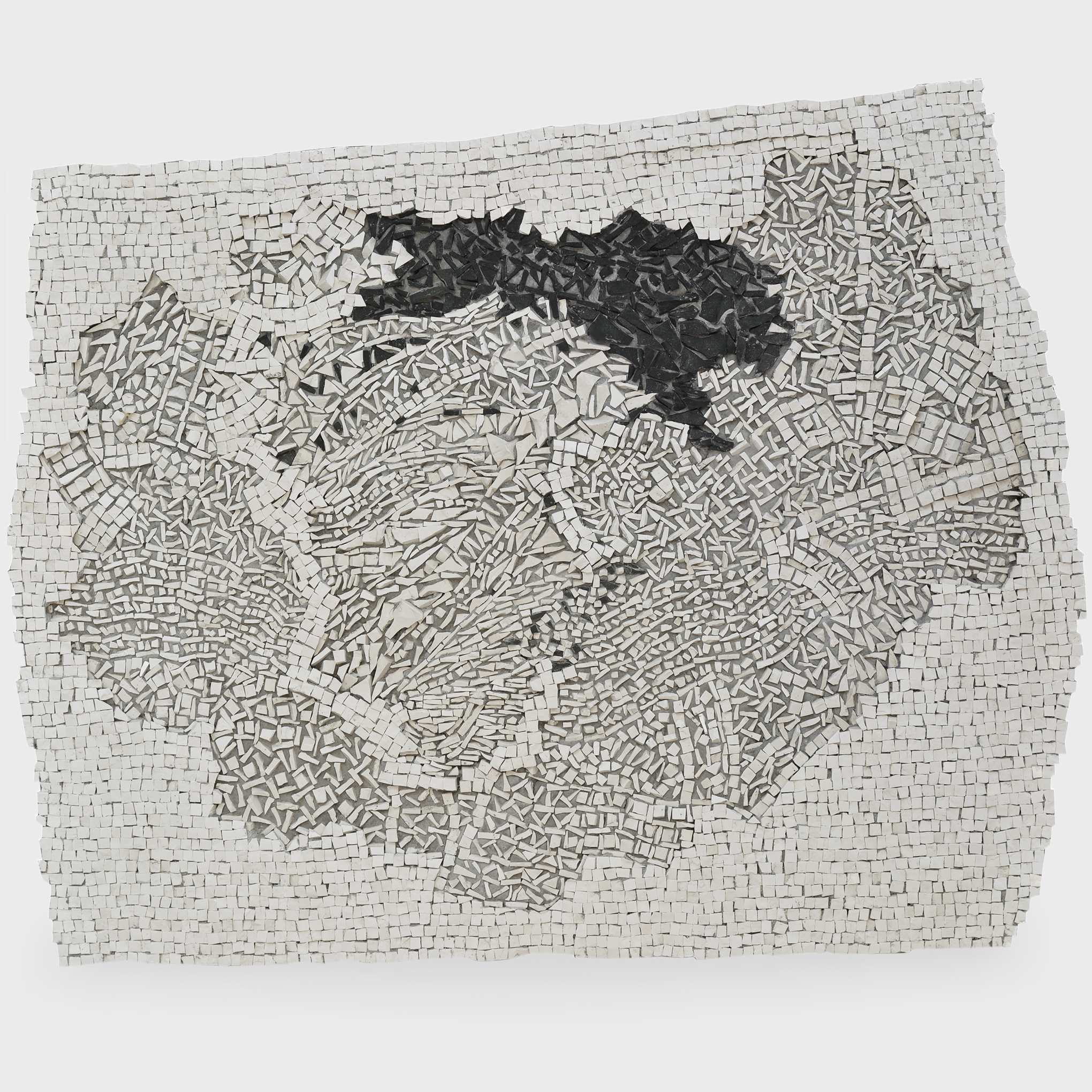 Like most everyone else who has seen them, my favorite mosaics are in San Vitale, a small, Byzantine basilica on the Adriatic coast of Italy. Their design interacts with the solemn architectural space—their colors are as brilliant as the day they were laid—and they depict real people in exciting and revealing ways.

The contemporary art mosaics of Toyoharu Kii do none of the above. Most of them are monochrome, non-figurative and anti-heroic. They belong to a world that challenges norms rather than asserts them. They validate the independence of individuals rather than the authority of a ruling elite. They offer anxiety rather than comfort, vulnerability rather than confidence, the ever-changing moment rather than an unchanging eternity.

The orderly rows of small marble chips are like discrete marks of ink on paper, but being three dimensional, the eye has more to grab onto. They resemble bricks in a wall or cobblestones in a street rather than writing on a page. They belong to architecture more than literature. Yet only one piece, “Geometric Dream,” has an orthogonal border. All the others are fragments—broken here and bulging there, the result of uncontrolled growth and destruction—like pavement buckling over the roots of a tree. Infinite care seems to have been taken in placing each of the small shards, yet the overall design feels as casual and spontaneous as a piece of clothing thrown against a wall. 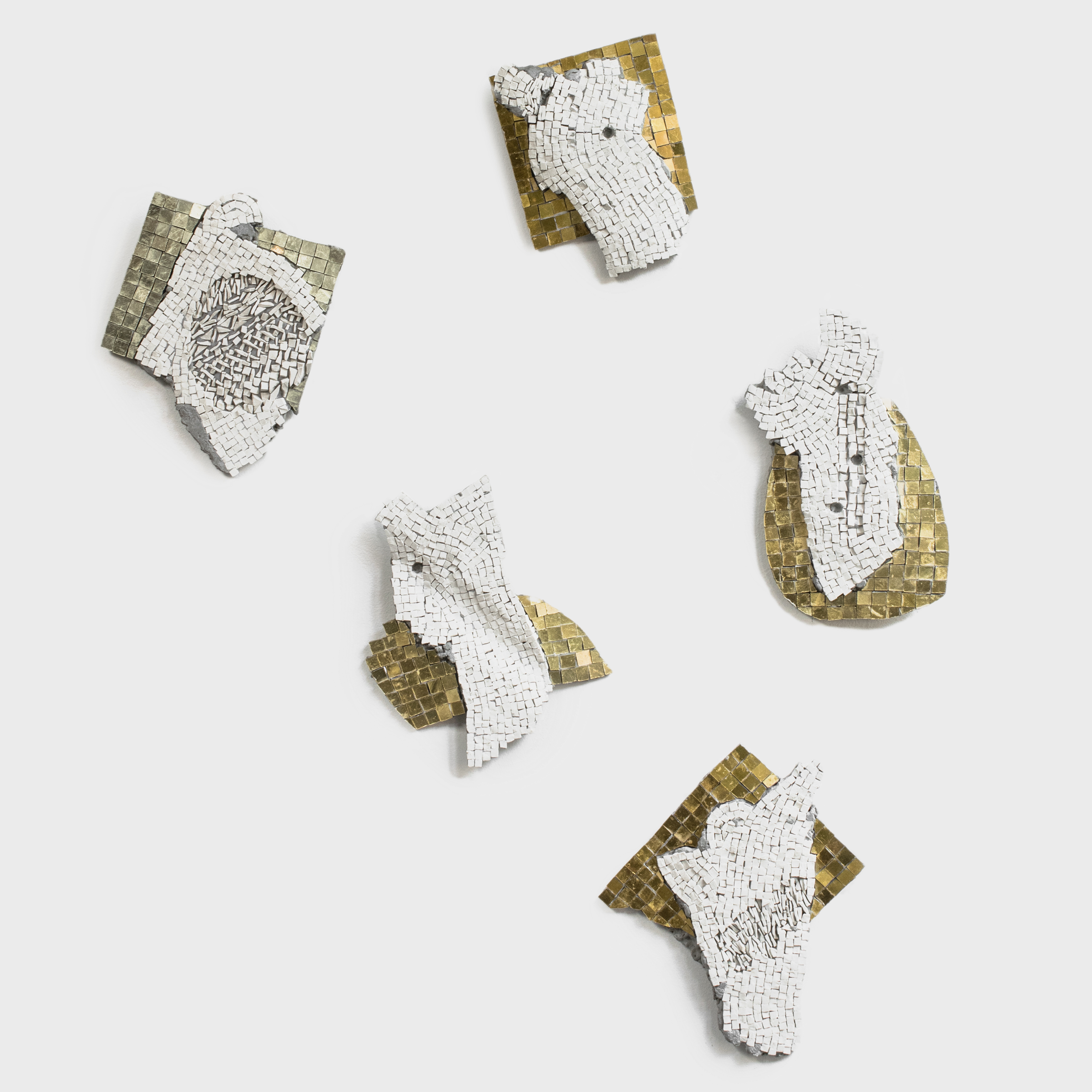 The wide variety of patterns often approach the pictorial, still life, floral or cityscape—more for how such things feel from within than how they could actually appear. Long, narrow shards in a “Season of Flowers” mimic the vegetative swirl of petals. “Crime Scene” offers anomalies, like one piece that’s a little too big, and a hole that doesn’t quite belong. “Broken Hearts” seems to offer lithe naked torsos aching with desire across golden sheets. “Black Invade” almost looks like a wild pig breaking into a garden. “Corner of Town” seems to depict a rustic hut, bridge and river.

The desire for mimetic art is teased but not satisfied. What is satisfying is the bustle of visual intelligence, with thousands of tiny fragments that seem to communicate with each other. The gray and white patterns easily disappear against the smooth white walls of an apartment, and actually look better when partially obscured by foliage. So they could be charming roommates. They do not demand attention. They do not pass judgment. Yet when attention is given, they reward it with a beautiful and puzzling complexity that seems on the verge of comprehension.

Toyoharu Kii’s work is now on display in a showroom of Asian home furnishings. At this moment in art history, it’s more likely for a gallery of contemporary art to display jars of gravel than carefully built mosaics, especially ones so positive in both form and content. But just as anything can now be art, good art might be found anywhere. (Chris Miller)