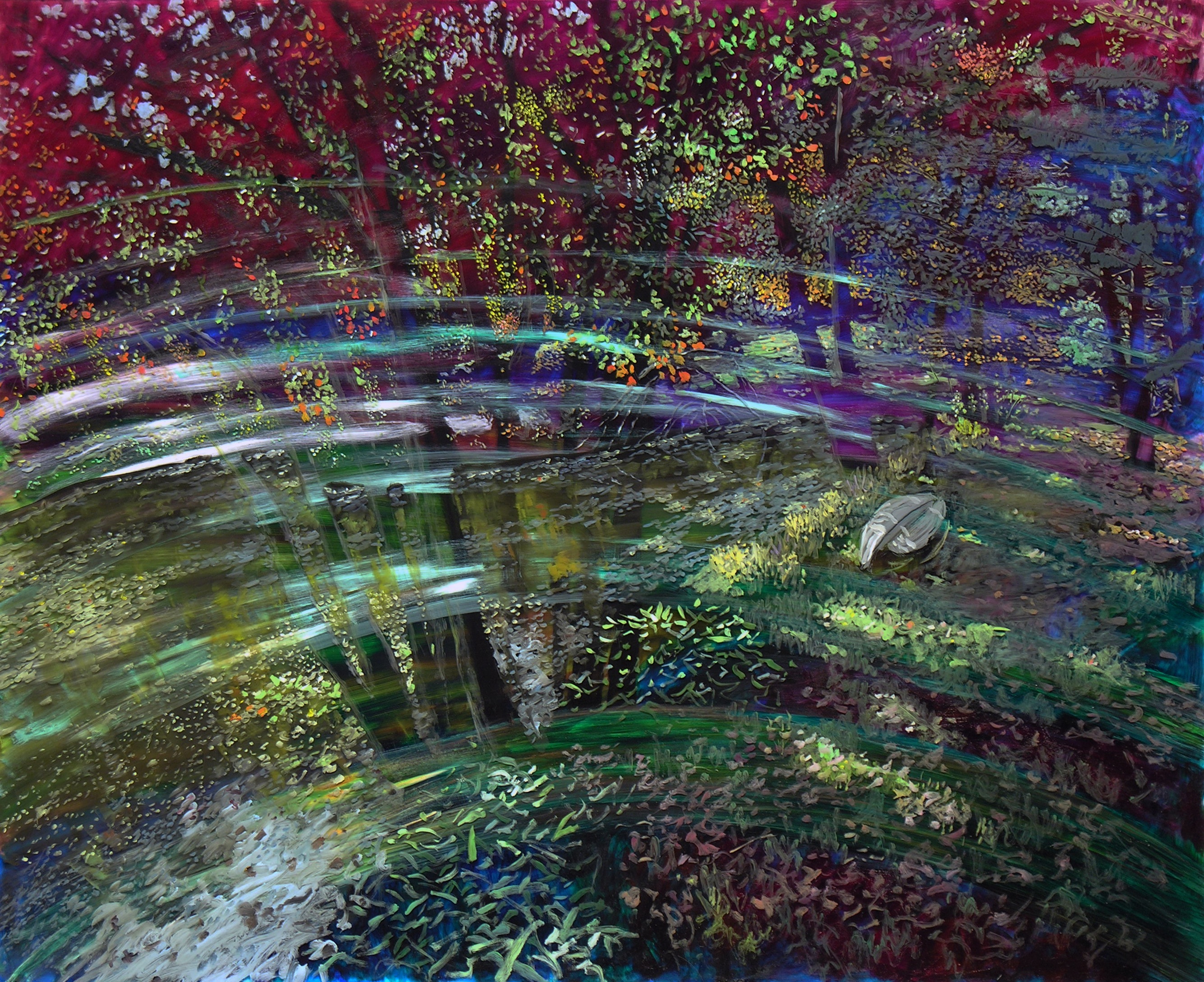 Forty miles north of Manhattan, a spit of land called Croton Point Park pushes halfway across the Hudson River, marking the northern edge of the Tappan Zee and the beginning of that scenic valley so celebrated by American painters in the nineteenth century. It’s not hard to imagine its panoramic views becoming embedded in the mind of a child, and that’s apparently what happened to Martin Weinstein. When he looks at it today, he must also be seeing it in his memory. His paintings seem to span a lifetime. He enhances that effect by painting on layered sheets of Plexiglas so that ghost-like images from the bottom layers bleed up to the surface. He also depicts multiple atmospheric conditions in the same view. Anyone who has painted landscapes on location would be quite familiar with how sky and shadows are always changing. The center of his painting might depict a bright sunny day, while the left and right sides are under a dark, leaden sky. Or the artist might cut the view into pie shapes fanning out from one corner. Every piece appears to be an experiment—some much more successful than others.

In my favorite pieces, he introduces multiple views of the same human figure so we see a person, as well as the atmosphere, changing over time. The positions of these standing figures feel arbitrary, as if they were wandering in and out of the stationary view of a security camera. It’s yet one more way his work can feel haunted.

In several pieces, the artist applies curvilinear perspective. He bends the center of the horizon line upward or downward, making one feel encompassed by a delightful world of river and hills. Many of the views also include a frail and simple garden gate, the kind that denotes a space as special, even though it can hardly keep anyone out. It could be the gates of paradise, or of a small, private cemetery. Most views seem to capture that fleeting moment when a person begins to recognize our planet as beautiful. The project might be called “Of Time and the River,” and indeed it echoes a passage from that famous novel with “the congruence of blazing and enchanted images that are themselves the core of life, the essential pattern whence all other things proceed, the kernel of eternity.” 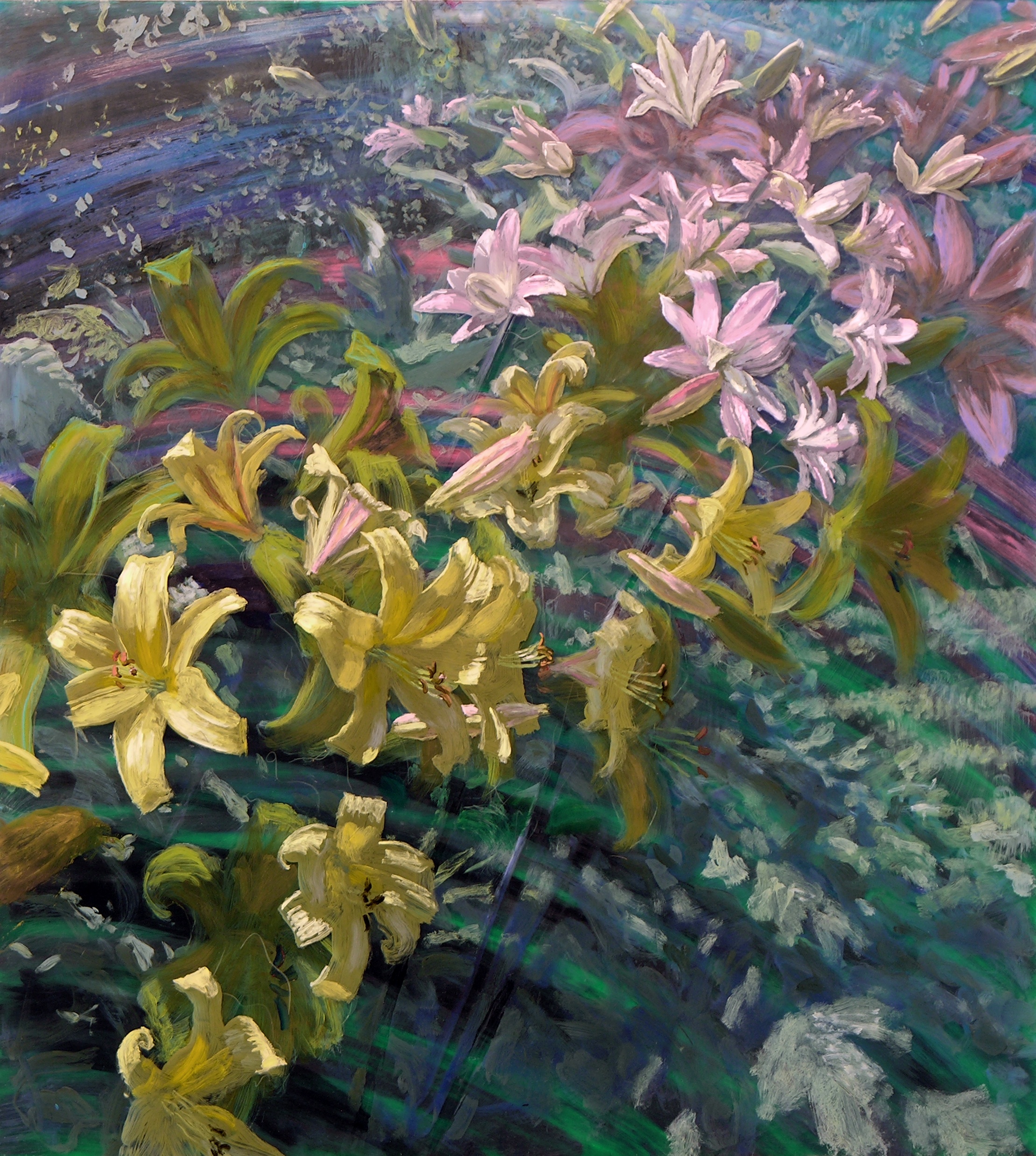 In comparison with the nineteenth-century Hudson River School that painted the same valley, Weinstein celebrates personal memory rather than natural features. You may find a precise calligraphy of snow-covered branches, but you will not find the strong and quirky draftsmanship of nature studied from life. You will also not find a careful arrangement of line and color that holds the eye in fascination. Often these paintings make you feel like your head is spinning and the view is blurring into oblivion even as you notice it. But I suspect that if Thomas Cole saw this exhibit, he would immediately email the artist and ask him about his innovative technique. Both artists developed a new kind of painting to express a strong personal attachment to the land. (Chris Miller)