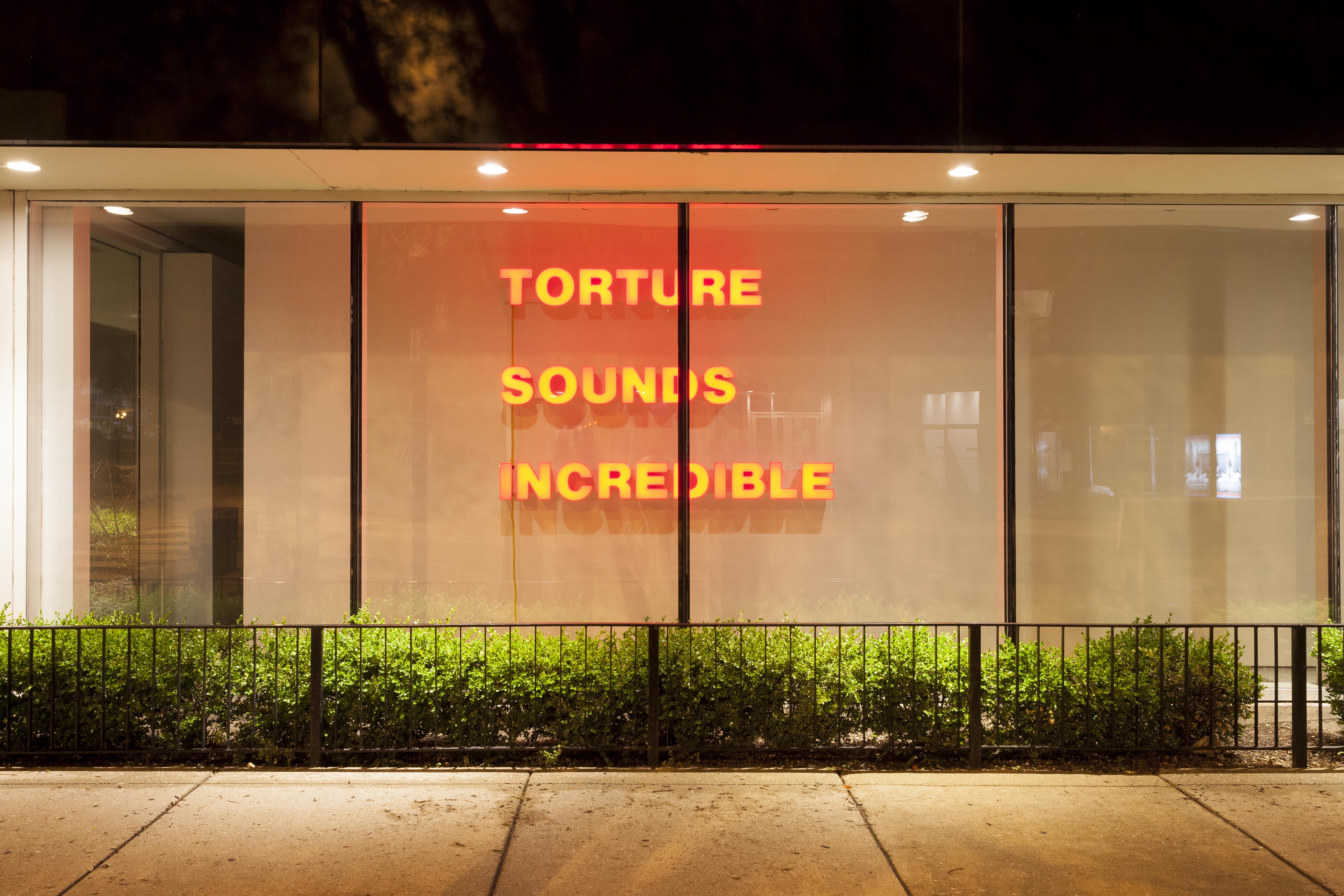 Large, glowing letters spell out the phrase “Torture Sounds Incredible.” The gallery’s front window radiates words made all the more jarring by the neighborhood’s proximity to real live torture. It’s a mere fifteen-minute drive from Monique Meloche to Homan Square, the infamous “black site” where the Chicago Police Department abused detainees and, as The Guardian put it, “disappeared” thousands of subjects. Most, of course, were black. Testifying to his experience at Homan Square, Dwand Ivery recalls that he “constantly screamed” after being choked, pummeled and denied medical attention. Joel Ross’ sign plays on a ghastly pun; the noise that torture makes is, indeed, hard to imagine. But the practice of torture is all too credible in present-day Chicago.

The rest of this thoughtful show—technically a separate entity than the artist’s window work—is largely given over to formally quiescent paintings. Ross uses a variety of techniques to render letters on plain, subdued backgrounds. Some appear stenciled in, others are painted on. There’s a diversity of spatial relations, each painting exemplifying a slightly different use of negative and positive space to bring the words out. “Various Words,” which uses acrylic, plaster and graphite to create a smooth surface with the titular words constrained orthogonally, is the most successful effort. The paintings have to be seen in person for the subtly modulated surfaces to be appreciated. 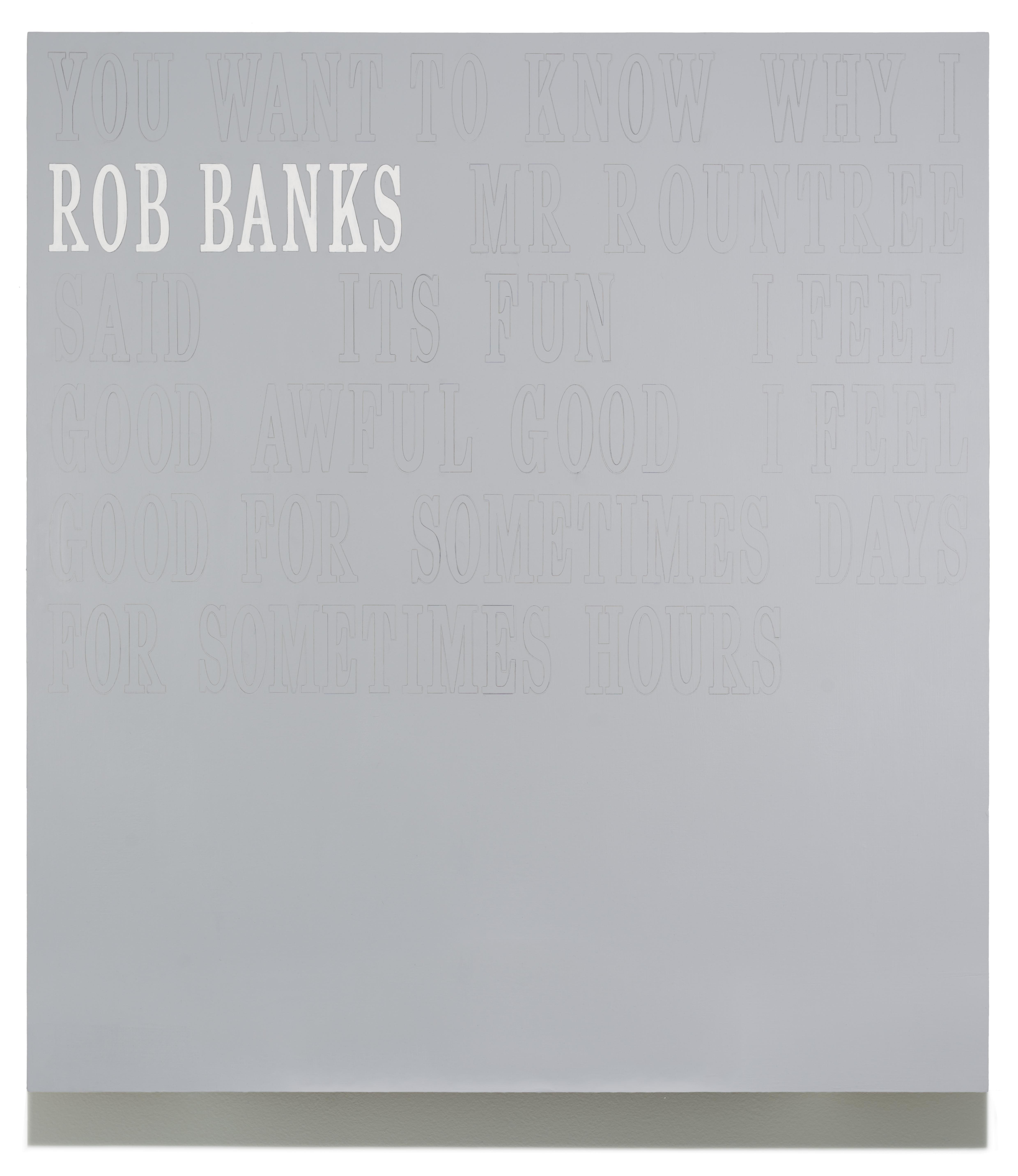 Ross’ words themselves are often banal—as in “Tears of Joy,” which literally reproduces the titular words, or in “Birthday Card,” which reproduces the text of a card as well as the Hallmark specifications. They have something in common with Jenny Holzer’s “Truisms” and certain text-based works by Lawrence Weiner. Others are more ambiguous. “Get Back to Work” presents a dialogue between two (or three) speakers, one isolated and another unconcerned with the messy business of self-pity in the face of profit. There is no consistent theme across the works’ textual content; rather, they suggest an echo chamber of monologues, conversations and half-finished thoughts. The procedures of contemplation which the paintings invite are not rewarded by profound textual encounters, but perhaps this is the point. (Luke A. Fidler)

Joel Ross’ “But I Made These For You: True Stories and Other Objects” shows through August 12 at Monique Meloche Gallery, 2154 West Division.