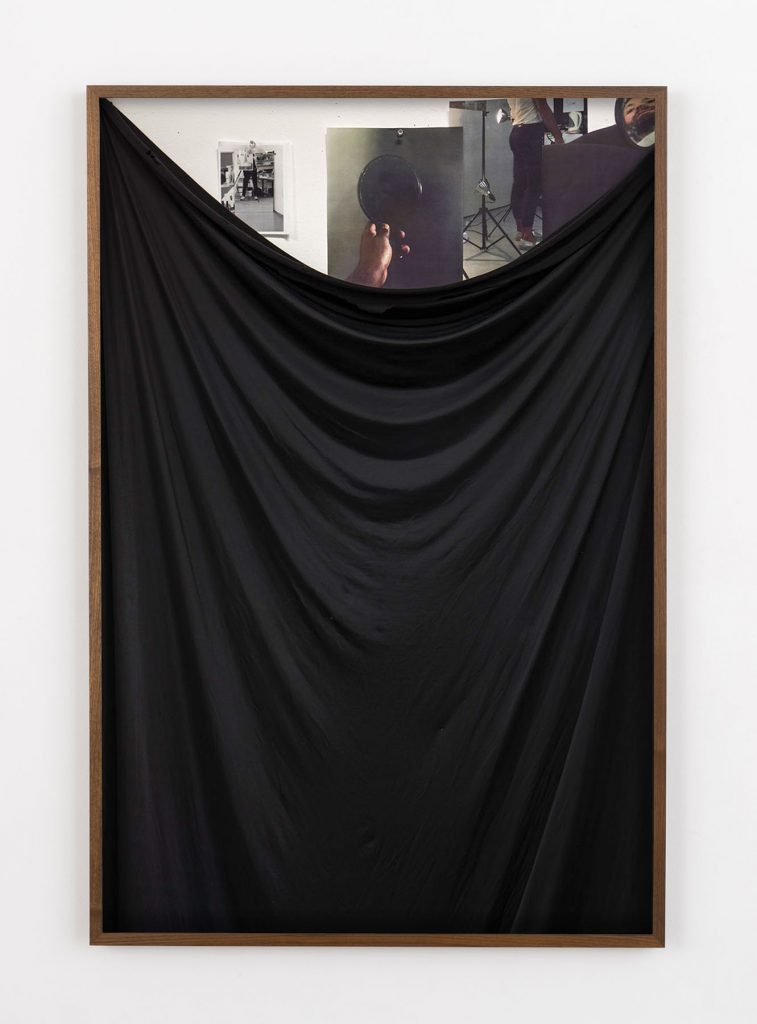 This is a fun show. Inspired by Michelle Grabner’s bronze casts of hand-woven blankets, gallerist Scott Speh has filled his gallery with other stuff that hangs and sags. Mounted in the middle of the floor, a Grabner piece faces the door, greeting those who enter with that sagging, convex, upper horizontal edge that so resembles a jaunty smile. Every piece hung behind it delivers the same cheerful greeting. It feels like you’ve walked into a party—and most of the celebrants are women. Only six of the twenty-two pieces were made by men.

The primary qualification for inclusion seems to have been the degree of difference from everything else. Only one piece, a beige, rope-like wall hanging by Tanya Aguiñiga, feels decorative enough to be sold in a home-furnishings store. Other artists pursue the investigations of contemporary art. Rachel Niffenegger hangs a mottled shroud from a gnarly, bone-like support, straddling the liminal border of attractive and creepy. Elizabeth Claffey has photographed a lacey, sheer mesh bra in an ongoing series that addresses embodied memory and its relationship to identity. Paul Mpagi Sepuya has photographed a hanging black cloth that conceals most, but not all, of the queer intimacy behind it that he wants to both show and hide. Dan Gunn has meticulously strung together strips of plywood into something that tries to sag like a fabric but can’t. He explores the limits of materials—as well as a male identity that wants him to work with wood instead of fabric. Most gloriously, Preetika Rajgariah has pinned a flaming red sari across the wall, deconstructing its fabric and augmenting it with paint and traditional Hindu bindis and KumKum colored powders. Its design is rapturous, though the rent cloth appears to be disintegrating just like cultural identity in the South Asian diaspora. 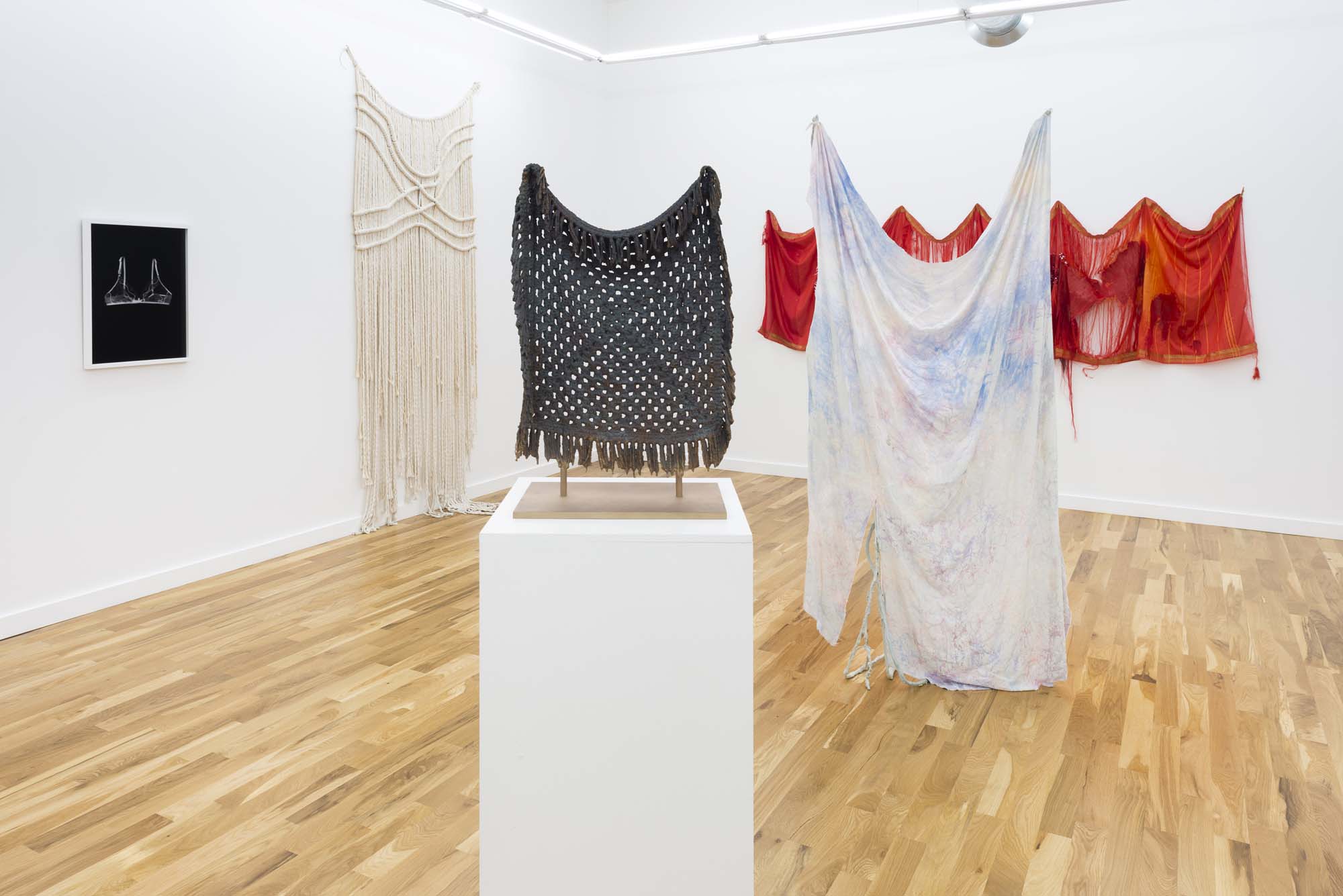 Every piece seems to be rebelling against the conventions of traditional Euro-American art, even as the show tends to reaffirm the status of its institutions. Sagging fabric by itself is a rebellion against the tightly stretched canvas that enables pictorial space. Most recalcitrant of all is a fictitious page taken from Nicholas Frank’s fictitious book about fictitious lawsuits about fictitious events in his life. It even ignores the meme of sagging fabric. But the artist/curator/writer/teacher himself has not rebelled against the academic art world. Like most of the other participants in this show, he and his work are firmly within it.

Most of these pieces live, or die, by the perceived freshness of their ideas. The physical presence of some, however, may outlive the moment. The funky, distressed patchwork of Holt Quentel has already outlived the trendiness of its creation back in 1988. It works like a good abstract painting, as does the fabric folded and painted by Josephine Messer. Molly Zuckerman-Hartung has actually offered two conventional paintings on a rectangular support of stretched canvas. The only aberration is the bundle of painted leather strips that hangs between them, just to make sure you think about the one when viewing the other. Gyan Shrosbree, who teaches at Maharishi University, offers two upbeat constructions that feel like sacred objects from an ancient monastery.

With its astonishing contrast between variety and similarity, this is one of the few group shows that is greater than the sum of its parts. (Chris Miller)