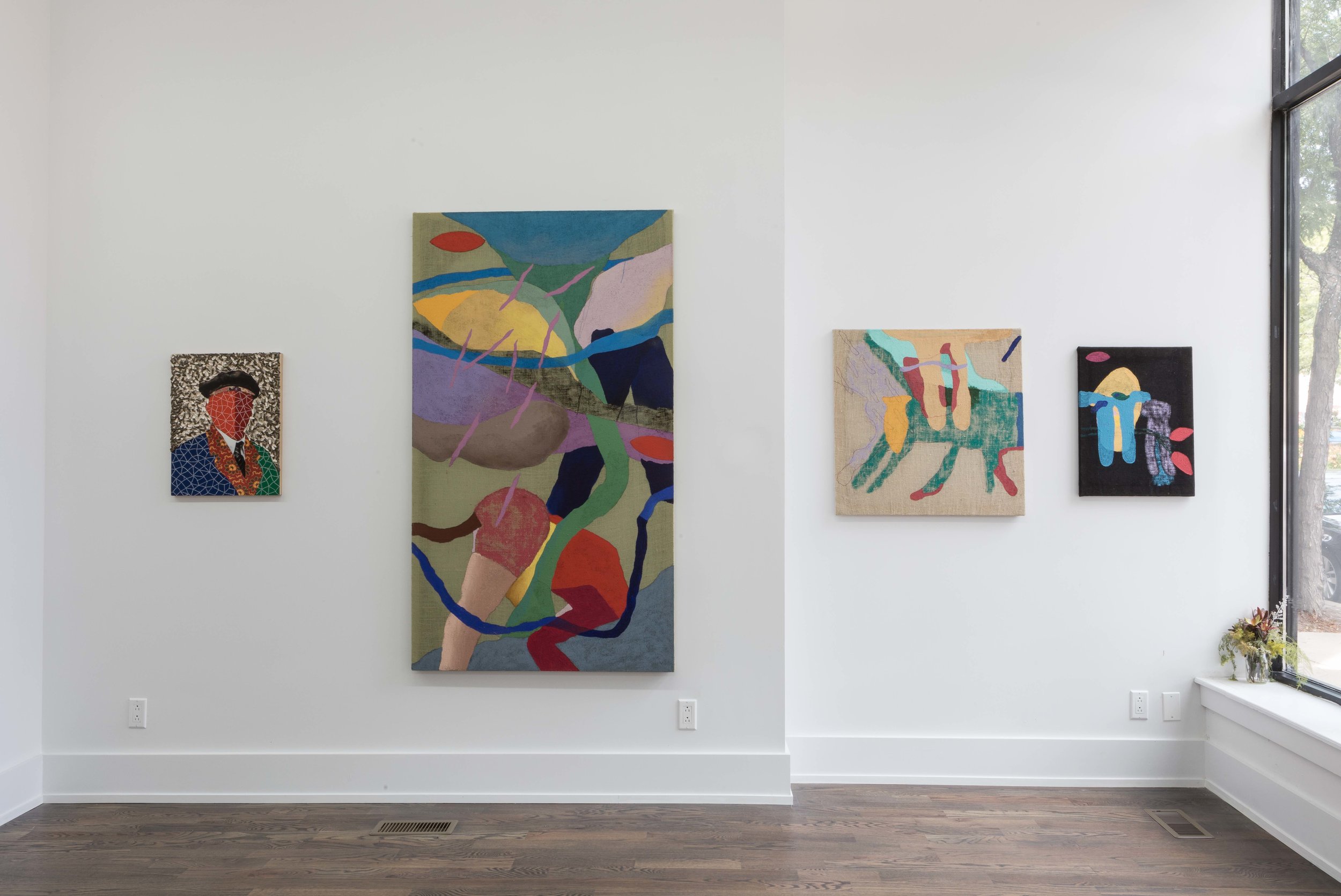 The inaugural exhibit of this new West Town gallery is called “Automythography,” a term similar to biomythography, coined by the pioneering social activist Audre Lorde. It has been borrowed by artist Mequitta Ahuja to denote her “constructive process of identity formation in which nature, culture and self-invention merge.” In a broad sense, that’s what every human does when growing up. In a narrow sense, it privileges self-invention over self-knowledge, a rather pathetic example of which is now our national leader. I’m skeptical how this approach might benefit the arts. Most multiple self-portrait projects, like those of Rembrandt, Francis Bacon or Ivan Albright, seem to be asking “Who am I?” rather than promoting a self-aggrandizing fiction.

Ahuja visualizes herself as a strong, independent person who can sort things out. So should we all. The poor visual quality of these pieces, however, argues the reverse. Like Kerry James Marshall, she continues to add much needed dark faces and bodies to the tradition of Euro-American figure painting. But her color, drawing and design have yet to achieve what Marshall calls “existential authority.”

Alex Yudzon also works with mythology, but more to attack than establish it. With a blunt, earthy Russian sense of humor, he enhances a photograph of two heroic Soviet workers with the empty shells of sunflower seeds. The dream of a workers’ paradise is indeed over. But didn’t we already know that? Wouldn’t it be more timely to undermine the paradise currently being built for plutocrats? 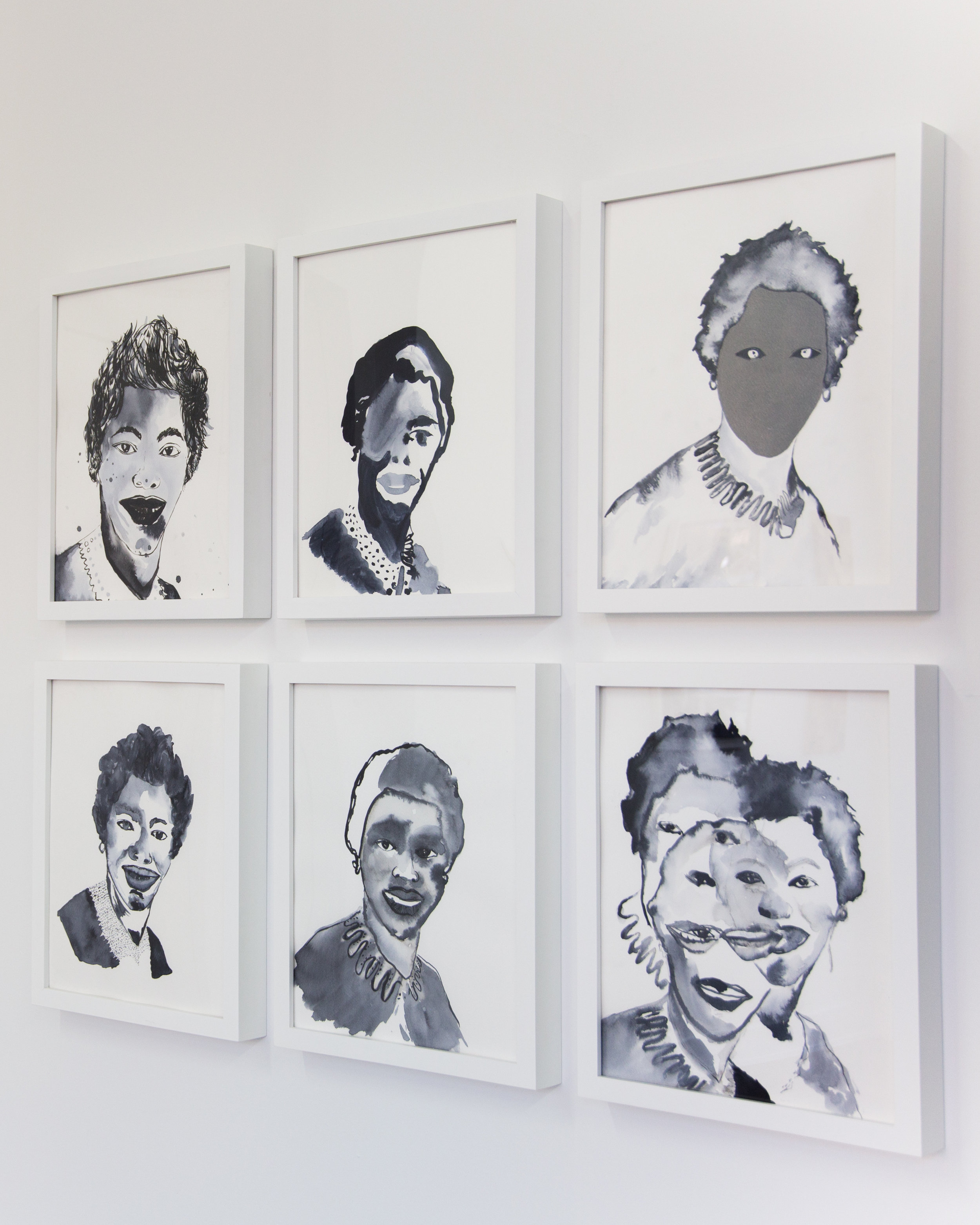 The other three artists focus on ethnic identity. Ato Ribeiro repurposes cross-sections of used lumber to imitate the kente quilts of Ghana. The colors are more muted, but his patterns are just as lively—and I’ve always wanted to see the end grain of plywood made decorative. Kambui Olujimi’s skills are more conceptual. You don’t need to see his costume jewelry hanging from glass handcuffs to appreciate what these pieces have to say. And you probably should not actually see the portraits of his mentor, a wise woman in his Brooklyn neighborhood who helped him grow up. The idea of honoring her is much better than the blotched, mangled faces he managed to draw with pen and wash. By contrast, Kaveri Raina is all about visuality as she celebrates her life in the Indian diaspora.

Most of the work in this show depends on its important, dramatic back story. Raina’s delicious paintings are the exception. She seems to have tapped into the joy she discovered as a child and then saturated a burlap support with that feeling along with colorful paint. Rather than mythologizing herself, she invokes her favorite God, Lord Hanuman, though without a face, he is not identifiable as such. Whether or not this should be called an automythography, it has placed her among the best young painters now showing in Chicago. (Chris Miller)