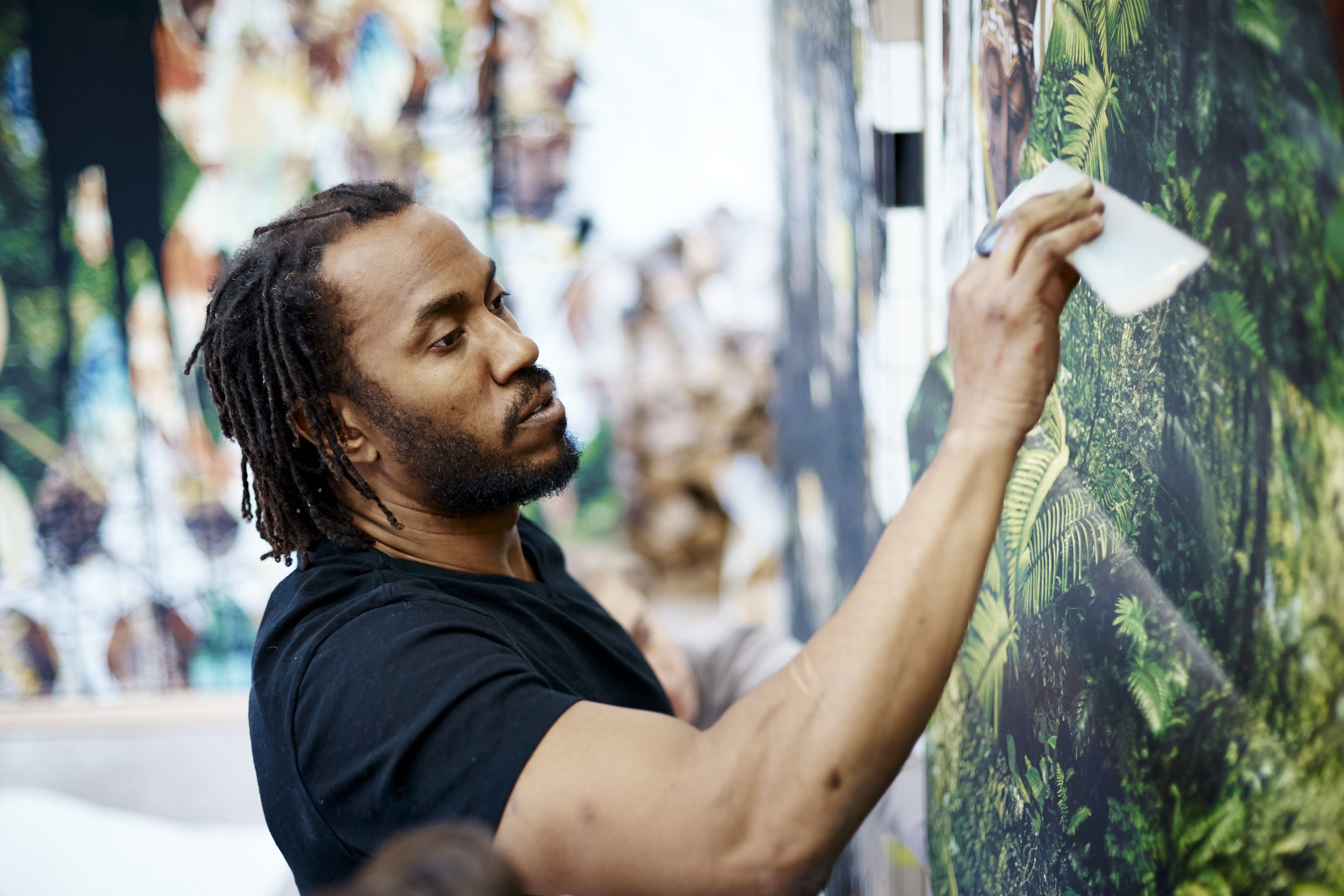 In “Song of Solomon,” Toni Morrison’s 1977 novel, the characters are obsessed with flight. The book starts with a spectacle: a mild-mannered insurance agent has climbed onto his roof, wearing wings made of blue silk. He’s convinced he can fly from his Michigan home clear over Lake Superior. “If you surrendered to the air, you could ride it,” the protagonist, Milkman, comes to learn. It refers to an ancestor believed to have flown back to Africa, but also to the acceptance of his own life. It’s about ceding control, letting the wind guide your journey.

The book, like Morrison’s other works, is steeped in blackness. The characters are black, of course, as is the author creating the vivid world they inhabit. Their blackness informs how they decide on the right way to live: black respectability versus the unabashedly real, keeping a low profile versus avenging the killing of black lives. They search for their histories, the ones kept purposely hidden. Their lives are multiplicitous and complex, even though they live in the same world, face the same problems, breathe the same air. They share a history and a kind of magical thinking where escape is possible, transcendence real. 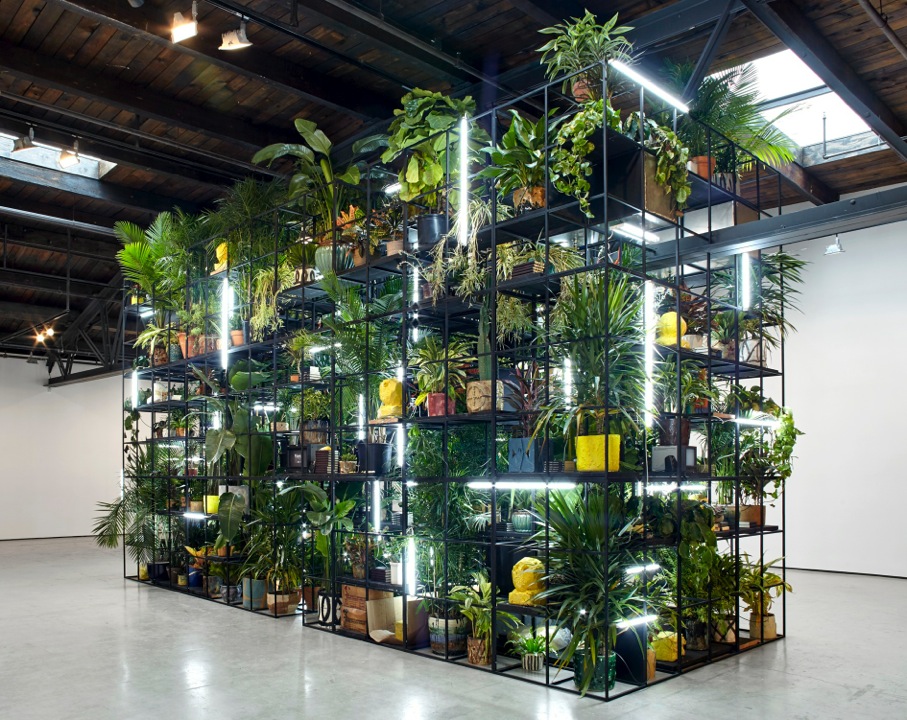 It was Morrison’s story that came back to me at Rashid Johnson’s “Hail We Now Sing Joy,” on view at the Milwaukee Art Museum. Vast paintings and sculptures occupy the entirety of the first-floor exhibition space. Johnson, like Morrison, is known for using signifiers of black culture in his work, such as Public Enemy’s logo or Frederick Douglass’ portrait. In this cohesive show, the thirty-nine-year-old artist continues to use these signifiers to explore questions around identity, race, appropriation and anxiety.

Originally from Evanston and now based in New York, Johnson first made waves back in 2001 when he participated in “Freestyle,” a group show at the Studio Museum in Harlem. The exhibition made headlines both for the promising work of the twenty-eight emerging artists and for curator Thelma Golden’s now infamous remark that the work on view was “post-black.” Golden later said the term was meant to free artists from the burden of working within the confines of so-called black art. “We were now willing to exist as a place where we could talk about the complexity of black creation and the politics behind it through multiple voices and multiple strands,” Golden said of the Studio Museum. Seen through this lens, the term fits Johnson’s work through its refusal to be pigeon-holed or to provide a single meaning. 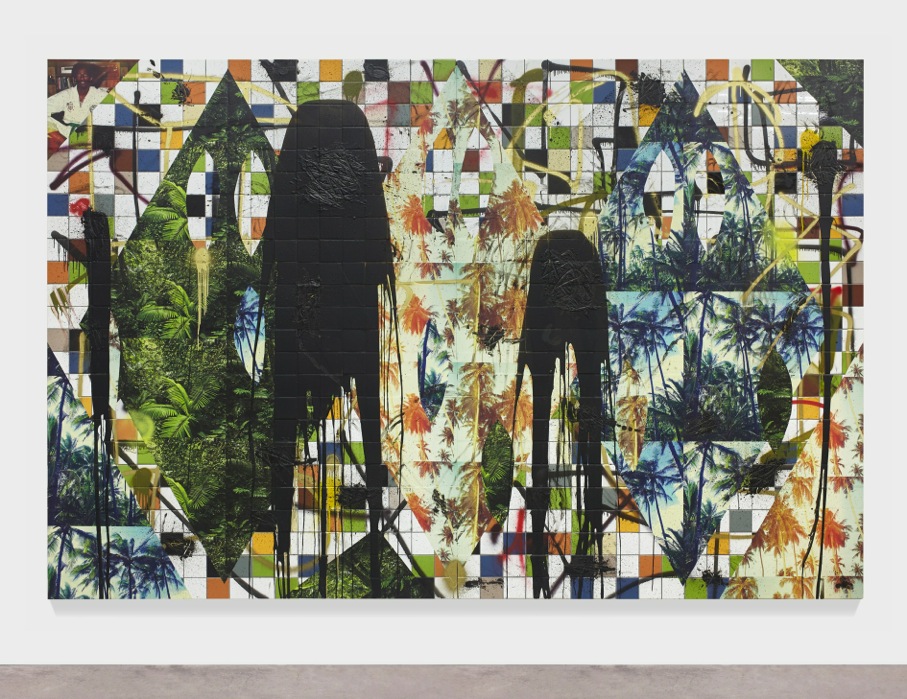 The show opens with “Antoine’s Organ,” a gorgeous architectural installation stacked with potted plants, books, televisions and shea butter, that fills the first gallery. At the Kemper Museum of Contemporary Art, where this exhibit was first staged, the plants on the top row brushed the ceiling. Mostly hidden from view inside the grid sits a piano, which local musicians play at scheduled times for the duration of the show. The piece is named for Antoine Baldwin, a pianist and producer also known as Audio BLK.

“When you come upon the sculpture and it’s not being activated, it certainly is something to consider,” Margaret Andera, interim chief curator and curator of contemporary art at the museum, tells me. “But then there’s this added element when the music is being played too… It makes you kind of stop and think about the fact that a work of art, a single work of art, can exist in more than one way.”

The sculpture is layered in every sense of the word. Over three-hundred plants, most in ceramic pots made by the artist, line the black steel shelves. Grow lights illuminate various sections. Stacks of books serve as both cultural signifiers and visual markers: “Sellout: The Politics of Racial Betrayal” by Randall Kennedy, “The Souls of Black Folk” by W. E. B. Du Bois, “The Concept of Anxiety” by Søren Kierkegaard, “The End of Blackness” by Debra J. Dickerson, and the Alcoholics Anonymous “Big Book” are just a few examples. Though the piece is monumental in size, the objects it contains—books, Persian rugs, potted plants, etc.—are familiar, domestic. The grid itself almost seems like something you could piece together after several trips to IKEA. It is a great example of the openness that characterizes Johnson’s work, an accessibility that serves as a key to his early success. As the MAM website prominently notes, Forbes recently named Johnson “one of the four or five most important contemporary American artists.”

“All art is personal,” Andera says. “Johnson, to me, his personal experience is so much a part of what these works are, but he also then leaves room for your experience.” The artist speaks frequently about growing up in an Afro-centric household. A 1977 photograph of his father in a Taekwondo uniform features frequently in Johnson’s work. Here, it shows up as one element of the “Untitled Escape Collage” series, paintings made of vinyl, tile, spray paint, black soap and wax that evoke a tropical getaway. 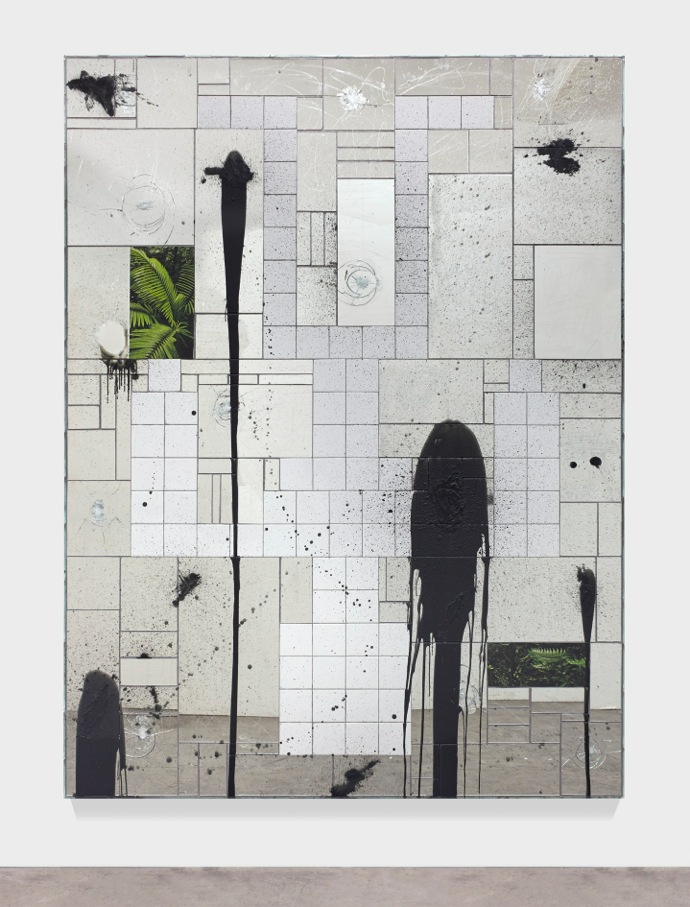 But it was another series, “Falling Man,” that struck me the most. The title brings to mind Don DeLillo’s novel of the same name, which is centered around the life of a 9/11 survivor. It took me a moment to see the falling men. The wall-mounted pieces are part-painting, part-sculpture, and they use many of the artist’s signature elements: burnt red oak, black soap, shea butter, mirrored tiles, books, plants. Taking up most of each piece is a blocky outline of a man, head down, feet in the air. The wall text likens the men to superheroes or chalk outlines. To me they are everyday people weighed down by the world and looking for escape. “I don’t see them as trapped—more like they’ve accepted their fate,” the artist has said of the series. While the men “seem to be falling, they could also be seen as flying.” In a world that continually makes us heavy with grief, the falling men conjure a feeling of weightlessness. As Morrison writes, “You wanna fly, you got to give up the shit that weighs you down.”