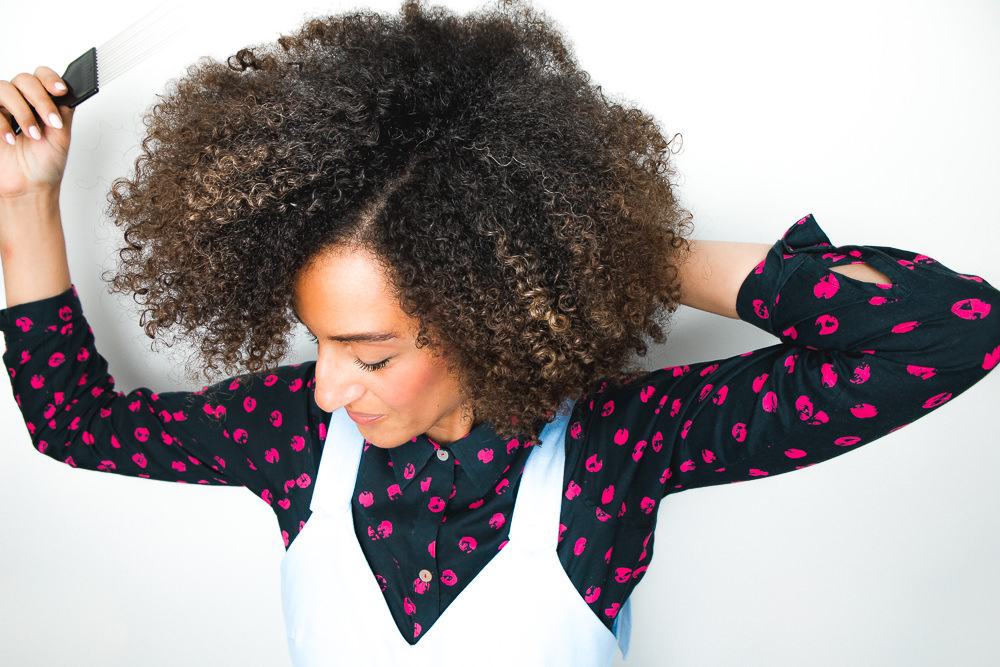 This year’s Art 50 looks behind the scenes to find out who makes it all happen. Curators, gallerists, critics and collectors frame the way we look at art, but philanthropy empowers artists to make the work. We sat down with Deana Haggag, president and CEO of United States Artists, a Chicago-based funding organization providing large, unrestricted grants to a nationwide cohort of artists each year. Haggag came recently from Baltimore, where she directed The Contemporary. In Chicago, she’s finding her way through the tangled world of arts funding and making no small plans along the way. 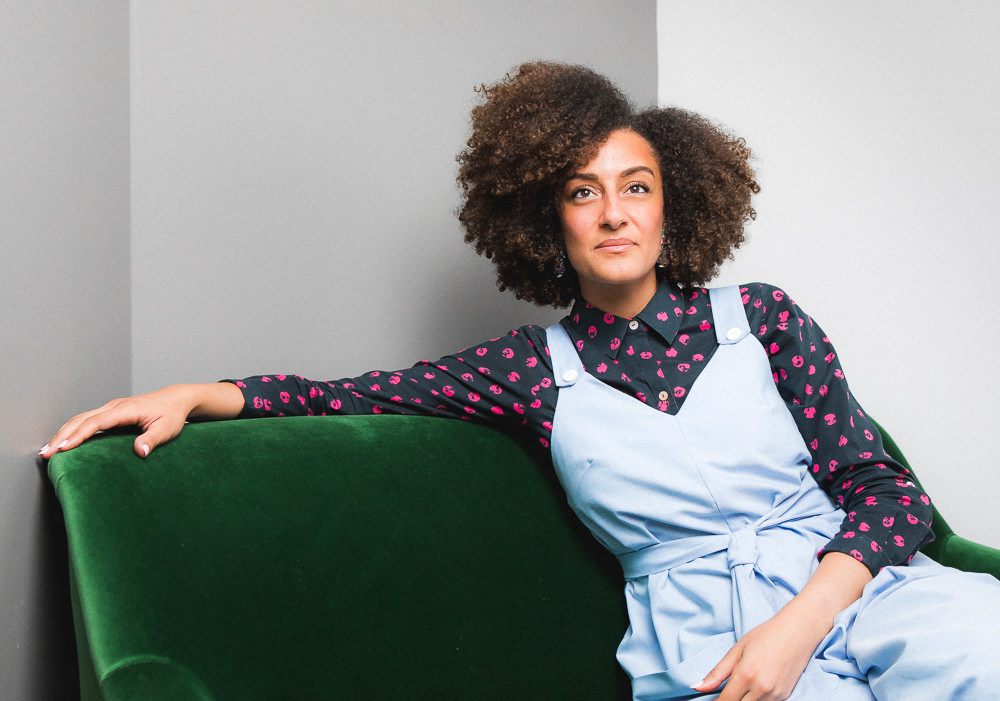 Welcome to Chicago. How are you finding it so far?
I’m flabbergasted by Chicago’s cultural community. It feels like the country’s best-kept secret. Running a national organization, it’s really nice to be in the middle of the country and in a place that feels like it’s at the confluence of so much of what is happening artistically. The amount of people that have reached out to me since coming here has been overwhelming—artists, academics, people in other nonprofits and philanthropic communities.

Funding institutions are extremely important to the cultural community but also fairly invisible within it. We are much more fixated on curators, collectors, gallerists and the like. How does the difference in visibility affect your work?
The administration sector of the arts is woefully under-recognized. Philanthropy is in a particularly interesting place because by design it was not intended to take up space. Philanthropy is somewhat religious, as bizarre as that sounds, in the sense that your name is muted in the giving process. USA’s work to fund artists quietly has always been important, but the idea of supporting artists in this unrestricted way seems more significant than ever. That means that our name as a funding organization needs to become more present.

How does United States Artists fulfill its mission through the process of funding artists?
United States Artists believes that artists are integral to the way we see ourselves as a nation, as a people and as a culture. In order to demonstrate that mission, we have to have a kind of diversity and wideness in our definition of who an artist is that will continue to reinforce why that art matters. The number of people that we go through to get to our artist pool matters tremendously in terms of the diversity of our cohort geographically, racially, age-wise, medium-wise. We are the only funder our size that funds all of these disciplines in all of these geographies with all of the breadth and depth that we have. Without that, it would be easy to call us on our bluff that artists matter to Americans at large if we are only funding artists in areas where people expect to see art, despite artists making it everywhere and all the time. 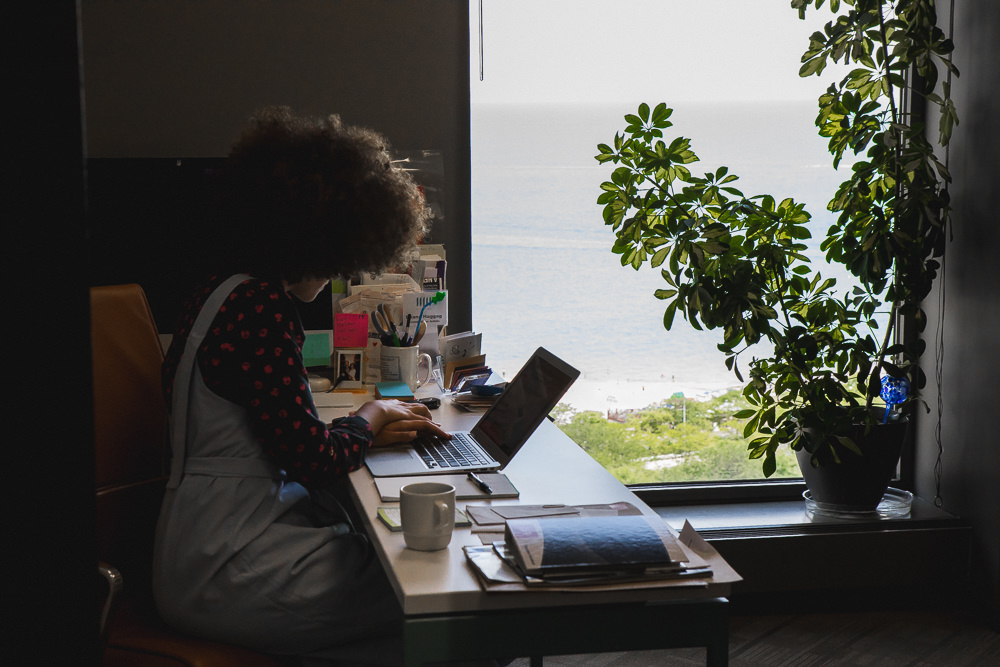 Philanthropy in the arts is often perceived as a purely transactional process. How have you seen funder-artist relationships develop beyond these assumptions through USA’s work?
It’s important to demystify funding for artists and to build proximity between the two. The funder learns a lot by meeting the artist—it really illuminates for them what the sector is doing, especially the funders that do not fund the arts generally. We have funders who are focused on very specific sectors of the arts and who know that area very well, but we also have foundations that don’t otherwise have proximity to individual artists.

“Assembly” is an annual event where we convene our artists and our funders for two days of getting to know one another. Some artists and funders have maintained relationships well beyond the USA fellowship, while for others it’s just a moment to meet over dinner. But it’s important for artists to see where the money comes from and that no matter who the funder may be, whether it’s the Ford Foundation or an individual, there is always a person on the other end. That shifts how artists see the funding sector.

But it’s not just about where the money comes from, but what do you do with it when you get it? If you were handed $50,000 right now, do you trust yourself to make the smartest possible decision with that money? USA is thinking about infrastructures to build for artists to understand their own financial equity, so that there aren’t so many artists in need and so many funders who can’t address that need.

Analyzing the sector, developing fiscal responsibility—these are meta-processes for the funding question. Is USA thinking about taking on these larger projects?
Last year was USA’s tenth anniversary. Before I arrived, an impact study was commissioned to analyze what we had been doing for these ten years. One of the parts of that study was to measure what the artist did with the money. We found that, overwhelmingly, artists are using it to pay other artists and to make new work. But we are also increasingly seeing artists use the money to pay rent, pay medical bills, pay student debt—all this stuff. Even just having that data makes it much easier to talk with our artists in the future about how they will spend their awards.

Unlike so many other individual artist support organizations, our awards are unrestricted. The artist can do whatever they want with that money. As someone who sits on juries often, I notice that artists tend not to want to pay themselves. There is an assumption that when applying for a grant, the last thing you should consider is the value of your own time and labor, and if you can prove that you’re going to put all the money into the work, that people are going to be more interested in giving it to you. This is completely untrue.

How do we show an entire artist sector that an unrestricted award means you have full range to spend it on yourself and take care of yourself and your family?

There is a growing concern among cultural workers about the uncompensated labor of the artist, but there is less of a conversation about how the artist might internalize the belief that their labor is not valuable.
We continue to live in a culture that perpetuates the idea that artists are unworthy and that the only way they can measure themselves is based on their constant output. There’s little infrastructure to take care of yourself as an artist, so if you’re going to give artists money, you have to develop that support. 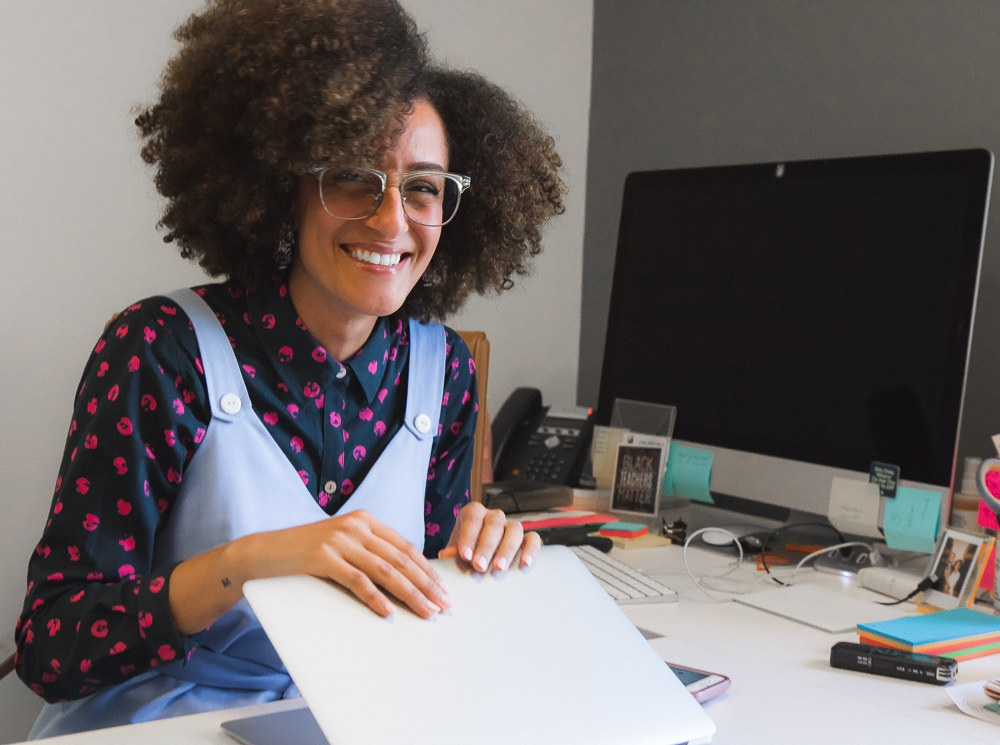 Is this related to the traditional assumption that philanthropy is wedded to the idea of a direct relationship between the funding and the tangible product of that funding?
Philanthropy is made up of humans. It’s easy to pick up the phone and call a funder and talk about something that isn’t working or needs to change in a project. Of course there are significant changes that need to happen to the philanthropic sector, but the level of compassion and care is great. I have experienced a number of moments where my best thought partners have been people in philanthropy.

This isn’t a typical return-on-investment sector. It’s about making conversations between the people who have the resources and the people that need it. USA is beautiful because it is one of the few organizations I’ve seen that builds that relationship into the process. Philanthropy is changing a lot right now, especially in the past two or three years. There is a willingness on the part of funders to hear what the sector really needs.

Thinking about Chicago as a microcosm of the nation, the visual arts here can often feel very siloed from the music scene or the dance community or other practices. Have you found it challenging to navigate those different spaces in this city, especially considering the different ways each of these sectors are funded?
Giving someone in New York City $50,000 is totally different than giving it to someone in Sitka, Alaska. The weight of the money is totally different. But also, what is $50,000 to a poet rather than to a filmmaker? All of the silos in Chicago are replicated nationally. That’s one place where we can make some significant strides, to start to de-silo some of these industries a little bit.

Artists are way more cross-disciplinary today than when USA was founded. When artists apply for these awards, sometimes they fit into multiple categories. It’s becoming harder and harder to keep people in particular spaces. Some of that is financial, some of that is the internet and the way that we are able to communicate with each other now. I don’t know how much of that is coming out of art school necessarily, or how much academia is encouraging that.

To what extent can a funding organization advocate and take important stands when it acts only as a mediator between philanthropists and artists?
The notion that artists matter in society in itself is advocacy. As a nation we haven’t even gotten there, let alone to all the other ways that we could be advocating for artists. We need to treat artists as their own constituency. There is a moment happening now where all these other organizations also have new leadership and are thinking about how to work together. There are entire coalitions in this sector that are talking a lot more regularly. It’s so much easier to advocate if you are a massive body. It’s been really nice to be embraced nationally in that way, and locally in Chicago it’s been stellar. We have so many Chicago fellows, we love them deeply. It’s been nice to be embraced by the community here. I haven’t really paid for lunch since I moved here.