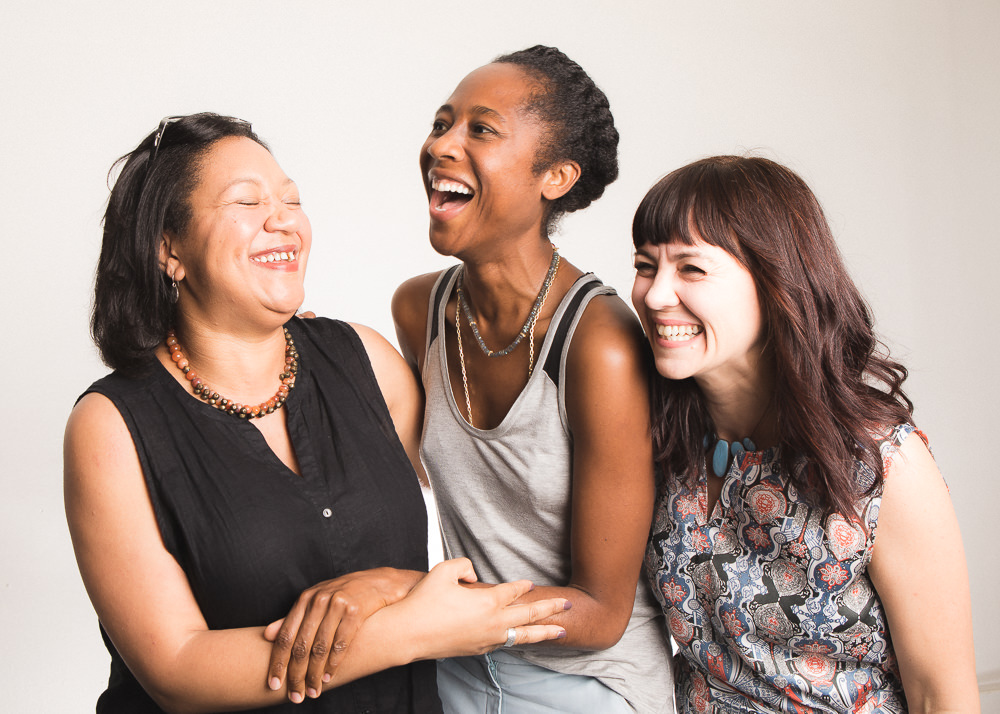 Who makes art work in Chicago? Behind every painting, photograph and sculpture are curators, collectors, gallerists, foundations and untold legions of cultural workers who give shape to the art world as we know it. This year’s Art 50 pays tribute to those who toil behind the scenes to make it all happen and those whose fortunes fund it. Culled from the collective brain trust of hundreds who live and work for the sake of Chicago’s art, we humbly submit these names you need to know.

1
James Rondeau
President and Director, Art Institute of Chicago
With nineteen years of service at the Art Institute of Chicago and just over a year and a half helming Chicago’s flagship art museum, Rondeau sits pretty among Chicago’s most influential art leaders. Since taking charge after the retirement of Douglas Druick, Rondeau has hired Ann Goldstein to replace him as chair and curator of Modern and Contemporary Art, making the notable move to co-appoint her as deputy director. Despite the Institute’s unsubtle moves toward cultivating its contemporary program, speculation remains as to what will be Rondeau’s legacy, alluded to in Druick’s retirement statement as “an all-important five to seven year endeavor to realize the museum’s long-range plan.” Will it be the “spatial expansion” that Rondeau referred to on his first day as director last year?

2
Kenneth Griffin
Collector & CEO, Citadel
As the richest man in Illinois, with an $8 billion net worth, Griffin frequently makes headlines for his far-reaching donations. In 2017 he’s already believed to have broken the record for the largest contribution ever made by a non-candidate to a political campaign when he gave $20 million to Governor Rauner’s re-election bid. But the investment firm founder is also known as an avid art supporter. He is a trustee at both the Art Institute, where he helped build the Modern Wing, and the Museum of Contemporary Art Chicago. In April of this year, he gave $1 million to support the MCA’s fiftieth-anniversary programming. His donation will allow the museum to provide free bus transportation to school groups visiting during its anniversary year and will assist in outreach for teens.

3
Madeleine Grynsztejn
Director, Museum of Contemporary Art
In almost a decade as director of the Museum of Contemporary Art Chicago, Madeleine Grynsztejn has seen the museum through ambitious growth, culminating in this year’s renovation of the first- and second-floor spaces into semi-public areas focused on education and engagement, as well as a Chris Ofili-designed restaurant with a menu created by Chicago’s very own Jason Hammel. More than simply keeping apace with the trends of audience attraction, Grynsztejn has put the “contemporary” back in the MCA, showing more work by younger, living artists as well as Chicago natives. This year marks the MCA’s fiftieth anniversary, a landmark moment and a chance for the museum to once again redefine what “contemporary” means to art in Chicago. 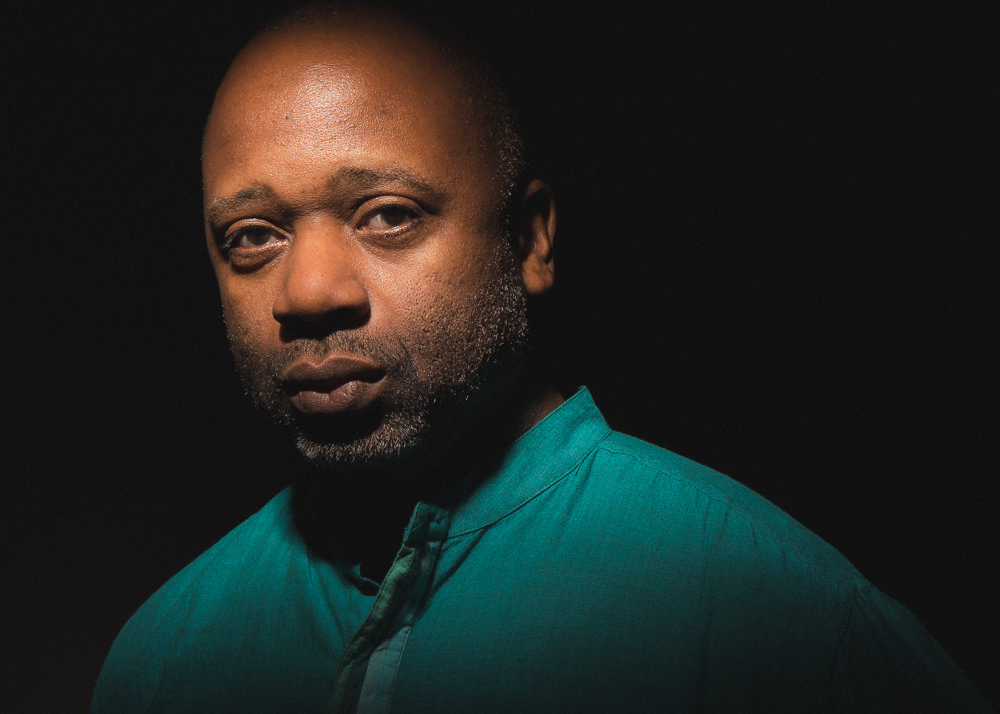 4
Theaster Gates
Director, Arts + Public Life, University of Chicago
Still the perennial poster boy for Chicago’s art renaissance, the mythos surrounding Gates’ rise to prominence remains full of mystery and intrigue. How exactly did he convince Mayor Emanuel to sell him a historic, if derelict, bank for a mere dollar? How does everything that Gates touches—urban debris, most iconically—turn into powerful cultural institutions or artworks scraping just short of million-dollar price tags? This year, Gates opened a major solo exhibition at the National Gallery of Art in Washington, D.C., where he was also recently tapped for the board of the Hirshhorn Museum and Sculpture Garden. Apparently there is no end to Gates’ capacity to make magic, as he continues to lead the Rebuild Foundation, the University of Chicago’s Arts + Public Life initiative, and sit on the board of trustees at the DuSable Museum of African American History. Next year, Gates’ public commission for the 95th Street Red Line station will be unveiled to mark the finish of that line’s renovations. 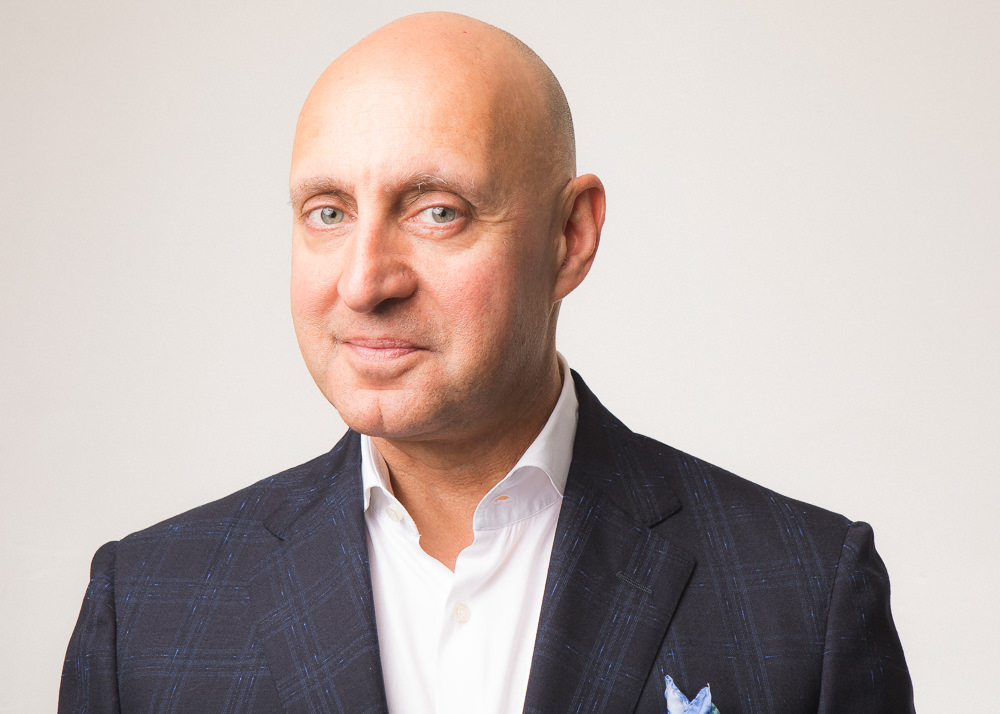 5
Tony Karman
President and Director, EXPO Chicago
Anyone who has met Tony Karman will attest to his humility and charm, two traits that are not common in the ruthless seas of the art world. Miraculously, Karman has managed to make the unbelievable happen in Chicago for the sixth time in a row—staging EXPO Chicago, the city’s international modern and contemporary art fair. Taking up the tradition begun in 1980 by Chicago International Art Exposition, the United States’ first international art fair, and then Art Chicago, EXPO Chicago now boasts 135 galleries converging from twenty-five countries. This year’s EXPO builds on its expansive programming from prior years with artist talks, outdoor public art installations, a citywide billboard art project, and critical and curatorial forums. Karman manages to put a welcoming public face on an event that is all about the bottom line.

6
Elissa Tenny
President, School of the Art Institute of Chicago
The first woman president in the century-and-a-half history of the School of the Art Institute of Chicago, Elissa Tenny took the lead of the school last year after serving as provost and senior vice president of Academic Affairs since 2010. In that role, she instituted the Schapiro Center for Research and Collaboration to push SAIC programs into the city’s West Side communities. Since becoming president, Tenny oversaw the school’s 150th anniversary and the launch of the Beautiful/Work campaign, a major philanthropic step to build the country’s premier art school and distinguish it from the museum to which it’s long been connected.

7
Stefan Edlis and Gael Neeson
Collectors
What’s left for Chicago’s most famous art-collecting couple after they left a portion of their legendary trove to the Art Institute of Chicago in a major gift deal that secured several galleries in their name for decades to come? Assuming that the couple’s two-hundred-work collection continues to grow, the AIC could see more donations. If not, their names will still be remembered for years to come in the museum’s galleries that bear their name.

8
Rhona Hoffman
Gallerist and Owner, Rhona Hoffman Gallery
The godmother of contemporary art in Chicago, Rhona Hoffman has achieved deity status in our city’s art world. Since her days as a fledgling gallerist in the mid-seventies, Hoffman has swayed the tastes of collectors and museums alike, bringing Minimalism and conceptual art to a city that had been fixated on realism and tradition, and later, the Imagists. Today, Hoffman continues to uncover some of the best new talents in contemporary art. With a roster that ranges from Sol LeWitt to Michael Rakowitz to Nathaniel Mary Quinn, Hoffman maintains a heady mixture of conceptually rigorous, historically significant and formally captivating artwork in her West Loop gallery.

9
Neil G. Bluhm
Collector
A life trustee of Northwestern University and the Art Institute of Chicago, Bluhm is also the former co-chairman of the board of the Whitney Museum, where the fifth-floor galleries of that New York museum’s new building bear his name. His wealth comes from a strong cocktail of real estate and casino investments, including the Rivers Casino in Des Plaines, one of America’s highest-grossing gambling facilities. We may never know what work he has amassed in his decades of art collecting unless he decides to gift some of it to a public institution. Considering his commitments to the Whitney, Chicago might not be his first choice for its home.

10
Sarah Herda
Director, Graham Foundation for Advanced Studies in the Fine Arts
The Graham Foundation has consistently challenged the disciplinary lines between art, architecture and design since its founding over sixty years ago. Herda, who has led the institution for more than a decade, has seen it through an expanded program that focuses more deliberately on contemporary work at the intersections of this triad. Meanwhile, the Graham continues to dole out major grants to individuals and organizations for books, research, commissioned artworks and exhibitions. Having co-curated the inaugural Chicago Architecture Biennial in 2015, Herda’s profile only continues to rise.